The tips have proven to be true and French manufacturer Archos has indeed unveiled its next device obsession. While many OEMs are still struggling to join the smartwatch train, Archos perhaps decide that it’s more fun to play, quite literally, in a virtual market. Virtual reality, that is. Luckily for us, while Archos does have its own smartphone line, it isn’t rooting for any single one and has instead made its VR Glasses compatible with almost every size short of 6 inches.

To be honest, Archos is probably the last brand you’d think to make an excursion into virtual reality, but the OEM is quite ambitious in saturating the market, and your home, with its devices, ranging from smart lamps, to weather stations, to, well, a beany. It’s a good thing though that Archos isn’t being exclusive. It is, at least for now, more open than the ZEISS VR One as the Archos VR Glasses is advertised to work with any screen up to 6 inches. How it does that, it doesn’t fully say. But for the best results, it recommends a smartphone that has a 5-inch Full HD display, quad-core processors, and motion sensors.

But hardware is always only half the story and especially for VR, you need the right apps to give that 360-degree illusion. According to Archos, there are already 100 VR apps that are compatible with the headset, though it doesn’t name a single one. It mentions that its Archos Video Player will be updated to allow for stereoscopic 3D viewing with the VR Glasses. Curiously, the VR Glasses supposedly don’t discriminate between platforms, as it can work with Android, iOS, and even Windows Phone, provided those also have the proper VR apps to run. As for use cases, you have your usual gaming and 3D videos, but Archos also makes mention of one that we don’t really hear often: giving the illusion of flying by pairing up the smartphone with a drone camera. 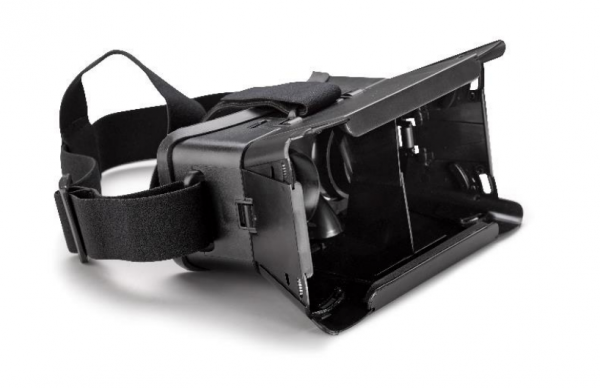 In terms of design, compared to attempts like the Gear VR, the Vortex VRTX I, and the ZEISS VR One, the Archos VR Glasses looks frighteningly clunky and bulky, but the manufacturer promises that it is quite lightweight and robust. But perhaps the best announcement they’ve made about it is that, like its many mobile devices, the VR Glasses won’t cost you an arm or a leg or both. The Archos VR Glasses will be available starting November for an astounding low price of $29.99.