An LG-powered virtual reality headset which relies on the G3 smartphone has beaten Samsung’s well-rumored Gear VR to market, helped along the way with 3D printing. Vortex VR’s VRTX I is effectively a head-mount for the LG G3, relying on the smartphone’s 5.5-inch 2560 x 1440 display to deliver high-res graphics for each eye.

According to the company, thanks to the Quad HD panel the VRTX I is actually higher resolution than most other virtual reality headsets on the market right now. That’s particularly important when you’re wearing a display, since pixelation is a shortcut to an unconvincing gaming or entertainment experience, or potentially even headaches or motion sickness. 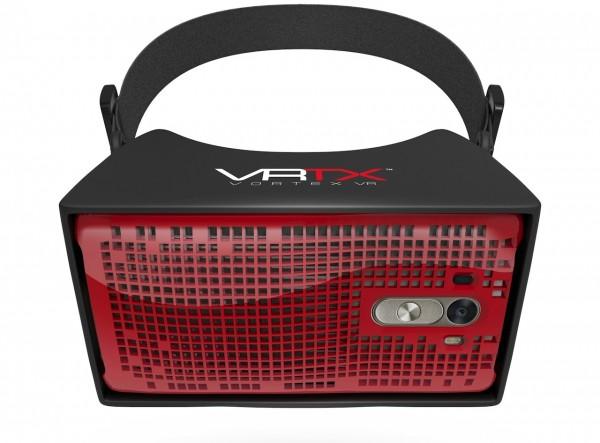 The headset is custom printed by 3D Systems, which just happens to be the company Google is working with on a high-speed printer for the Project Ara modular phone. Far from the nylon string domestic 3D printers use, 3D Systems can lay down titanium, ceramics, and even chocolate.

Of course, hardware is only useful if you actually have software to run on it, which is where GameFace Labs comes in. The company made headlines earlier this year with its own Oculus Rift alternative, a Snapdragon powered headset with a 2560 x 1440 resolution display and all of the usual connectivity and processing that you’d expect to find in a smartphone.

At the time, it was lauded by several who played with the prototype for being a standalone system, rather than requiring a tethered PC or console.

It’s unclear where this Vortex VR collaboration puts the GameFace Labs headset. By opting to build around a G3, the whole pricing barrier could be overcome relatively easily, for instance; alternatively, it could be an easy way to get the company’s software and development kit into the hands of developers, with a full consumer version later down the line.

We’ll know more when developers start to pick up the head-mounted display, which is up for order now at $99.99.