Virtual reality is getting another chance to go mainstream. It is fast becoming an interest, even an obsession, not only among gamers but even some technology outfits as well. Even mobile device makers seem to be trying to get in on the fun, which might not be surprising considering smartphones are invading every corner of the digital world. Somewhat surprising however, is the fact that optics experts Carl Zeiss is also joining the bandwagon with the ZEISS VR ONE, offering not only something cheaper but also something more open.

Oculus could perhaps be credited for the recent resurgence in interest in VR, with its goal of making Oculus Rift into a viable consumer product, but so far it is still in the development stage. Google has tried to chime in with its Google Cardboard, which is an attempt to democratize that product but its DIY nature, not to mention availability of parts involved, will probably scare off not a few from even making an attempt. Just recently, Samsung has unveiled it’s own attempt with the Gear VR, probably the first real commercial VR headset soon, but it is, unsurprisingly, limited to only the Galaxy Note 4.

Enter the ZEISS VR One, similar in concept to the Gear VR but expands on it by making it compatible with more than just one smartphone model. At launch, the VR One will at once support two smartphones, the 4.7-inch iPhone 6 and the Samsung Galaxy S5. This is accomplished through interchangeable drawers that theoretically fit any smartphone between 4.7 to 5.2 inches, though those drawers have to be brought separately for specific models, but they won’t cost that much. ZEISS has also left the door open for other smartphones to have their own drawers available post-launch, with a poll that indicates that the Galaxy S4 is the most requested one. ZEISS notes that while the headset itself doesn’t contain water-sensitive electronic components, the lenses could be damaged by water and it also doesn’t protect the smartphone itself. The device also shares the Gear VR’s limitation of having to rely on wired headphones or bluetooth headsets connected to the smartphone directly for audio. Controls, especially for games, will also have to be done via wireless gamepads. 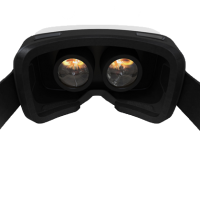 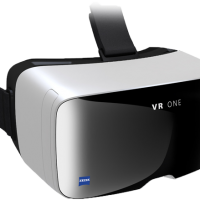 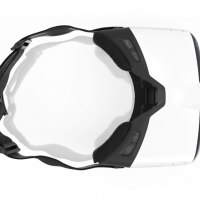 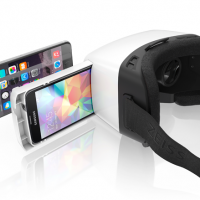 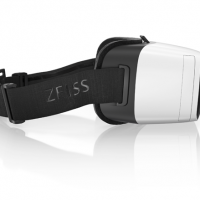 The ZEISS VR One is open in more than just hardware. Already there is an open source SDK based on Unity3D for both iOS and Android developers to use for developing apps and games for the device as early as now. At launch, there will be two content available for users. One is a media player and it functions as you would expect on a VR-based device. The second isn’t actually a game but still an interactive Augmented Reality app that works with an AR cube shipping with the device. The lack of other announced content for the device, particularly games, is a bit worrying, but hopefully more will jump into the opportunity before the headset ships out. 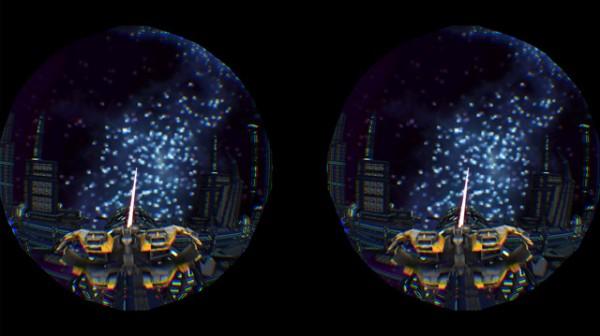 The other thing that makes the ZEISS VR One a potentially more viable alternative is that right now it only costs $99.90, almost half as much as Gear VR, which requires you to have an even more expensive Galaxy Note 4 first. Each drawer will cost an additional $9.90, though, as mentioned, only two are available at launch. Pre-order has already started and ZEISS hopes to start shipping the device before Christmas.