Canalys says about 720,000 Android Wear devices have been shipped. Of those watches, the Moto 360 is ‘the clear leader’ in the clubhouse, with the G Watch R from LG also making an impact versus its squared sister device. Their findings are interesting, but the caveat is ‘shipped’ versus ‘sold’. We know the two don’t directly correlate (we saw that with Samsung tablets). Now I’m starting to wonder if the Apple Watch has already beaten Android Wear, without ever having seen the inside of an Apple Store.

A recent study suggested 10% of iPhone owners are ‘very likely’ to buy Apple Watch. Though not a large sampling (1,864 ‘smartphone owners’), it was worldwide, and encompassed all smartwatches available or confirmed at the time.

Apple’s latest numbers show 74.5 million iPhone 6 and 6 Plus’ sold last quarter. If 10% of those users bought the Apple Watch, Apple would have about 7.5 million Apple Watch users almost immediately.

If but 1% — one percent — of iPhone users from last quarter alone purchased an Apple Watch, the wearable would be on-par with Android Wear in terms of users. That also assumes Android Wear shipments mean sales, and they don’t. 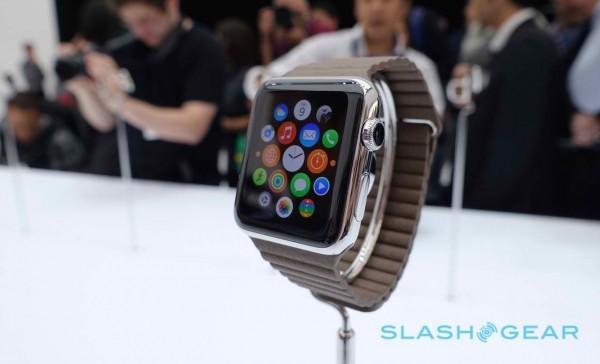 Apple was having trouble keeping their iPhone 6 and 6 Plus in stores — their own stores — so we can safely assume their reported iPhone 6 numbers actually represent sales.

As for the actual number of Apple Watches that will sell, we’ll find out starting in April. It could also depend on how Apple stretches their Apple Watch lineup. If they have more ‘Sport’ than anything else, we’d likely see more units move out of stores on wrists. With a starting price of $349, Apple Watch isn’t cheap, so lower-end devices will likely move faster.

So why is this important for you, the consumer and technology user? I’m not trolling Android Wear, but keep this in (your very open and objective) mind: Developers follow the money.

If there’s an instant user base of 7-8 million users (give or take), the focus turns to Apple Watch for Developers. That means Android Wear will likely be right where Android usually is, with iOS getting apps first, and Android getting them later — sometimes much later, if at all.