Apple has released the iOS 14 and iPadOS 14 public betas, giving eager iPhone and iPad owners an early taste of the latest software. While Apple isn’t planning to launch the final versions until the fall, its public beta program offers the cutting-edge a few months before that – albeit with the proviso that not everything may work exactly as intended.

It’s been five years since Apple started the public beta program for iOS, all the way back for iOS 8.3 in fact. As with its developer betas, it’s an opportunity to get more widespread testing of the work-in-progress software, and hopefully identify some last-minute bugs before the final launch.

This year, there are a number of features which might coax you into flirting with beta software. On the iPhone side, iOS 14 brings with it a new home screen with support for customizable widgets. There’s also a new Smart Stack widget system, which promises to intelligently curate what you see depending on context, such as time of day.

App Library, meanwhile, does roughly the same thing for applications. It brings all the software on your iPhone into one screen, organized automatically into categories. Indeed, getting access to information and features without having the whole screen monopolized is a consistent theme of iOS 14, with things like a new compact call UI and picture-in-picture video and FaceTime support. 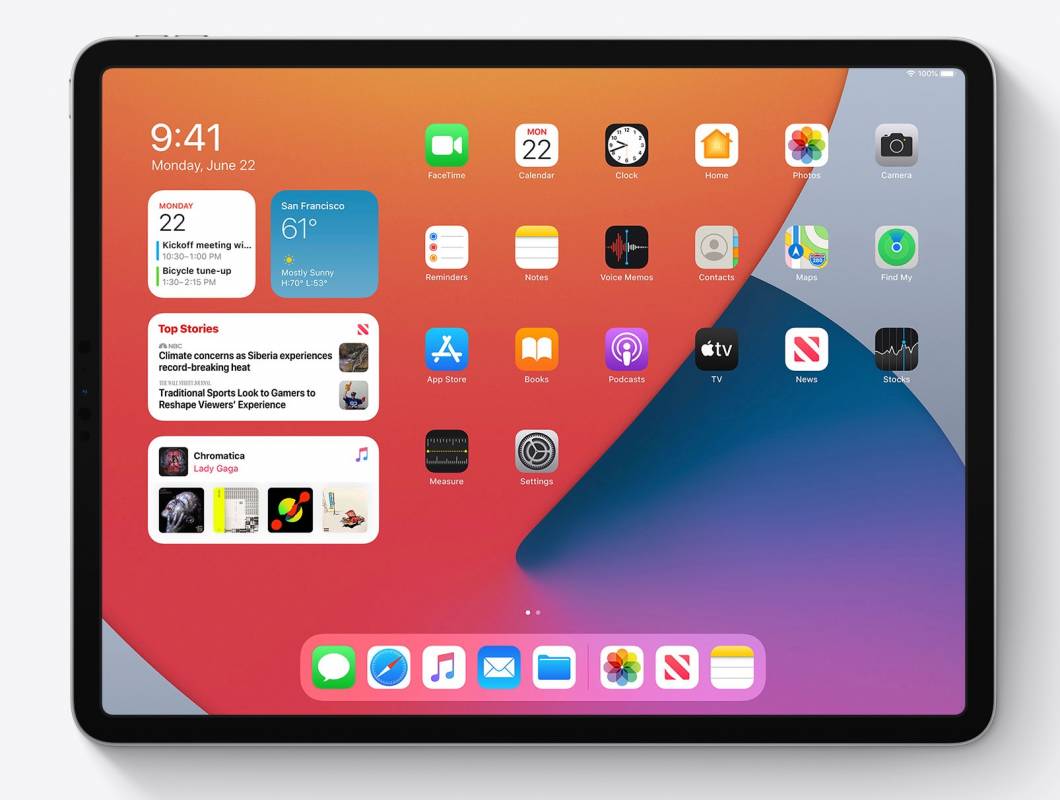 For iPadOS 14, bringing the iPad experience closer to what you might expect from a laptop is at the core. There’s a new home screen layout too, including the redesigned widgets and Smart Stack support, while in apps there are new sidebars and pull-down menus. Search has improved, and now has a floating bar that presents results as you type, much as macOS search operates.

Scribble may be the biggest new iPadOS 14 feature. It allows Apple Pencil to be used for text entry, converting handwriting to typed text, and allowing you to write into text fields. An update to the Notes app adds search of handwritten notes, among other things.

Taking part in the iOS 14 and iPadOS 14 public beta is free, though Apple hopes that users will send feedback if they encounter any bugs. It’s also worth noting that, since this is pre-final software, some glitches are almost inevitable. While the feedback from developers who have had access to early iOS 14 and iPadOS 14 betas has been pretty positive so far this year, problems can and will still probably arise; you might want to hold off loading iOS 14 onto your iPhone if it’s your only device. You’ll need one of these iPhones or iPads in order to take part.