When Google releases a new version of Android, it’s like a celebration for devices of all sorts. Your device might not get the Android 5.0 Lollipop operating system in its entirety when it’s released, but you can bet that Google’s innovations in the software will trickle down to you eventually. What we’re doing today is checking out everything Google has in store for the Nexus line of smartphones – their babies. Their “this is what we want, ideally” devices.

You’ll want to check out each of the three new Nexus devices revealed with Android 5.0 Lollipop. There’s the Nexus 9 tablet from HTC, the Nexus 6 smartphone from Motorola, and the Nexus Player from ASUS. 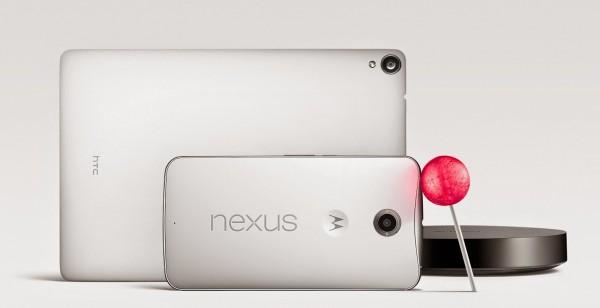 When you get a new Android device and your old Android device – both of them – work with Android 5.0 Lollipop or higher, you’ll be able to tap them together with NFC and instantly update your newer phone. Your new phone will have all of your old apps downloaded and your old data transferred.

You’ve also got automatic backups – not that you didn’t before, but you still do now. And Google is pushing it big-time with one of their new Android 2.0 video spots in support of Lollipop, as you’ll see above.

Starting with Android 5.0, Google devices with Android with “digital signal processing” will have “OK Google” voice support when your screen is off. This will work immediately with the Nexus 6 and Nexus 9. 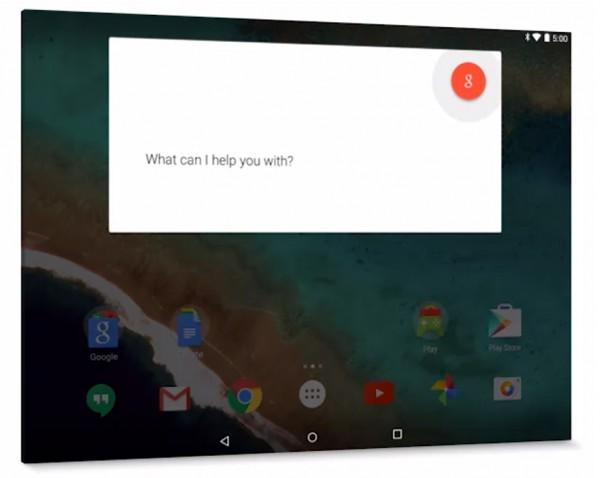 Google has aimed their development cannons at BLE – aka Bluetooth 4.0, 4.1, Bluetooth Low Energy. They suggest that Lollipop will include “power-efficient scanning” for all nearby BLE devices with your smartphone or tablet, looking for wearables or beacons. There’s also a new “BLE peripheral mode” – which we must assume incorporates more “optimized” sensing and retaining of connectivity.

Lollipop will improve network handoffs that result from limited interruption of connectivity. If you’re moving from network to network – or Wi-Fi to cellular data – and you’re playing a movie or speaking with VoIP or on video chat, your Android device won’t skip a beat. Or won’t skip as many beats, that is to say.

Instead of accessing Quick Settings with a swipe and a button tap, Google has changed this access to two swipes from the top of your screen. This Quick Settings screen has several controls that are either entirely new or have just been made standard by Google with this release:

Google seems to have worked some real magic with Android 5.0 Lollipop because they suggest they’ve integrated the following: “A battery saver feature which extends device use by up to 90 mins.” That’s quite the claim!

There’s also a new feature that shows Estimated Time Left to Fully Charge when you’ve got your device plugged in. Estimated time left on battery is also a new standard feature, to be found in battery settings.

Priority Mode is a new feature for Lollipop – this feature lives in your device’s volume button controls and allows only certain people and notifications to get through. Priority Mode can be scheduled to appear at certain times of the day, as well. 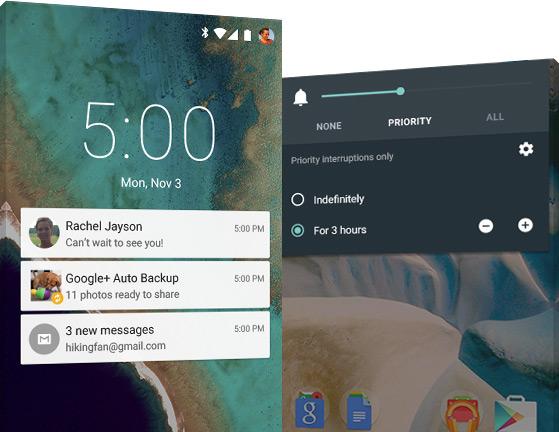 Lollipop pushes incoming phone calls to a minimum notification instead of taking over your entire screen. You can choose to take a call or dismiss easily.

Notifications can be seen by “tapping the top of the screen”. Each app can have its notifications prioritized or shut off completely – hiding sensitive content with ease.

Lock screen responses are activated in Lollipop. If you get a text message, for example, you won’t have to unlock your phone to tap in and respond.

Lollipop has encryption automatically turned on for devices that launch with the OS. From Android 5.0 forward, Google will enact SELinux enforcing for all applications, making the entire Android ecosphere more secure. 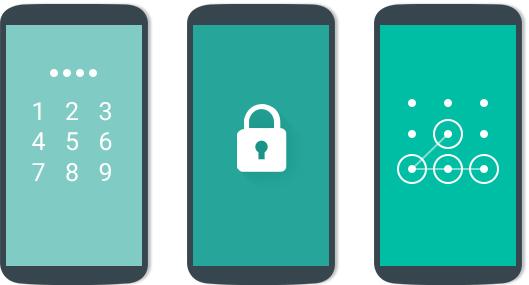 Android 5.0 Lollipop allows USB Audio support. This means you’ll be able to plug in USB audio devices like microphones, speakers, and amplifiers into your Android device. Lollipop also enacts multi-channel audio stream mixing with up to eight channels including 5.1 and 7.1. 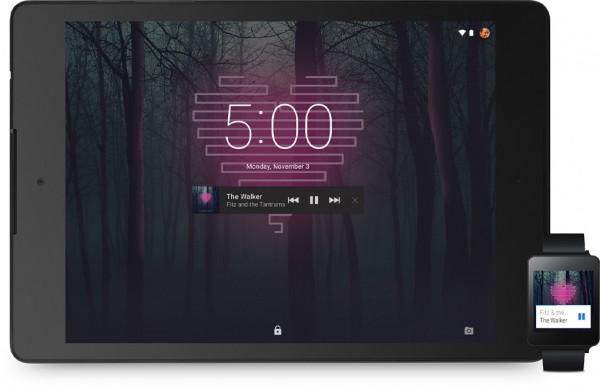 We also went in-depth with What Android Lollipop will look like – back when it was just called “L”, that is.

More on Android 5.0 Lollipop on into the future

SlashGear now has a fully functional [Android Lollipop tag portal] you can dive into for more Lollipop-centric news, guides, and everything in-between. SlashGear’s [Android Hub] will also continue to expand with waves of Lollipop from here through the next big update – which we must assume will be Muffins.

Because Google said so: