Amazon is working on radar tech that could be used for sleep tracking, gesture control, and more, potentially paving the way to a new Echo smart device that might offer similar features to Google’s latest Nest Hub. Currently, select Amazon Echo smart display models use camera-based person tracking, in order to keep the user centered for video calls. However this new system could be far more precise in its tracking.

The “Radar Sensors” in development were revealed courtesy of an FCC filing made by Amazon in June. The technology requires permission to function at higher power levels, something Google had to request for its Project Soli system several years ago.

Amazon’s request, spotted by Bloomberg, describes several potential benefits of the technology. “By capturing motion in a three-dimensional space, a Radar Sensor can capture data in a manner that enables touchless device control,” the filing suggests. “As a result, users can engage with a device and control its features through simple gestures and movements. Facilitating touchless device control could have a substantial societal impact by greatly enhancing the accessibility of everyday devices.”

That might be beneficial to people with “mobility, speech, or tactile impairments,” Amazon points out. 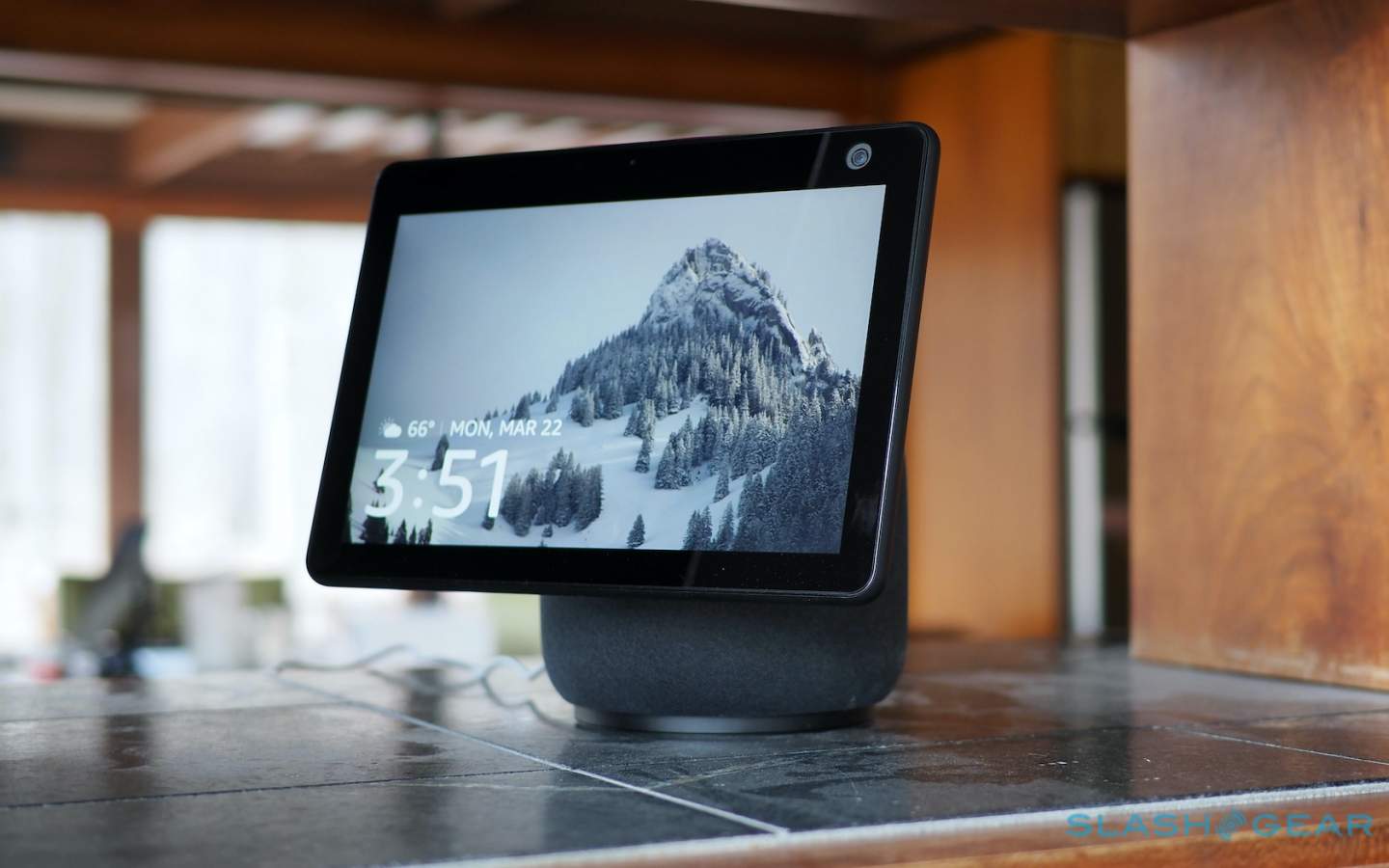 “The Radar Sensors would also be used for contactless sleep tracking that would rely on the bandwidth available under the rule and the modest increment in additional radiated power to be achieved under the waiver so as to monitor sleep with a higher degree of resolution and location precision than would otherwise be achievable,” Amazon adds. “In doing so, these devices would enable users to estimate sleep quality based on movement patterns.”

Again, Amazon bills this as being potentially beneficial for individuals. “The use of Radar Sensors in sleep tracking could improve awareness and management of sleep hygiene,” it argues, “which in turn could produce significant health benefits for many Americans.”

Exactly what Amazon has in mind is unclear, and the FCC filing does not go into specific details. However the request is for “non-mobile devices,” which suggests an Echo IoT device is more likely.

In the case of Google’s second-generation Nest Hub, for example, a Soli radar sensor is used to track sleep patterns and things like breathing rate of people in bed. Designed to be positioned on a nightstand, the smart display can monitor different sleep phases and then calculate an overall rating of how well the individual rested. 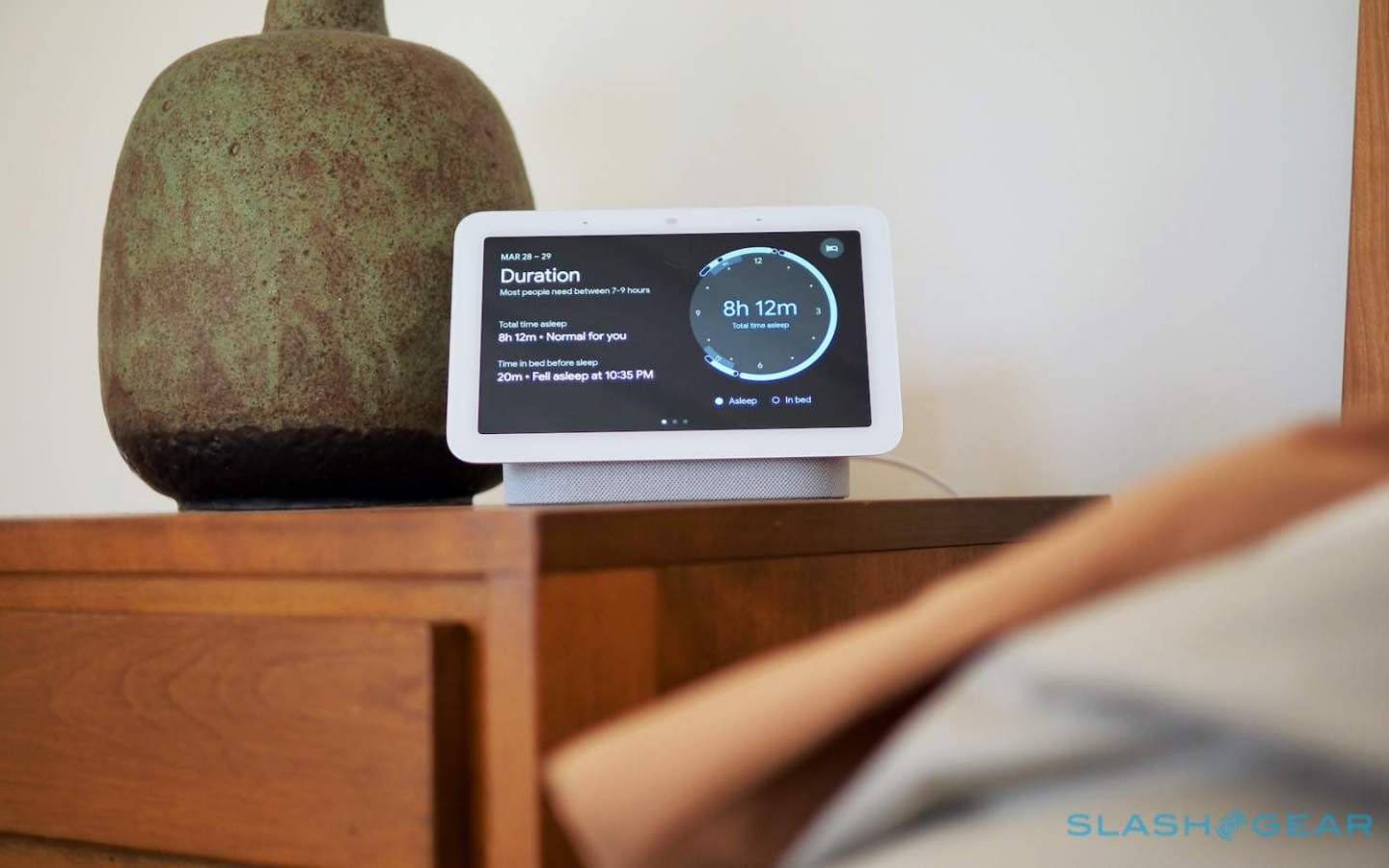 Importantly, Google pointed out at the Nest Hub’s launch earlier this year, it does so in a more private way than a camera might function. The radar sensor can see movement at a granular level, but not distinguishing features. That’s key if you want to encourage people to bring your device into their bedroom, where the idea of having an internet-connected camera switched on might be unpalatable.

Privacy has been a lingering headache for Amazon and its Alexa-powered devices, with some concern about the idea of having always-listening microphones in the home. The company has previously offered a smart display – the Echo Spot – intended for use on a nightstand, though it was equipped with a camera (that could be turned off, Amazon argued) and lacked sleep tracking. Launched in 2017, it was discontinued in 2019.

However that’s not the only possible application of the Amazon radar tech. The company is believed to be working on a wall-mounted Echo touchscreen, which would act – among other things – as a smart home control hub. That could use the radar-powered gesture tracking to allow adjustments to things like temperature and media playback volume from across a room.