Of all Alexa’s various enclosures, the Amazon Echo Spot is undoubtedly the cutest. Its body is spherical – larger than a baseball, but much smaller than an Echo Show – and fronted with a 2.5-inch circular touchscreen. That’s a display shape still rare enough to make the whole thing eye-catching; question is, has Amazon done enough to make the Echo Spot more than just that gimmick?

On top there are four microphones and three buttons: volume up and down, and a microphone/camera mute. Press the latter and, not only can’t Alexa hear you, but the video camera nestling above the display is turned off too. Alternatively, you can turn the camera off separately with a voice command, meaning video calls are deactivated but you can still ask the virtual assistant questions. 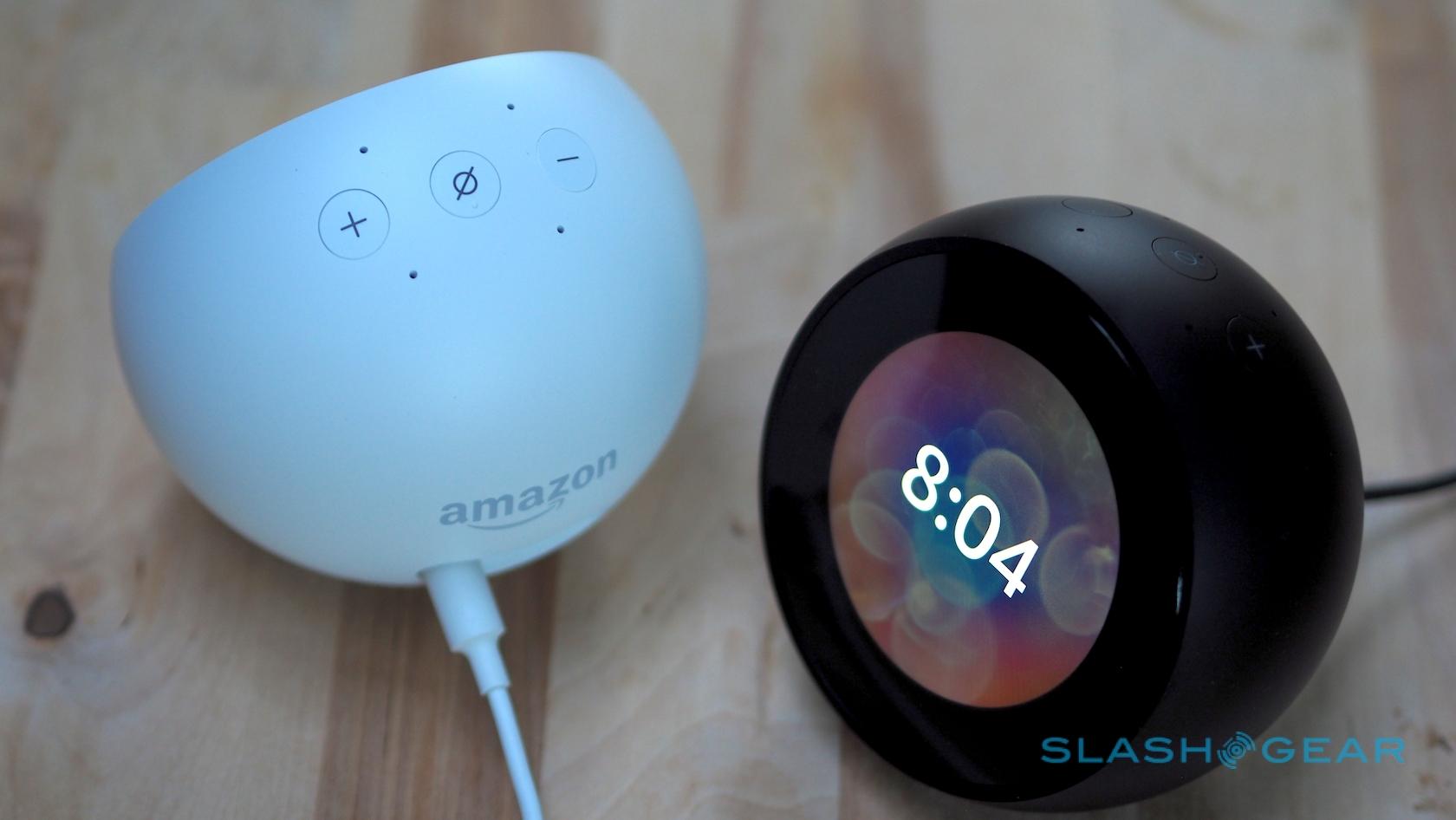 Setup is straightforward, and unlike a voice-only Echo can be completed entirely from the Echo Spot itself. Once you’ve typed your WiFi password and Amazon account details in, using the small but functional on-screen keyboard, the smart speaker works just like an Echo Show does. You can customize the settings in the Alexa app, such as setting the precise location, as well as turn on Drop-In video calling.

However, changing the clock – there are various analog and digital options – and other basics can all be done through the touchscreen itself. Once you’ve set up any smart home devices, such as connected lights, you can control them by voice. A 3.5mm aux-out connection on the back allows you to hook Echo Spot up to larger speakers, but there’s also Bluetooth to pair a wireless speaker if you’d prefer. 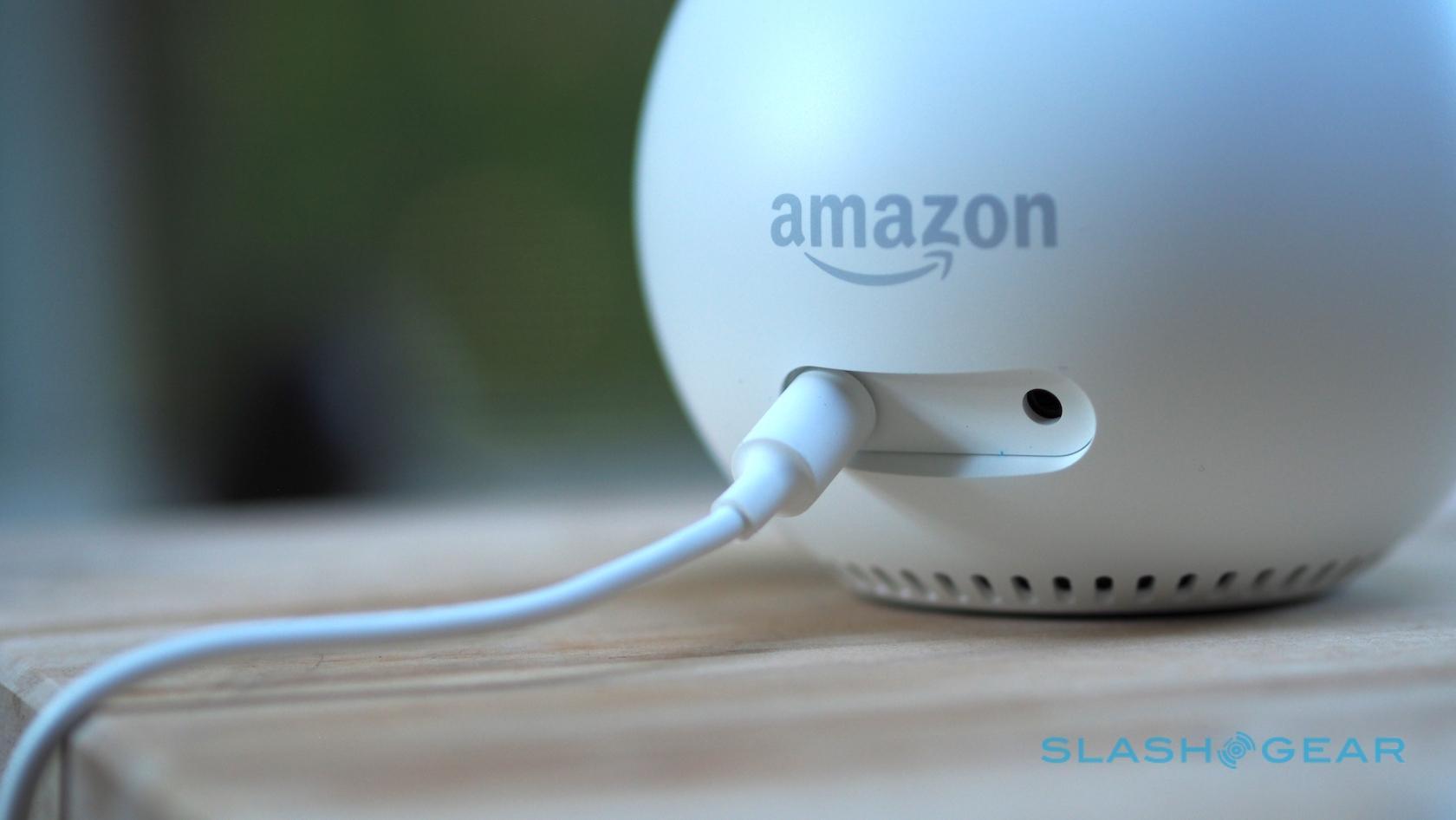 Interestingly, the Echo Spot actually supports Bluetooth audio streaming in both directions. For instance, you can pair your smartphone with it, and play back music through the Echo Spot’s own speakers. That’s useful, though with a single 1.4-inch speaker it’s hardly going to win awards for audio quality. It sounds better than an Echo Dot (a fairly low bar, it has to be said) but lacks the volume and low-end support that you can find in varying quantities in the rest of the range. 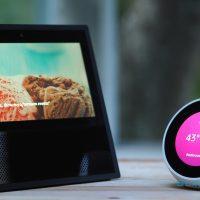 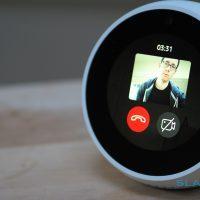 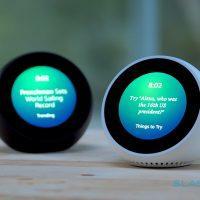 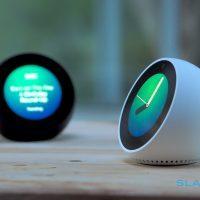 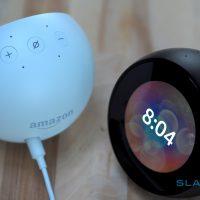 So where does Echo Spot fit in Amazon’s Alexa line-up?

That’s all well and good, but whereas the Echo Dot is currently selling for thirty bucks – less than half the price of the second-generation Echo – the Echo Spot is $129.99. In contrast, Amazon will sell you an Echo Show for $149.99. For that, you miss out on the cutesy design but get a far larger, 7-inch touchscreen and much better speakers. 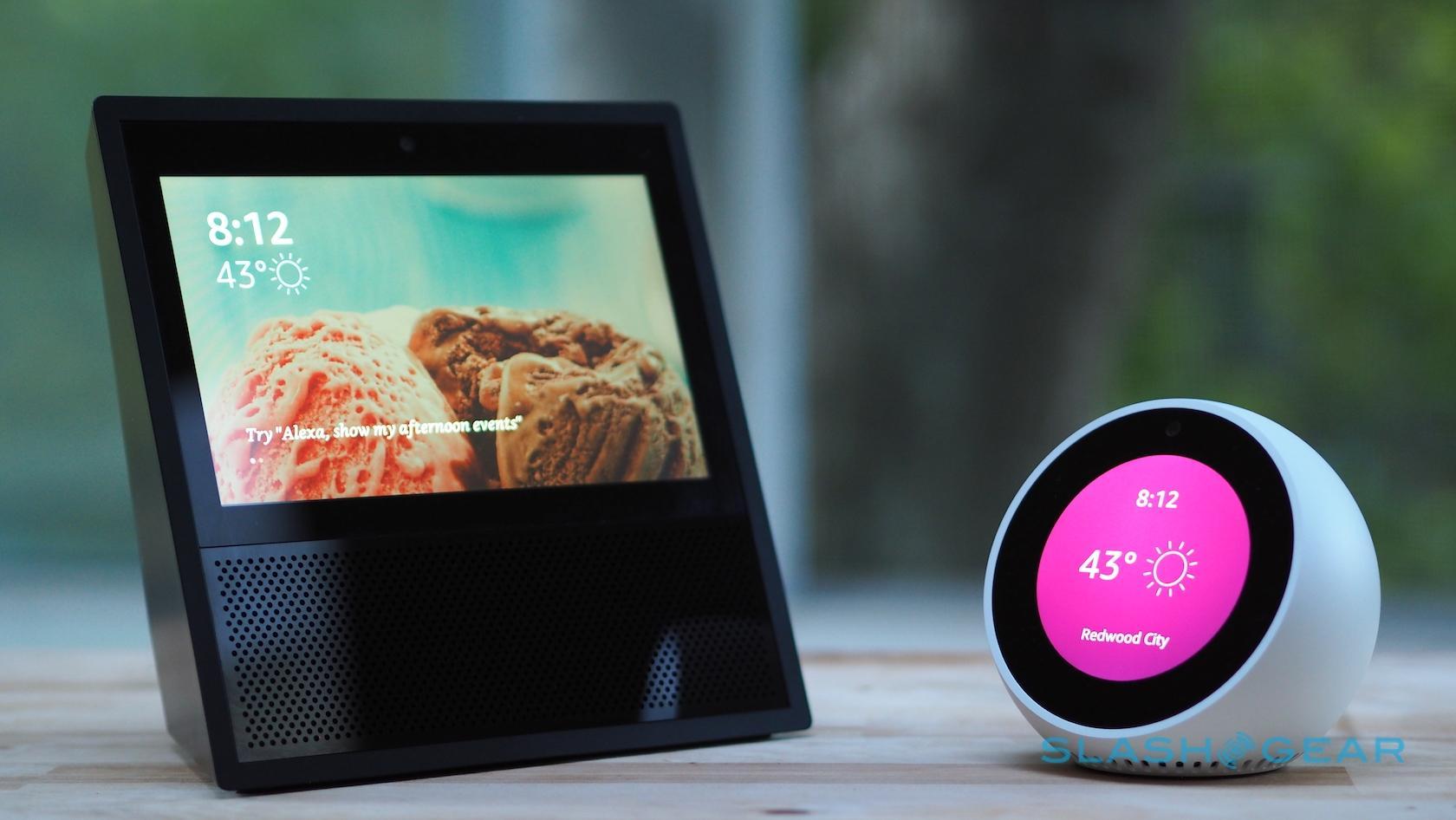 Which screen-blessed flavor of Alexa you go for, then, depends on where you plan to put it. Arguably the natural place for Echo Spot is the bedside nightstand. There, it could replace an alarm clock – you can ask for alarms to wake you with a specific artist or track, courtesy of a recent update – as well as allow you to turn off all the smart home devices in one fell swoop, and give you a rundown of the news in the morning.

Of course, for that to work you also need to be comfortable with always-on microphones and a camera watching you while you’re in bed, something that turned out to be a deal-breaker to my partner. So, Echo Spot ended up on the kitchen counter instead.

Being able to get recipes read out, you music playback controlled by voice, and have impromptu conversions of weights and measures is still incredibly useful. The smaller screen size, not to mention its shape, does limit what can be shown on-screen at any one time, however. I found myself saying “Alexa, show me more,” a whole lot more frequently than I do with the Echo Show. Alternatively you can scroll with a finger on the touchscreen itself, but that’s not much use when your hands are wet or covered in food. 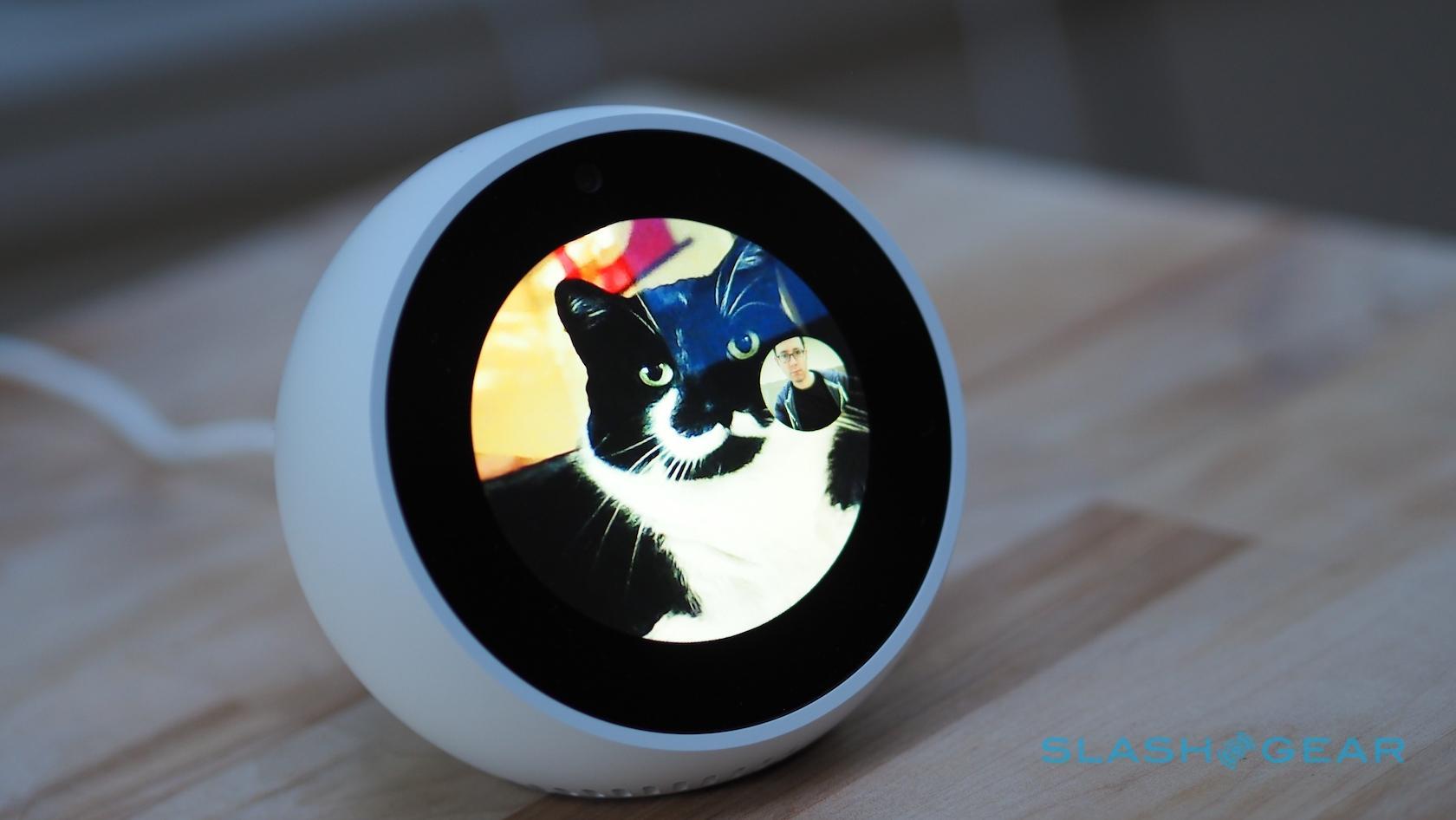 I also found myself using Drop-In more. Amazon’s video calling system allows you to have video chats either between Echo Show and Echo Spot devices within the home, or with any other contact elsewhere. It takes a little effort to turn on – sensibly it’s off by default; you have to both enable each individual Drop-In capable device, and your own account, before it’ll work – but after that I was able to use it as a home intercom.

“Alexa, drop in on the white Echo Spot,” for instance, would automatically call through to the other room. There’s no need to manually “answer” that call: it just starts automatically. Amazon fades the video in slowly from white, giving you a chance to shut the whole thing down if the timing isn’t right. During the chat, there’s a small thumbnail showing what your own camera is seeing. 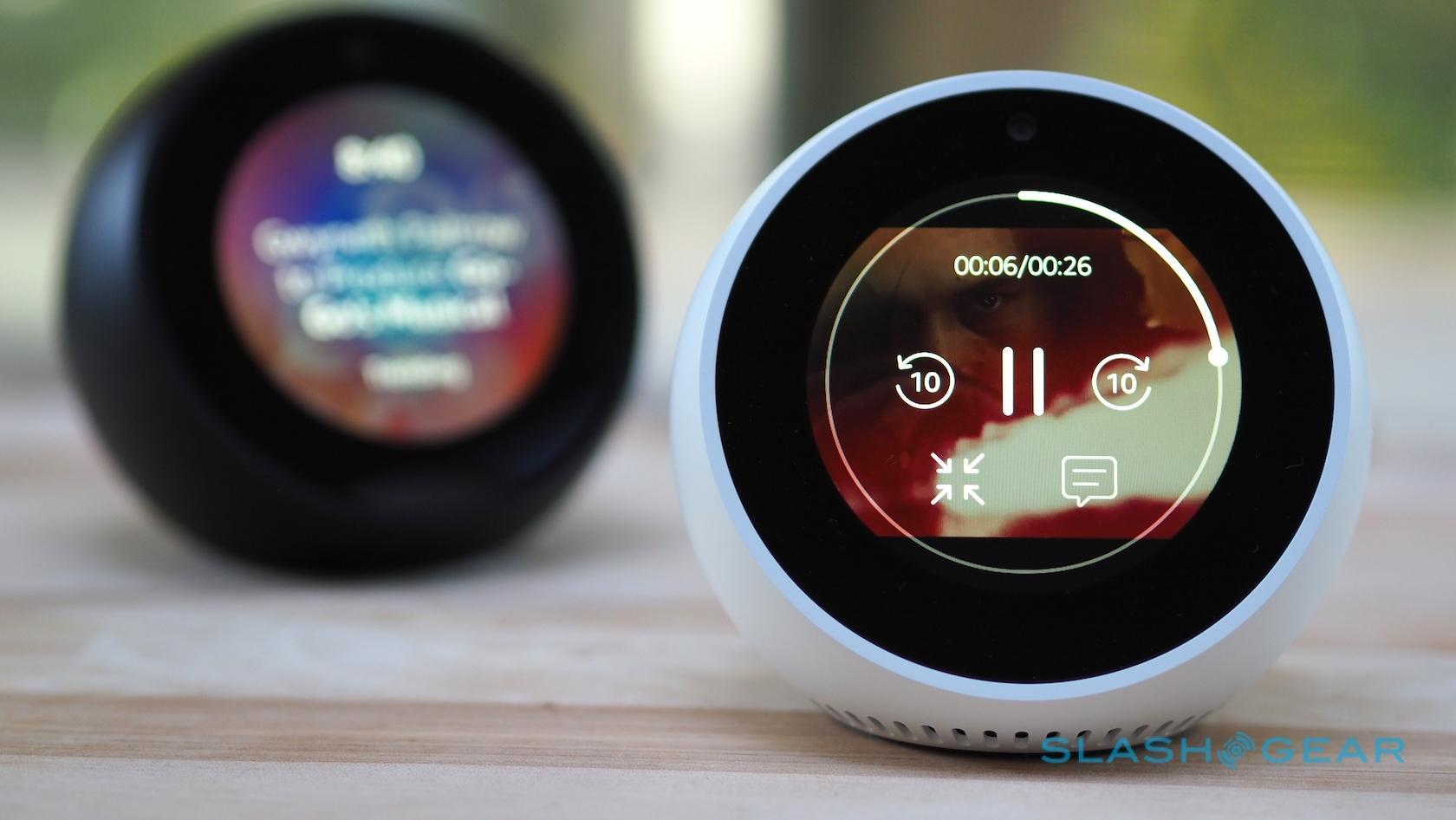 If you don’t have another video-capable Echo, you can do Drop-In video calls from the Alexa smartphone app. Alternatively, you can make free voice calls to any other Echo, or to phone numbers in the US, Canada, and Mexico. Teach Alexa the difference between each user’s voice in the home, and she can automatically recognize that if you say “Alexa, call mom” it’s a different contact to somebody else’s mother.

As for music, while there’s support for Spotify, Pandora, and more, if you use Amazon’s own services you’ll get on-screen lyrics synchronized to playback. A recent update brought multi-room music too, allowing multiple Echo speakers to be grouped together. If you have a Sonos system, you can control its playback using the Echo Spot. 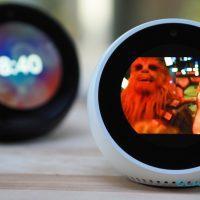 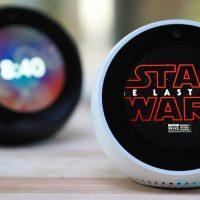 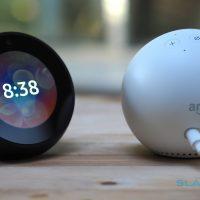 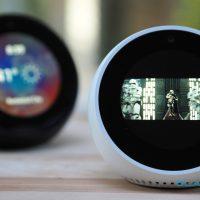 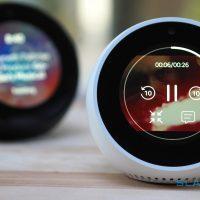 What could be better

The most frustrating thing about Echo Spot and Echo Show ownership right now is the ongoing spat between Amazon and Google. That has seen YouTube pulled from the smart speakers, though it’s arguably less of a loss for the Echo Spot than its larger sibling. 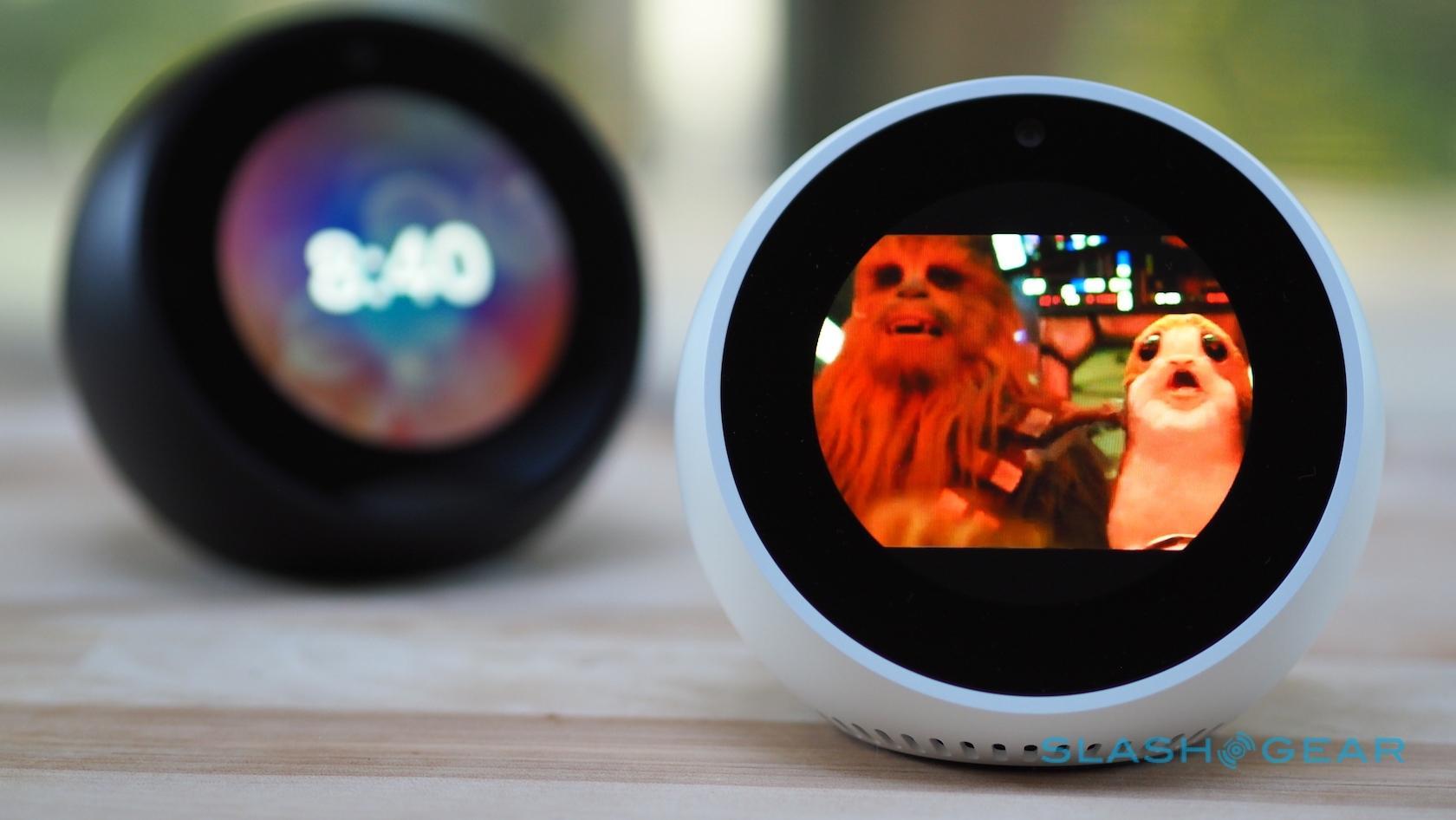 Video playback supports three levels of zoom. Since you’re trying to fit a rectangular clip onto a circular display, the choice comes down to whether you want to fill the screen up and sacrifice what’s going on around the edges, or see more of the frame but occupy less of the Echo Spot’s screen.

I found it more useful, in fact, for checking the stream from various security cameras I have installed. “Alexa, show me the Cloud Cam” brings up a stream from Amazon’s WiFi camera, for example. Unfortunately you still only get a live view: there’s no way to go back through previous recordings.

One of the strengths of Amazon’s cloud-based assistant is that the Echo Spot arrives and promptly takes advantage of all the advances Alexa has made over the past few years. That means plenty of smart home skills, third-party games, media services, and more. There’s a huge amount to experiment with out of the box, and Amazon has demonstrated a rapid pace when it comes to rolling out new features and updates.

Of course, it also means that the only thing really setting the Echo Spot apart is its size and unusual screen shape. The bigger Echo Show lacks its spherical sibling’s 3.5mm jack, but other than that you’re getting all the same functionality. When it was selling for $230 that was a big price differential in the Echo Spot’s favor; with the current $20 delta, it’s harder to justify. 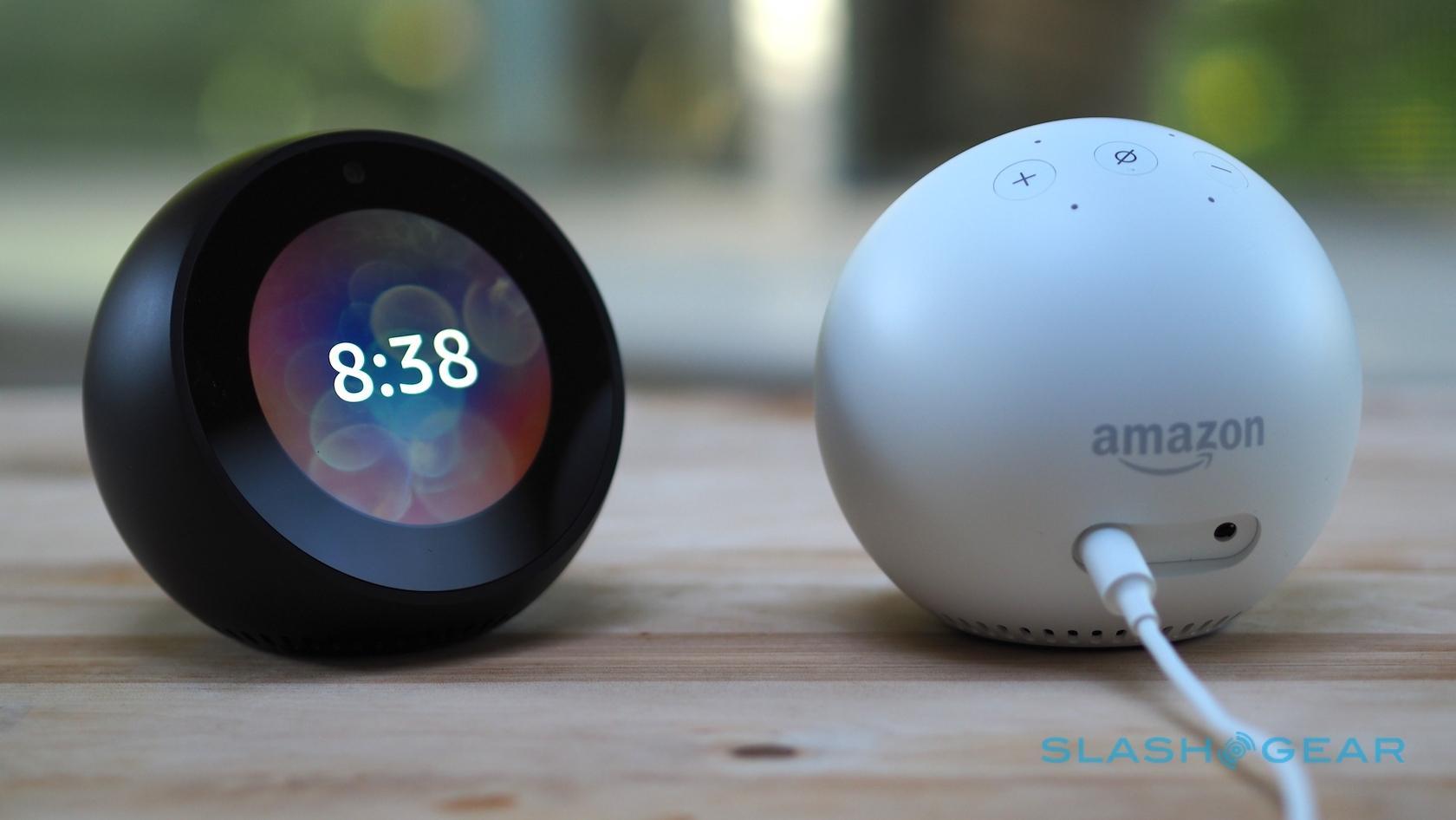 I like the Echo Spot for its size and charm, but there’s no denying that in Alexa’s world many skills haven’t yet caught up with a rectangular display, never mind adapting to suit a circular one. For many, the cheapest Echo Dot is still going to satisfy 90-percent of what they want from Alexa, or thereabouts. Video calling is nice, but it’s also already offered on the phone in your pocket, the laptop on your desk, or the tablet on your coffee table.

At $130, then, the Echo Spot still feels like a luxury, at least until Amazon restores the Echo Show to something close to its regular price. The absence of YouTube support – whoever’s fault that might be – rankles, too. Alexa’s usefulness continues unabated, but the current affordability of the Echo Show eats into the Echo Spot’s appeal, while the Echo Dot remains the best bang-for-buck for new adopters. 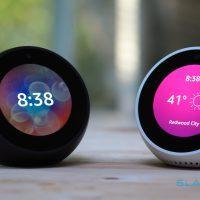 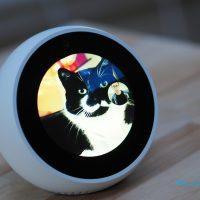 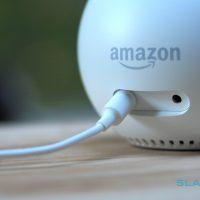 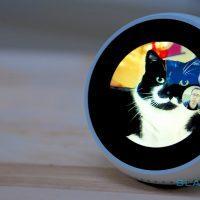 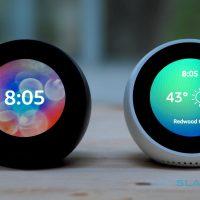