The Bentley that arguably started the uber-luxury SUV trend is back with an upgrade, with the new 2021 Bentayga promising more style, more tech, and more cabin comforts. It’s been five years since the original Bentayga launched, and since then we’ve seen Rolls-Royce, Lamborghini, and others try their hand at the luxe-truck segment. Now, Bentley is back to raise the stakes.

Outside, the latest Continental GT and Flying Spur have shared their design language, and it leaves the new Bentayga looking sleeker and more refined. The grille is larger and more upright, lending a more imperious tone, while new intelligent LED matrix headlamps sparkle in clusters inspired by cut-crystal glassware. The front bumper is more aggressive now, too. 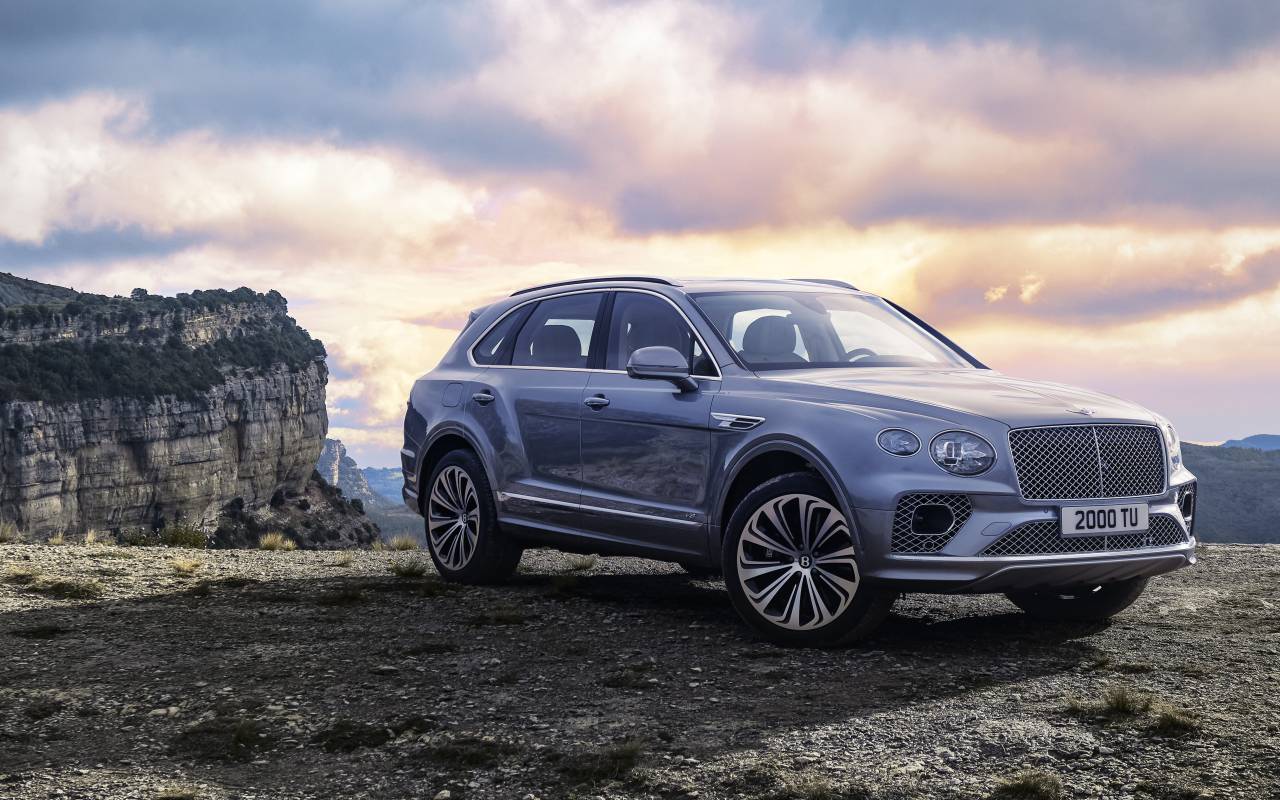 At the rear, there’s a new full-width tailgate and new, elliptical lamps. They’re echoed by the wide, split tailpipes. Bentley has increased the rear track width by 0.78-inches, pushing the wheels out in their arches. New 22-inch wheels are available in two finishes.

There’s a longer roof spoiler, and two new colors: a metallic Viridian green, and a mid-tone off-white called Patina. If you’d rather go for something more angsty, there’s a Blackline Specification which swaps all the exterior chrome for blacked-out versions. 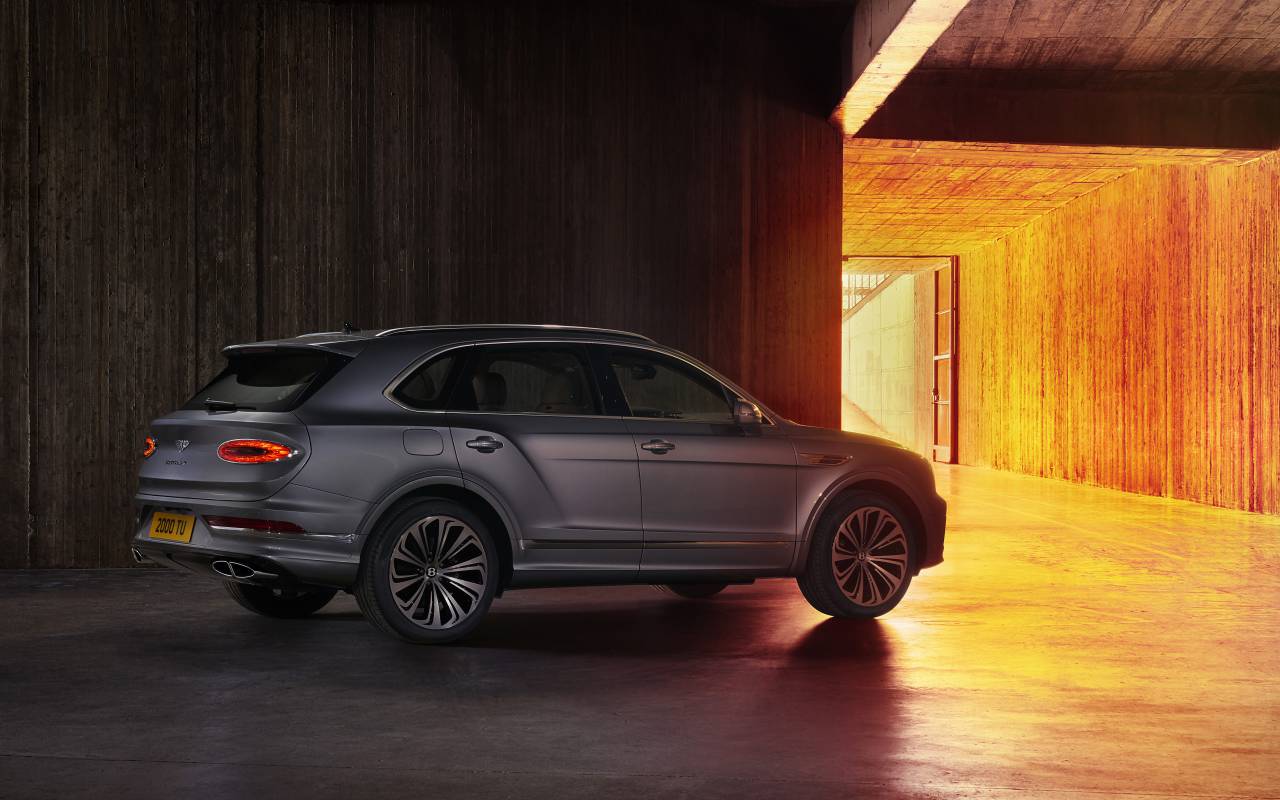 Inside, a welcome dashboard upgrade

If there’s one place the old Bentayga felt like it was lacking it was the infotainment system, which paled in comparison to the tech offered in the Continental GT and Flying Spur. Happily that’s all been addressed in the 2021 Bentayga. The newly-redesigned center console now gives pride of place to a 10.9-inch touchscreen. 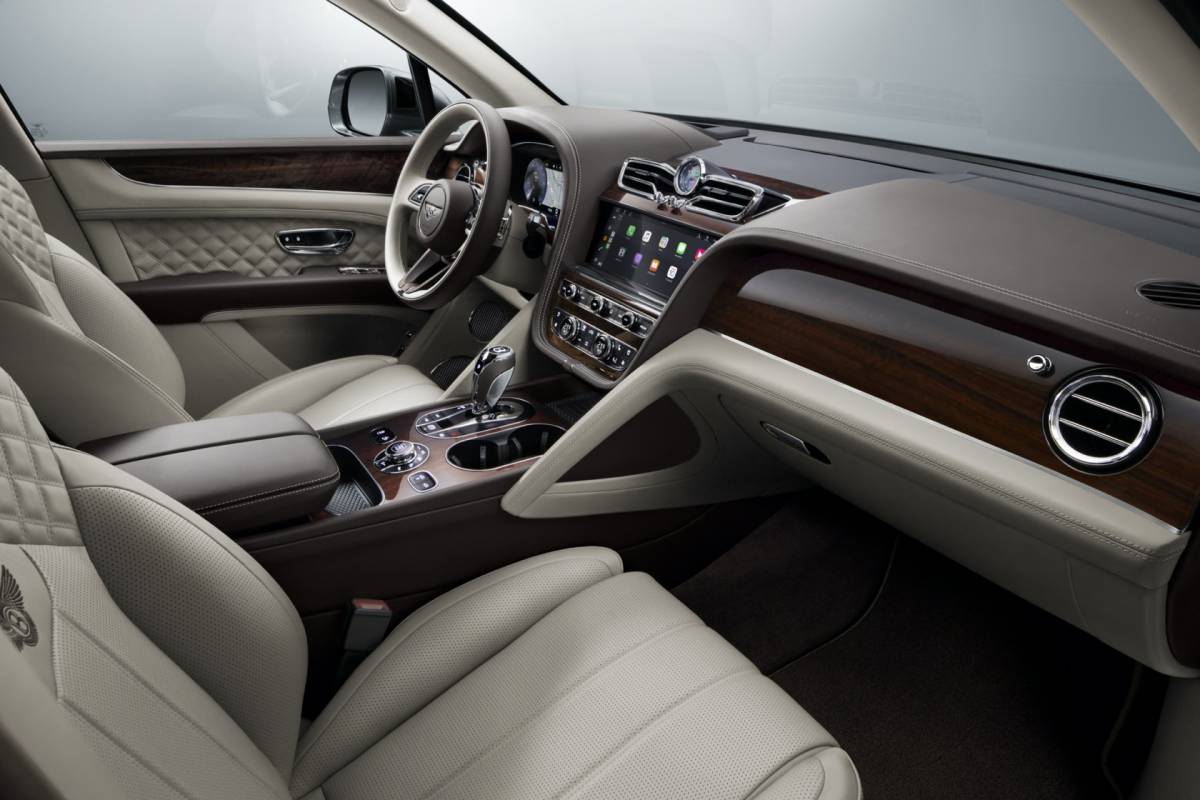 A row of physical shortcut keys run underneath it, but really it’s all about the new OS. That supports conversational voice recognition, a head-up display, wireless Apple CarPlay, and Android Auto. There’s USB-C ports now, too – up to six of them – and an embedded data connection. The driver gets new, all-digital instrumentation, with selectable Classic and Expanded layouts.

The tech upgrade is wrapped up in the sort of luxury we’ve come to expect from Bentley. The door trims and steering wheel are new, while the bullseye vents in the center console have been replaced by a sweeping single vent that integrates the Breitling clock. There’s a new, long pocket alongside the transmission shifter, plus a wireless phone charger with signal booster. 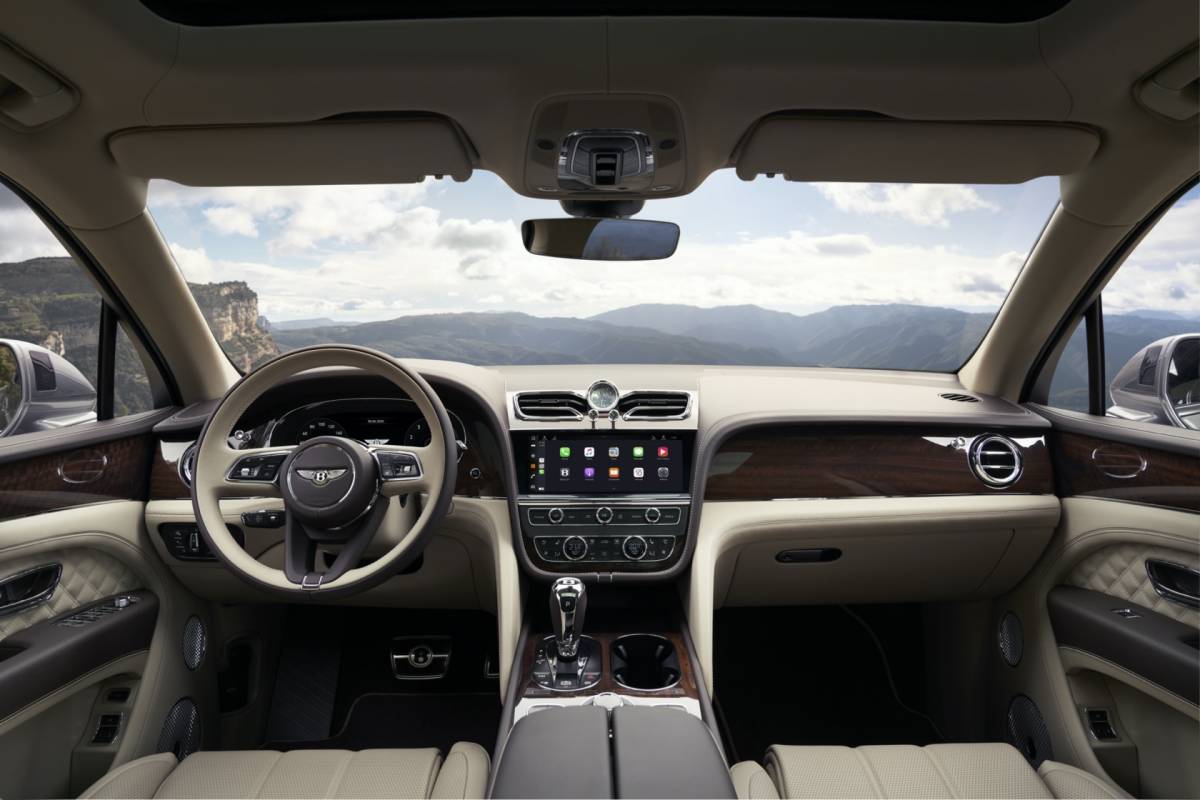 Those in the second row get a new Touch Screen Remote tablet, which pops out and offers a 5-inch interface for heating and massage, multimedia, and navigation. It can also be used to control the SUV’s LED mood lighting and window blinds. The graphics have been updated, and there’s now a quad core processor and 1GB of RAM inside. 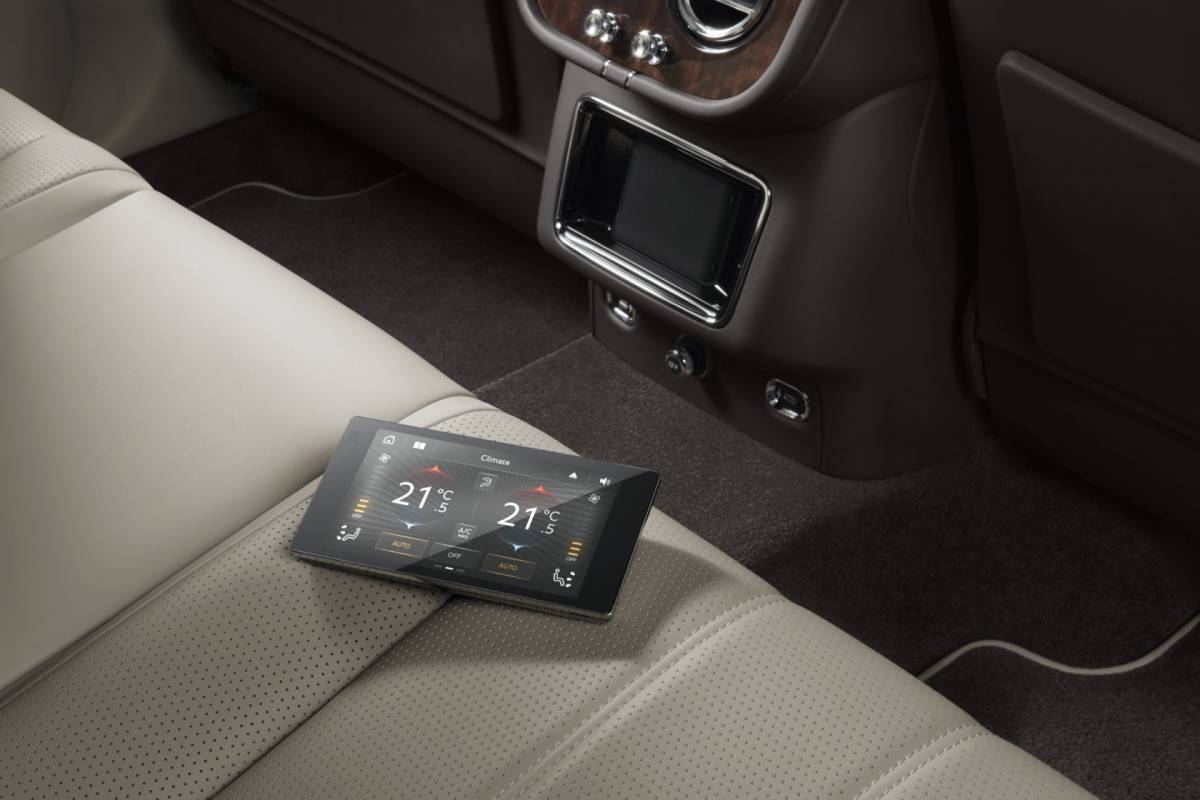 As always there’s plenty of choice when it comes to leather and trim. Mulliner Driving Specification cars get a new quilting design, and there are eight veneers and a new dark-tint diamond brushed aluminum trim option.

The luxury is in the details 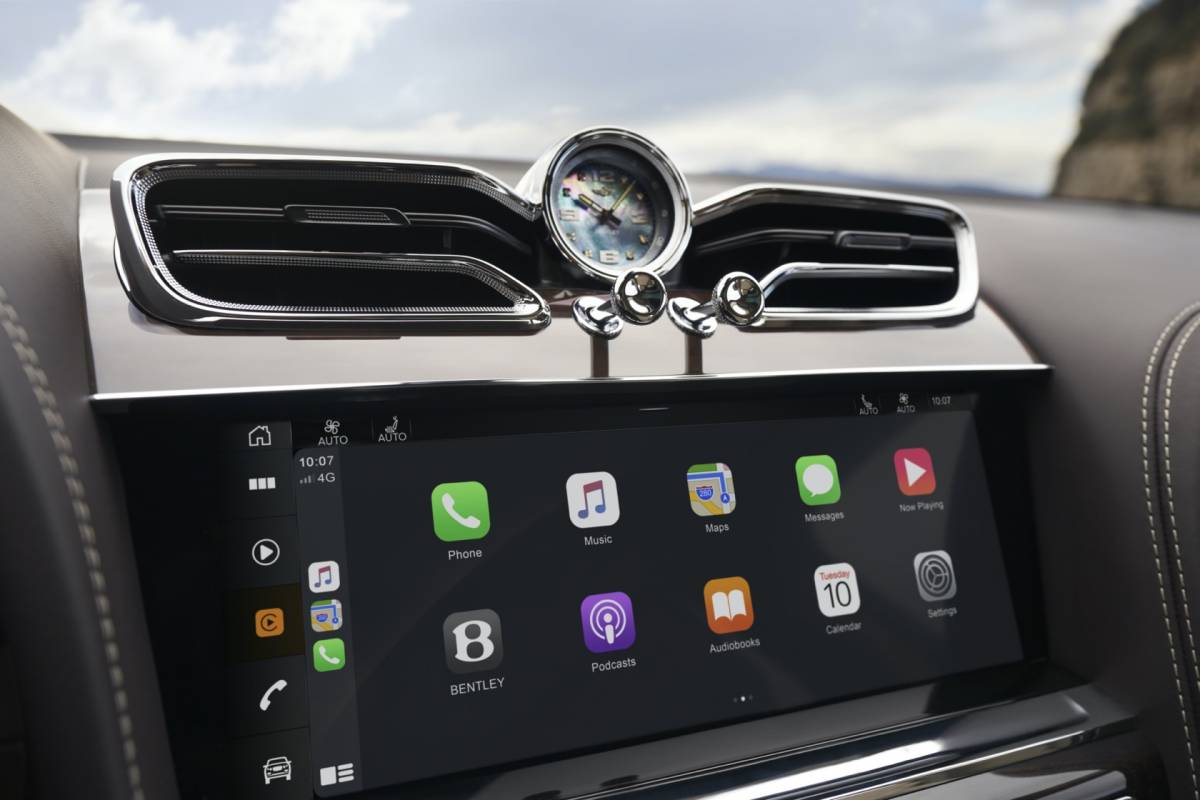 The infotainment touchscreen has both anti-glare and anti-reflection coatings, while there are integrated air ionizers for the HVAC system. Bentley Signature Audio is standard, with 590W and 12 speakers. A Naim for Bentley system is optional, with 1,780W and 20 speakers. That includes active bass drivers under both front seats, and super-tweeters in the A- and B-pillars.

The Bentayga’s headlamps don’t just look good, they also have animated welcome modes and three new adaptive settings. Town mode works at speeds under 30 mph, with a short but wide projection; Country mode activates between 30 and 60 mph, lifting the beam with a narrower field of light. Finally, Motorway mode further lifts the beam, and ramps up the intensity for longer visibility range. 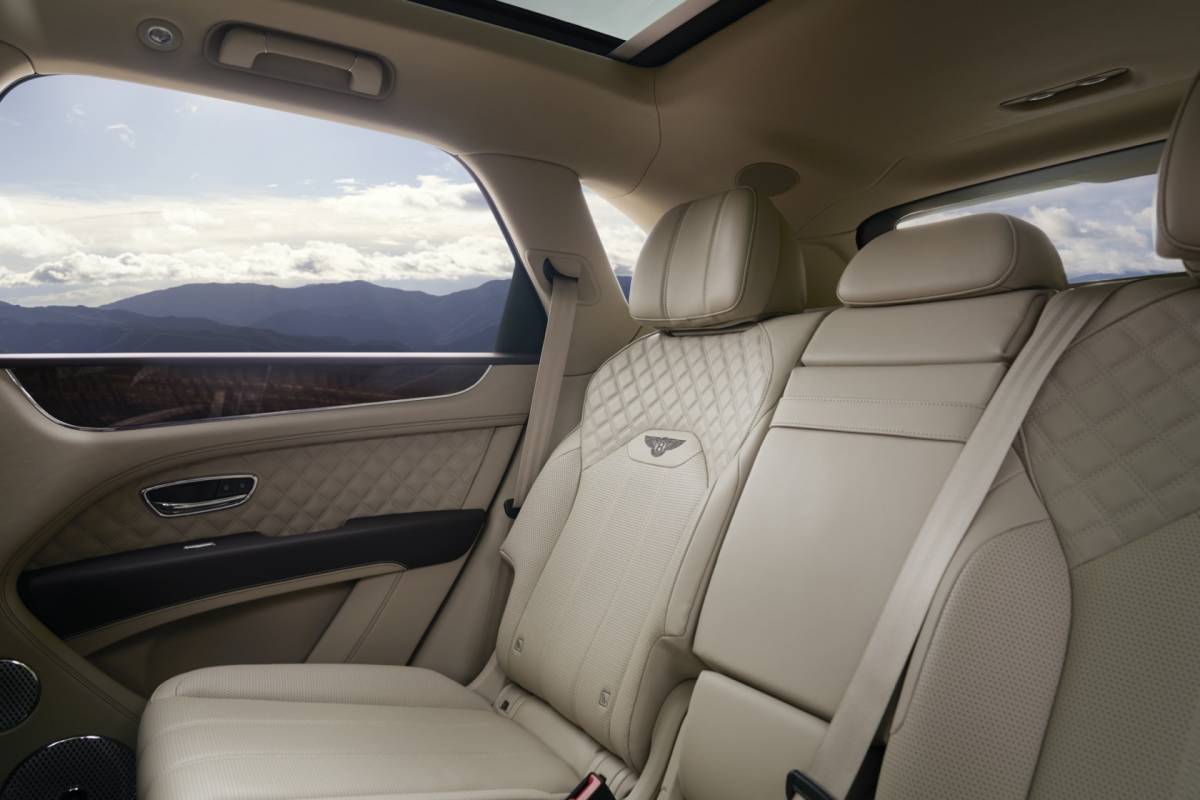 There’s a hands-free power tailgate, of course, and a refrigerated bottle cooler. Various driver-assistance systems are available, too, including night vision and parking assistance.

A twin-turbo V8, at least to start

Where the first-generation Bentayga launched with Bentley’s W12 engine alone, this second-gen SUV kicks off with the twin-turbo V8. That turned out to be the best-selling engine in the original Bentayga. It’s a 4.0-liter gas engine which can deactivate half of its cylinders for economy purposes, or alternatively do 0-60 mph in 4.4 seconds courtesy of 542 horsepower and 568 lb-ft of torque. Top speed is 180 mph. 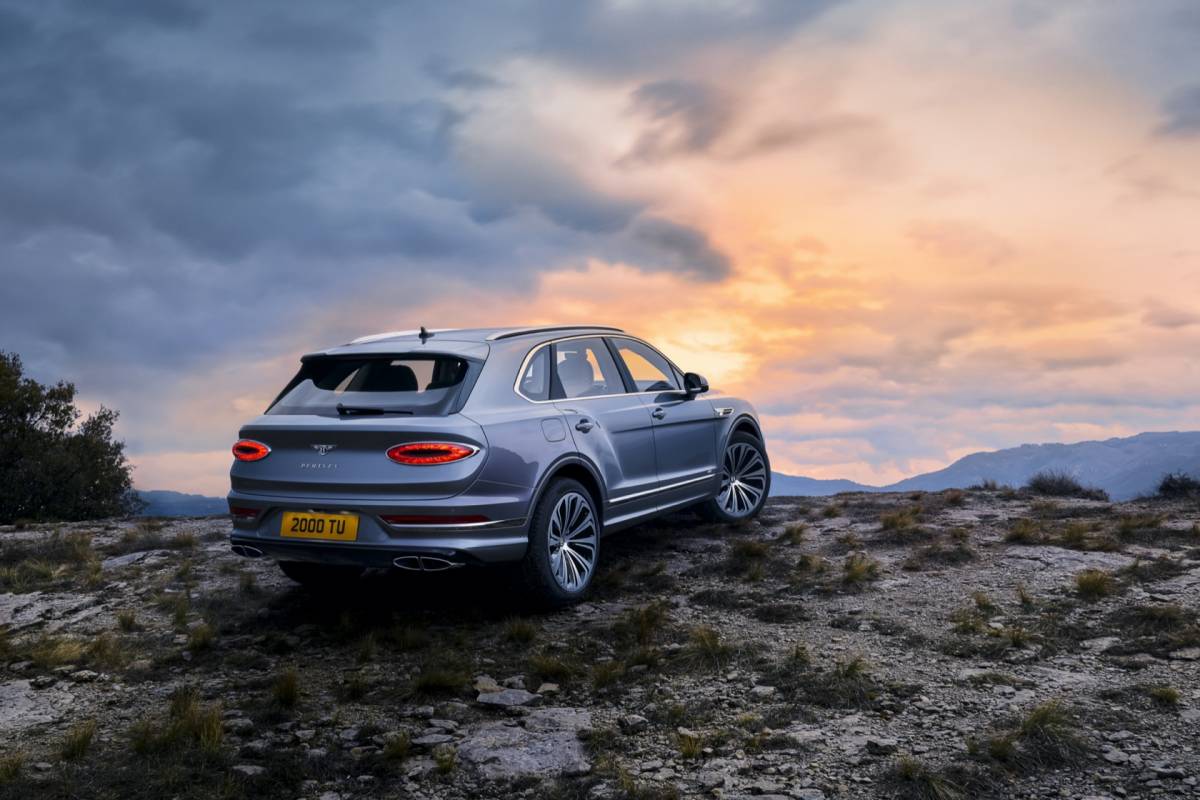 An eight-speed ZF transmission is standard, as is permanent all-wheel drive. Bentley uses a Torsen center differential and an open rear differential with electronic lock, while self-leveling air suspension and continuous damping control are standard too. There are four ride heights, while Bentley Dynamic Ride – using a 48V electric active roll control bar – is optional.

The Drive Dynamics Mode system is standard, while the All-Terrain Specification is an option. Depending on configuration, there are up to eight drive modes – four on-road, four off – to choose between. 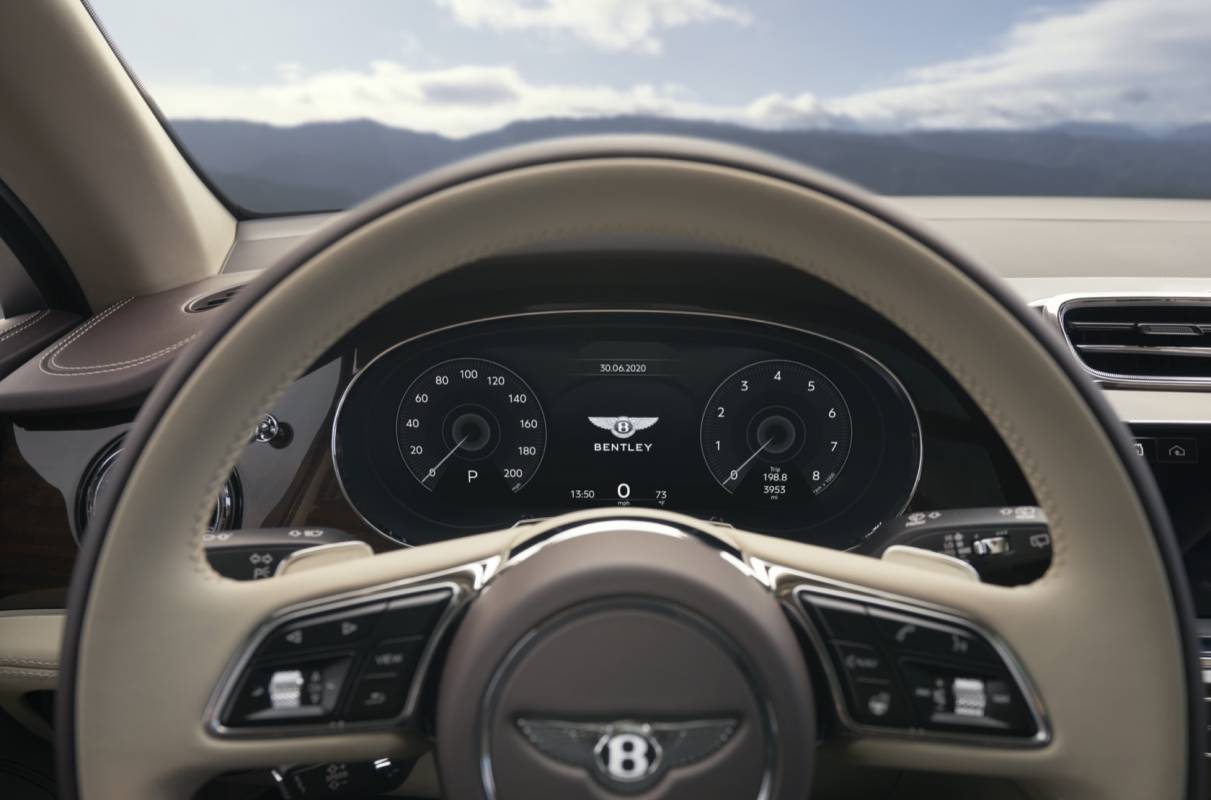 In the not-too-distant future, meanwhile, there’ll be two other engines available. The Bentayga Hybrid will bring its plug-in hybrid powertrain, a system that as we saw in the 2020 model suits the luxury SUV’s character nicely. Meanwhile, a Bentayga Speed will offer maximum performance, with a 6.0-liter W12 TSI engine. In the outgoing 2020 Bentayga Speed that engine is good for 626 horsepower and 0-60 mph in 3.8 seconds. 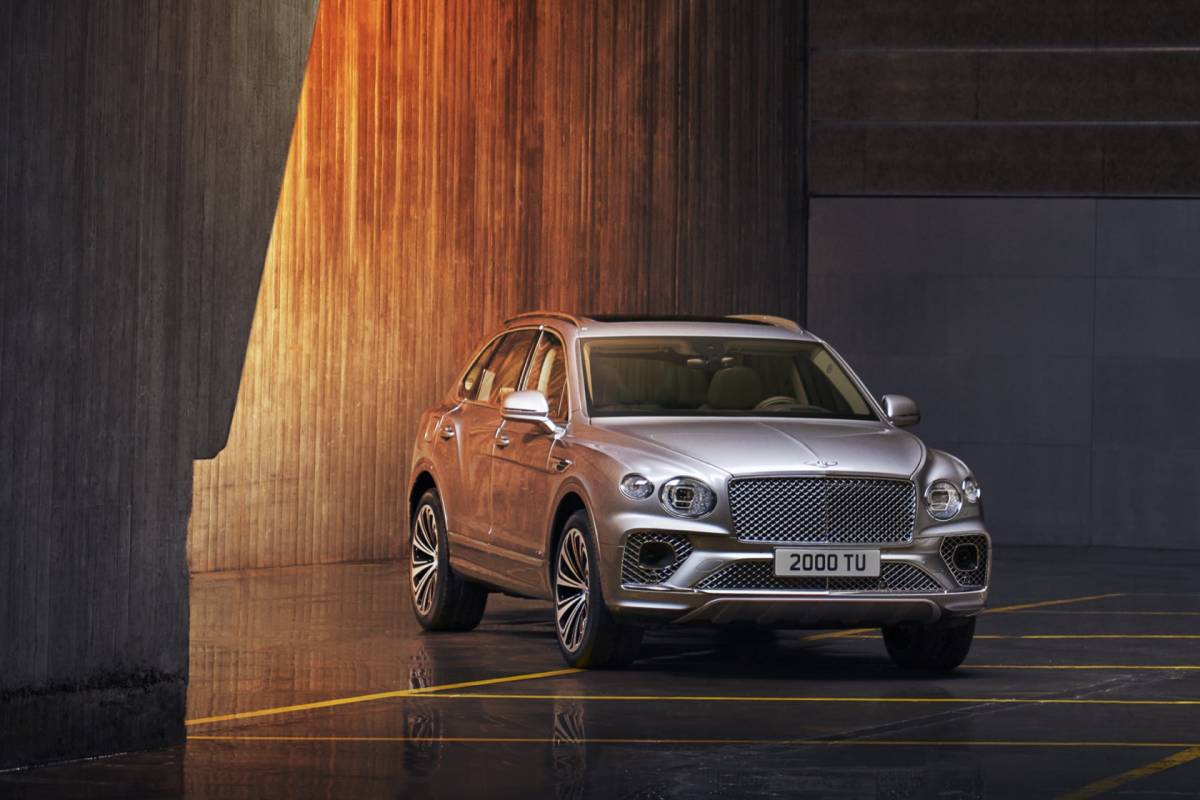 The 2021 Bentayga V8 will start at $177,000 when it arrives in the US later this year, around 5-percent more than the outgoing car. That, of course, is before you go picking your way through Bentley’s options list, explore the 56 “extended” paint finishes and 10 extra hide choices, or commission something bespoke from the Mulliner team. In the UK and Europe, meanwhile, it’ll go on sale from the beginning of July.

Pricing and availability for the new 2021 Bentayga Hybrid and 2021 Bentayga Speed W12 will be confirmed closer to their respective launches. The Hybrid is still on track for later in 2020, at least for the initial markets, with the Speed likely in the US early in 2021. As for how the new SUV holds up from behind the wheel, stay tuned for more on that.