The Bentley Continental GT W12 is the blueprint for a grand tourer. Handsome and effortlessly powerful, it’s more than enough car to have you skip the first class cabin and take your next cross-country jaunt into your own hands. What, then, to make of the 2020 Continental GT V8? If you’ve come looking for compromise then you’re on a fool’s errand: while the engine may be smaller, the experience for more enthusiastic drivers is a whole lot bigger.

It’s lighter than the W12, so you get more agile handling and a bit more sportiness. In terms of emissions and fuel economy, the V8 is naturally better. Then again, Bentley remains mum on the actual fuel economy numbers. We reckon 20 mpg or higher is not impossible for the Continental GT coupe, especially since the V8 engine comes with cylinder deactivation. Of course, the convertible model adds 350 pounds to the lightened body of the 2020 Bentley Continental GT, so it’s still heavier despite saving 175 pounds over the heavier V12 motor. 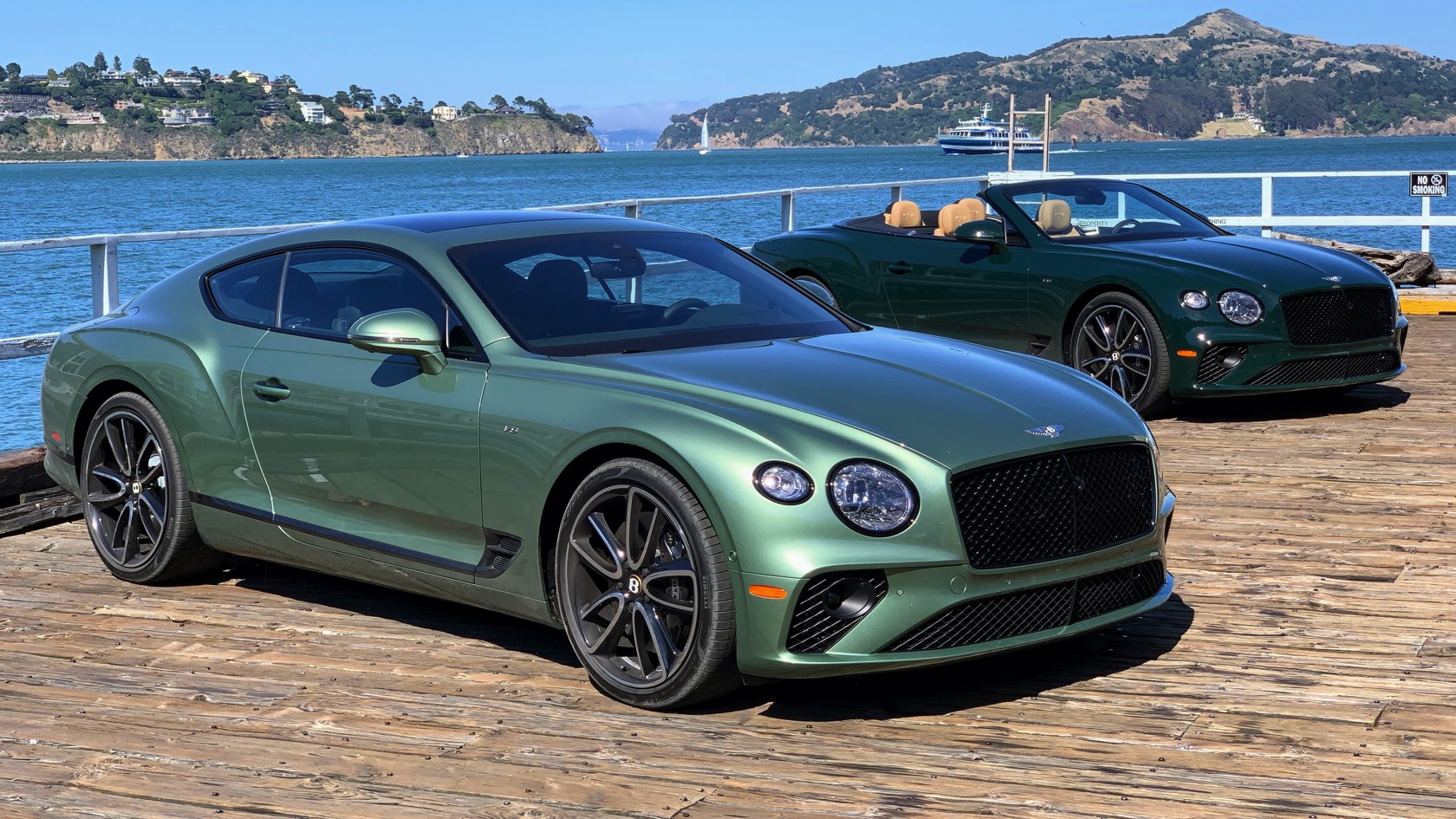 However you configure it, the Bentley Continental GT – in either coupe or convertible form – is not a lightweight car. Fully loaded, it tips the scales at more than 5,000 lbs. Still, Bentley managed to pull out all the stops to make it as light as possible without ruining the grand touring attributes of the vehicle.

The previous model had steel body panels. For the new 2020 Continental GT, Bentley decided to go with an all-aluminum body, which saves 170 pounds regardless if you choose the W12 or the V8. The carmaker increased the wheelbase as well, which allowed it to relocate the engine further back. And while the V12 engine feels right at home in this configuration, choosing the smaller and lighter V8 gave the Continental GT a somewhat different demeanor. 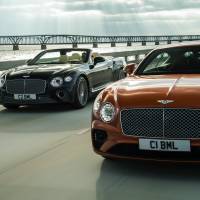 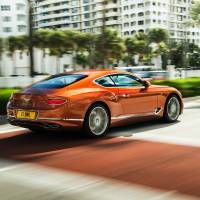 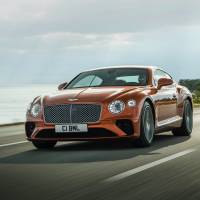 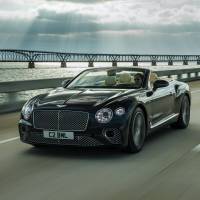 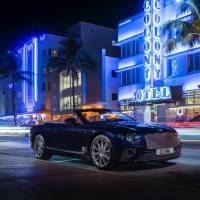 The V8 motor produces 542 horsepower and 568 pound-feet of torque, while the W12 churns out 626 horsepower and 664 pound-feet of torque. Obviously, the latter has the higher numbers and is indeed faster than the V8, but only by 0.3 seconds in a sprint to 60 mph, while top speed is still an impressive 198 mph. Why the moderate difference? The answer is peak torque. While the W12 produces more torque, true, the V8’s peak torque arrives at under 2,000 rpm, then sticks around for a long while.

Now the W12 also achieves its peak torque at relatively low engine speeds, but the V8 still provides an energetic boost off the line because it’s lighter. Think about it this way: the W12 is predictably old-school-Bentley in the sense that it delivers power like a diesel locomotive. It feels steadily quick, for lack of a better description.

The V8-equipped Continental GT, on the other hand, reacts pretty much like a tuned muscle car if you stab the throttle. As I said, the V8 imbibes the Continental GT with a newfound sense of agility and sportiness. No doubt, the V8 feels sharper, more exuberant, and naughtier than the W12. This can also be attributed to the louder and raspier exhaust note of the V8. 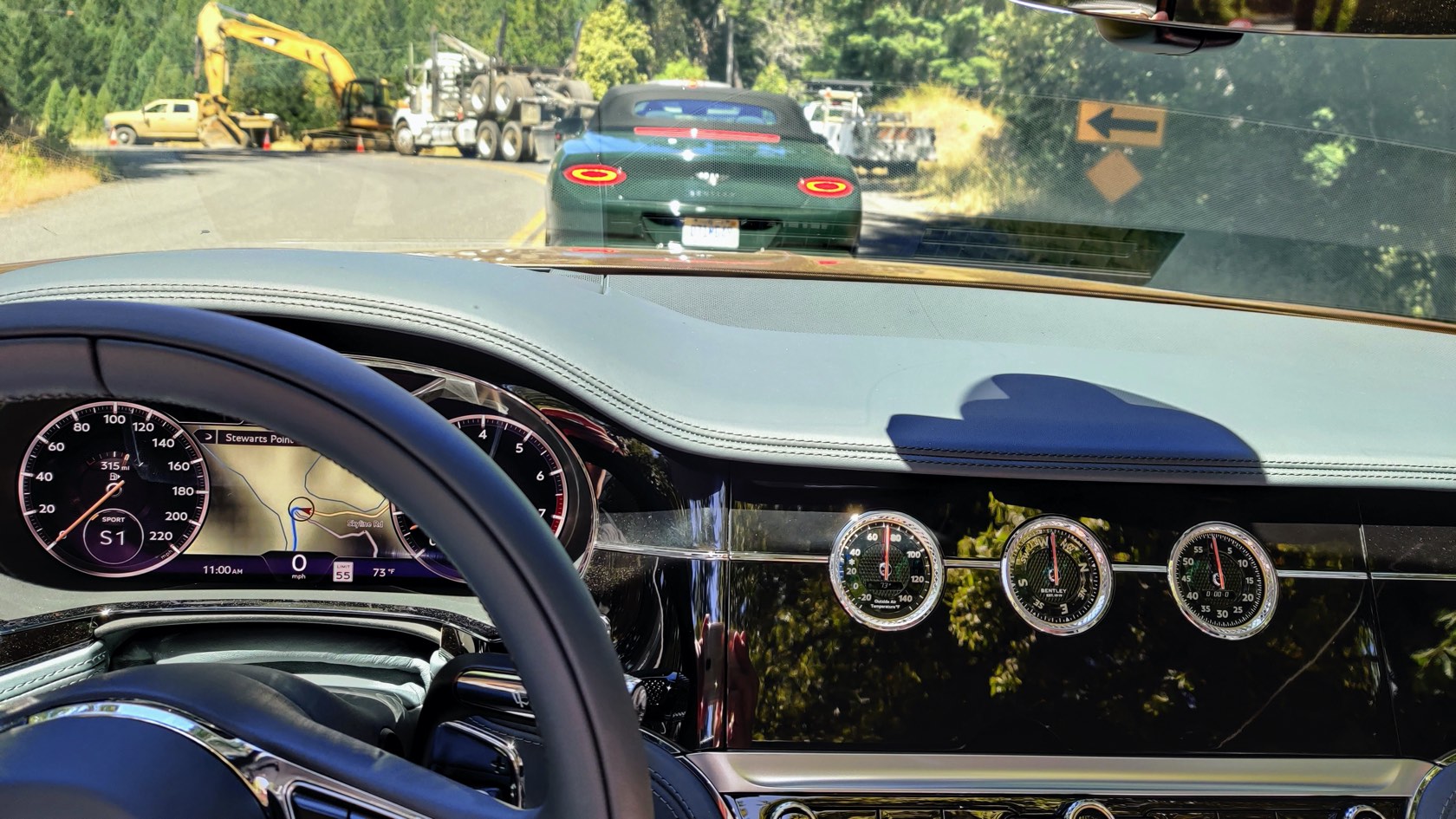 The eight-speed dual-clutch automatic keeps up nicely, though Continental GT’s paddle shifters are located on the steering column and just that little too far back for comfort. You’ll need to move your hands off the wheel to grab one, a minor distraction if you’re concentrating on achieving the fastest possible lap time. Still, for real-world driving, better just to take this as Bentley advising you to relax and enjoy the car as it was meant to be experienced. Yes, the V8 is more enjoyable in point-and-shoot driving, but it remains a comfortable grand touring car for those long, cross-country jaunts.

Out on the roads of Northern California, where Bentley had invited us to get to grips with the new V8, it was quickly clear that mashing the paddles between gears could be deeply satisfying, if you’re looking to get the blown V8 to sing all the way up to the rev limiter. It’s reminiscent of the Audi TT RS’s glorious 5-cylinder engine that way, while the 6,800 rpm redline makes the 2020 Continental GT V8 the highest revving Bentley ever made.

Regardless of roof configuration or engine choice, the weight distribution of the GT remains at 55 percent front and 45 percent rear. The new Continental also comes with adaptive dampers and air springs, while Bentley’s optional active anti-roll bars further improve ride and handling. The latter is an innovative piece of hardware, relying on electronic actuators to disconnect the anti-roll bars at lower speeds to improve ride comfort. At faster speeds, the computer connects and stiffens the roll bars to deliver sharper handling.

Like the old Continental GT, all-wheel drive is standard. However the new GT gets to play with that more. By default, the power is split 40/60 between the front and rear wheels; shift the drive mode selector to Sport, though, and up to 83-percent of torque is pushed to the back, allowing the tail to slide out for some mid-corner action if you’re feeling so inclined. Four drive modes are on offer: Comfort, Sport, Bentley (a mashup between Comfort and Sport), and Custom, the latter allowing you to configure the suspension and driveline settings yourself. 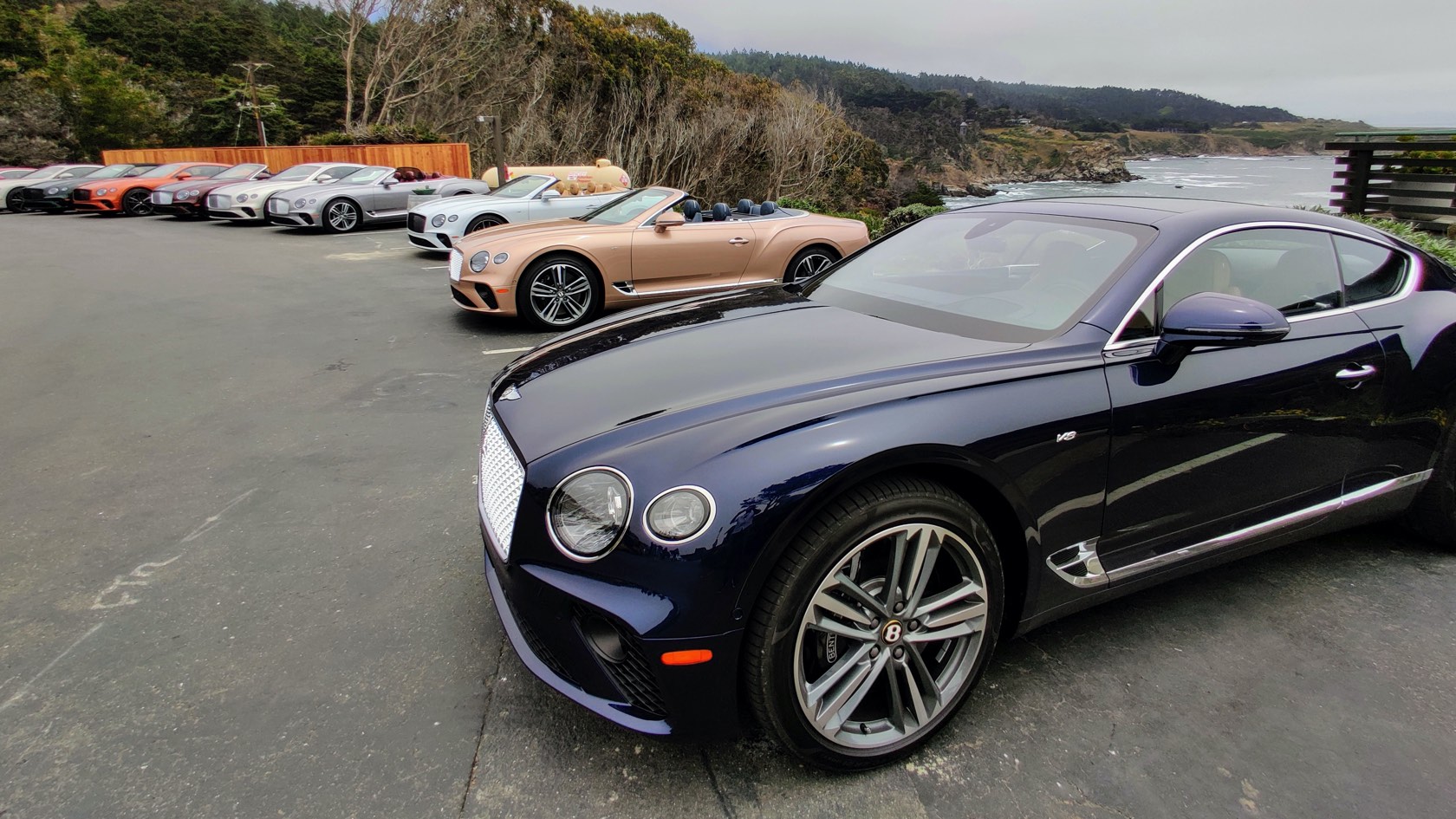 Nobody is ever going to confuse a Bentley for a budget car, but having a smaller and lighter engine does soften the blow a little in terms of pricing. The V8 model starts at around $201,000, while the W12 commands a starting price of $217,325. Affordability is relative, but that’s around $16k with which you could sit down with Bentley’s Co-Creation team of designers and start talking about leather and wood trim, paint colors, and some of the customizations that are possible. Spoiler: if you can think of it, and pay for it, Bentley can probably do it. 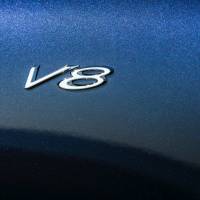 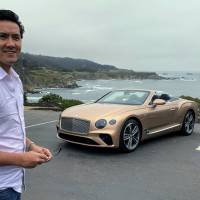 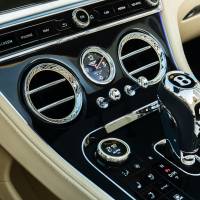 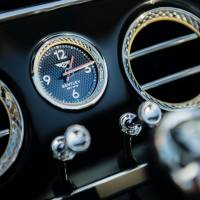 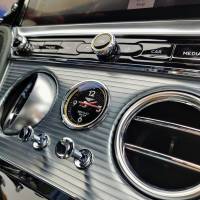 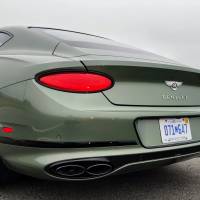 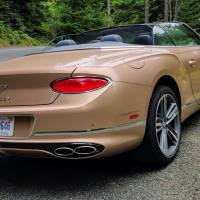 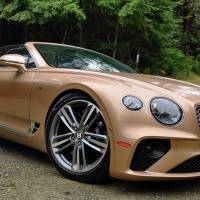 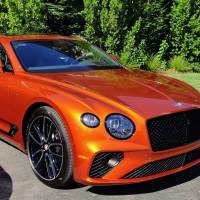 Both the W12 and V8 versions of the Bentley Continental GT are undoubtedly desirable from a car lover’s point of view. You’ll need to be a fan in order to tell them apart, too: basically you’re looking out for the exhaust tips and the badging on the flanks. Two very different driving experiences await behind those minor aesthetic changes, however: as we found with the Bentayga W12 and Bentayga V8, the smaller engine makes for a far more dynamic, driver-friendly car. That’s a sweet-spot the 2020 Continental GT V8 fits into very nicely.