Bentley’s path to a fully-electric future continues, with the new Bentayga Hybrid SUV bringing a gas-electric drivetrain to the automaker’s luxury best-seller. Joining the 2021 Bentayga V8 and the Bentayga Speed, this third iteration is arguably the most appealing, given just how much sense hybrids make in the high-end luxe segments.

As with the original Bentayga Hybrid we drove last year, Bentley’s approach is straightforward. In the case of this 2021 model, it starts with a 3.0-liter twin-turbocharged V6 gas engine under the hood, paired with an electric “E Motor” that’s housed in the transmission. 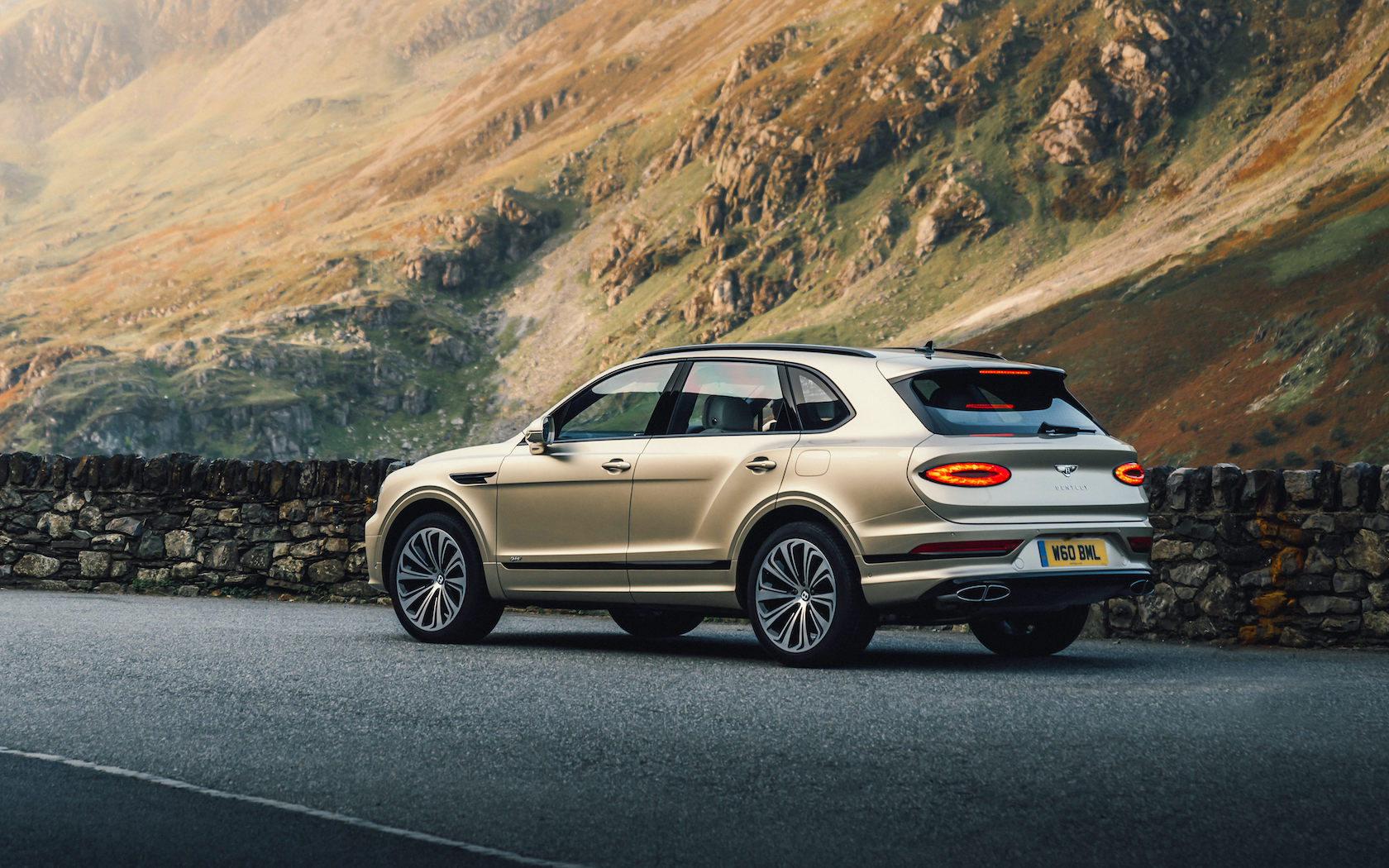 The electric motor can drive the Bentayga Hybrid on its own, delivering 126 horsepower and 258 lb-ft of torque. Or, with the V6 kicked in and joining the party, the SUV gets a total of 443 horsepower and 516 lb-ft of torque. A 17.3 kWh lithium battery is good for up to 31 miles of electric-only driving on the NEDC cycle – we’d expect EPA range to be a little lower than that, given differences in the testing processes – while with a full tank of gas you’re looking at 536 miles combined. 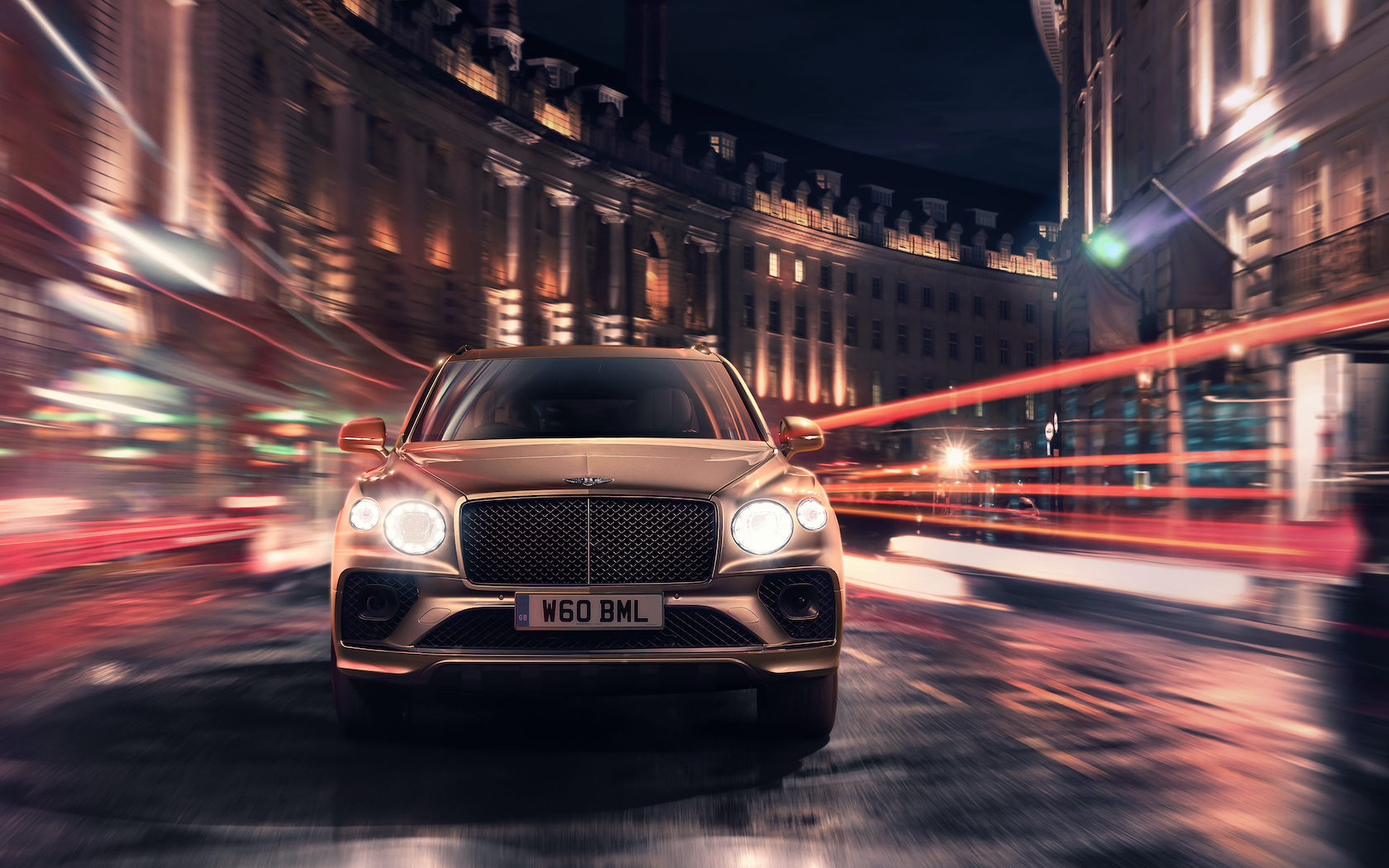 On paper, at least, it leaves the Bentayga Hybrid with the lowest power numbers of the three variants so far. 0-60 mph takes 5.2 seconds, and top speed is 158 mph. However what that doesn’t take into account is the differences in how each of the drivetrains – hybrid V6, gas V8, and gas W12 – will impact driving style. Since all of the E Motor’s torque is available instantaneously, it could leave the Bentayga Hybrid actually feeling perkier from a standing start than its stablemates.

By default, the SUV uses electric power first. The gas engine kicks in when more torque is required, or at speeds over 84 mph; a noticeable pressure point in the accelerator indicates when you’re pushing hard enough to demand V6 power too. Hit the brakes, meanwhile, and the Bentayga blends regenerative power fed back to the battery pack with the standard hydraulic brakes. 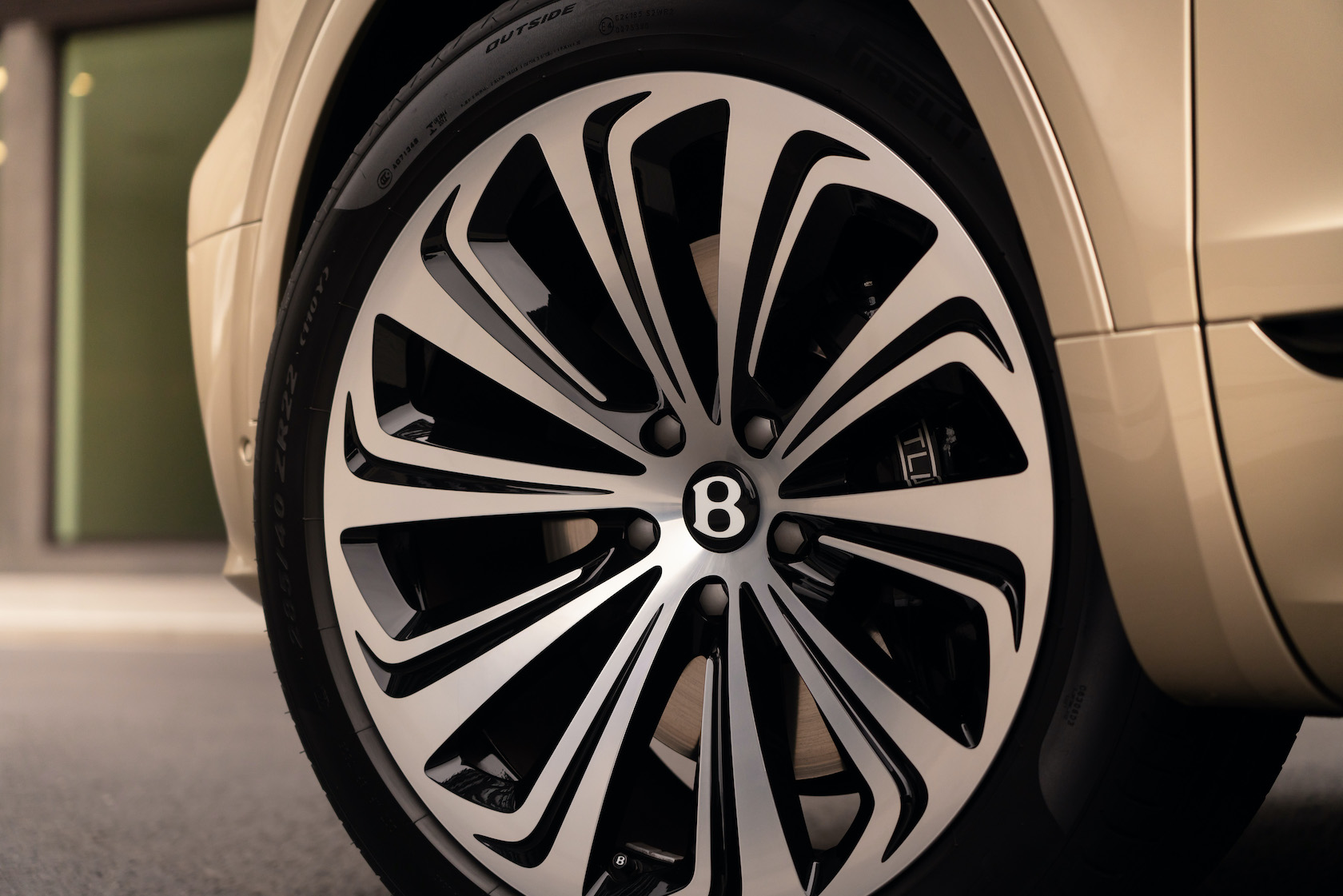 In addition to EV Drive mode, there’s Hybrid Mode and Hold Mode which respectively blend electric and gas power, or maintain a charge in the battery for later use. In Sport, the Bentayga Hybrid automatically switches to Hold Mode, so as to offer maximum drivetrain power when demanded. Charging, meanwhile, is at up to 7.2 kWh, and Bentley will offer a free wallbox charger with the SUV too. 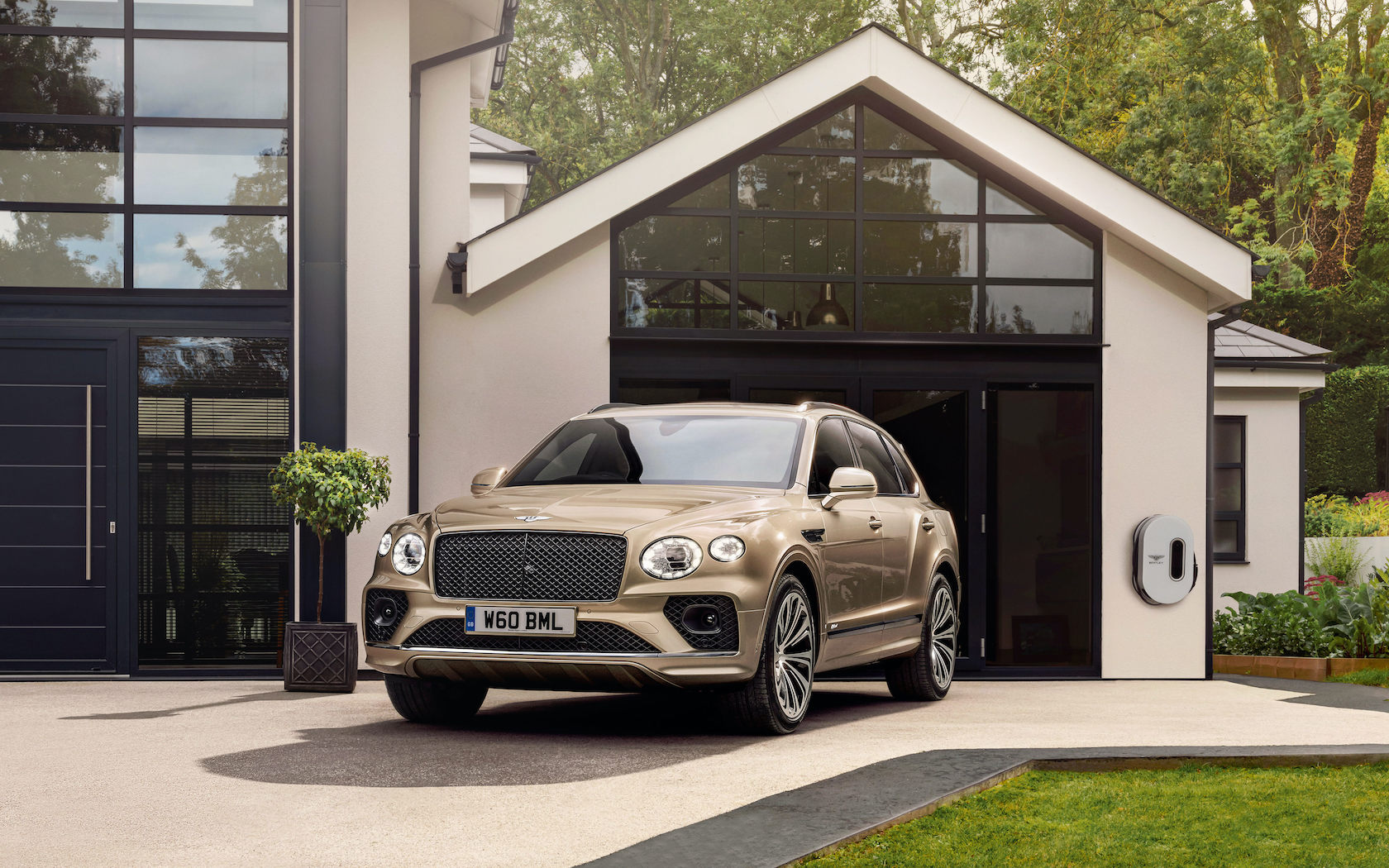 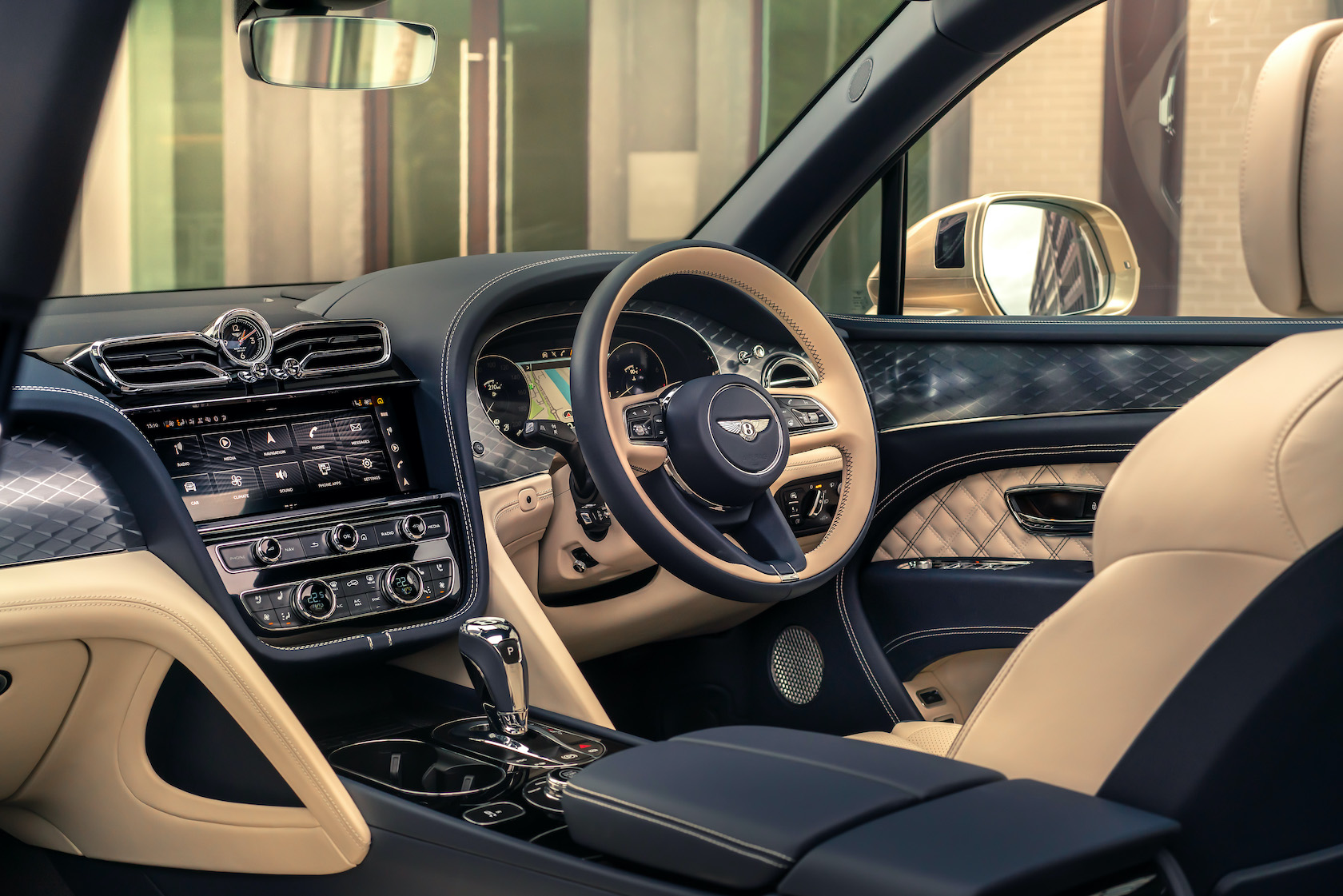 Inside, the combination of Bentley’s handiwork with leather, wood, and metal along with a much-improved infotainment system makes a big change from the old SUV. Bentley will offer a five-seat as standard, with the option to switch the rear bench for two separate, plusher seats with a center console between them. There’s more legroom and recline support in the rear, too. Those up front get a new 10.9-inch touchscreen with wireless Apple CarPlay support, wired Android Auto, and a head-up display. 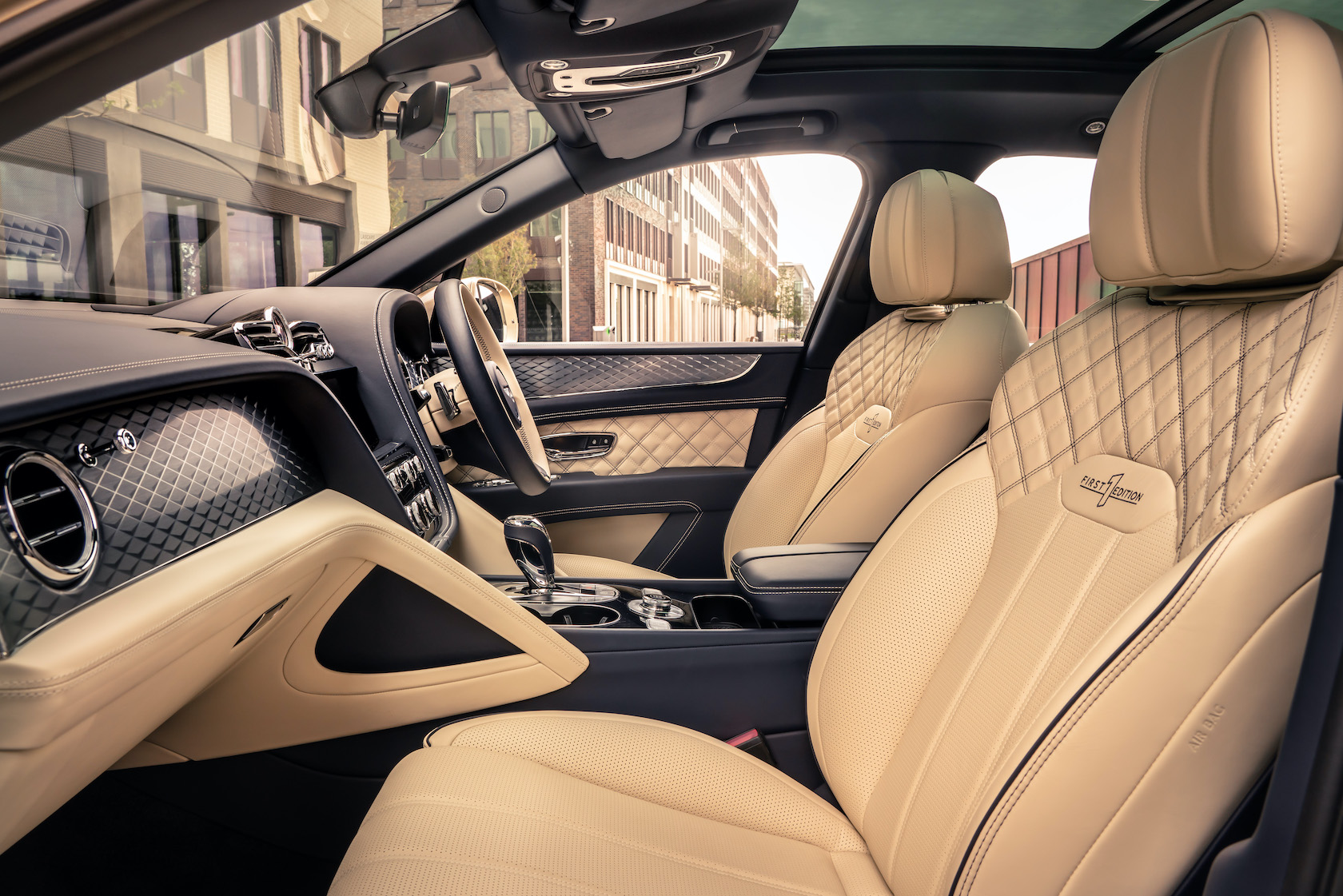 It’s a key launch for Bentley, which has already announced ambitious plans to bring electrification to bear across its entire range. Come 2026, the automaker says, all of its cars will be plug-in hybrid or all-electric: indeed, the Bentayga Hybrid is just one of two PHEV launches the company plans this year. By 2025 there’ll be a fully-electric Bentley, and then by 2030 all of its cars will be electric-only. 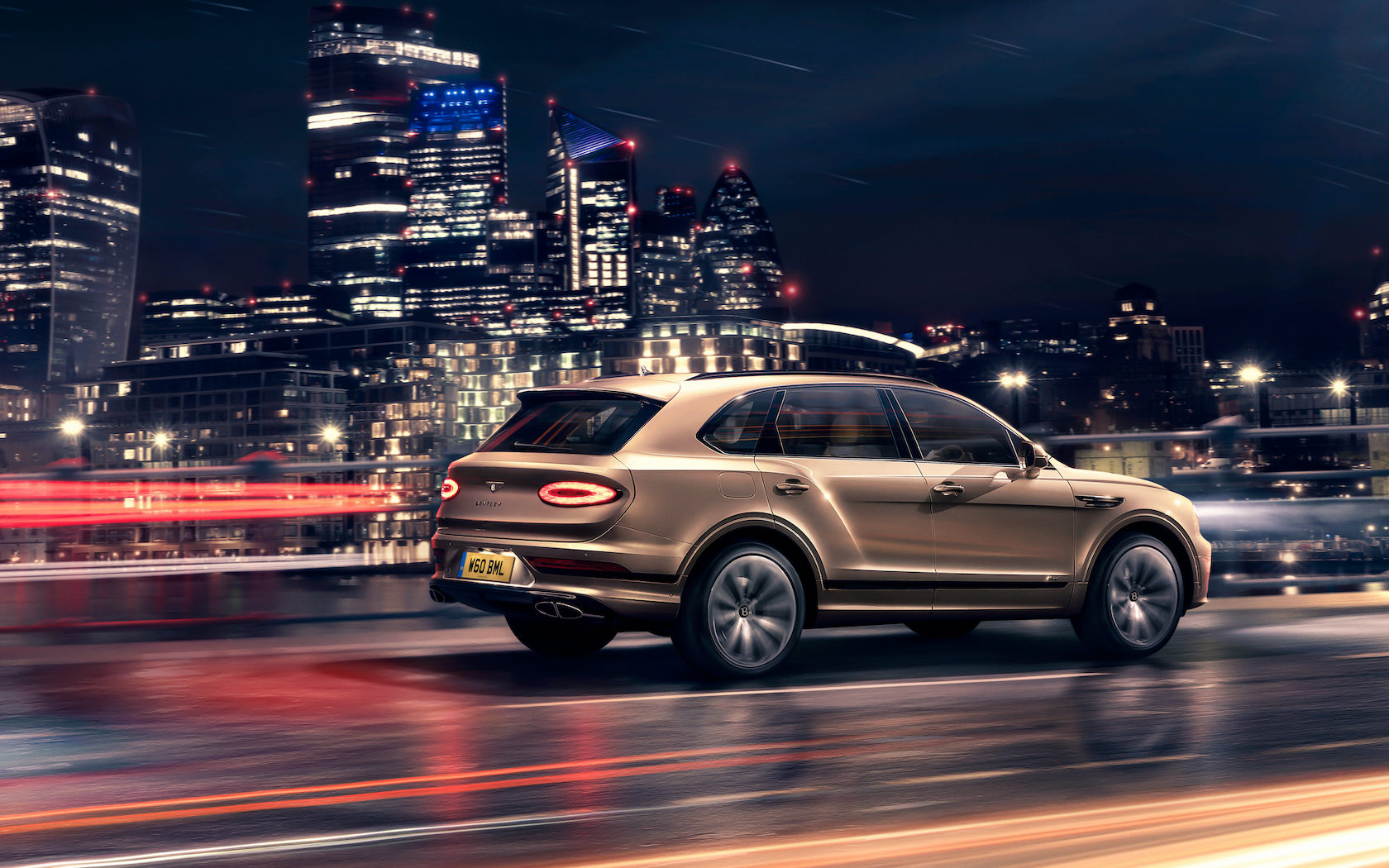 The new 2021 Bentley Bentayga Hybrid is expected to go on sale in the US later this year, with the order books open now. No word on pricing yet, but the outgoing model was notable for being the most affordable in the line-up.