Some things take a little time to reach their very best. Wine, for example, or fine leather, or balsamic vinegar. Well, we can add the 2021 Bentley Bentayga to that list. It has fine leather too, in fact, but it’s the automaker’s finessing elsewhere in this refreshed version that elevates it so well.

The Bentayga is Bentley’s take on the luxury SUV and, though some may have questioned the wisdom of such a vehicle back in 2015, hindsight makes no disguising of just how much of a success it has been. The automaker’s most usable model, it’s about the closest to an everyday car that Bentley offers. Still with enough presence for a dignified arrival, but the sort of practicality a Flying Spur or Continental GT can’t really come close to. 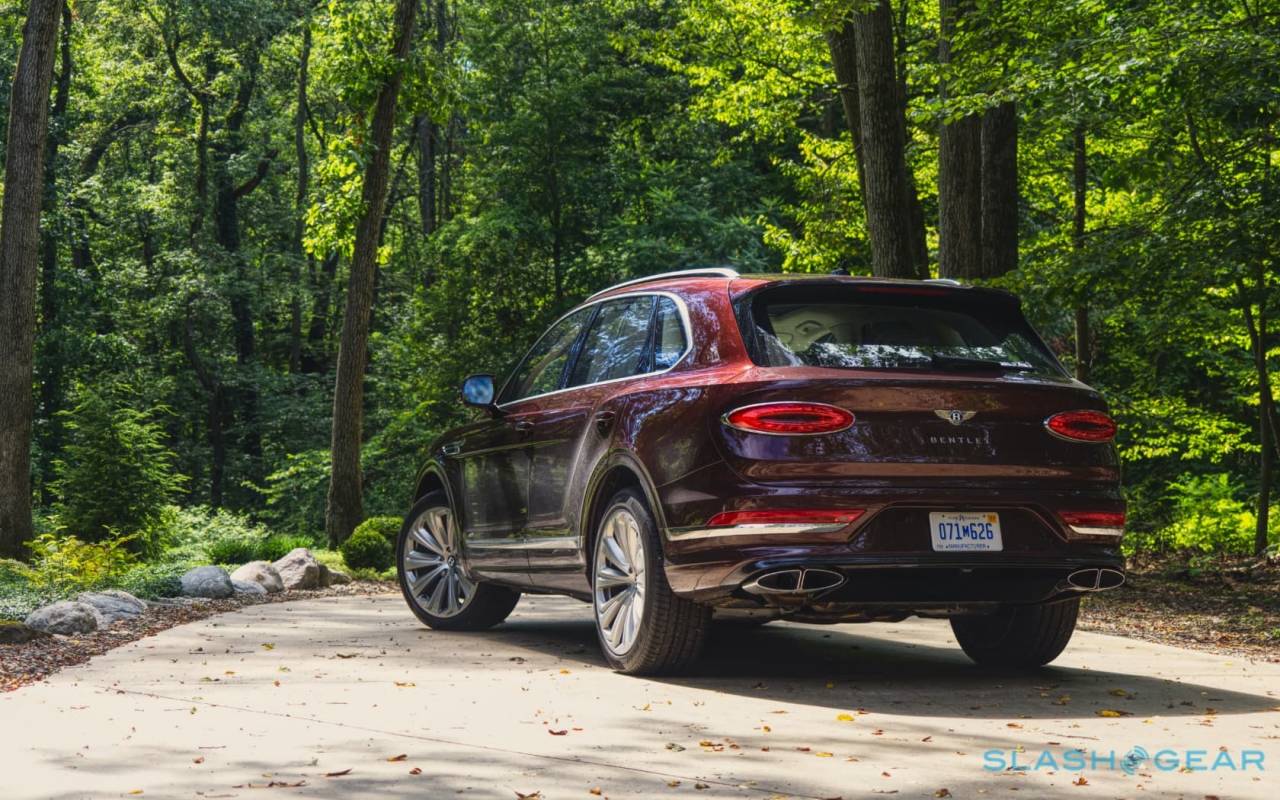 That’s not to say it was perfect, mind, and so with this refresh the 2021 Bentayga tackles most of what had built on the short list of complaints since its debut. Outside, the design is massaged with new lights front and rear and other detailing, better bringing the SUV in line with the rest of the family aesthetic. Inside, a welcome technology upgrade retires some parts where aging is less preferable, such as the old infotainment system. 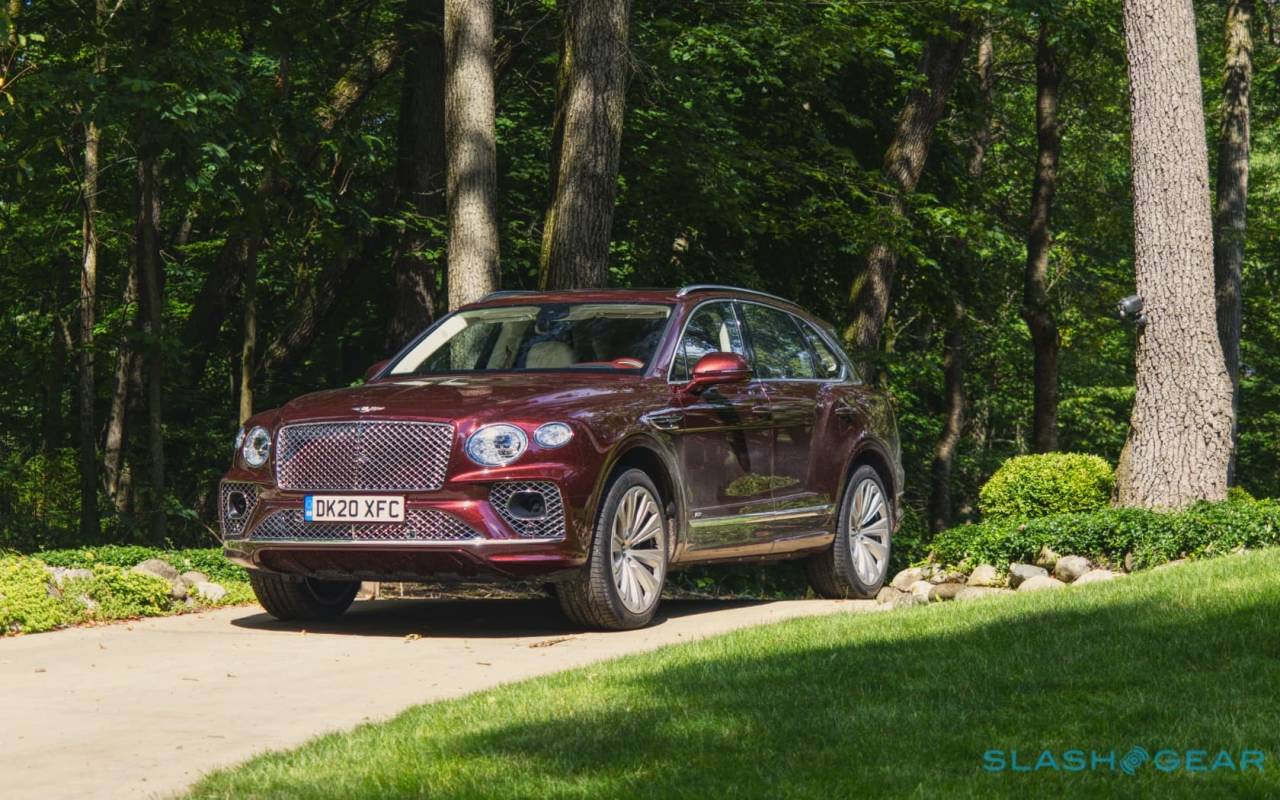 Rather than the initial strategy of launching the flagship W12-engined Bentayga first, this time around Bentley focuses on its strongest seller to begin with. The Bentayga V8 has been the wildcard of the range: it may not pack quite the power of its twelve-cylinder sibling, but it certainly isn’t short on speed. Neither, too, does it have that model’s thirst for fuel. See, even Bentley buyers can be pragmatic. 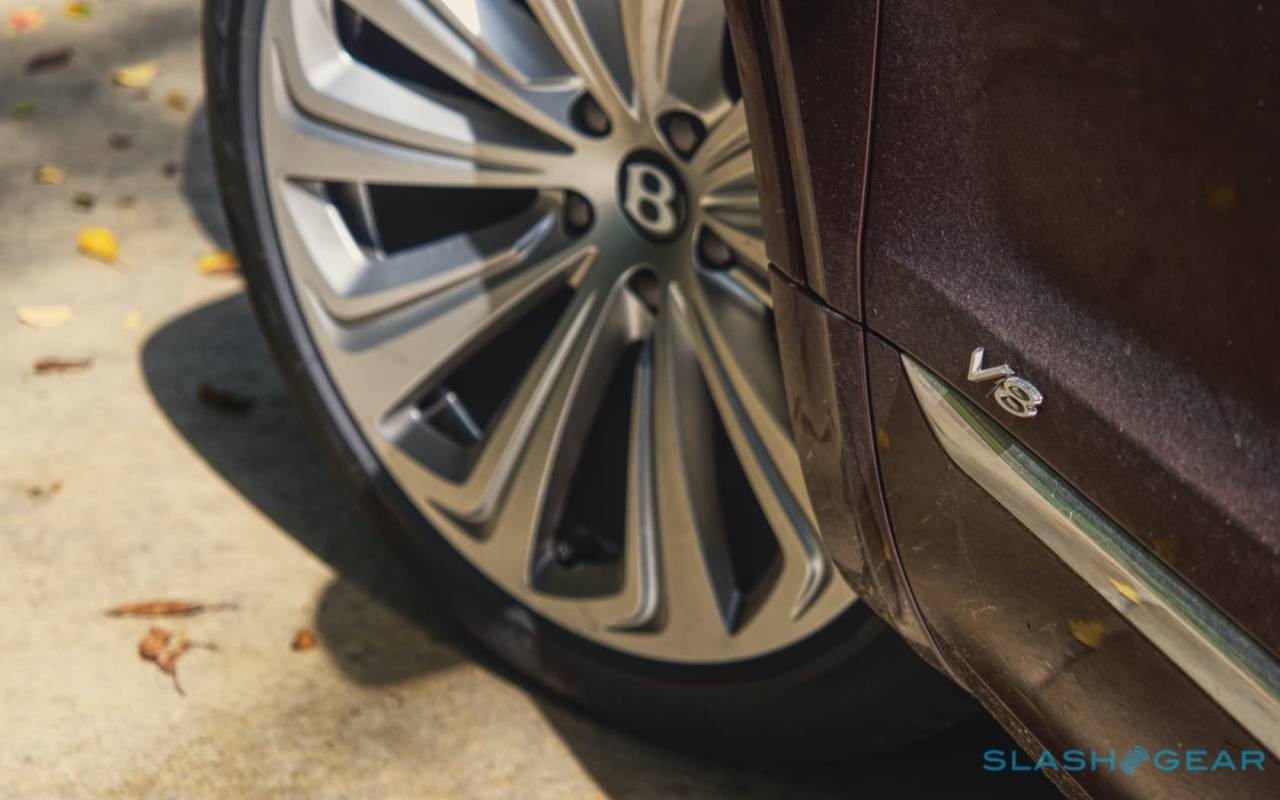 None of them needed to change, really. The Bentayga still strikes a beguiling balance between cruising refinement and outright speed, its self-leveling air suspension and continuous damping control – both fitted as standard – leaving occupants blissfully detached from however unkempt the asphalt may be beneath them. Apply a little more pressure with your right foot and, after the barest moment’s pause, all that torque sends you thundering forward at a pace that’s still quite startling for a stately SUV.

Come the corners, though, and Bentley’s engineering pits itself against the laws of physics. Bentley Dynamic Ride is a $5,365 option, a 48V electronic active roll control system that variably stiffens the car and stabilizes it in the corners. Combined with the lowered suspension setting and flicking the knurled drive mode knob to Sport, and it’s an astonishingly level ride that belies both weight and overall height. 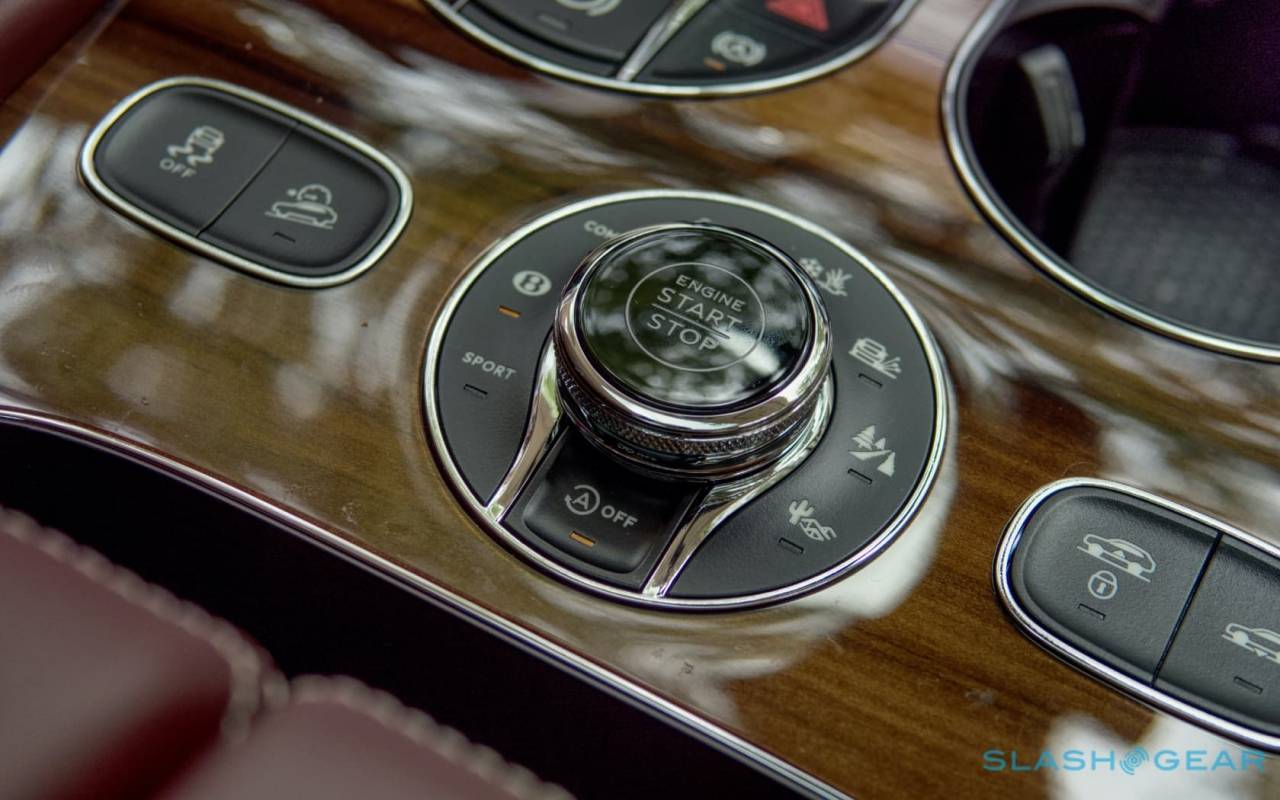 The Bentayga finds itself with more luxe SUV company in the market than it did upon first launch, but Bentley resisted too much in the way of mechanical change. The steering is nicely weighted but not overly fast, suiting the car’s composure, and the standard eight-speed automatic transmission slurs through its cogs on the right side of refinement. You can certainly provoke a bark and gurgle from the quartet of tailpipes, and mighty good it sounds too, but notched over to Bentley or Comfort modes and the Bentayga is more than ready for limo duty. 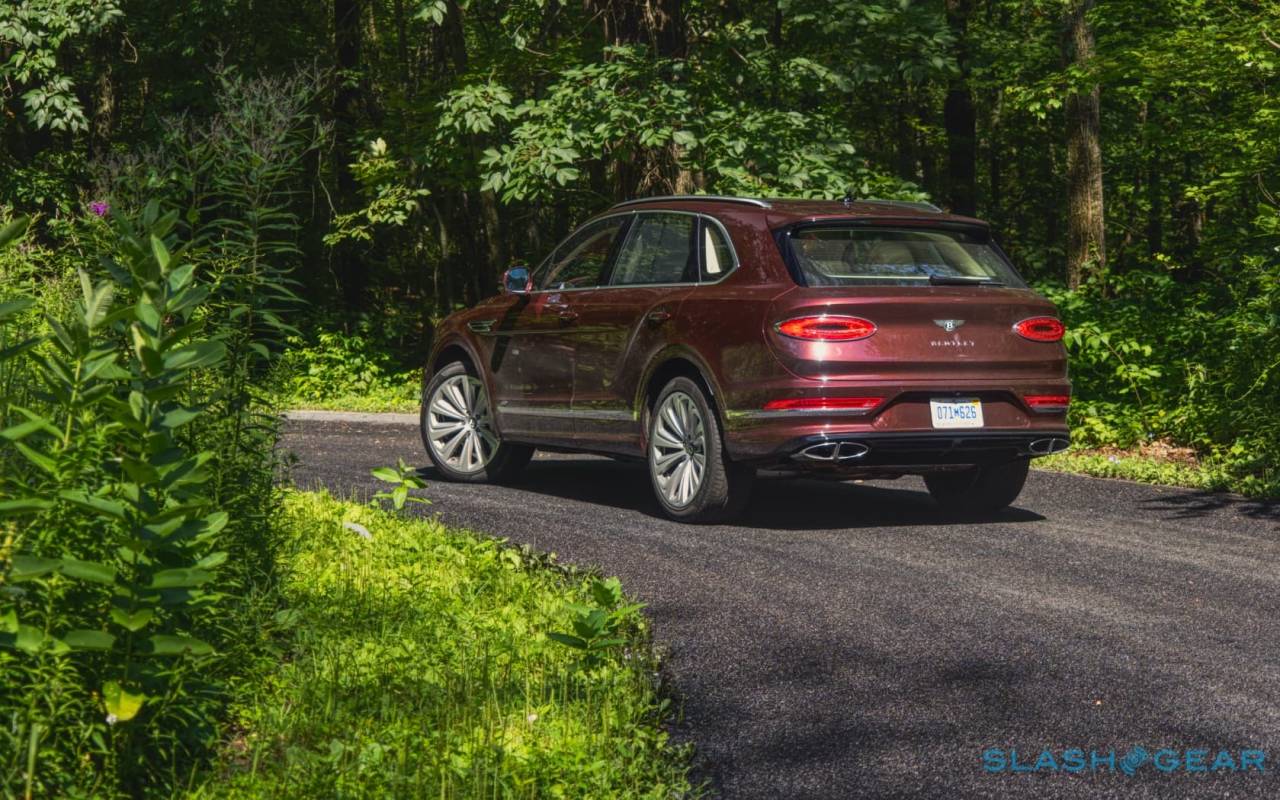 Interior tweaks help there. 2021’s SUV still comes in four, five, or seven seat configurations – the former having two separate chairs in the rear, the middle a three-seater bench that can be folded down for more cargo capacity, and the latter two extra pop-up chairs in the trunk – but there’s up to 4-inches of extra second-row legroom, a welcome improvement for a spot in the cabin which felt a little snug before. The bench can now be had with outboard seat cooling as well as heating, all controlled with the Touch Screen Remote pop-out mini-tablet borrowed from the Flying Spur. That also gives access to HVAC, media, blinds, and other controls. 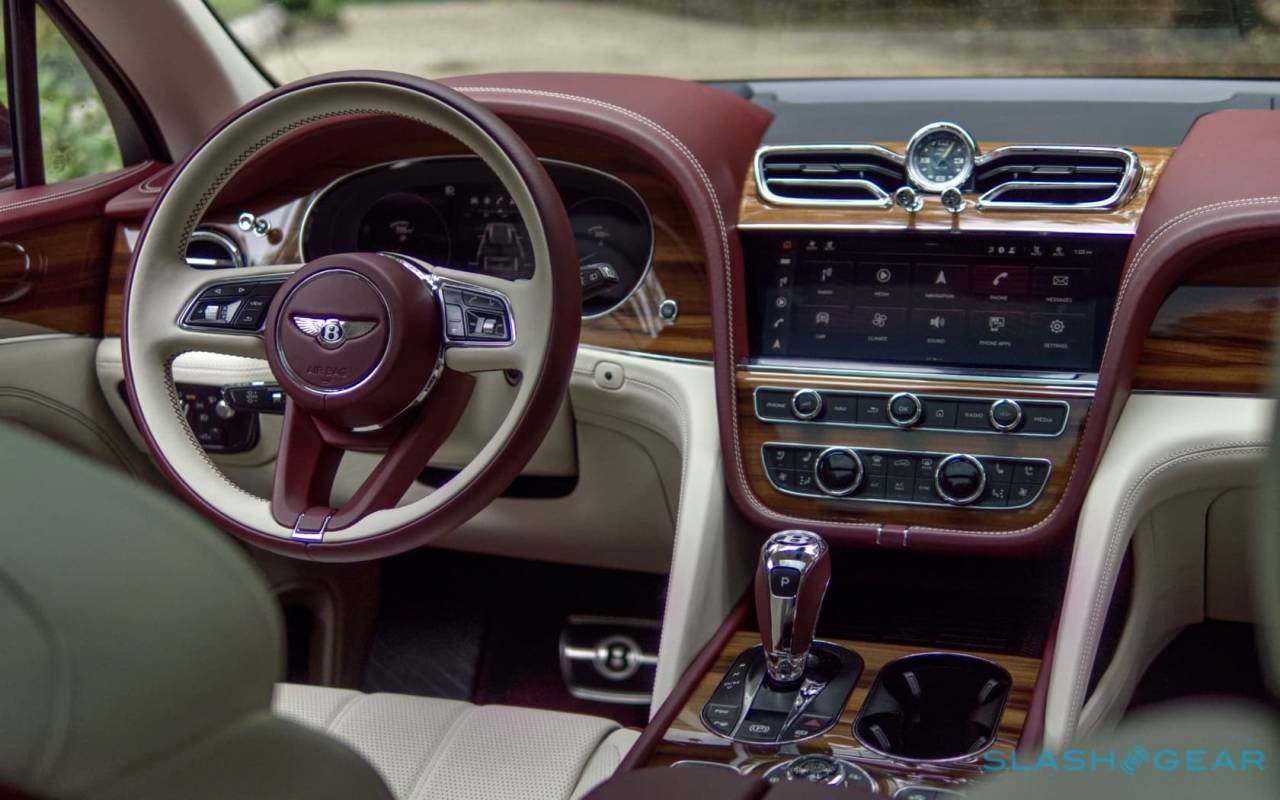 It’s part of a big upgrade to the Bentayga’s infotainment system, addressing what was probably the most significant complaint we had with the SUV. Gone is the aging touchscreen of before, replaced with a 10.9-inch wide-aspect touchscreen and a far newer iteration of software. It brings the Bentayga in line with what’s in the Flying Spur and Continental GT, and while it can’t be made to spin around as in those cars, the general boost in speed and graphics quality more than makes up for it. 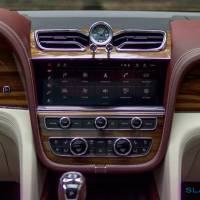 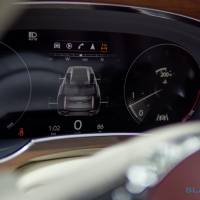 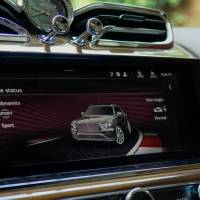 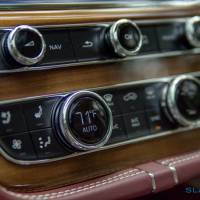 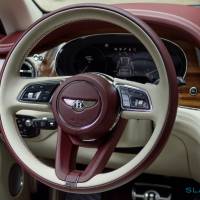 There’s Android Auto and wireless Apple CarPlay, while Bentley sprinkles up to six USB-C ports around the cabin. You still get physical shortcut buttons too, plus plenty of easily understood controls for the HVAC system. The analog/digital combo driver display has gone all-digital, and the $8,555 Touring Specification adds a more comprehensive head-up display, together with adaptive cruise control, night vision, and Traffic Assist that acts as a watchful hand on the wheel and gently contributes to keeping you positioned in the lane.

Only some switchgear clearly borrowed from Audi threatens to distract you. The reality is that there’s the MLB platform underneath – shared with the Audi Q8, third-gen Porsche Cayenne, and Lamborghini Urus – responsible for a lot of the Bentayga’s off-road ability. As before, the All Terrain Specification ($4,815) adds extra off-roading modes, though concerns of scratching the 22-inch alloy wheels that are part of the $13,180 Mulliner Driving Specification, or indeed the Cricket Ball exterior paint and lashings of chrome, kept me from putting that through its full paces. 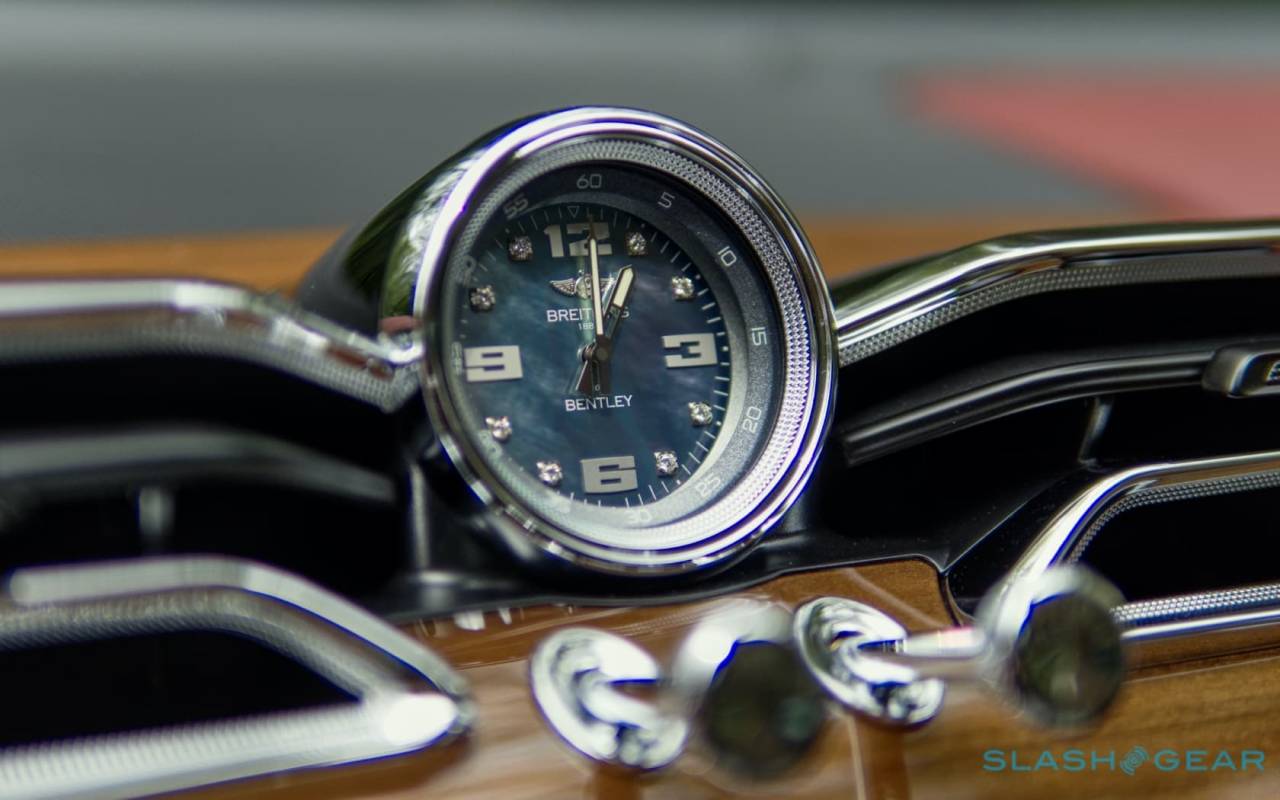 It leaves Bentley to focus on its most conspicuous talent: cabin trimming. These things are subjective, of course, but it’s hard to imagine anything bar a Rolls-Royce coming near the quality of Crewe’s artisans on the topic of leather, wood, and metal. The Bentayga’s hide – here in dual-tone Linen and Cricket Ball – is soft and joyously supple, yet without feeling fragile; its Liquid Amber veneer is unapologetically real wood. 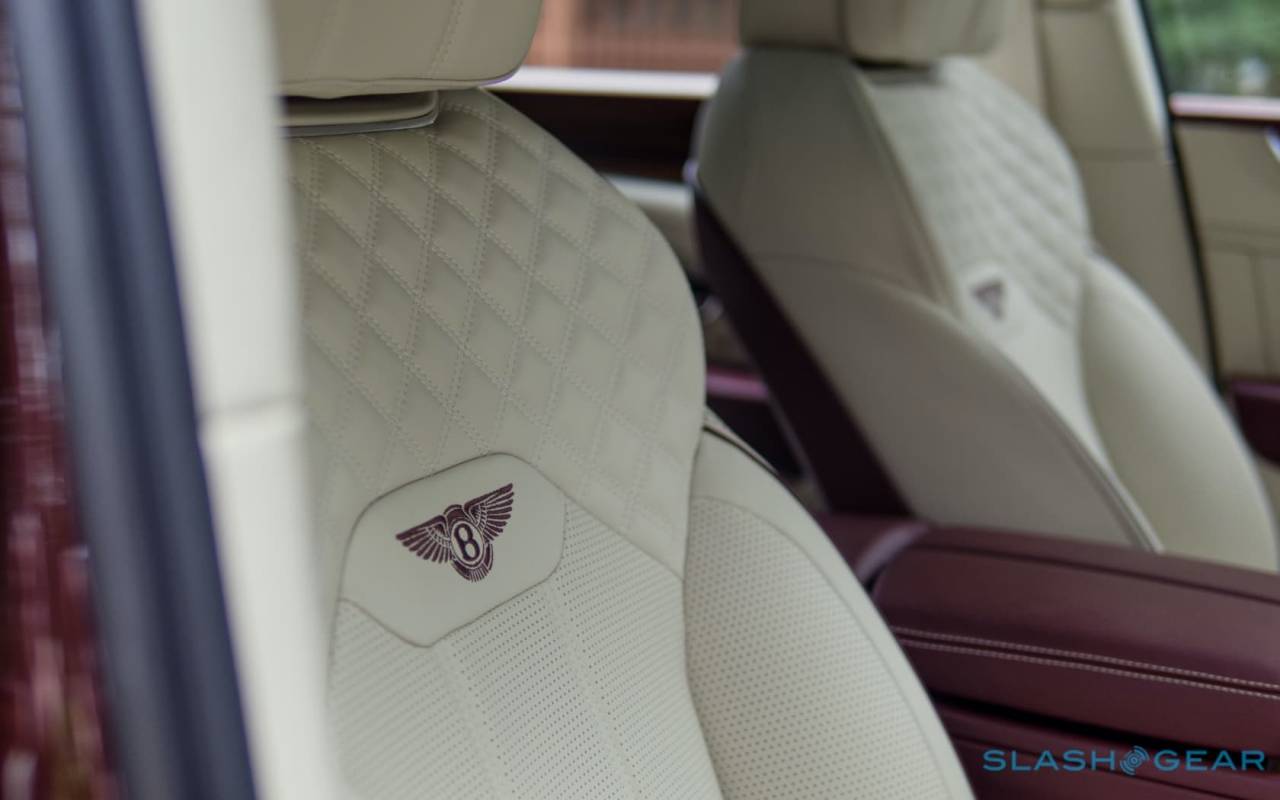 The result is an SUV that feels mature and classy, but without being dull, but if that doesn’t stir you then the choices don’t stop there. Bentley’s array of options – up to and including developing a unique paint, leather finish, or other bespoke fancies – is legendary, and will spiral as high and as complex as your bank account is deep. 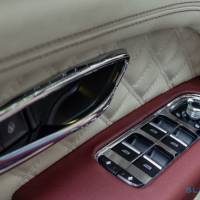 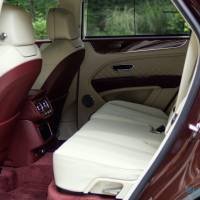 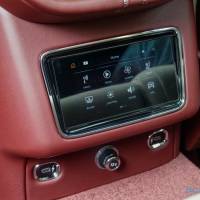 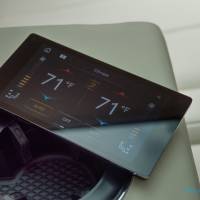 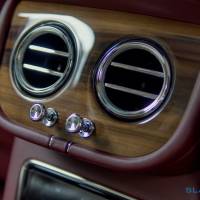 A 2021 Bentayga V8 starts at $177,000. With options, including the legendary Naim audio system that your ears undoubtedly deserve, this particular example is $224,260. Not cheap, then, but only a smudge higher than the starting price of a Flying Spur. $100,000 less, indeed, than Rolls-Royce would demand for a Cullinan.

In short order, Bentley will be expanding the new Bentayga range with a potent Speed version for those who can’t shed their cylinder addiction, and a Bentayga Hybrid the electrified drivetrain of which will arguably suit the SUV’s luxury temperament even more. Down the line, the automaker still has full electrification on the roadmap, though we’re still not sure what form that will take. 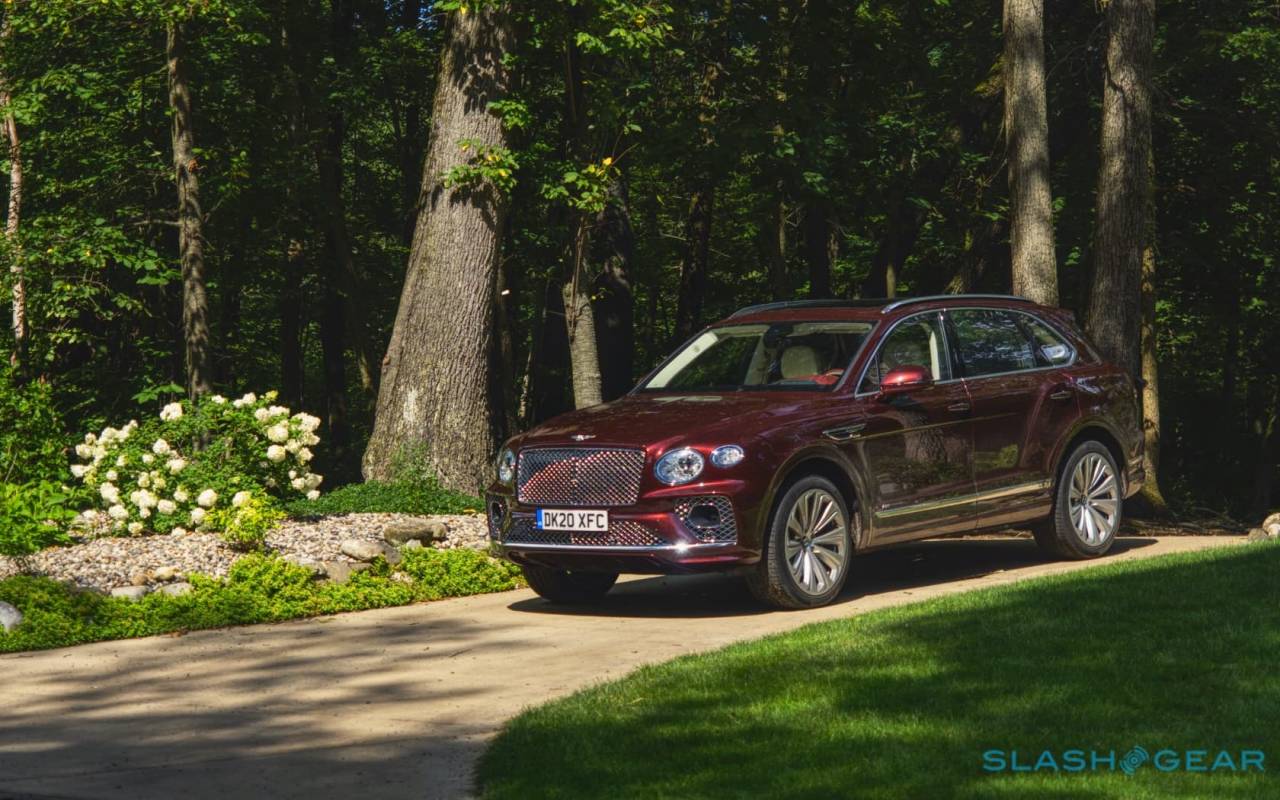 Right now, though, there’s one Bentayga to choose from, and a darn good SUV it is too. Maturity that only time can really bring, and a focus on targeted improvements that don’t dilute the core appeal. If this is meant to be the everyday Bentley, then the 2021 Bentayga is a car that’s just that little bit easier to live with every day.