The new luxury is green, and while the leather and wood may be familiar, Bentley is preparing for some huge electrification changes underneath. Right now, the British automaker may be the world’s largest producer of vast, twelve-cylinder engines for cars like the Flying Spur W12, but in less than ten years time they’ll all be retired as part of a rapid switch to embrace first hybrids and then pure-electric drivetrains.

Bentley calls it “Beyond 100,” a simple name for what is, on the face of it, a huge challenge. Part of the allure for a brand like Bentley is its history – and, you could argue, its excesses – and while bringing in new, younger owners is essential, that can’t be done at the expense of existing fans. Still, 55-percent of Bentley customers say they’d consider buying an electric car from the automaker in the next decade; now they just need a car they can actually buy. 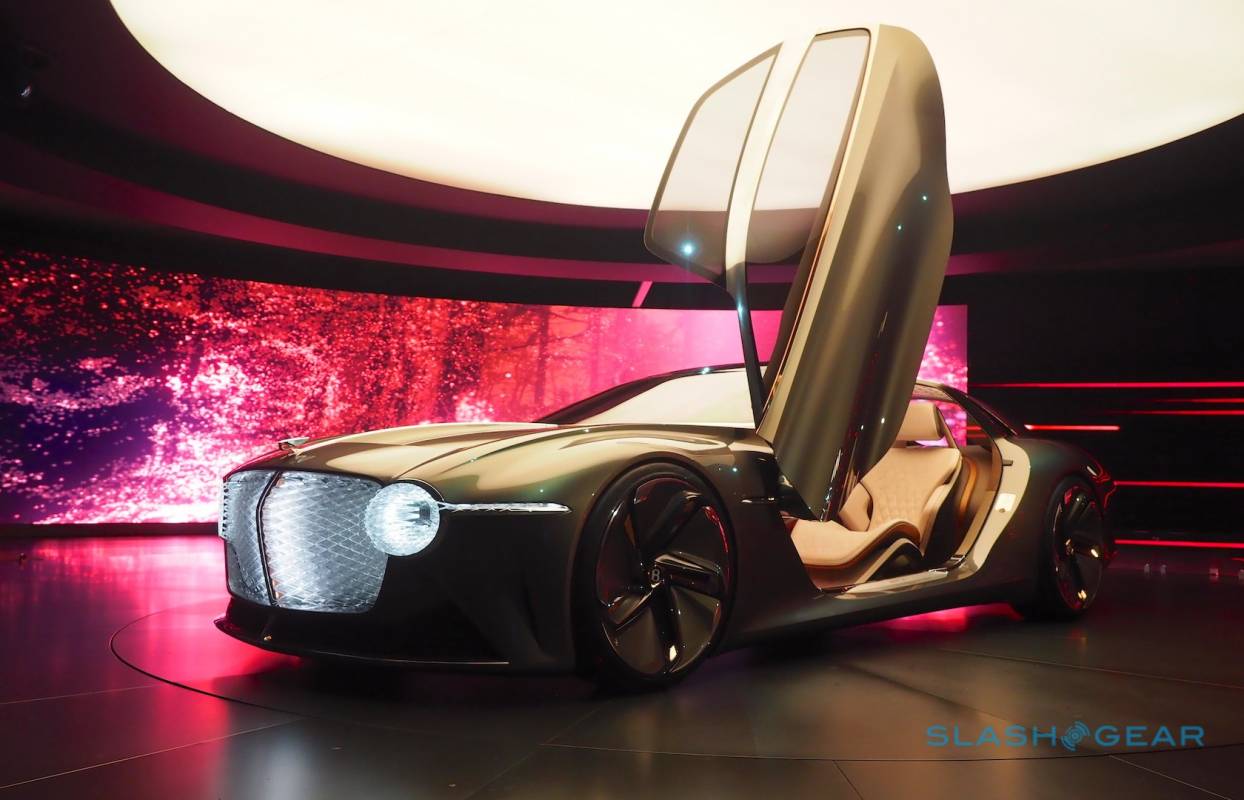 We already had a glimpse of what Bentley had in mind for that transformation in the shape of the EXP 100 GT, the striking concept it built to celebrate its centenary last year. It was a dramatic vision, with extra-long dihedral doors and an electric drivetrain, but also one which – despite Bentley saying it was a preview of what 2035 might look like – delivered new features much sooner than that.

The unusual, 5,000 year old peat bog wood, for example, used in its trim has already shown up as an option in current Bentley models. Some of the styling of the EXP 100 GT, meanwhile, has influenced cars like the second-generation Bentayga SUV. The electrification, meanwhile, is set to accelerate over the next few years.

“Next year we will launch two plug-in hybrids,” Dr Matthias Rabe, engineering chief at Bentley, confirmed. “Plug-in hybrids are the best of both worlds.” Currently the automaker has just one model, the original Bentayga Hybrid, which taps the benefits of electric motors for low-end torque and near-silent urban driving. 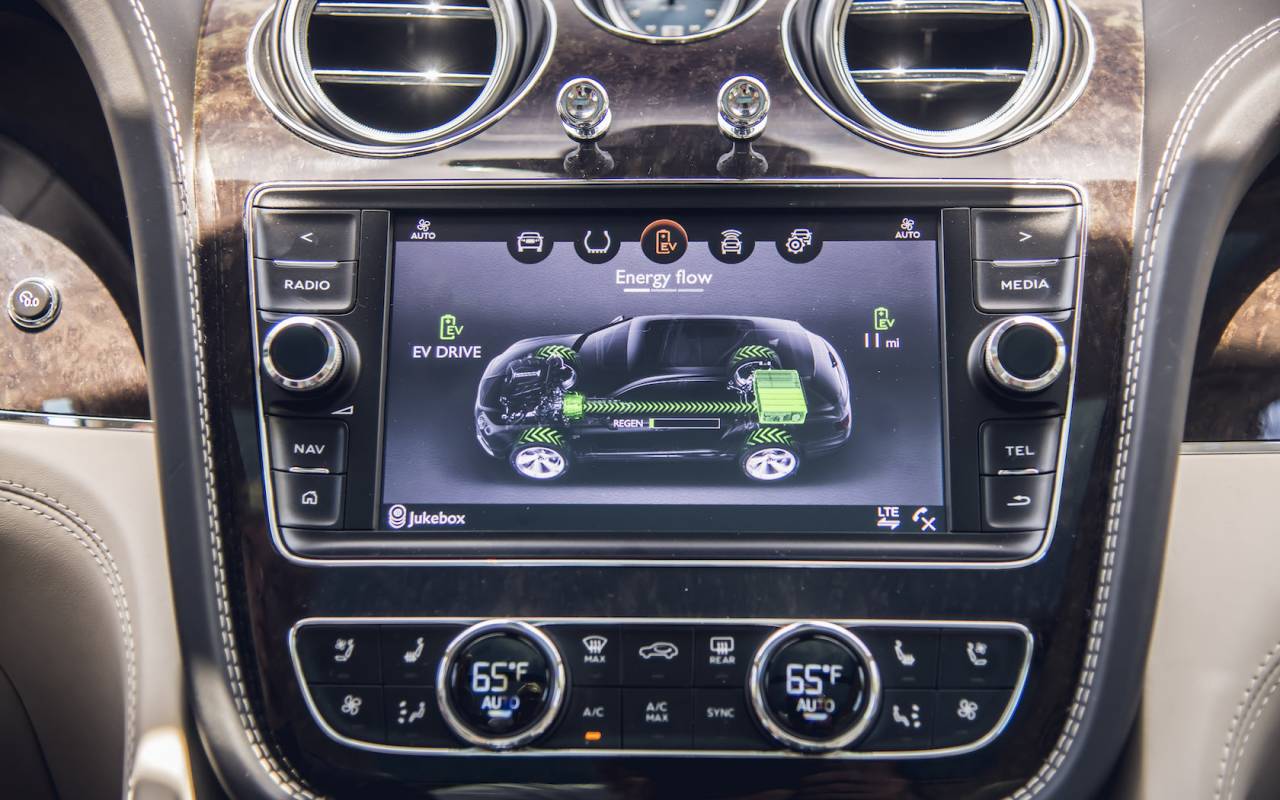 It won’t be the last. “There will come more plug-in hybrids,” Rabe says “and by 2026 we will have all our cars plug-in hybrid or all-electric.” 2025 will see the first fully-electric car from the British automaker. “The future of Bentley will be fully electric,” Rabe concludes. “We believe in that … We are working not only one car but a family of cars.”

Luxury, of course, isn’t just about product, but pitching that product. Bentley says it’s focused on delivering cars – and experiences around cars, like growing plans for car-sharing services that allow owners to temporarily use a vehicle when they travel – that earn a place as an emotive purpose as much as a piece of engineering. Mulliner, the automaker’s bespoke arm which can do anything from customize paint colors and leather to make super-limited runs of models like the recent Bacalar open-top, will also double-down on rarity. 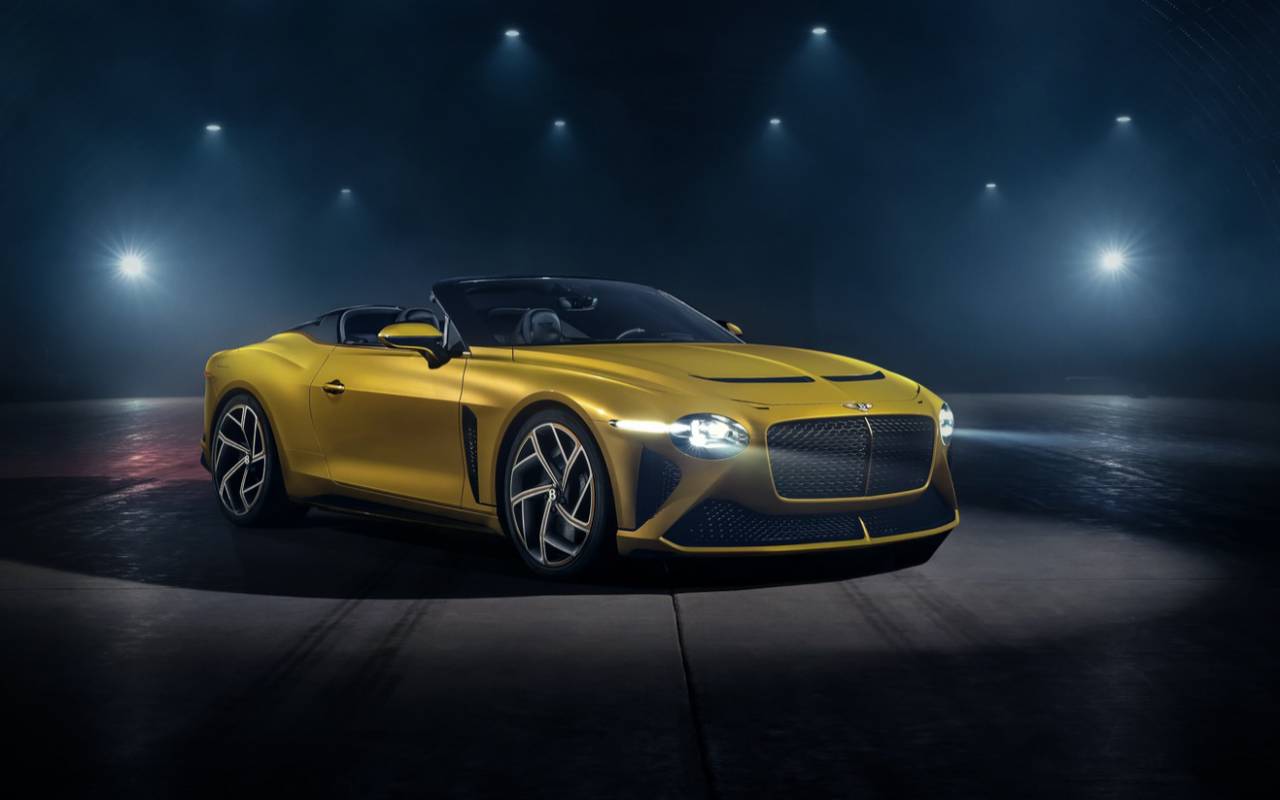 The first all-electric Bentley will be end-to-end carbon neutral, the automaker promises, while the Crewe factory that will produce it and the rest of the range should be carbon-positive by 2025. By 2030, meanwhile, there’ll be no more combustion engines in new models. 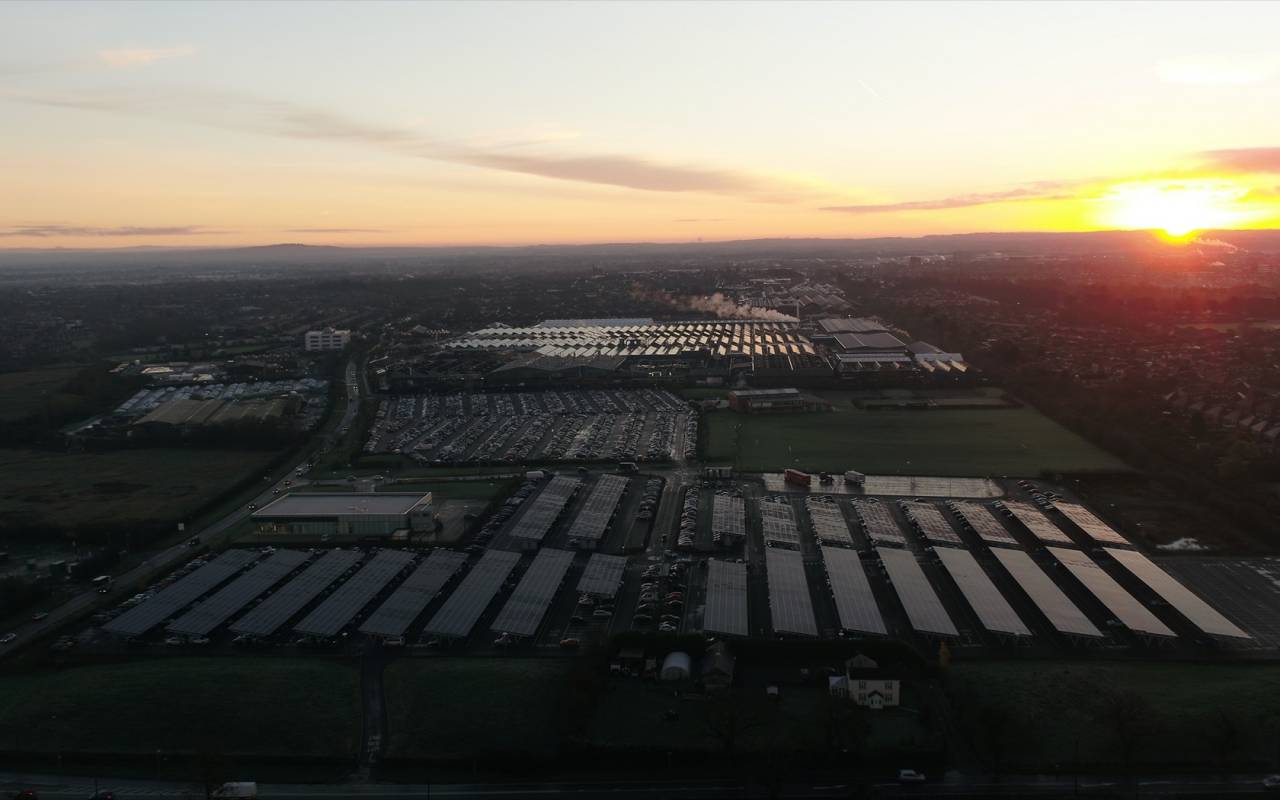 Clearly, few will be able to actually afford this new generation of Bentley models, whether hybrid, fully-electric, or otherwise. Part of the big promise, though, is that just as the automaker has benefited from the scale of Volkswagen Group, so its own technology – and the deep pockets of owners willing to help fund the development of that – has a cascading effect to models that are more attainable from other brands.

Bentley isn’t counting on a huge breakthrough in battery technology to deliver the sort of equivalent range its gas models offer today, either. Instead it’ll be “an holistic approach,” including an evolution in aerodynamics and more, Dr. Rabe says. Infrastructure will be key, too, with Bentley execs saying they’re confident that, by 2030, there’ll be sufficient charging opportunities in the markets it’ll offer EVs in to sustain an electric-only fleet. 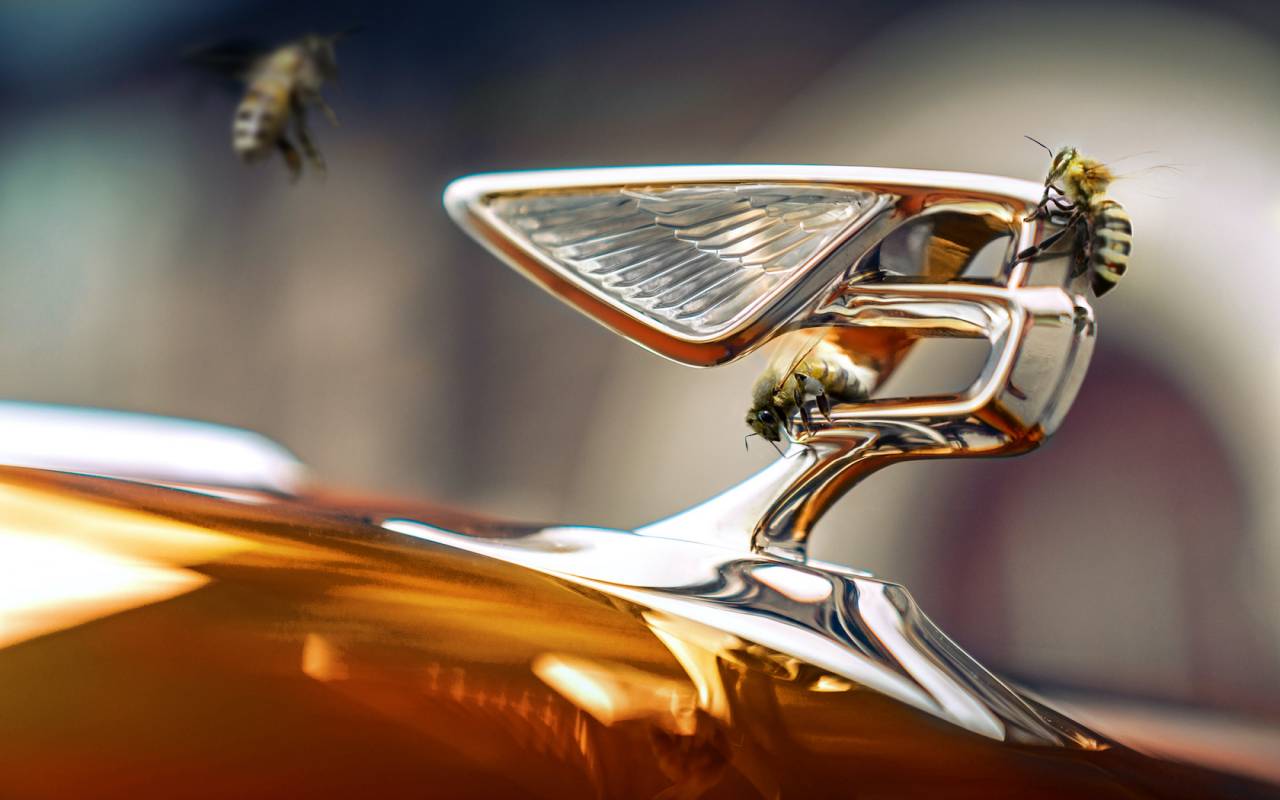 That, the automaker says, is far more likely a scenario than so-called e-fuels: carbon neutral synthetic fuels produced when water is split into hydrogen and oxygen via electricity, and then that hydrogen is combined with carbon dioxide for combustion engines. Bentley recognizes that those fuels might be one possibility for its continuation cars – modern day recreations of its early models, like the iconic Bentley Blower – and even to make existing gas-only models more environmentally conscious, but the fueling infrastructure needed to sustain that is far less mature than that of EV chargers.

In short, there are a lot of moving parts, and Bentley only has control over some, not all, of them. Tougher standards globally around factors like carbon dioxide emissions mean a head-in-the-sand approach simply isn’t feasible, not if automakers like Bentley hope to live through another 100 years. The reality is that halo cars aren’t going away any time soon – it’s just that the halo will have to glow a little greener.