Audi’s 2021 Q4 e-tron will be the automaker’s most affordable all-electric car, it’s reported, with early pricing info suggesting this could be Tesla’s biggest competition to-date. Previewed in concept form back at the Geneva Motor Show last year, the Q4 e-tron won’t be Audi’s first EV in the US, or indeed its first all-electric SUV. However it will have two big differences from what we’ve seen before.

The first distinguishing feature is platform. The Q4 e-tron will be the first Audi to use Volkswagen’s MEB architecture, the highly flexible basis for the group’s future EVs. VW has already used the MEB platform for its ID.3 electric hatchback, and other companies in the group will use it for their own electric cars too. 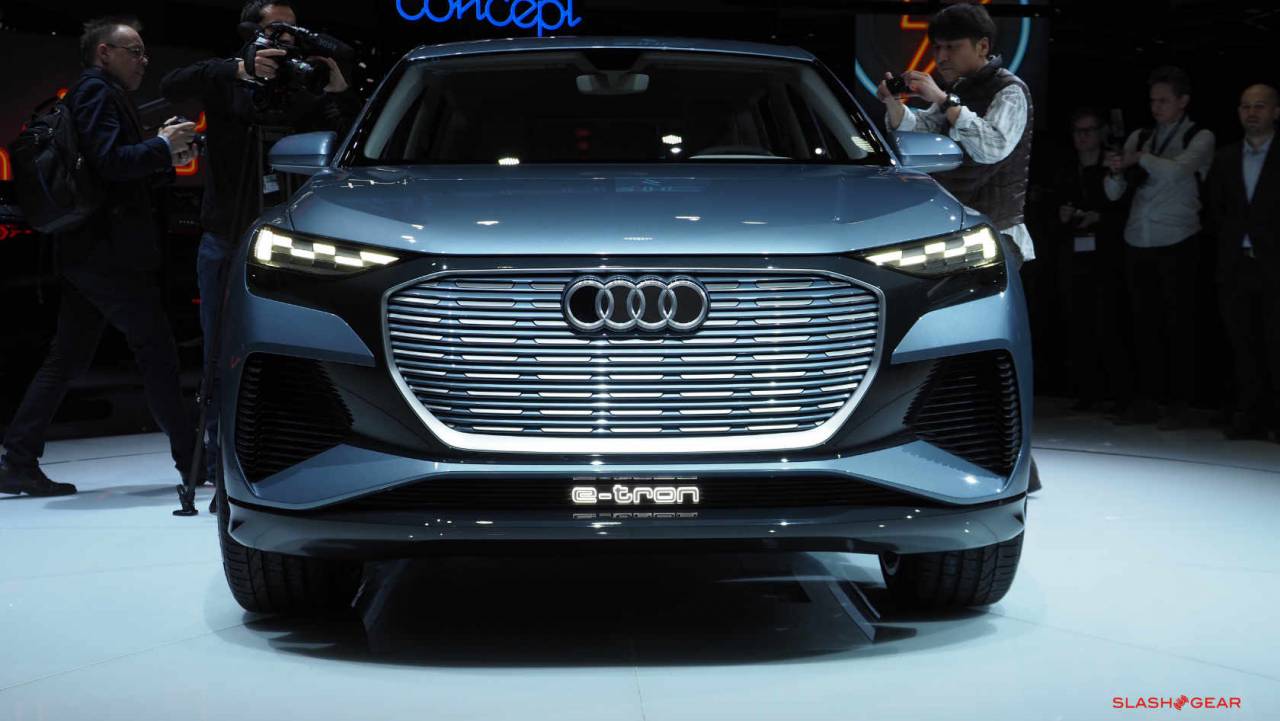 Audi’s electric models so far, though – including the original Audi e-tron SUV, and the 2020 Audi e-tron Sportback set to come to the US later this year – haven’t relied upon the MEB. Instead, they’ve used modified versions of Audi’s existing platforms, such as the MLB architecture that underpins various internal-combustion vehicles. The MEB has a number of advantages, however.

For a start, it was designed with electrification from the get-go. That means tight integration of the battery pack, and flexibility to use different sizes of battery too. The MEB supports front-, rear-, or all-wheel drive configurations, as well as broad variation in overall vehicle size.

In the case of the 2021 Q4 e-tron, the four-door crossover is expected to have an 82 kWh battery good for around 280 miles on the WLTP cycle (EPA range will undoubtedly be lower). It’ll be all-wheel drive, at least initially, with an electric motor up front and a second for the rear wheels. Together, they’re likely to muster 225 kW, for a 0-62 mph time of 6.3 seconds.

The other big advantage to the MEB platform is pricing. VW’s focus was making electric vehicles more affordable, and that’s shaping up to turn the 2021 Q4 e-tron into the cheapest all-electric car that Audi offers. 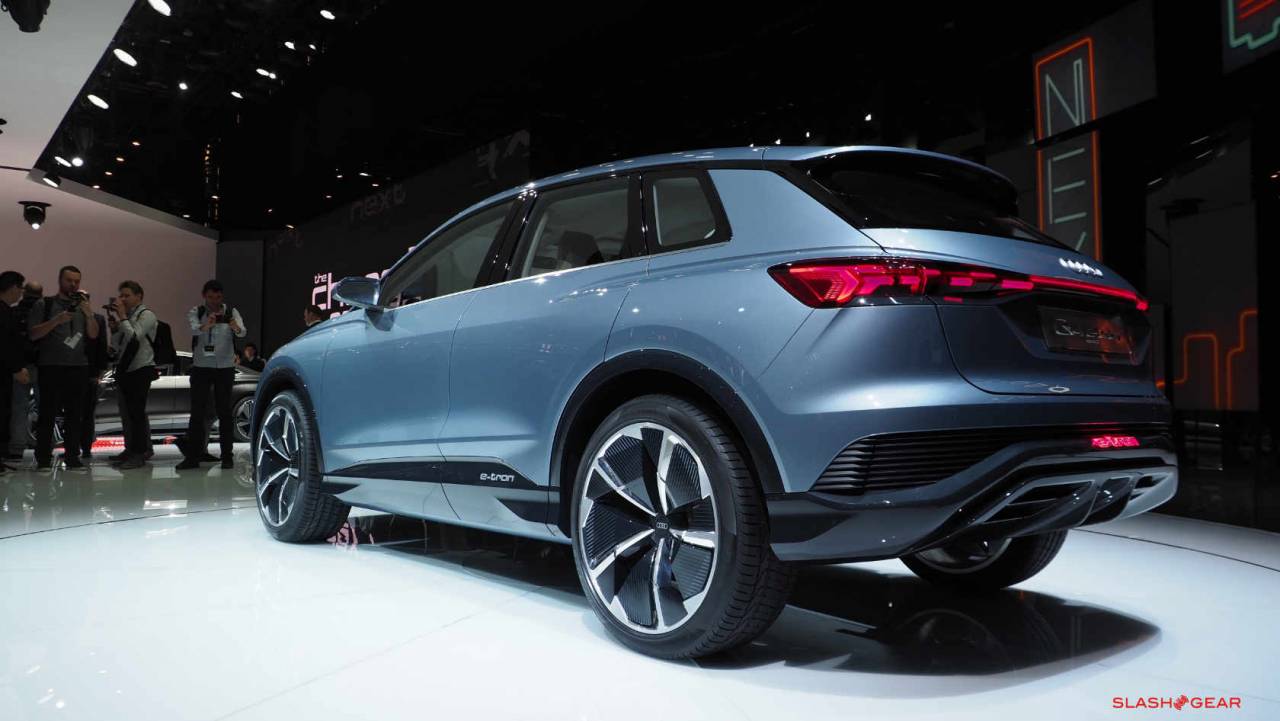 Official pricing hasn’t been confirmed yet, but according to Car and Driver it’s likely to start at around $45,000 when the crossover goes on sale in 2021.

That’s considerably cheaper than what we’ve seen so-far. The original Audi e-tron SUV launched at $74,800 when it went on sale in the US, before destination and any incentives. Step up to the Prestige package, and that rose to almost $82k.

More recently, the 2020 e-tron Sportback will be even more expensive. It’ll start at $77,400 (plus destination) when it arrives in the US later in the year. The federal tax credit will bring that down to $69,900 for eligible buyers, plus there’ll be individual state incentives to consider too, but it’s still not going to be a cheap car.

A better balance of pros and cons 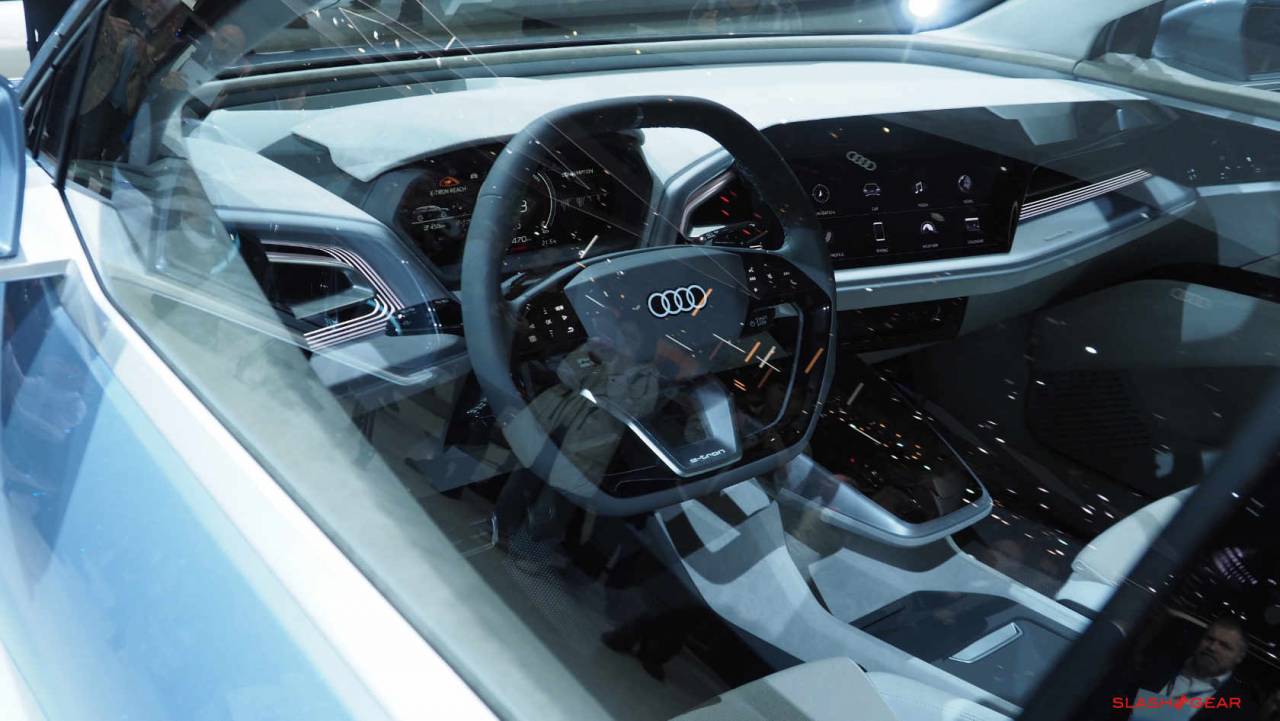 The upshot may well be that the 2021 Q4 e-tron is the first Audi EV to really nail the balance of brand prestige, green credentials, and perceived value. Audi has faced an uphill struggle over the past couple of years, competing with Tesla’s aggressive range numbers for cars like the Model X. In contrast, Audi’s lower EPA figures have encouraged it to focus on speed of charging and other ownership factors.

The expectation is that, like its bigger and more expensive siblings, the Q4 e-tron won’t be a range-leader, at least on paper at the EPA. What it could find easier, though, is making the pitch that around 200 miles of range, plus Audi’s reputation, a comfortable cabin, and an aggressive price – along with the growing Electrify America charging network – fits a sweet spot for new EV owners looking to ditch the gas station. We’ll know more when the production Q4 e-tron is revealed ahead of next year’s launch.