2020 Audi e-tron Sportback gets US pricing and range

Audi’s 2020 e-tron Sportback will arrive at US dealerships this summer, the automaker has confirmed, pricing up the four-door fastback EV and confirming range estimates ahead of its launch. Announced back in November 2019, the e-tron Sportback will be Audi’s second all-electric production vehicle in the e-tron family, following the original SUV it released last year.

This new car falls closer on the crossover scale than the e-tron SUV, or perhaps a four-door coupe. Relatively short in length but tall in height, it has steeply raked D-pillars and a squat, muscular stance.

In fact, it reminds us of another upcoming EV, the Polestar 2. Audi’s car is actually a step up in size: a foot longer than the Swedish fastback, and half a foot taller. It’ll also be more expensive, Audi has confirmed. 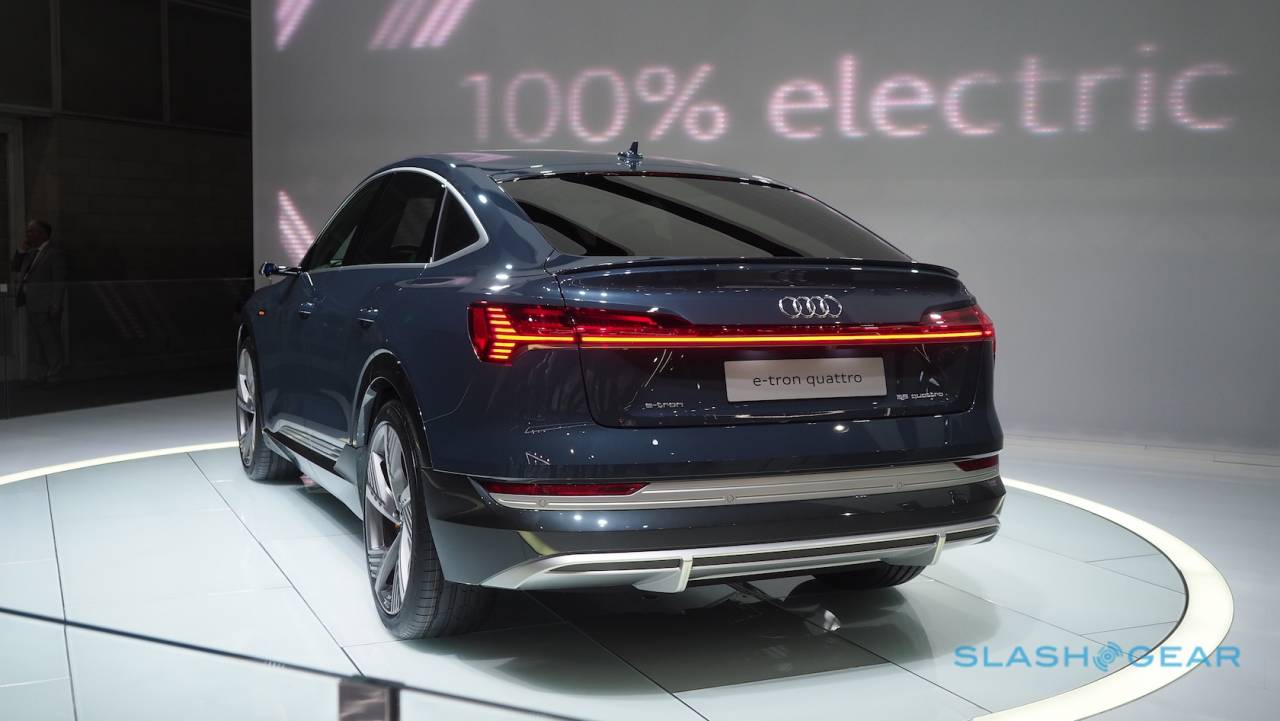 Your money will get you 355 horsepower as standard, or 402 horsepower with the car’s Boost Mode. That temporarily unlocks more grunt when you mash the accelerator all the way down, and enables the e-tron Sportback’s 5.5 second 0-60 mph time.

Audi will offer a towing package, that allows the e-tron Sportback to tow up to 4,000 pounds. There’ll also be an e-tron Sportback S, cutting a second from the 0-60 time among other improvements. 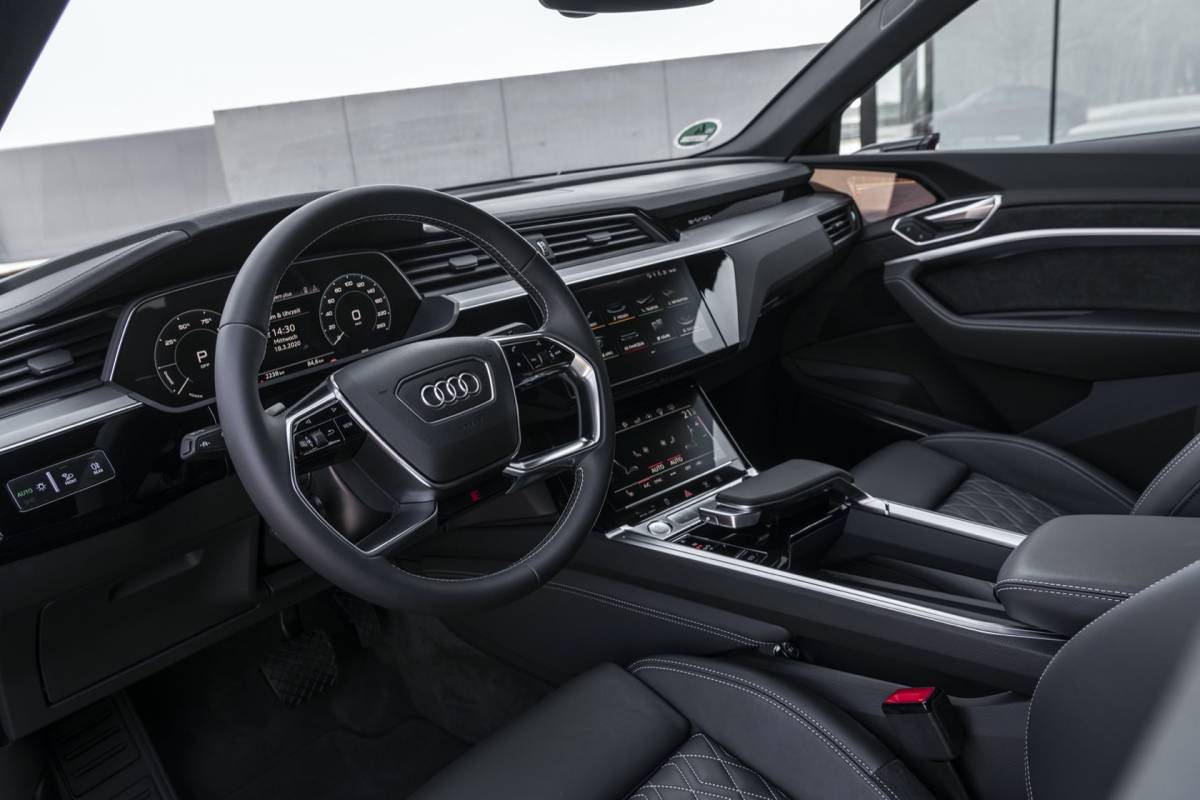 As for the battery, that’s a 95 kW pack slung underneath the passenger compartment. Audi expects it to be rated at 218 miles by the EPA, tapping a conservative 91-percent of the total capacity so as to ensure longevity over the lifespan of the car. There’ll be 150 kW DC fast charging support, which Audi says is enough for a 58 mile top-up in 10 minutes. Leave it plugged in for half an hour, meanwhile, and you could be looking at 174 miles of range.

You’ll need a high-power charger for that, of course, and there Audi is looking to Electrify America. The EV’s MMI touch response infotainment system will not only show the location of the network’s charging points, including making stopover suggestions when setting up navigation instructions for longer trips, but show current charger availability too. Buyers get 1,000 kWh of Electrify America charging bundled in the price of the EV, to be used over the first four years.

Overall it’ll be a more expensive car than the Polestar 2 and the Tesla Model Y that it’s likely to be compared to, but Audi is counting on a higher level of standard trim and the prestige of the four rings on its grille to help set the 2020 e-tron Sportback apart.