Apple’s Magic Keyboard for the iPad Pro may have been the biggest nudge in making the tablet a more capable laptop replacement, but don’t expect the removable folio case to play nicely with the new 12.9-inch iPad Pro. Despite the recently-revamped largest iPad Pro looking, on the face of it, identical to the 2018 and 2020 versions of the tablet, a slight increase in thickness means a big hit on your wallet if you’re upgrading.

The problem is that, despite appearances, the new 2021 iPad Pro is actually slightly thicker than its predecessors, at least for the 12.9-inch model. Last year’s iPad Pro 12.9-inch, the 2020 model, was 5.9 mm thick. This year’s replacement is 6.3 mm thick.

The culprit is believed to be the Mini-LED technology which Apple has used for the display. Branded Liquid Retina XDR, it features thousands of tiny LEDs which can be more individually controlled for improved backlighting and brightness. Problem is, as iGeneration and the The Verge report, that change in dimensions also impacts backward compatibility with existing the Magic Keyboard. 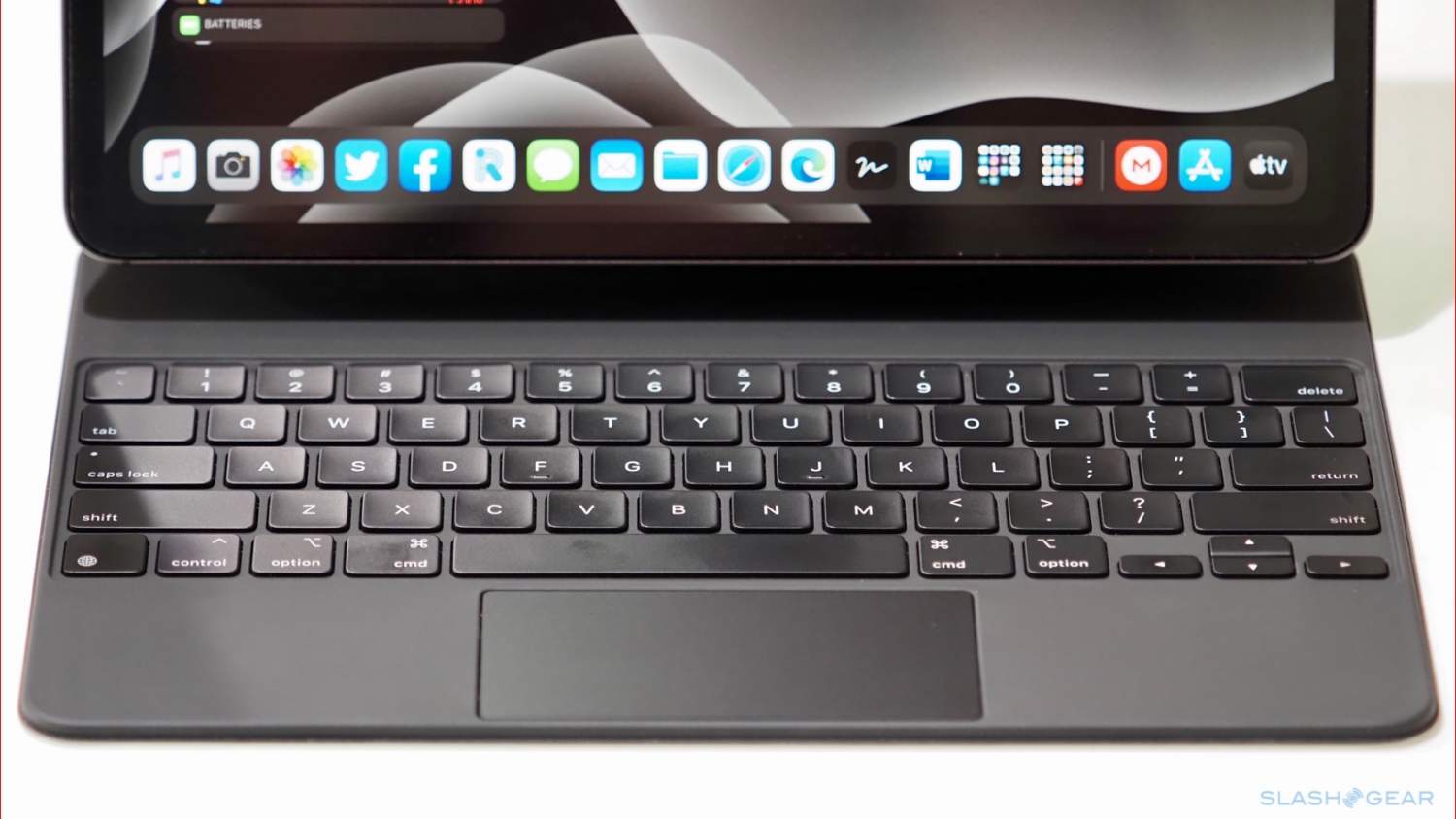 Half a millimeter is apparently enough to leave the new iPad Pro 12.9-inch too thick to fit into the old Magic Keyboard. That means you’ll also need to budget for the latest version of the Magic Keyboard, which is a not-inconsiderable $349. That will be compatible with previous, thinner 12.9-inch iPad Pro tablets.

It’s an issue that doesn’t arise for the 11-inch iPad Pro, which even after the 2021 refresh doesn’t include the new screen technology. That’s been reserved for the larger, more expensive model, in the process meaning that the tablet sticks at 5.9 mm thick.

To be fair, Apple never pitched the Magic Keyboard as a “buy it once, use it forever” accessory. Instead, the removable nature is designed to bring flexibility to how the tablet can be used: as a more traditional laptop replacement with a keyboard and trackpad, or as a slate with the QWERTY removed. Apple’s typically evolutionary industrial design from generation to generation may have lulled us into a false sense of security with accessories, though it’s still going to be frustrating for those who sank several hundred dollars into a keyboard just last year.

It remains to be seen whether third-party keyboard cases – and folio cases in general – will suffer the same size challenges as Apple’s Magic Keyboard. That will presumably depend on things like overall tolerances and hinge design. We’ll know more when the 2021 iPad Pro begins shipping in the second half of May. Preorders kick off from April 30, with the 12.9-inch model priced from $1,099, or from $1,299 for the version with integrated 5G data.

Update: Apple has since clarified just what the compatibility situation is, for those wanting to use an existing Magic Keyboard.