Apple has revealed the new iPad Pro, now packing the M1 chip familiar from the new iMac and the latest Mac mini and MacBook Air. The 2021 iPad Pro gets the same 8-core CPU and 8-core GPU as its desktop cousins, for 1,500x the graphics performance of the original iPad Pro.

Outwardly, the new iPad Pro looks much like its predecessor. There’s still a ProMotion Liquid Retina display and flat-sided casing, with a sleek metal design that remains finless despite the higher-performance chipset. 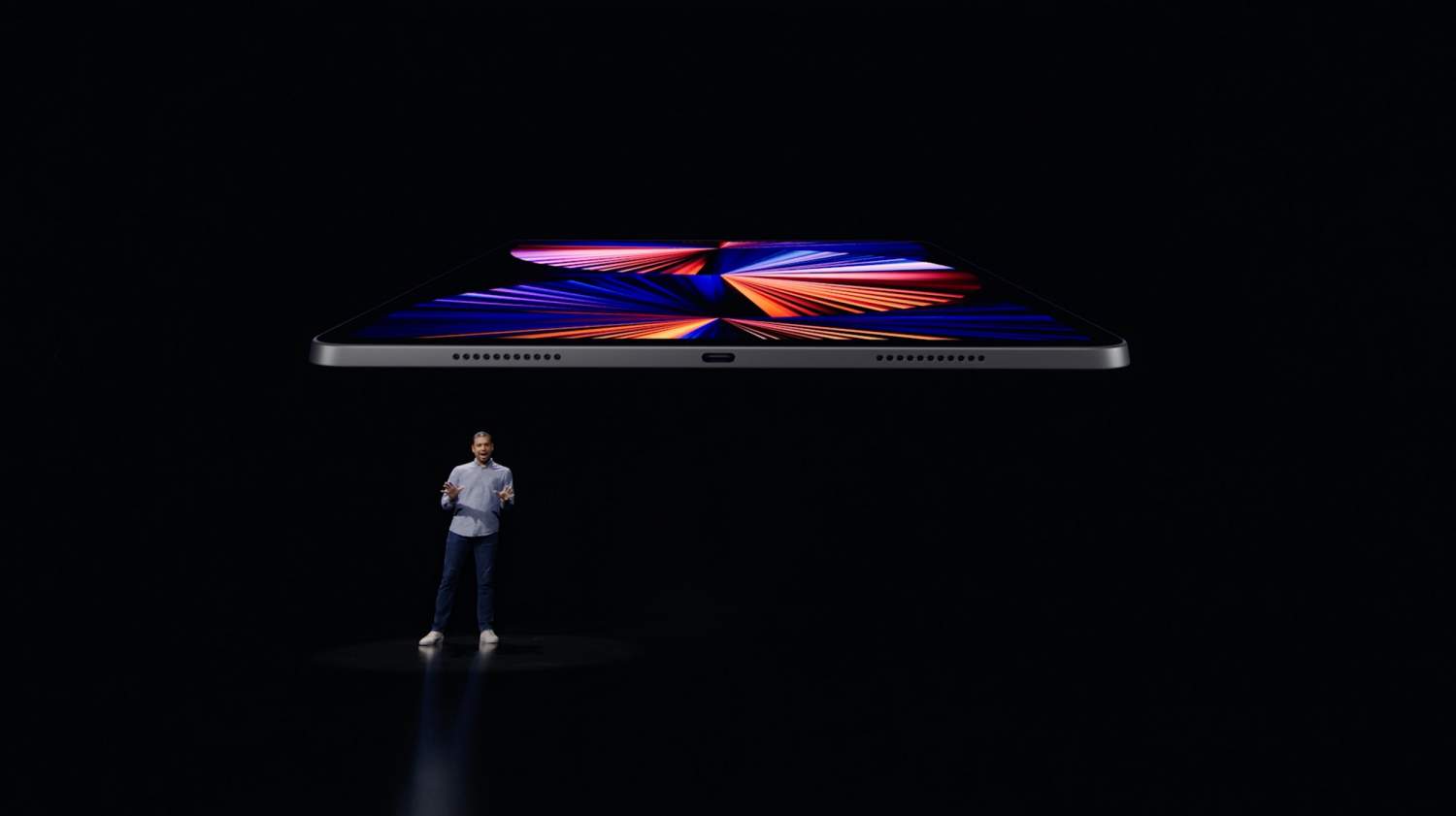 Inside, there’s now twice the storage speed as before. Apple is also adding a new 2TB storage option, for those who really need to keep 220 hours of 4K HDR.

There’s also 5G built-in for the first time, as the iPad Pro follows the iPhone 12 in adopting higher-speed connectivity. That’ll support up to 3.5 Gbps, network depending. In the US, there’ll be support for mmWave, which will deliver even faster data rates – assuming you can find a compatible network. 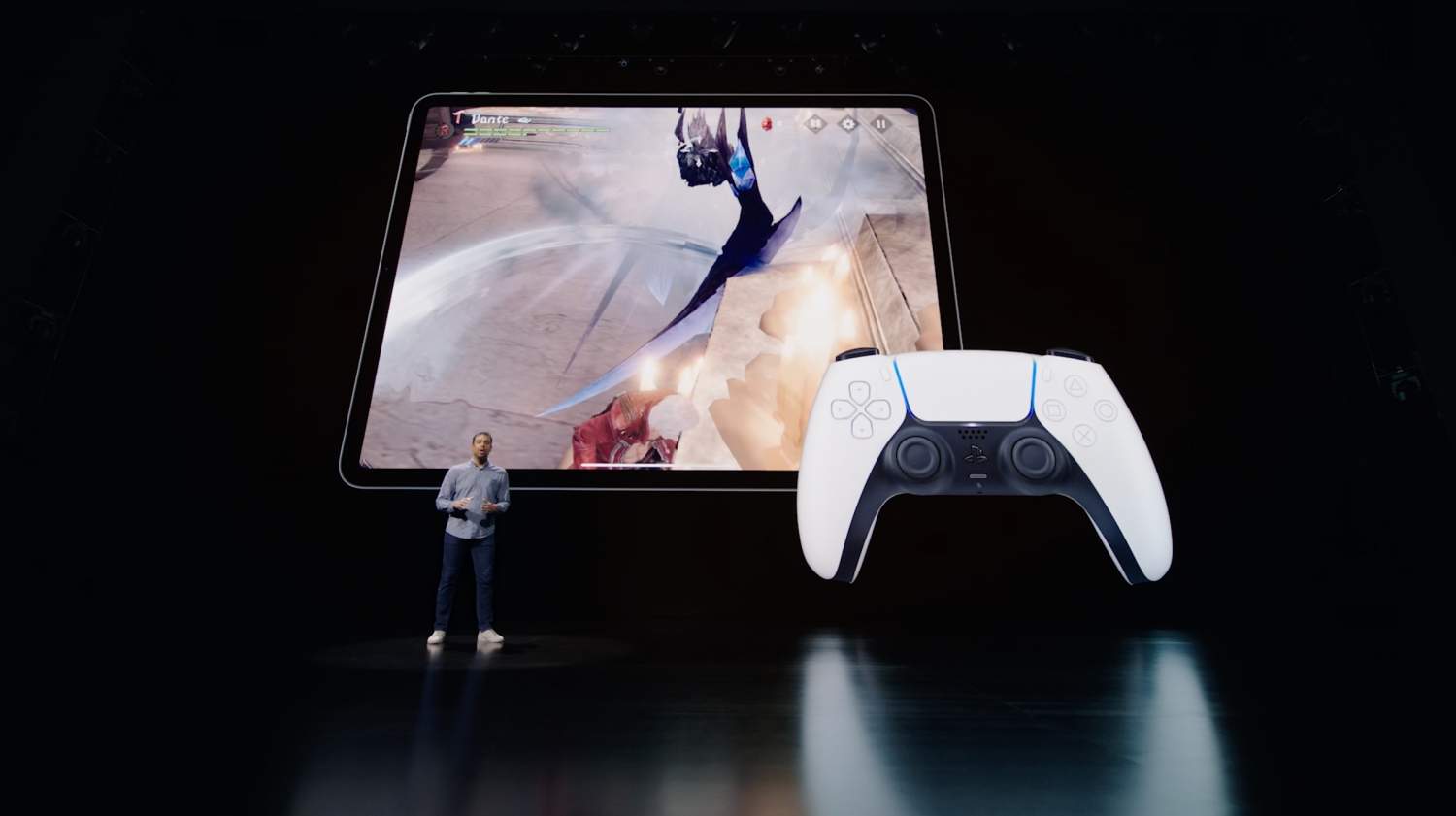 There are studio-quality microphones and Apple’s LiDAR Camera on the back. The cameras now support Smart HDR thanks to the new chipset power, with the ISP and LiDAR scanner also delivering improvements in low-light performance. The TrueDepth camera on the front still does Face ID.

However, there’s also a new ultra-wide TrueDepth camera, with a new 12-megapixel sensor with 120-degree field of view. Apple is using that for what it’s calling Center Stage, which will maintain your position in the center of the stage for video calls. It’ll automatically crop to suit, and can intelligently expand the frame if someone else moves into the scene. 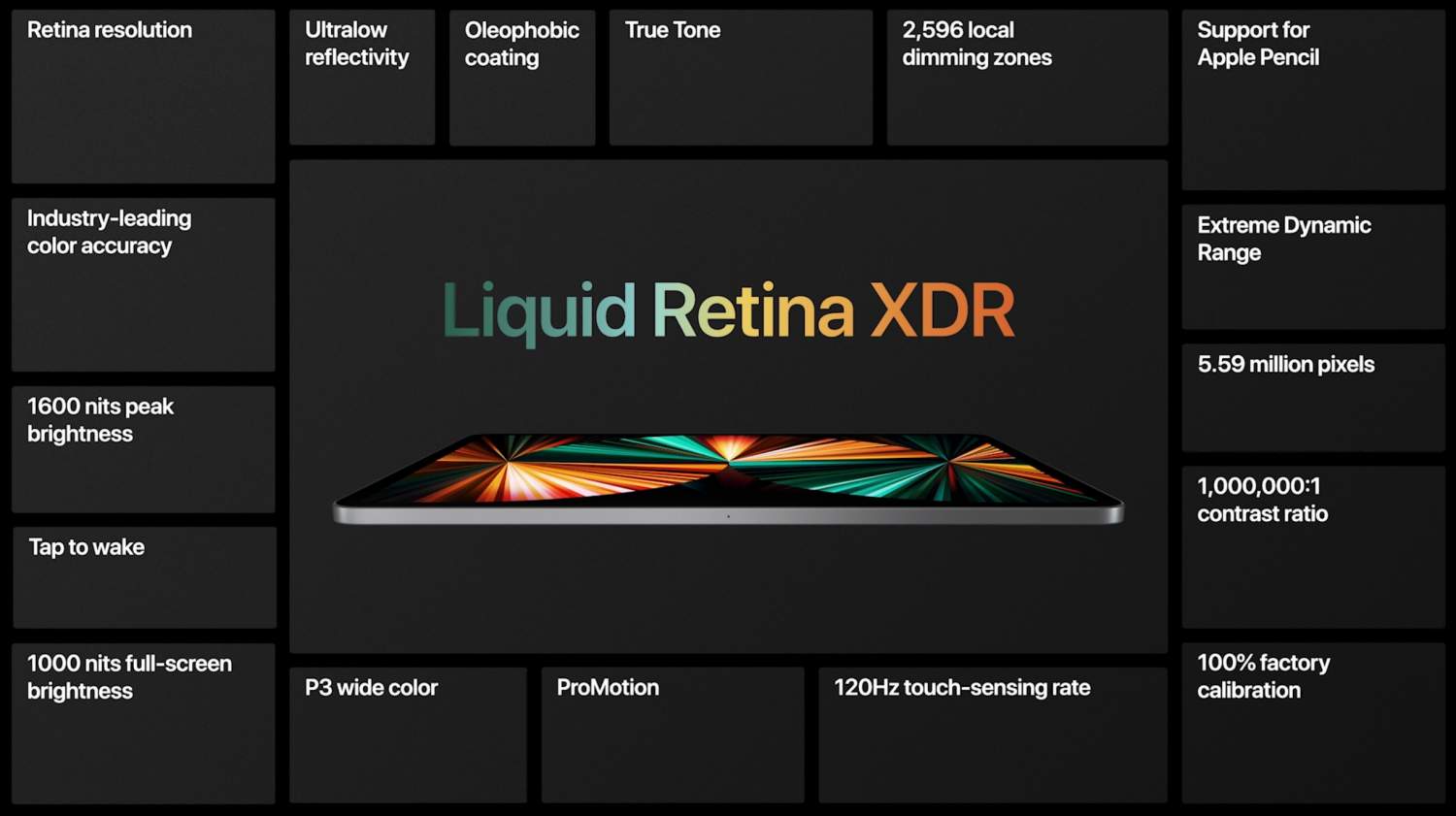 The port on the bottom now supports not only USB 4.0 but also Thunderbolt too. That means up to 480 Gbps data transfers: 4x the bandwidth of the previous iPad Pro. It’ll also the new iPad Pro to drive the ProMotion XDR display at its maximum 6K resolution.

There are still two size versions, 11-inches and 12.9-inches. The 12.9-inch iPad Pro gets the same Liquid Retina XDR display technology as the ProDisplay XDR. It supports 1,000 nits brightness and 1,600 nits of peak brightness. There’s also a 1,000,000:1 contrast ratio. That involved making a whole new Mini-LED system for the display, Apple says, with over 10,000 packed into the screen to deliver the peak brightness: up from 72 LEDs in the old version. They’re clustered into 2,500 local dimming zones. 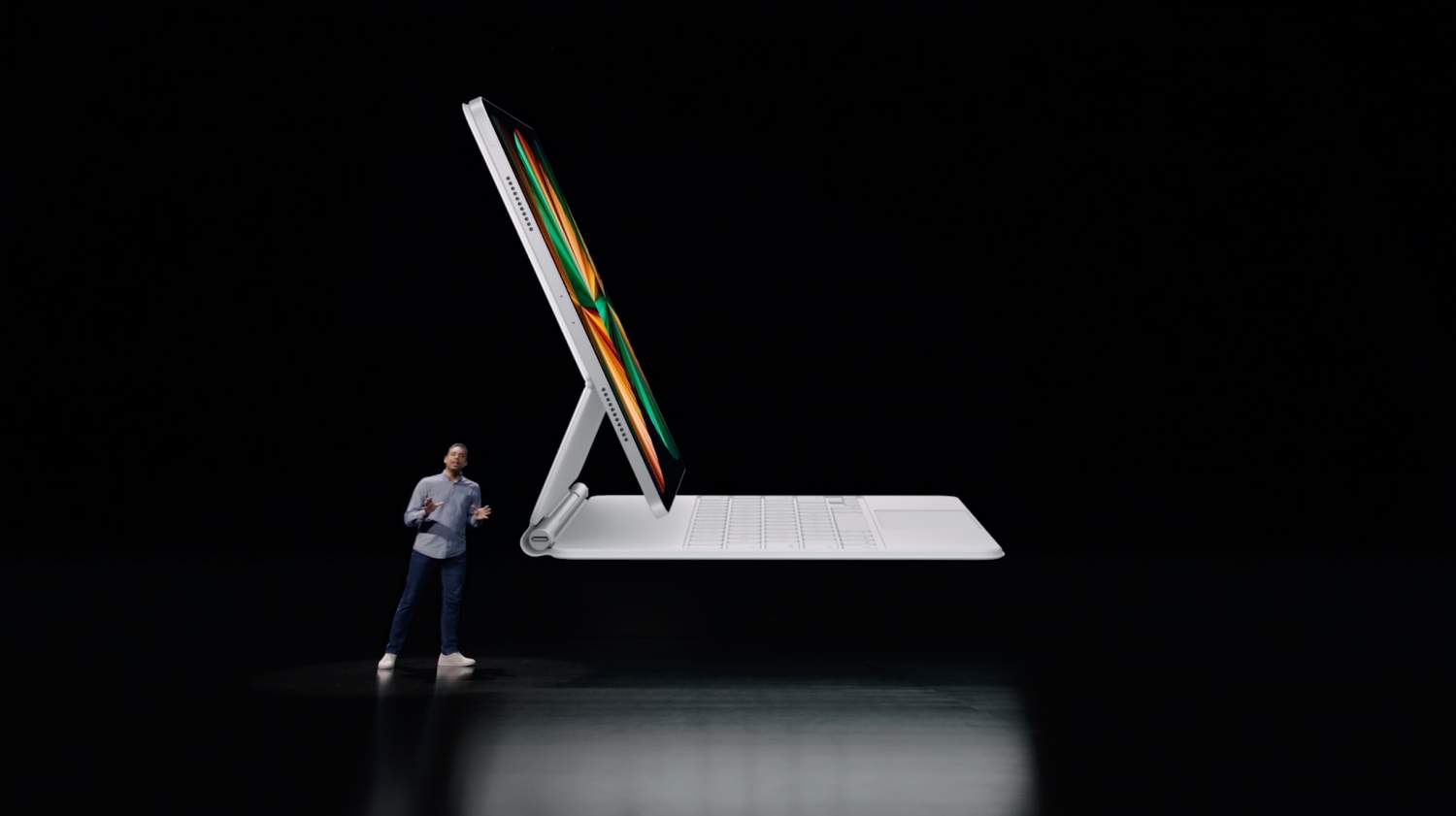 The 12.9-inch iPad Pro is now 6.4mm thick and tips the scales at 1.5 pounds. Of course, you still get Apple Pencil 2 support, with support for seven languages now in iPadOS Scribble. The iPad Pro Magic Keyboard will now be offered in a white finish, too. 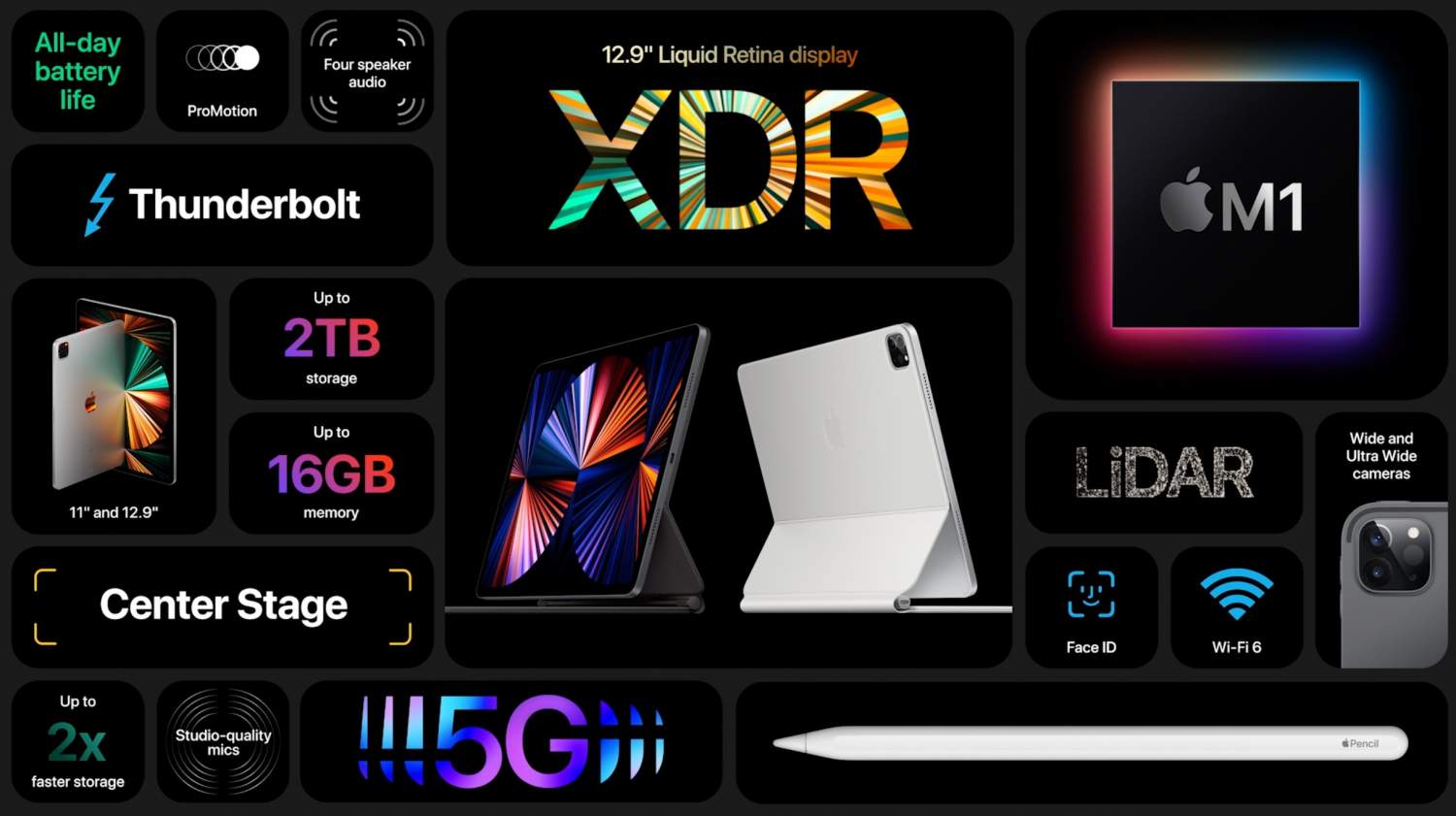