An Xbox TV, a console piggy-backing on your cable box, DVR functionality, streaming gaming, and augmented reality have all been topics of Microsoft development for the next-gen “Xbox 720“, sources claim, though how much of the prototype tech will make it to the eventual hardware is still unclear. Microsoft has been working on multiple possibilities for embedding the new Xbox further into the living room, multiple insiders whispered to the WSJ, as it attempts to challenge not only Sony’s PlayStation 4 but the rising star of smartphone and tablet gaming. Still, wariness about potentially frustrating gamers with laggy play, or content and entertainment partners, has apparently forced Microsoft to temper its console ambitions.

Some of the strategies for extra console “stickiness” Microsoft considered involved making sure the new Xbox was always involved in whatever the gamer’s TV might be showing at the time. One possibility apparently worked on was an HD input on the Xbox, which could be used to input signals from a cable or satellite box and then overlay Microsoft’s content on top.

That – a similar strategy to what Google used with the early Google TV boxes – could then be used to flash up Xbox-related news and notifications on top of regular TV. So, the sources suggest, gamers could challenge their friends to a multiplayer match, with the alert showing up on top of broadcast television.

The system could also be used to further break down the walls between live content, whether from cable or another source, and on-demand content and gaming served up by the next-gen Xbox, it was claimed. Microsoft even whipped up DVR functionality for one prototype version of the console, but “has been wary of including it” because of concerns that it might negatively impact current partnerships with content owners.

Such fears haven’t, apparently, affected Microsoft’s arch gaming rival, however. Sony has offered a TV tuner, the torne, and a DVR accessory, the nasne, for the PlayStation 3 for some years now, though only in Japan. 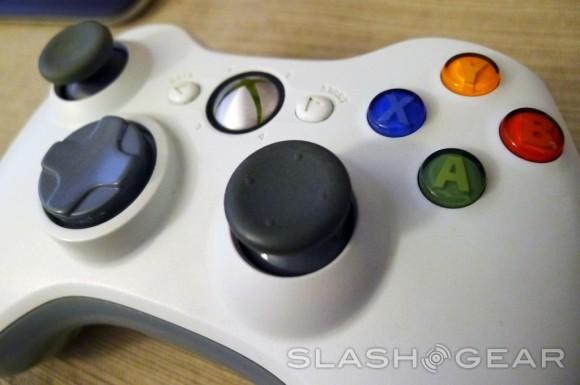 In fact, Microsoft supposedly went one stage further than a heavily-integrated console, and developed a full Xbox TV. The likelihood of such an all-in-one reaching the market seems low, however, given the commoditization of TVs, and the fact that – over the typical multi-year life cycle of a console – Microsoft would probably have to more frequently update its screen technology.

Meanwhile, there’s also chatter around streaming gaming, another topic Sony has confirmed will be integrated in some way into the PS4. Microsoft’s strategy on cloud gaming – though still a work-in-progress, the tipsters say – is more cautious, apparently, with concerns that the cost of infrastructure might prove unwieldy, while the potential for underwhelming and frustrating gamers with slower internet connections raised fears about the possibility of a negative backlash.

Any eventual implementation of cloud gaming on the Xbox 720 could start off in more humble ways, ensuring backward-compatibility with existing Xbox 360 titles. According to previous rumors, the new AMD-based architecture of the incoming console won’t be natively compatible with that of the 360, and one possible workaround to that is allowing upgrading gamers to stream their old titles running on a remote server.

Exactly which elements of these features – if any – will make it to the production console is unknown at this stage. However, a more accurate Kinect motion-controller seems more than likely, though talk of 3D glasses that could add augmented reality-style gameplay to titles is perhaps somewhat more shaky. Microsoft is known to be working on IllumiRoom, a projection system which expands gameplay and other home entertainment beyond the confines of the TV for more a immersive experience, but the company has said it won’t be ready in time for the Xbox 720 release.

Microsoft is due to announce the new Xbox on Tuesday, May 21, though the first big games announcement will take place at E3 in June. Previous talk has indicated a November release date, with the possibility of both outright purchase and a subsidized model, similar to those of cellphones, where the console would be cheaper but gamers would be tied into a two-year Xbox LIVE GOLD subscription.