Volkswagen is teasing its next all-electric concept, and it seems the Microbus may finally get an EV launch complete with autonomous driving. Set to be revealed in full at the North American International Auto Show (NAIAS) 2017, the second in the VW I.D. Concept family will show another version of the German automaker’s options offered by its new Modular Electric Drive Kit (MEB). In this case, that means doubling up on the motors, among other things.

VW first previewed the potential of the MEB platform back in September, when it took the wraps off the first I.D. Concept. Scaled like a Golf, but wearing a high-tech outfit with sleek bodywork and LED lights, the I.D. Concept’s real talents were underneath. There, a single electric motor pushed 125 kW to the rear wheels, with the battery pack lying underneath the floor.

At the time, VW said that there was flexibility for other cars using the platform to add more powerful motors or, indeed, more than one, and sure enough that’s what’s happening for NAIAS 2017. This new I.D. family model will have electric motors for both the front and rear wheels, adding up to all-wheel drive. It’s unclear at this stage what size of battery will be fitted, or what range the concept might get.

However, it’s pretty clear from even the teaser images what sort of form-factor this second I.D. vehicle has, and it’s one to get long-time VW aficionados excited. It sure looks like the automaker is readying a new Microbus, its famed people-carrying camper van, originals of which have become prized classics.

Volkswagen showed us what a modern Microbus might look like at the start of the year, in the shape of the VW BUDD-e concept. That was pitched as the modern, electrified, connected family car of the future, a MEB-based crossover that eschewed the trend to-date for mini-SUV styling. Still, there are some differences between the two that are clear already.

The fascia of the new I.D. concept is cleaner than the BUDD-e’s LED-awash design, while the taillights are also more minimalistic. It’s inside, though, that the big difference will be found. So far, VW has only given us a glimpse of the steering wheel, but it’s a very different shape to that in the BUDD-e. 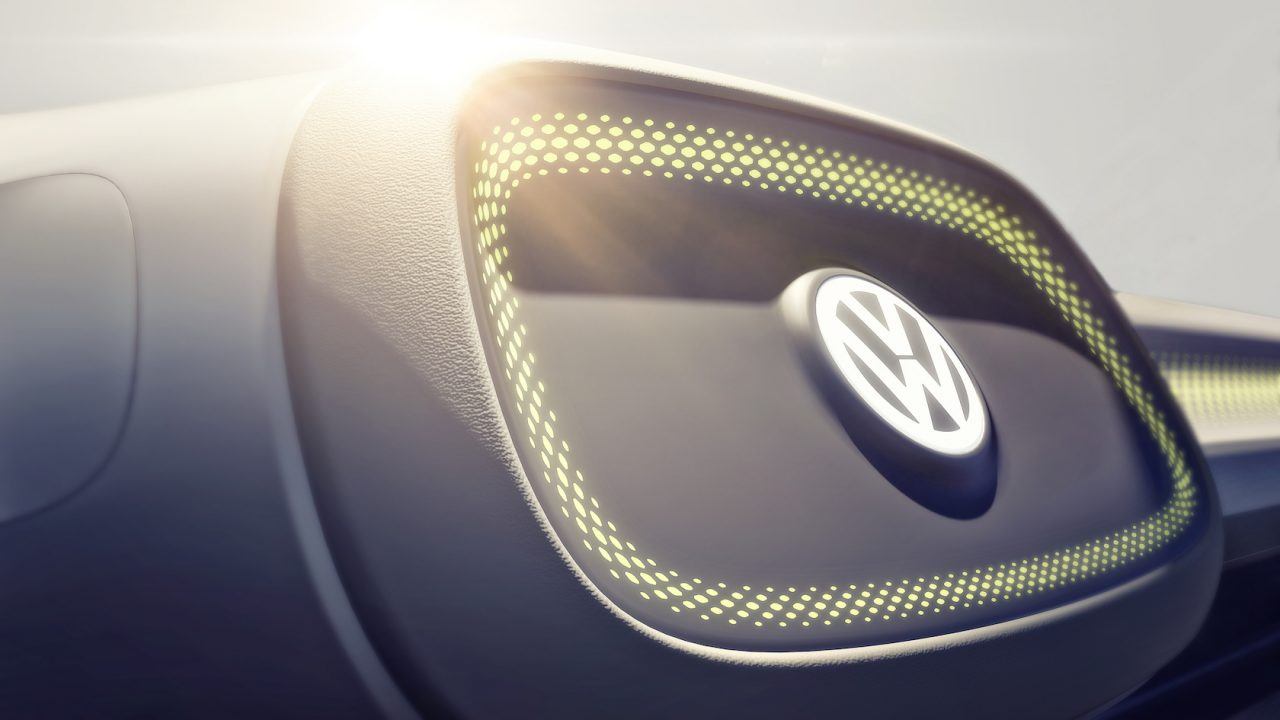 The style isn’t the only difference. According to VW, how it will operate when switching between regular and autonomous modes has been revamped too: when the Volkswagen logo is pressed, the steering wheel retracts into the dashboard. Outside, laser scanners, ultrasonic and radar sensors, and cameras allow the car to drive itself.

That won’t be possible in the first iterations of the production version, of course, but VW has said repeatedly that it’s committed to self-driving technology. While this Microbus won’t be the first of the I.D. family’s models to arrive at showrooms – that’ll be the original Golf-like car, which makes sense given the Golf is a perennial favorite in the automaker’s line-up – it’s nonetheless likely to be a popular vehicle when it does go on sale. “It combines ample space for travel with a long electric driving range, to usher a new feeling of freedom – with zero emissions – and a new era of mobility,” VW promises.

When that will happen, exactly, isn’t clear. However, VW has previously said that it plans to have EVs of this ilk on the road by 2019, complete with super-fast charging. We’ll presumably find out in Detroit come January 2017.