Volkswagen is teasing a new all-electric convertible, apparently considering a more playful use of its EV drivetrain as the ID.4 crossover arrives in the US. The potential VW ID.3 convertible would be an open-top version of the ID.3 hatchback which went on sale in Europe last year, the first production example of the automaker’s MEB electric vehicle architecture.

MEB has been VW’s focus for the last few years, a modular car platform designed to underpin electric models from across its brands. Although multiple concepts using the system have been shown, the ID.3 hatchback was the first to reach production; in the US, the first taste of MEB is the new 2021 ID.4 electric crossover.

Now, though, VW is testing the waters for something more unusual. The VW ID.4 e-convertible would be, as the name suggests, an electric cabriolet based on the ID.3. It would have two doors and seating for up to five, at least based on the concept sketch that the automaker has released today.

“An ID.3 convertible? Sounds quite appealing: enjoying nature with the top down, with the instant, but silent electric punch,” Ralf Brandstätter, CEO of Volkswagen Passenger Cars says of the idea. “This could provide an entirely new, extraordinary feeling of freedom. I admit: a very tempting idea. We are still pondering how to turn this attractive concept into reality.” 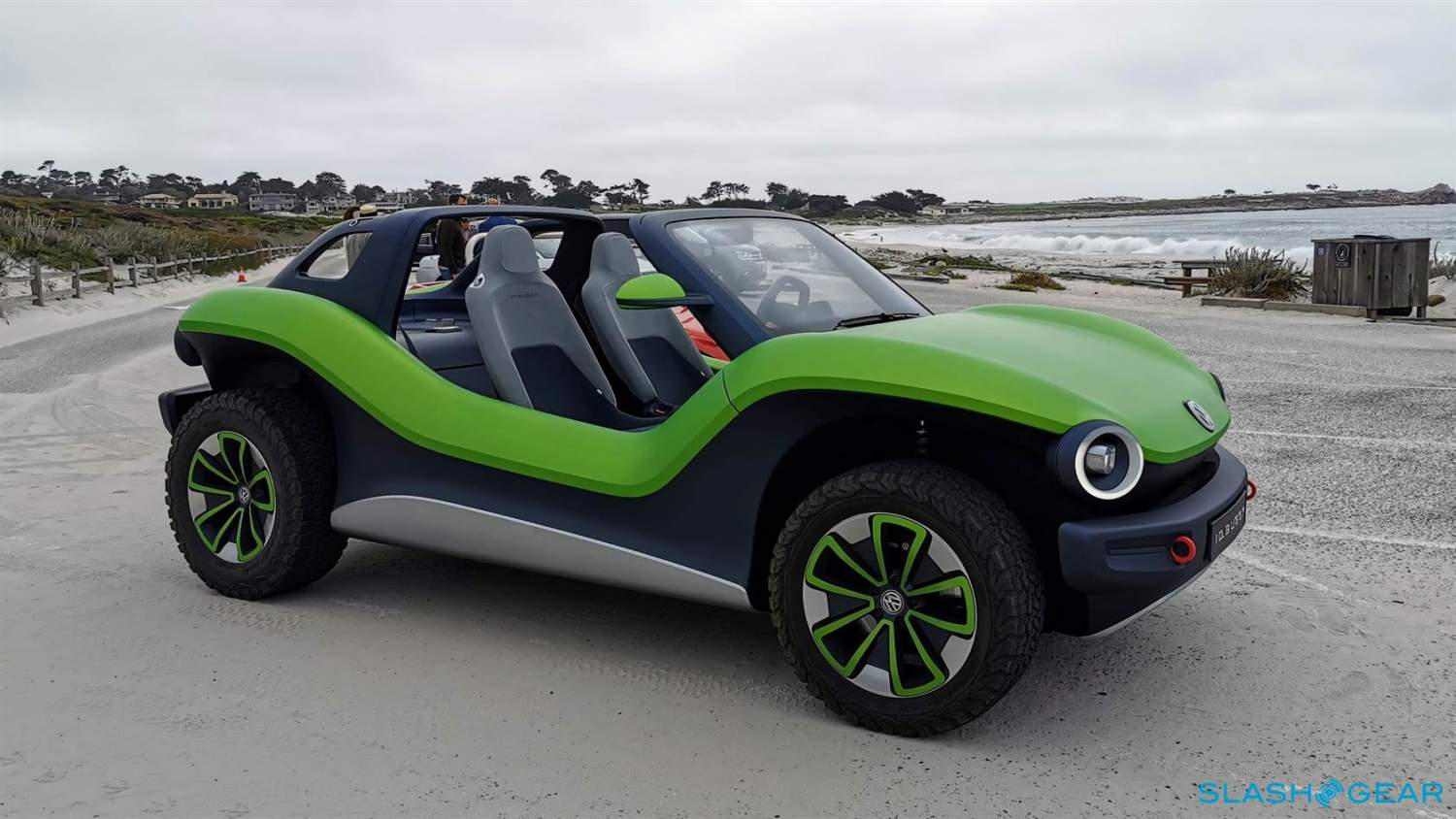 It’s not the first time we’ve seen VW flirt with more unusual applications for the MEB platform. Back in early 2019 the company showed off the ID. BUGGY concept, an all-electric dune buggy with beefy wheels, no roof, and a wash-down-friendly interior. There were even plans to put it into production, with VW intending to provide the drivetrain while another company would focus on the rest.

That ended up hitting a wall, however, and though we had a chance to drive the ID. BUGGY prototype, the idea of a production version was shelved. The automaker remains open to the potential for licensing out MEB so that other automakers can bypass the R&D, regulatory, and testing requirements of making a new EV platform of their own, but we’re yet to see anything as playful as the electric dune buggy.

This convertible concept is certainly more mainstream than the ID. BUGGY would’ve been, though Brandstätter says that these sketches are still simply “some initial ideas.” As such, there’s no guarantee that it’s going to reach production stage.

What’s interesting is VW’s approach to testing the appeal of such an idea. The automaker has traditionally been fairly tight-lipped around its design process, preferring the regular cadence of concept cars unveiled at auto shows, and then the big, surprise debut of a production model to follow. This time around, however, VW execs are being more vocal about the possibilities: as well as Brandstätter’s speculative post, VW group CEO Herbert Diess mused on the potential for an electric convertible on Twitter.

It’s a conversational-style approach we’ve seen used to good effect by Tesla, with Elon Musk single-handedly acting as cheerleader for new features, a sounding board for fresh ideas, and a point of contact for those frustrated with their EVs. While Musk’s strategy hasn’t been entirely smooth-sailing – and has seen him clash heads with the US Securities and Exchange Commission before now – it certainly hasn’t hurt enthusiasm among Tesla’s loyal following.

That’s the sort of enthusiasm VW has seen among owners in the past, among iconic models like the Microbus and the Golf GTI. It’s been comparatively absent in more recent years, however. As MEB begins to arrive in dealerships, that motivational homework appears to be something Volkswagen leadership are taking more seriously.