It’s once again time to get up close and personal with Valve’s next-generation hardware for SteamOS, this time with directional buttons and XYAB buttons instead of a touchpad. While we got a bit of time with the first iteration of this beast back at CES 2014, it was generally understood that we’d be seeing a version with a touchscreen attached. Since then, things have changed.

Understanding that with two touchpad controllers – one on the left, the other on the right – meant that a touchscreen may have been overkill, Valve did away with said screen. Instead now we’ve got up, down, left, and right, along with YXAB buttons for more traditional control. 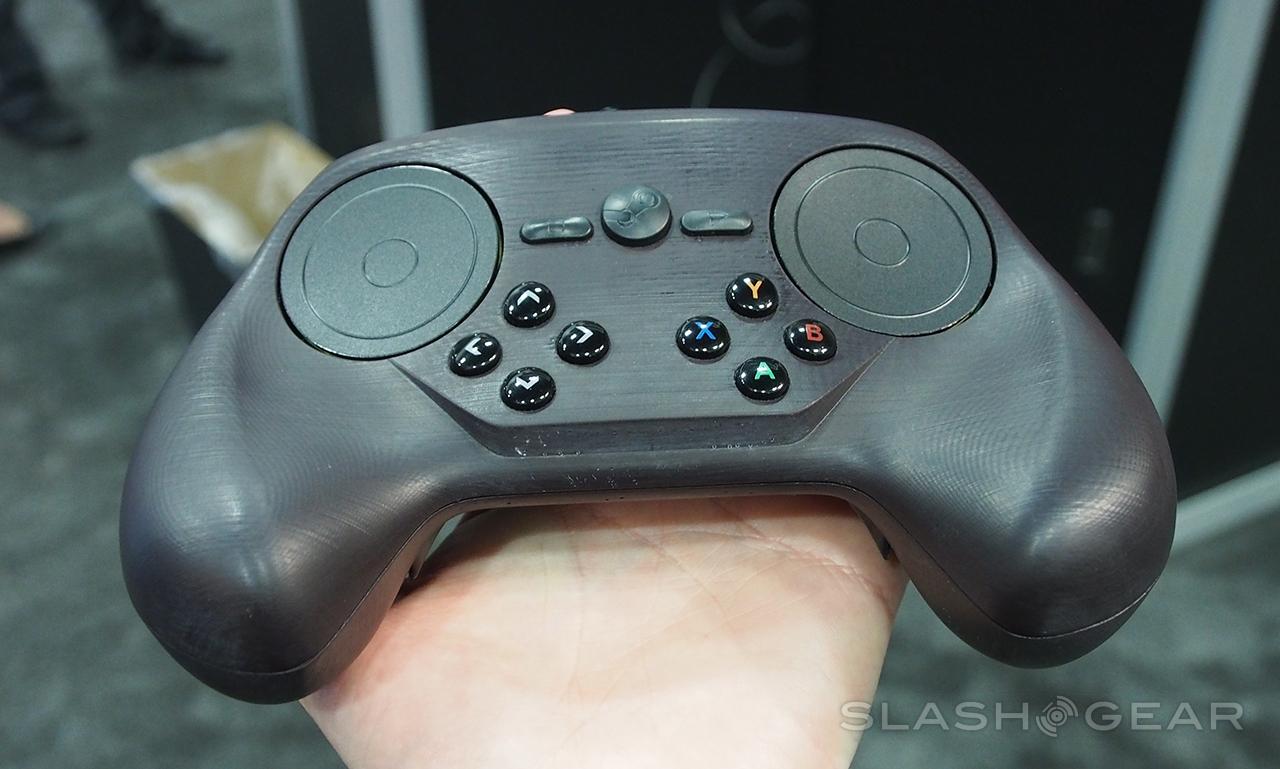 With this controller we’ll be able to play most legacy games right out of the box, and with what are effectively “Select” and “Start” buttons on either side of the Steam button to return back home, this controller is ready for prime time.

On the other hand, at the moment, this unit is effectively a prototype in and of itself. The unit we’re working with has near-finalized pieces, but the bulk of its form is 3D-printed. We’re expecting the final product to be much more well-refined, with more than one texture (maybe even glossy bits) as well as more action-ready trigger buttons above. 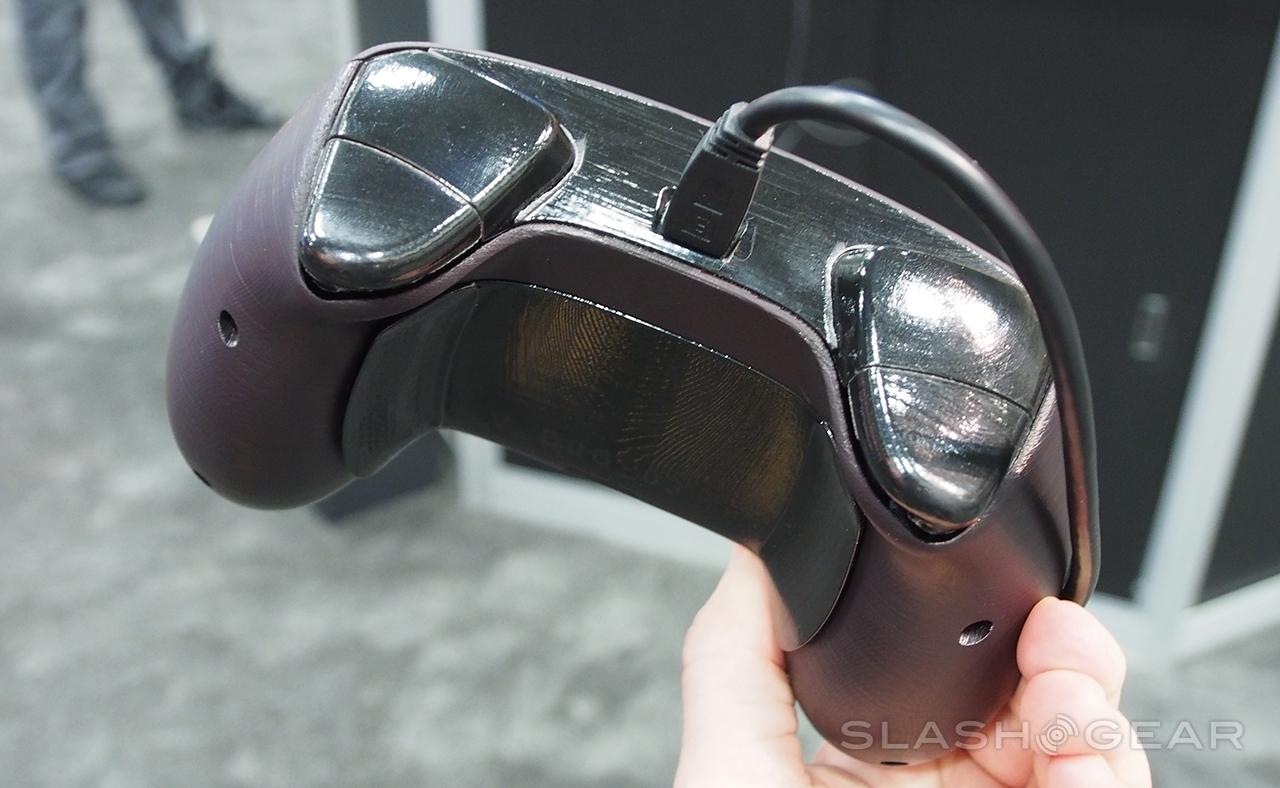 For now we’d be able to play games of all sorts with this controller, but until it’s working with final hardware materials, we’ll be sticking with Xbox 360, Xbox One, or PlayStation DualShock controllers. The whole lot works with either instant connectivity or with products like the ControllerMAX – we’ll be checking out XIM3 sooner than later too -stay tuned.

NOTE: The device you see this controller hooked up to is a Steam Machine. More specifically, it’s the Gigabyte Steam Machine given away to developers at Valve DevDays last year – tiny, cute, classy. 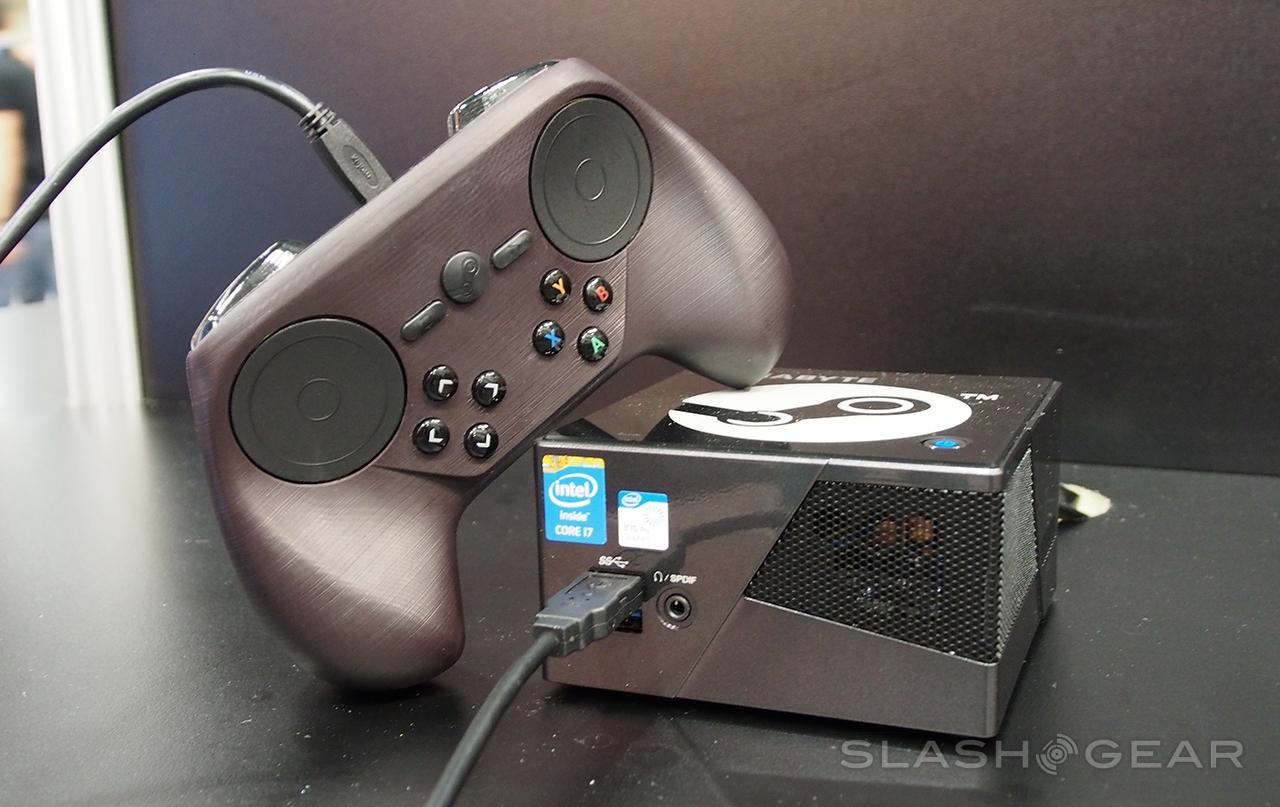 Jump in to our SteamOS tag portal for more information on the upcoming Steam living room experience. Also have a peek at our ever-growing GDC 2014 tag portal for all the game developer action you can handle! 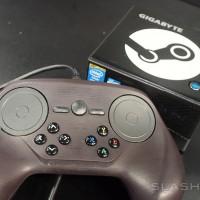 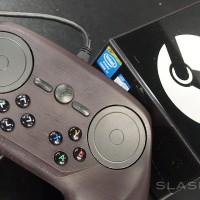 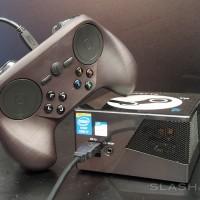 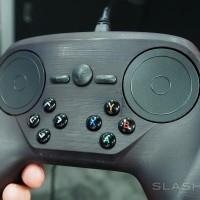 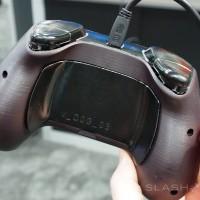 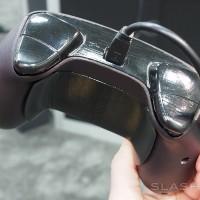 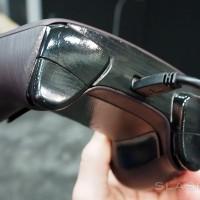 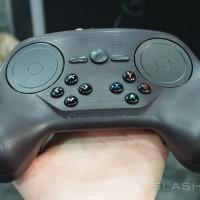 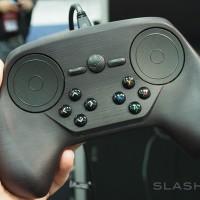 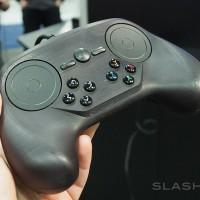 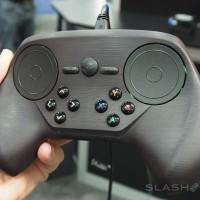