Nissan has revealed not one but three new concept cars, though it’s the ambitions behind the trio of electric vehicles that promise to be more disruptive. Though the Japanese automaker may be known for its Leaf EV, it’s now aiming to expand that electrified portfolio considerably with 15 new all-electric models by 2030.

It’s part of what the company is calling Nissan Ambition 2030, a more aggressive push into reduced and zero-emissions vehicles than we’ve seen from it so far. Though the Leaf has been a strong seller for Nissan, the automaker has arguably been content to rely upon it too eagerly: as a result, while other car-makers have been quick to add EVs and hybrids to their ranges, such models have been markedly absent from Nissan dealerships.

Nissan Ambition 2030 aims to change that. In the next five years, the automaker promises, it’ll invest 2 trillion yen – or around $17.6 billion – into electrification and tech development. There’ll be 23 new electrified models launched by fiscal year 2030, of which the bulk will be fully electric. The goal, Nissan says, is a greater than 50% mix of EVs globally across its Nissan and Infiniti brands.

It’ll include both full battery-electric models and e-POWER hybrids, the latter being Nissan’s branding for partially-electrified combustion engines. It’ll be Europe that sees the biggest penetration there, where by fiscal year 2026 it’s aiming to see more than three quarters of sales being of electrified models. At the same time, Japan should see more than 55% of sales, and China more than 40% of sales. 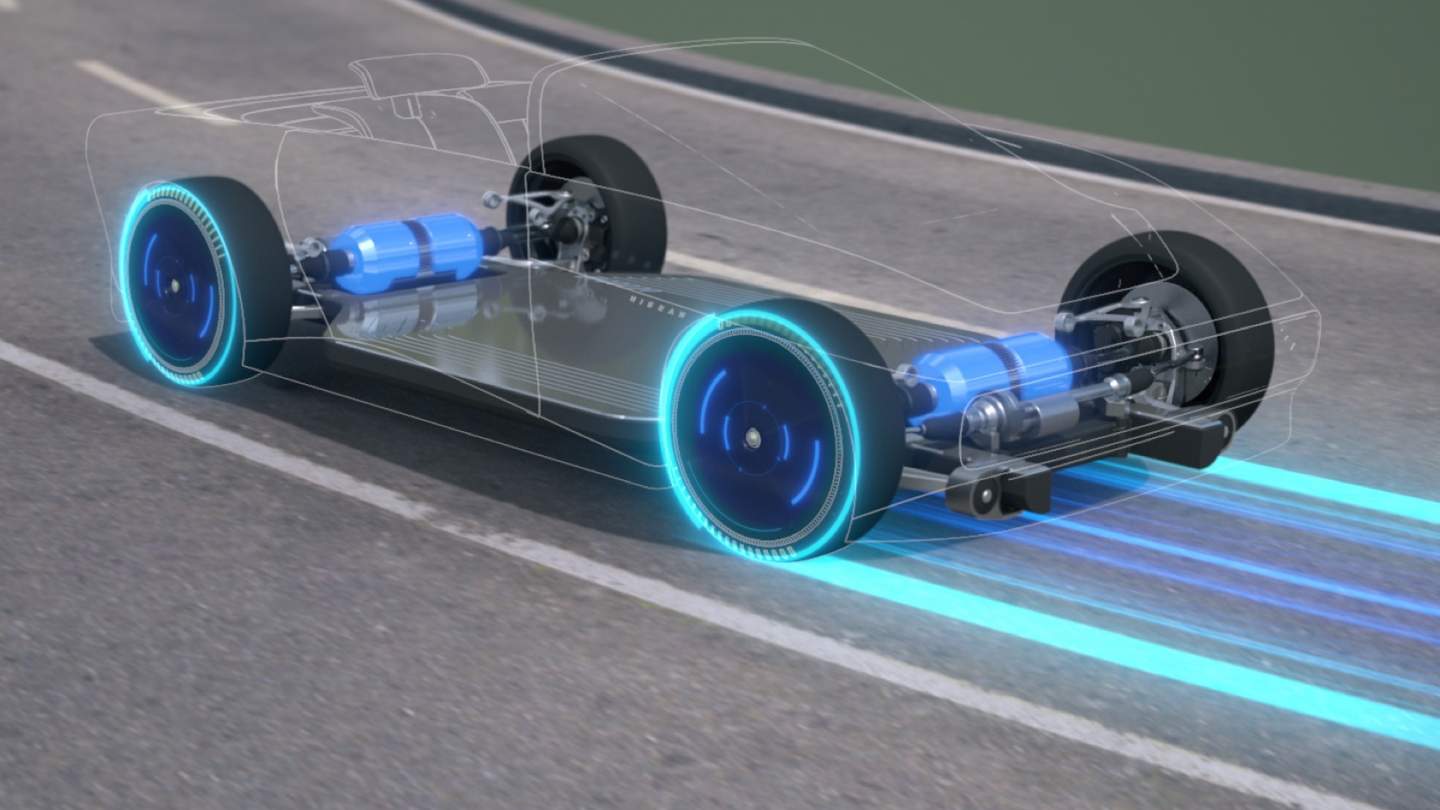 Demand in the US is expected to take a little longer to ramp up, mind. By fiscal year 2030, Nissan predicts, it should see 40% of its sales being electrified. Part of the strategy includes an uptick in localized manufacturing and sourcing. That’ll include a fully integrated manufacturing and service ecosystem – which Nissan calls EV36Zero – in the US, China, and Japan.

Nissan’s challenge – or at least one considerable element of it here – is the same that all automakers currently face. Battery supplies are one significant bottleneck for EV and hybrid production, with the aggressive roadmaps that each car-maker has committed to being reliant on getting sufficient li-ion or similar power packs. There, Nissan has a few strategies, including all-solid-state batteries (ASSB) it has in development.

Initially, it’ll be lithium-ion that motivates the Nissan and Infiniti EV fleet. By fiscal year 2026, the automaker says it aims to increase global battery production capacity to 52 gigawatt-hours (GWh), working with its partners to ensure adequate supply. That goal almost triples by fiscal year 2030, to 130 GWh. 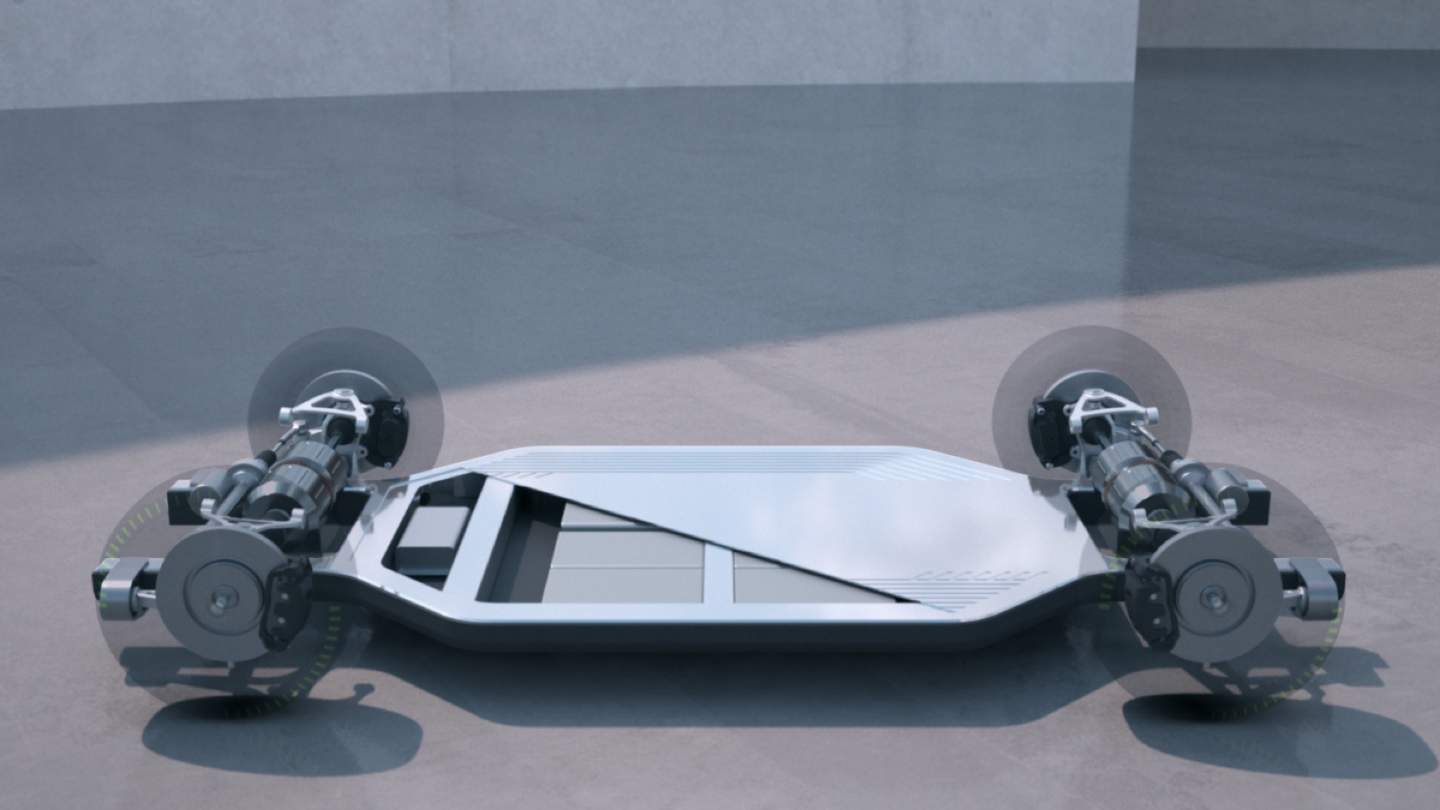 Key to that will be improvements in li-ion battery tech, along with cutting out cobalt – supplies of which have proved to be a bottleneck within a bottleneck – to help trim costs. By fiscal year 2028, Nissan predicts, it should have brought down the cost of li-ion batteries by 65%. 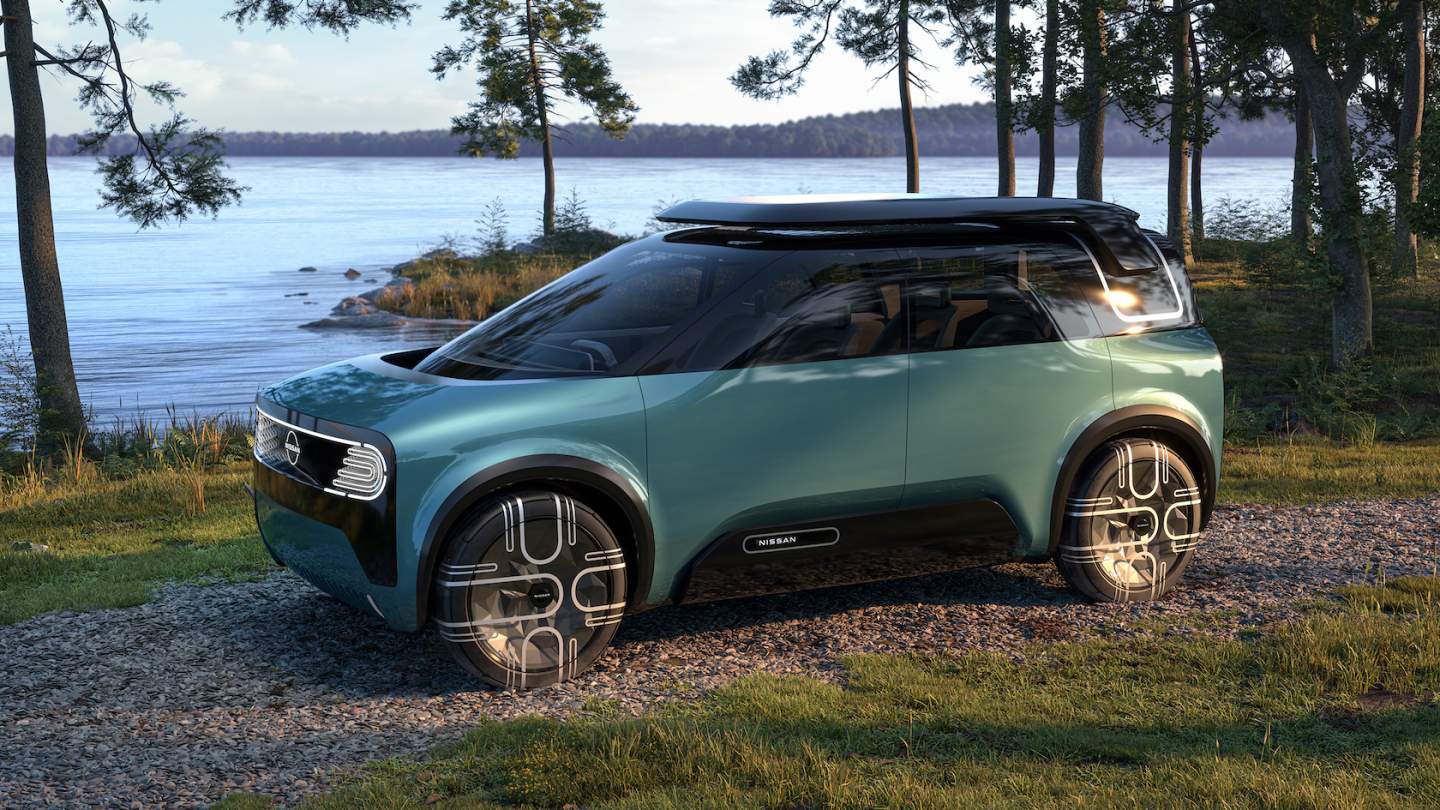 Beyond that, however, Nissan is looking to proprietary all-solid-state batteries (ASSB) it has been working on. They should go into pilot production by 2024, and then appear in the first production EV by fiscal year 2028, the company now says. At that point, ASSB should help trim the cost of battery packs to $75 per kWh, Nissan promises. At $65 per kWh – which is possible in the future, Nissan insists – there should be cost parity between EV and gasoline vehicles.

ASSB isn’t just about price, however, but performance too. Charging time could be trimmed to one third of li-ion batteries, the automaker suggests, addressing one of the most common complaints about the practicality of electric vehicles. It’ll spend up to 20 billion yen ($176 million) on bolstering charging infrastructure, though it’s unclear where and how that investment will be focused. More dynamic vehicles should also be possible through adopting ASSB. 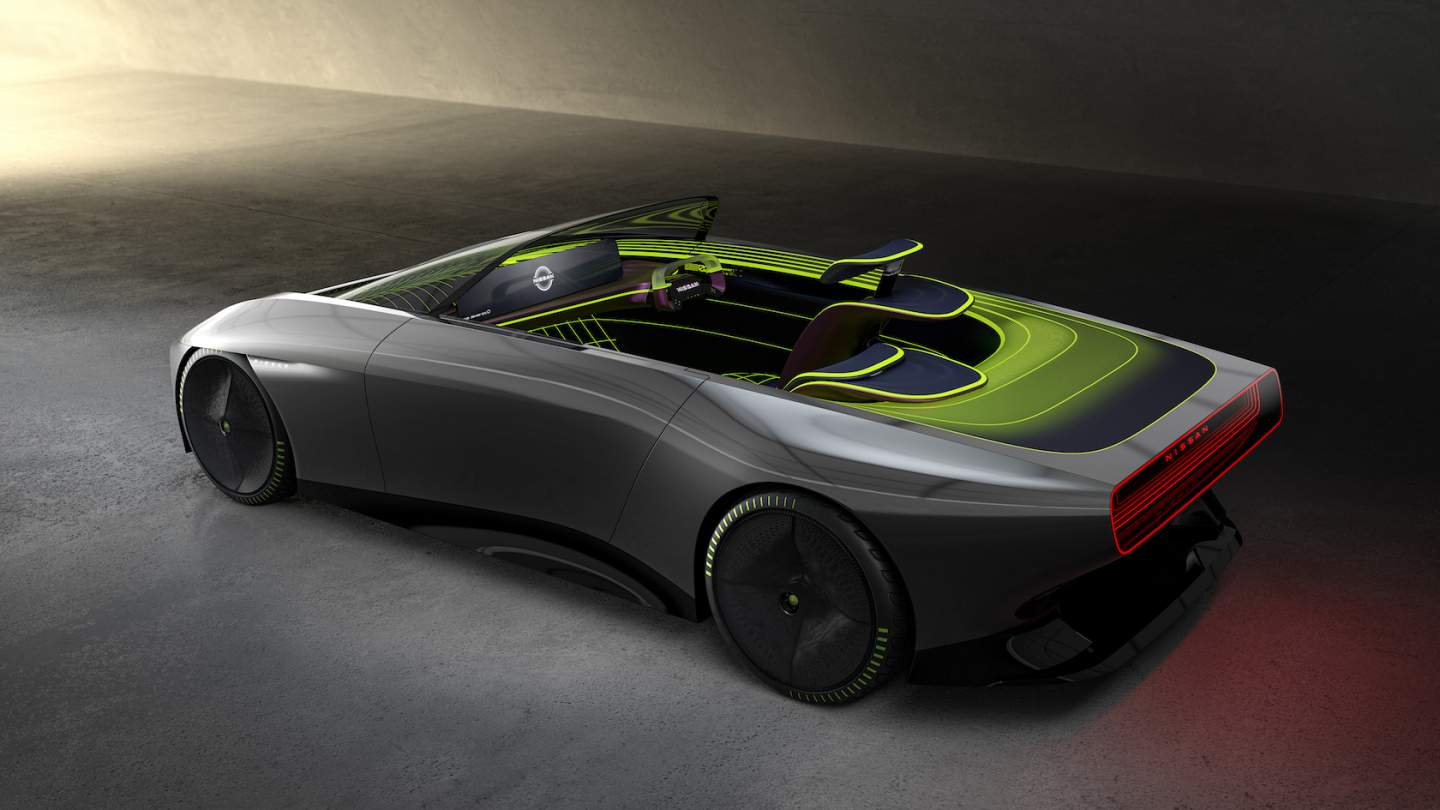 Beyond use in EVs, however, battery refurbishing will also be a key commitment. Nissan currently has such facilities in Japan, but intends to open new locations in Europe during the 2022 fiscal year. In 2025, US locations will be opened too. “Nissan’s refurbishing infrastructure will support a circular economy in energy management,” the automaker says, “and the company aims to fully commercialize its vehicle-to-everything and home battery systems in the mid-2020s.” 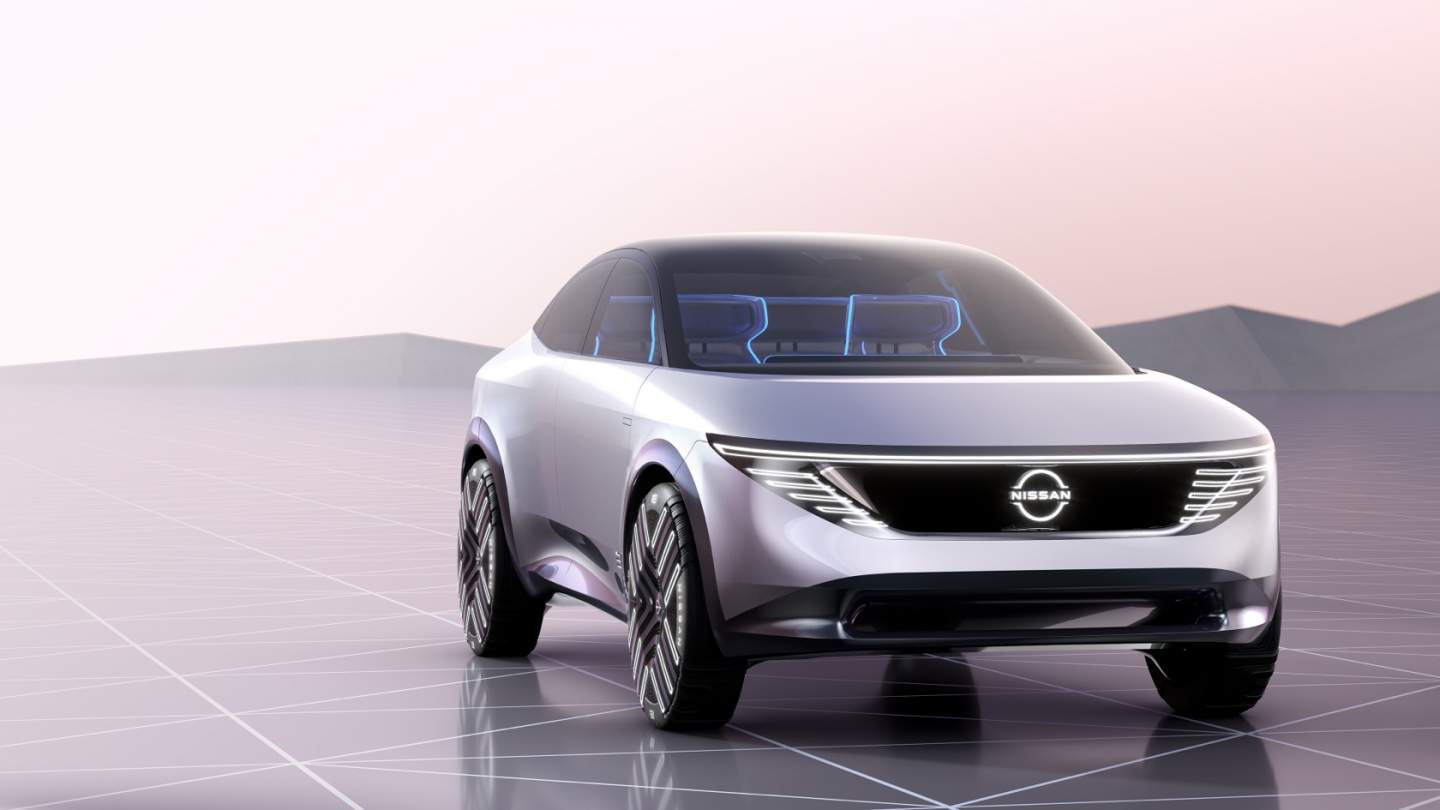 Where the Ariya has a relatively familiar SUV silhouette, the Chill-Out concept adopts a slope-backed profile. We’ve seen Volvo and others flirt with that sort of aesthetic: the Volvo C40 Recharge, for example, is mechanically near-identical to the XC40 Recharge, but adopts a more aerodynamic (and visually interesting) design atop that. 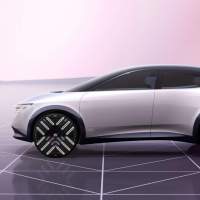 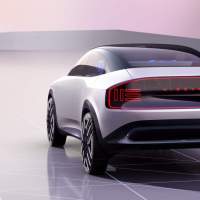 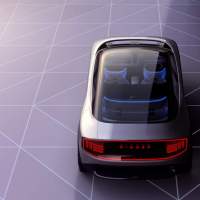 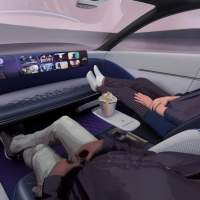 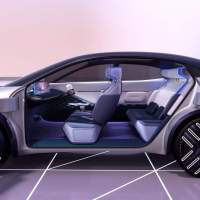 Down the line, Nissan is previewing just what its electrified ambitions might look like with three new concepts. Dubbed Max-Out, Surf-Out, and Hang-Out, they aim to illustrate just how battery-electric – and ASSB in particular – could upend three popular categories of car.

The Nissan Surf-Out concept, for example, combines electrification with the ever-popular pickup body style. It uses all solid-state batteries and Nissan’s Advanced e-4ORCE all-wheel drive, tapping both to deliver not only a conveniently low and flat cargo space, but useful power outlets that permit running work or campsite equipment from the truck’s supply. 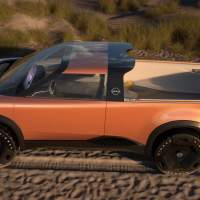 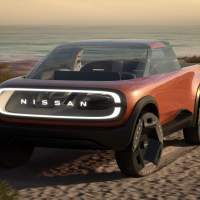 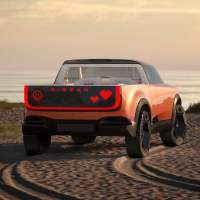 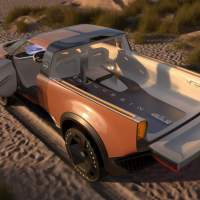 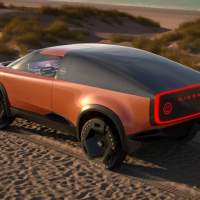 As for the Nissan Max-Out, that also taps Advanced e-4ORCE but here relies on the electric motor system for an uptick in on-road performance. With a lower center of gravity and an equally low curb weight, the goal is cutting body roll and capturing some of that dynamic feel that traditional convertibles were much-beloved for. However, though there’s seating for two inside, the passenger side can also flatten for more cargo space when someone is driving solo. 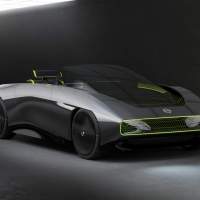 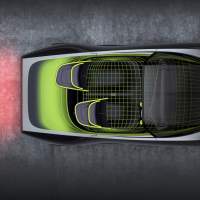 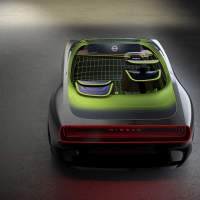 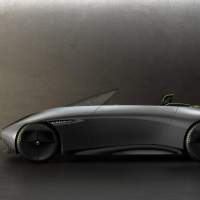 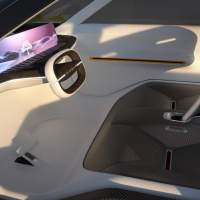 Finally, the Nissan Hang-Out is a compact crossover that aims to illustrate just why cabin space can be a big beneficiary from EV drivetrains. With a completely flat floor – and Advanced e-4ORCE and Advanced ProPILOT underneath – its interior can be turned from passenger vehicle to mobile living room or even a compact movie theater. 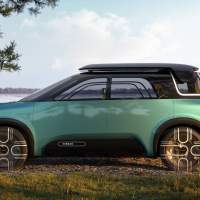 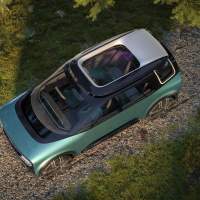 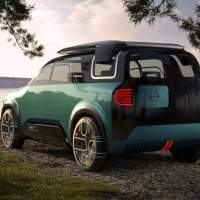 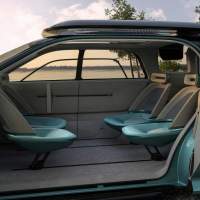 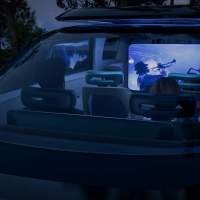 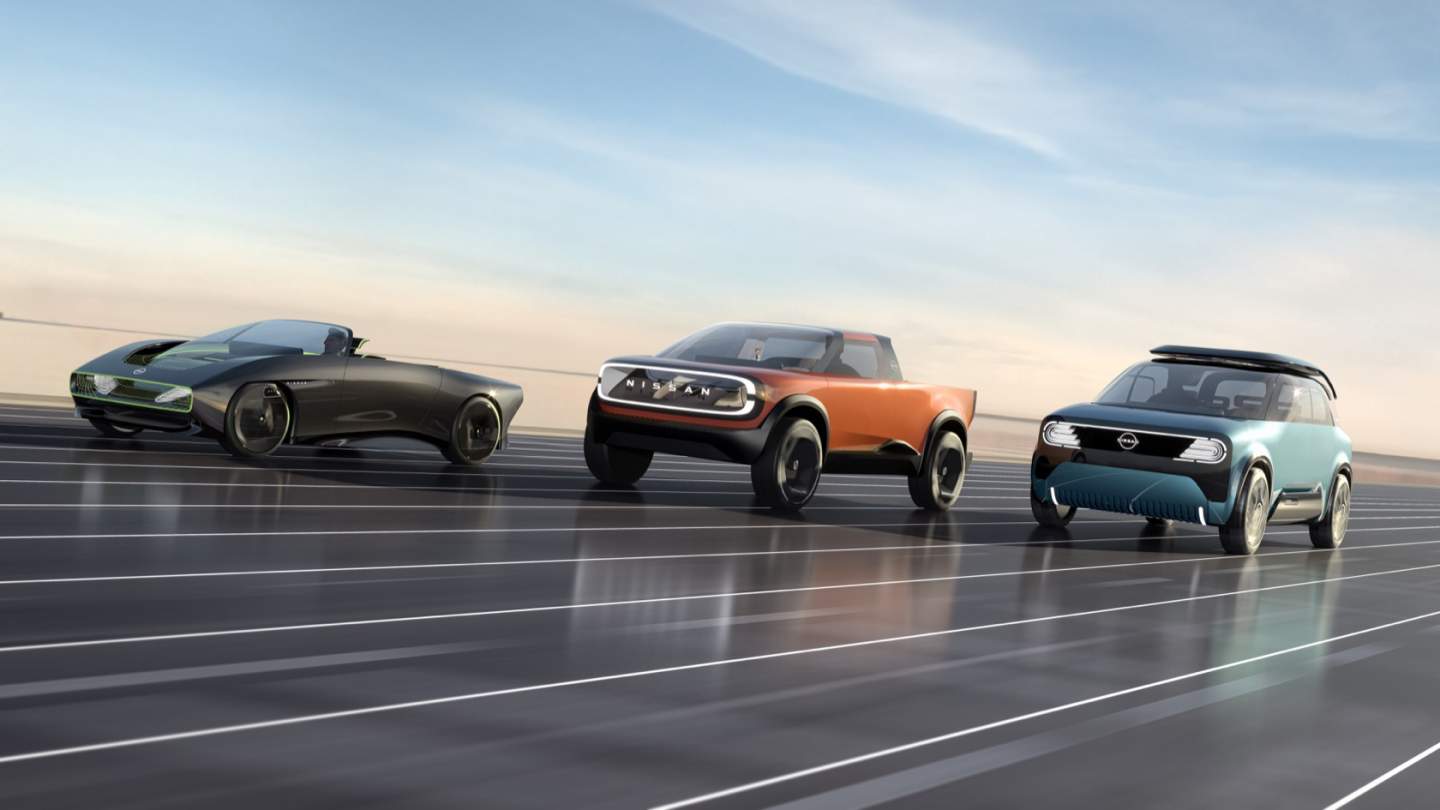 As EV concepts like the Hang-Out make clear, Nissan will be looking to future tech such as Advanced ProPILOT to help distinguish its cars. ProPILOT – its adaptive cruise control system – should be installed on 2.5+ million Nissan and Infiniti vehicles by 2026, for example. By 2030, “virtually every new model” will have LIDAR installed, the automaker predicts.

Aiming to tap that technology will be a bolstered workforce in advanced research and development. More than 3,000 new employees will tackle those challenges, Nissan says, as it targets a longer-term goal of being carbon neutral across the life cycle of its products by fiscal year 2050.