Nissan has teased its newest electric vehicle, a crossover EV aiming to reboot the successes of the Leaf atop a whole new platform. The first details of the compact SUV were shared this week, with the as-yet-unnamed EV potentially slotting in under the Nissan Ariya which the automaker announced last year.

Production of the Ariya has been pushed back slightly, with Nissan blaming the ongoing semiconductor shortage for delays in the all-electric SUV’s arrival. The current roadmap sees it launching in Japan around the end of the year, and spreading to the US and Europe sometime early in 2022.

However that hold-up isn’t stopping Nissan from looking ahead, particularly when it comes to replacing the affordable but aging Leaf electric hatchback. That led the charge for attainable mass-market EVs when it launched, but has been increasingly overshadowed by newer, more capable rivals in recent years. With the appetite of the car-buying market for more upright, flexible crossovers and SUVs, it comes as little surprise that Nissan is looking to that form-factor for its Leaf replacement.

The first hints of the car were revealed this week, as part of Nissan’s £1 billion ($1.41 billion) electrification push. Branded “Nissan EV36Zero,” the plan will see an uptick in battery manufacturing among other things, as the automaker attempts to regain its momentum in EVs. A new “gigafactory” in the UK could eventually produce up to 35 GWh of battery capacity.

Nissan is playing full details of the new EV close to its chest at present. However, we do know that it’ll be based on the CMF-EV platform which was developed through the Renault–Nissan–Mitsubishi Alliance partnership. The “Common Module Family for Electric Vehicles” was designed to be flexible enough to underpin everything from sedans through to compact crossovers and SUVs, with different battery pack sizes and heights.

It’ll also address one of the biggest issues the Leaf EV faces, around heat and charging efficiency. Because the electric hatchback relies on ambient pre-conditioning for the battery, charging rates in extremes of high or low temperature – such as during the height of summer, or the depths of winter – can be dramatically slower. With the CMF-EV platform, in contrast, a new heat management system will tackle that. 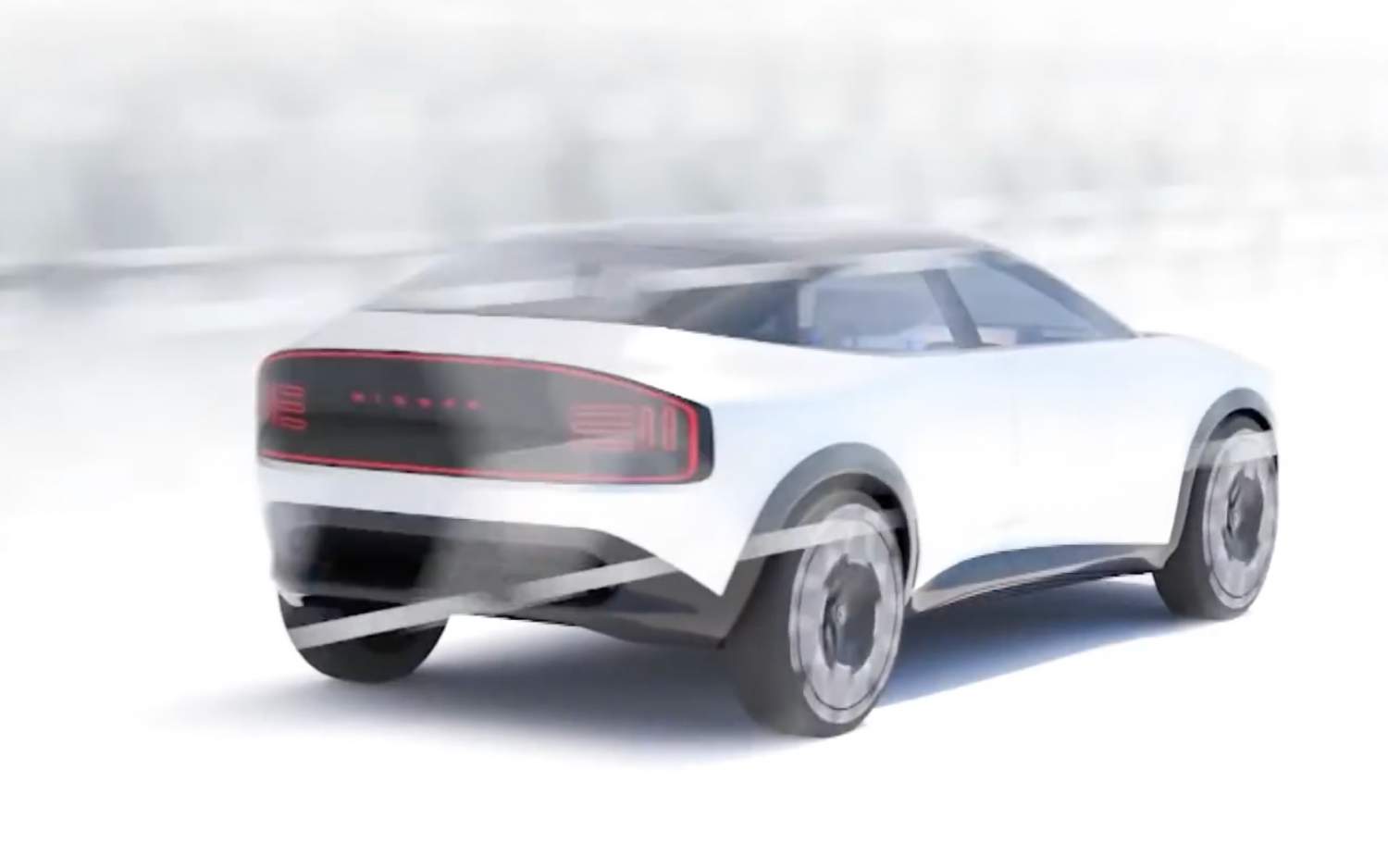 There’s also the flexibility to offer single or dual motor designs, for two- or four-wheel drive, and of course the change in packaging for motors and batteries means the sort of cabin space from a model in the category one size above.

Nissan says that it to make up to 100,000 of the new crossover EVs each year, with at least part of that production taking place at its Sunderland Plant in the UK. It’ll be designed for global markets, the automaker says, with Sunderland-built cars exported to Europe. Other production locations will be confirmed closer to the vehicle’s launch.

While factors like overall size are yet to be confirmed, it seems likely that the new electric crossover will be smaller than the Ariya. We’ve already seen Renault experiment with the CMF-EV platform in a similar way, with its Megane eVision concept crossover. Nissan has previously committed to being carbon neutral by 2050.