The Snapchat Spectacles NYC pop-up is sticking around

Snapchat may have put its Spectacles sunglasses-cum-camera on sale on the West Coast first, but it’s New York City where the first Spectacles store has sprung up. The social app surprised would-be buyers of its coveted wearables by not only bringing the Minion-esque Spectacles Bot to NYC this morning, but giving it a whole store to sit in. Better news still, the pop-up is going to stick around, at least for a while.

For a set of sunglasses sold in November, Spectacles have been astonishingly successful. That is, if you measure by hype: the actual number of the glasses in the wild is still relatively low, something Snapchat has done nothing to avoid. Odd and tricky-to-access locations like Big Sur in California, combined with effectively no notice as to where the Bot will show up next, has left fans of the app scrambling.

If you’ve been hiding under the proverbial rock, Spectacles are Snapchat’s first hardware product. Although they may look like a regular pair of sunglasses, they hide a camera in their oversized hinges. Tap a button, and they snap a point-of-view photo or capture a 10-second video; that’s then shared wirelessly with your phone, and sent in a new, circular format to your Snapchat contacts. 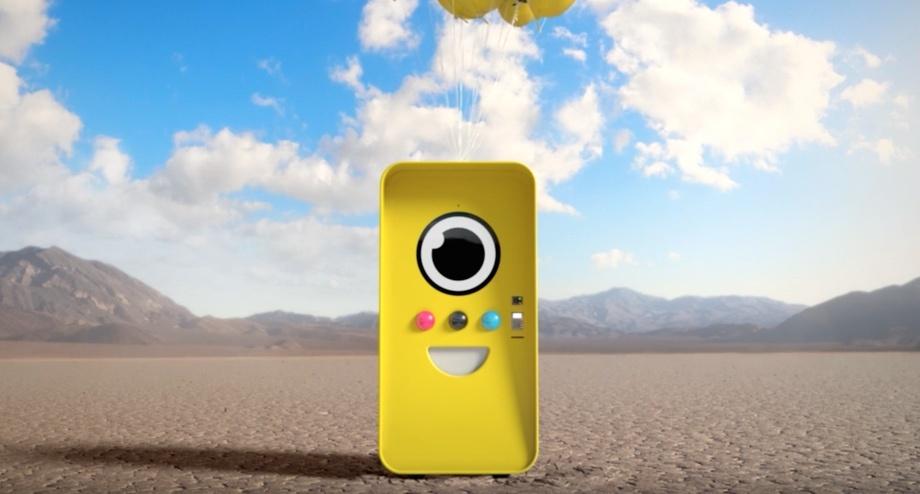 Many had painful Google Glass flashbacks when the project was first announced. Snapchat, though, kept things lighthearted by making Spectacles just $130 and avoiding too much hyperbole about how they’d change the world of wearable technology. Instead, with their refusal to pair with any other app and ensuing reliance on Snapchat, they’re more of a cute gimmick peripheral than anything else.

Gimmicky they may be, but interest has been huge. Fans have flocked in droves to wherever the Bot vending machine is spotted, with lines quickly snaking out for hours. Adding to the feverish reception has been the severely limited numbers in each Bot: when it sells out, everyone else goes home empty-handed.

For New York City, though, Snapchat took a different approach. There’s still only one vending machine – and one very long line – but it’s now in a space of its own, an empty store front opposite Apple’s store on the southeast corner of Central Park. Apart from the Bot and a couple of rotating displays on the walls, the latter showing how the circular video is viewed in both landscape and portrait orientations, it’s nothing but barren whiteness.

NOW READ: What you need to know about Snapchat Spectacles

Better still, Snapchat has confirmed that the location will be sticking around until New Year’s Eve at the end of December, albeit with holiday-specific closing times for Thanksgiving, Christmas Eve, and Christmas Day. Though the Bot will still run dry – sales today have already ceased after lines of would-be buyers formed out of the door – it will be refilled periodically. Eventually, there’ll be opening hours posted online, the company says.

As for those not particularly inclined to fly to NYC to wait in a line with several hundred other people, this isn’t expected to be the only place to pick up the sunglasses. Still, without an official Snapchat Spectacles Map to go by, or a schedule of future locations, we’ll have to wait and see where they appear next.