Lavish and electric, the 2022 Mercedes-Benz EQS doesn’t look like any other car the German automaker offers, and neither does the rest of the range come near its frankly excessive tech and gadgetry. Unveiled today, and headed to US dealerships in fall of 2021, the new EQS won’t only be America’s first taste of Mercedes electrification, but the headliner for a whole range of luxury features it’s been working on.

There’s a 12.3-inch display for the driver’s instrumentation, another 12.3-inch display for the front passenger, and an even bigger 17.7-inch OLED touchscreen in the center console. As you’d hope, Mercedes’ UI designers have made good use of all those pixels on offer. A new, zero-layer structure means no more sub-menus to delve through, with all of the key features presented contextually. 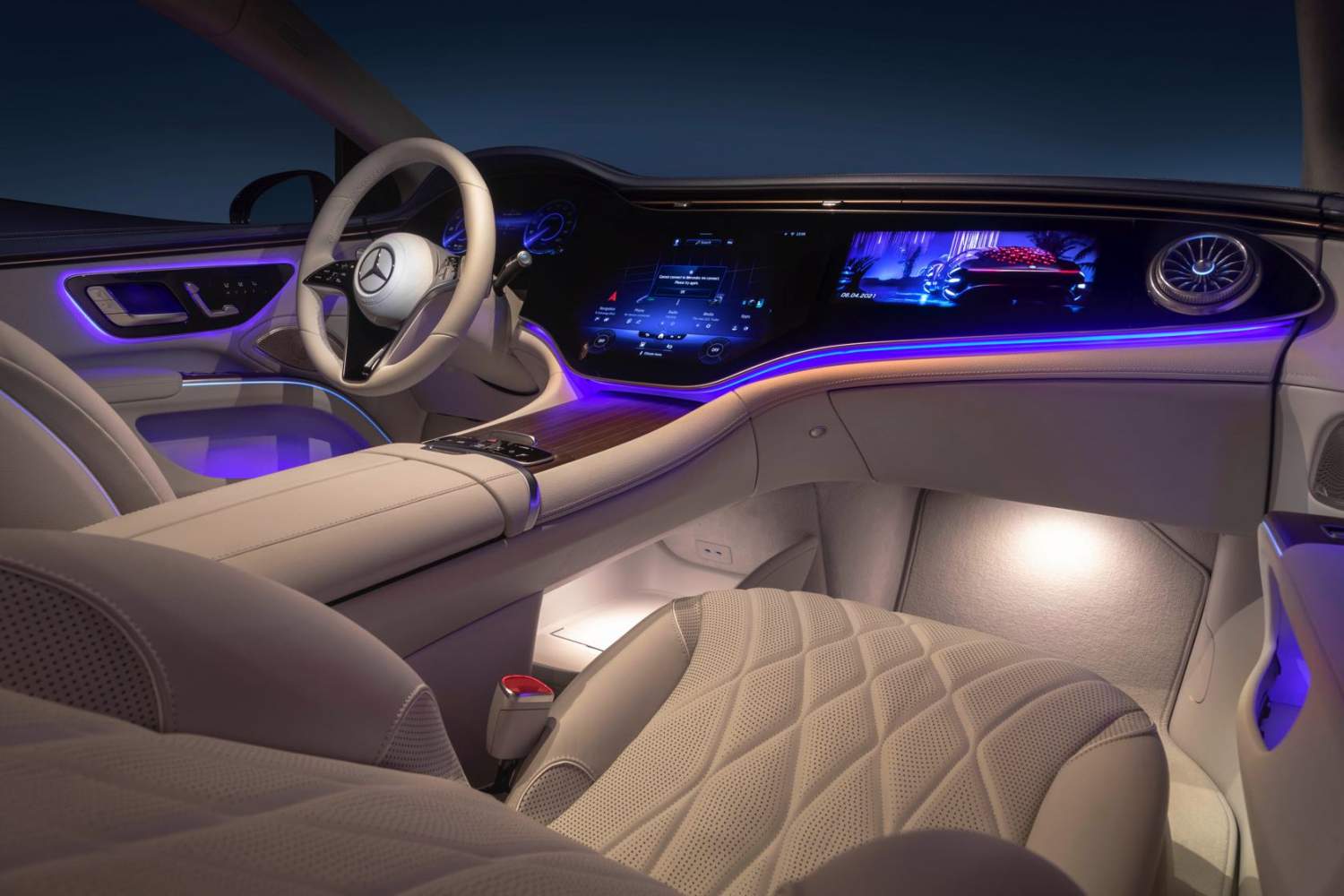 Mercedes is using AI to power that, learning from the commonly-used features for each driver and making sure the Hyperscreen presents them as appropriate. A fingerprint sensor recognizes the driver and automatically switches between one of seven profiles, so that the customizations the EQS makes for you aren’t skewed by another person. As for those virtual buttons, a combination of actuators and pressure sensors promise to give the feel and response of physical controls.

Having someone hold the door for you is nice, but having the car open the door as you approach is even nicer. The EQS adds motors to all four of its doors, powering open when you tap the pop-out handles or, if you so prefer, when you get close to them. 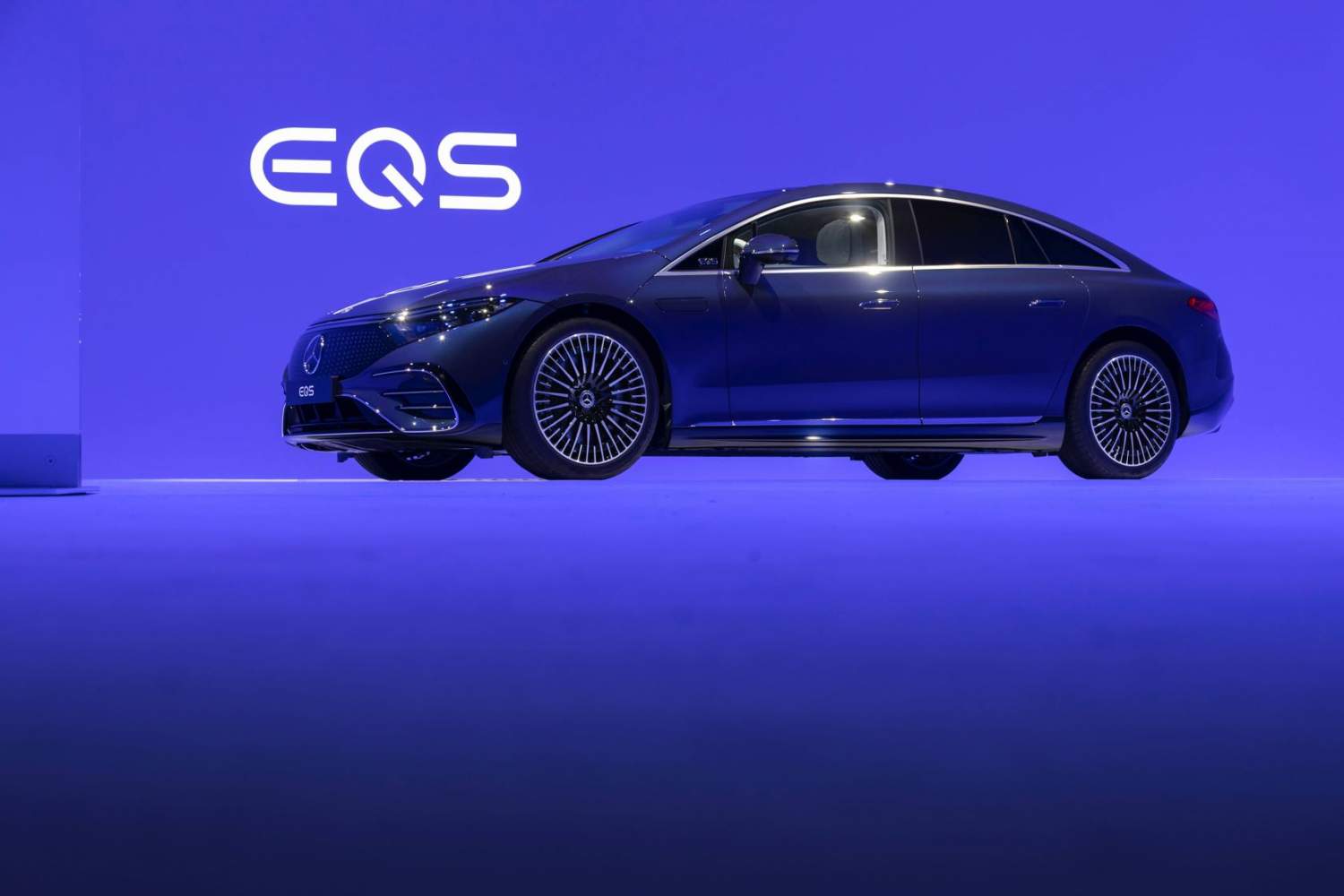 When you’re about 20 feet away, the door handle slides out silently. At around five feet, the door unlocks and the driver’s door automatically swings open. They close again either when you tap a button inside, or when the driver puts their foot on the brake pedal. Alternatively, all four doors can be operated through the MBUX infotainment system.

As you’d expect, there are extra smarts built in for safety. Ultrasonic sensors for each door monitor the area around the EQS, as do cameras in the side mirrors, and proximity sensors. If you try to open the door when, say, a car is approaching the side of the EV, it will stop to avoid a collision. The same goes if the powered door could inadvertently hit a wall or another obstacle, with the system preventing them from getting damaged. 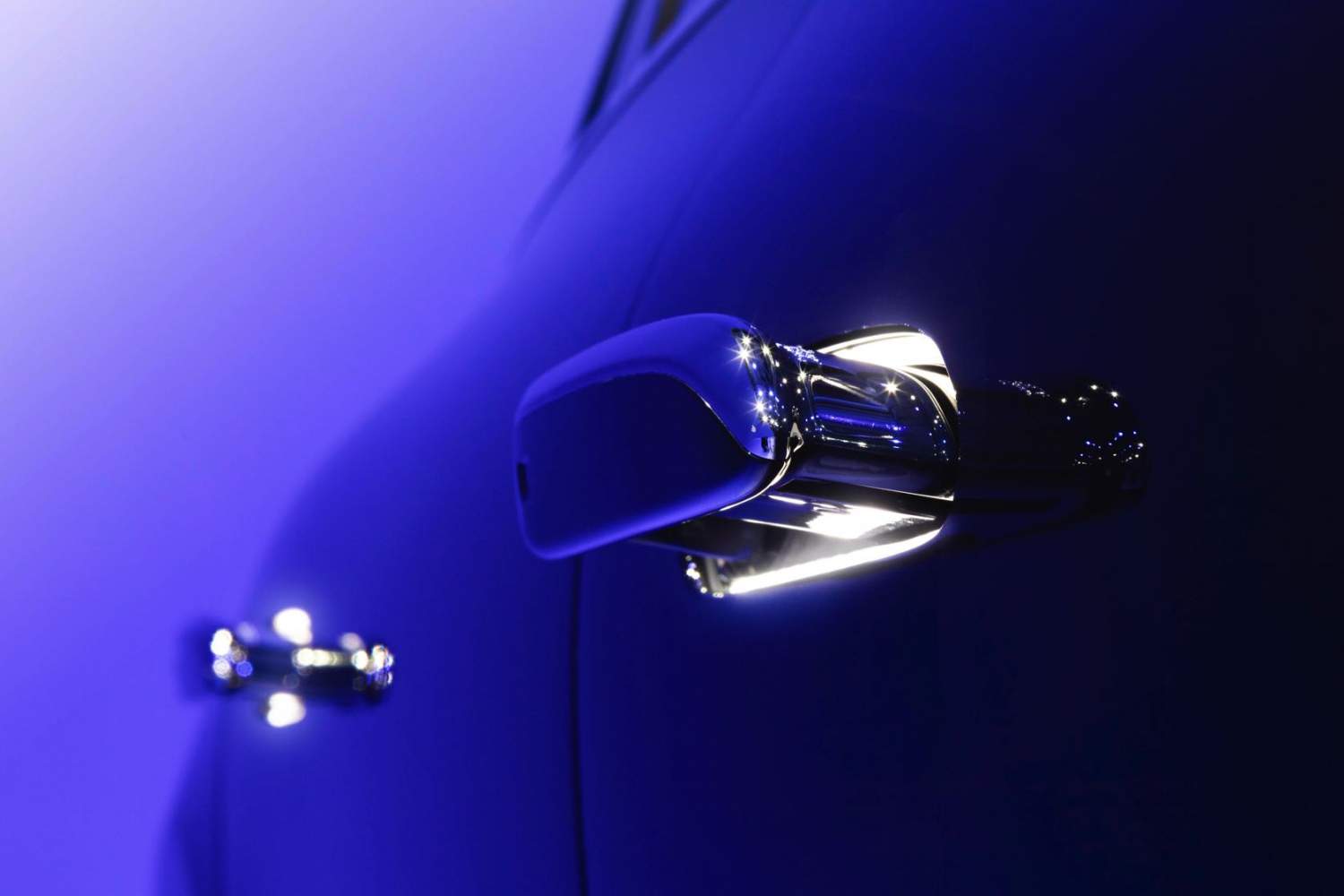 Automatic comfort doors will be an option on the EQS, but it’s hard to imagine not checking that particular box on the order form.

Mercedes launched its Energizing Comfort system back on the 2018 S-Class, blending relaxing soundtracks, ambient lighting, massage seats, and even fragrances for themed soothing programs like “Warmth” and “Vitality.” The EQS adds to that with three new Energizing Nature programs. 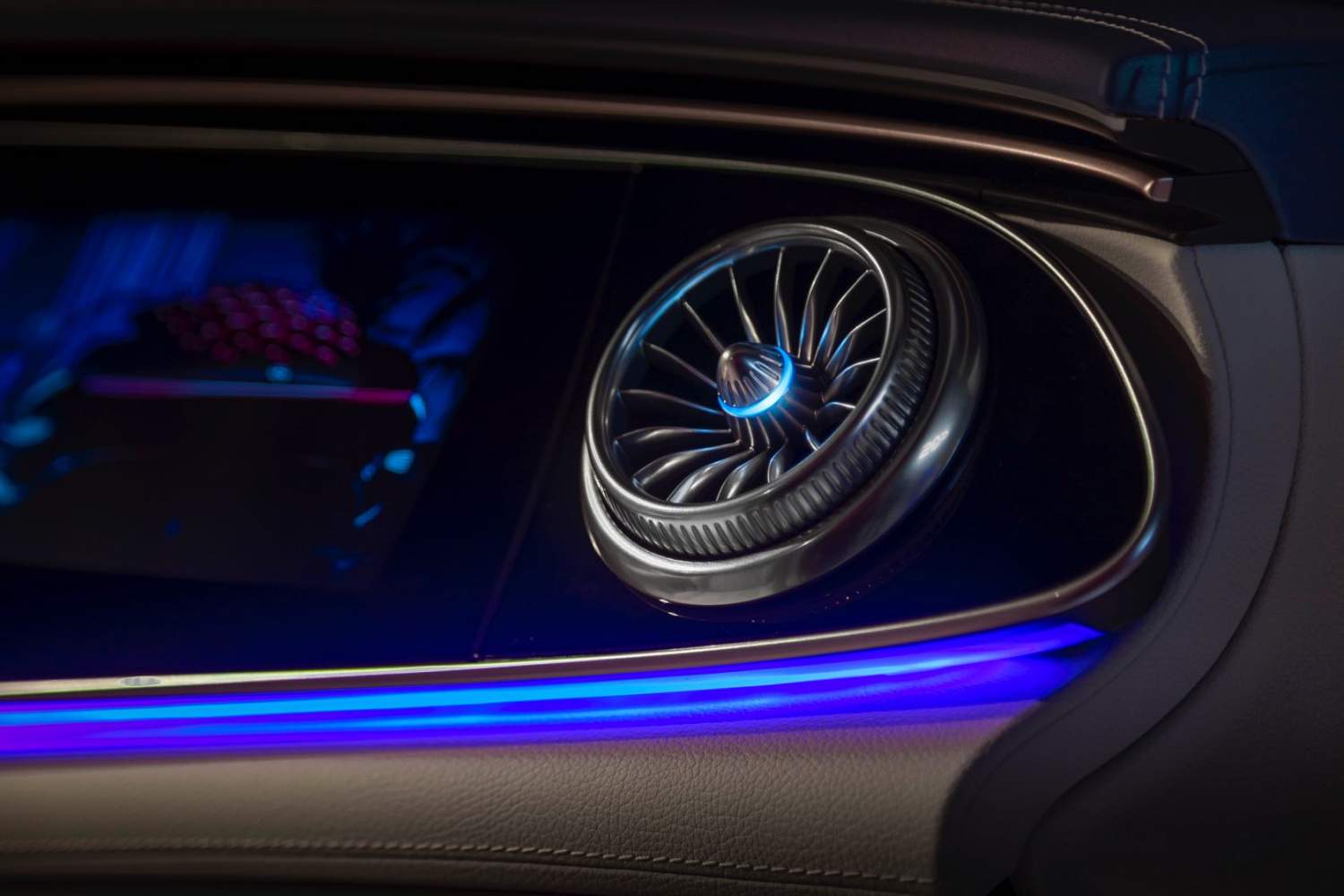 Called “Forest Glade,” “Sounds of the Sea,” and “Summer Rain,” the soundscapes were created with Emmy Award-winning sound recordist Gordon Hempton. Famous for his nature audio, Hempton’s soundscapes are combined with lighting and images, among other things.

In Forest Glade, for example, there’s birdsong, rustling leaves, and the HVAC system creates a gentle breeze as though you’re sitting in the woods. Warm music and a subtle fragrance are included, too. 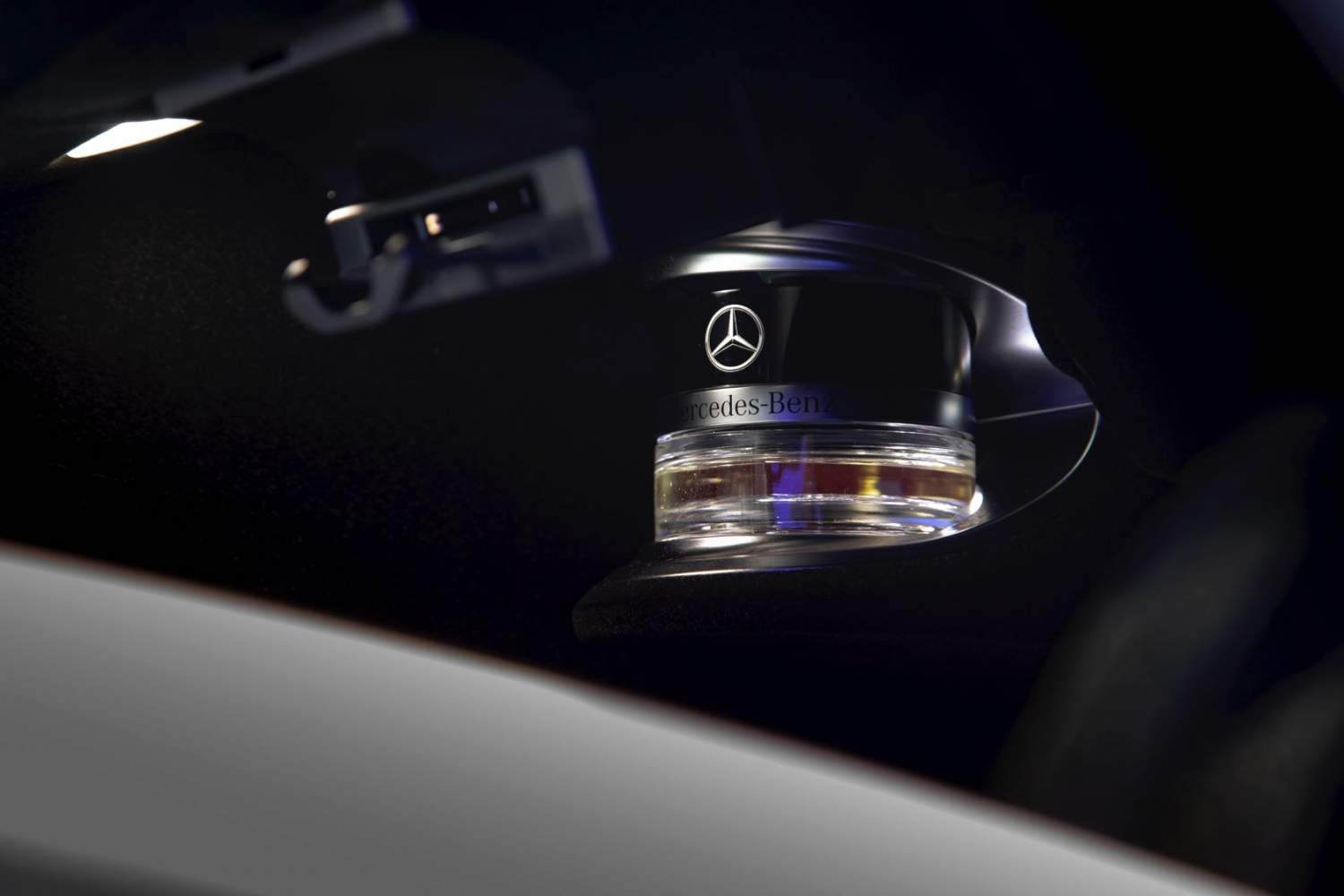 For Sounds of the Sea, you’ll hear soft musical soundscapes mixed with wave and seagull sounds. The HVAC will blend warm and cool airflow, as though you’re sitting by the bay watching the waves.

Finally, Summer Rain takes the sound of raindrops on leaves as its core, blended with distant thunder and pattering rain, as more ambient music filters through. Each is based on Hempton’s “Quiet Planet” audio library, remixed by Mercedes’ sound design department into 10 minute long pieces. 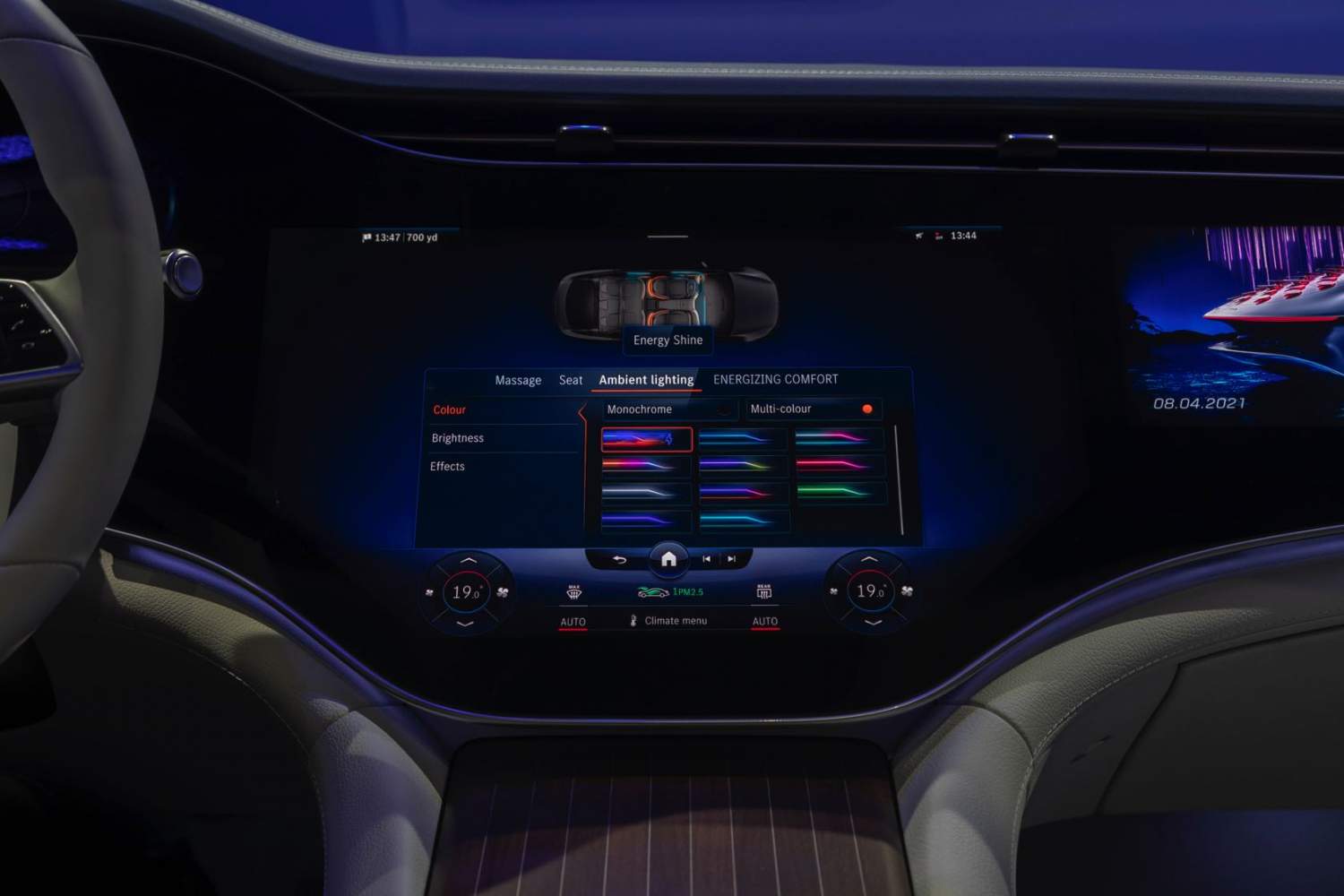 Since you might not realize it’s time to wind down, the EQS’ Energizing Coach will automatically suggest when it’s time to run an Energizing Comfort program. If you’re wearing a Garmin wearable, or a Mercedes-Benz vivoactive 3 or Venu smartwatch, MBUX will even use metrics like personal stress levels or your recent sleep quality to make those recommendations even more timely. Or, you can simply say “Hey Mercedes, I’m tied,” and MBUX will automatically start the Vitality program.

You might not expect Mercedes to bake in a feature that encourages you not to drive the 2022 EQS, but that’s just what the Power Nap feature does. It’s designed to provide a potent break during stressful days – or while you’re waiting for a DC fast charge to top the batteries up. 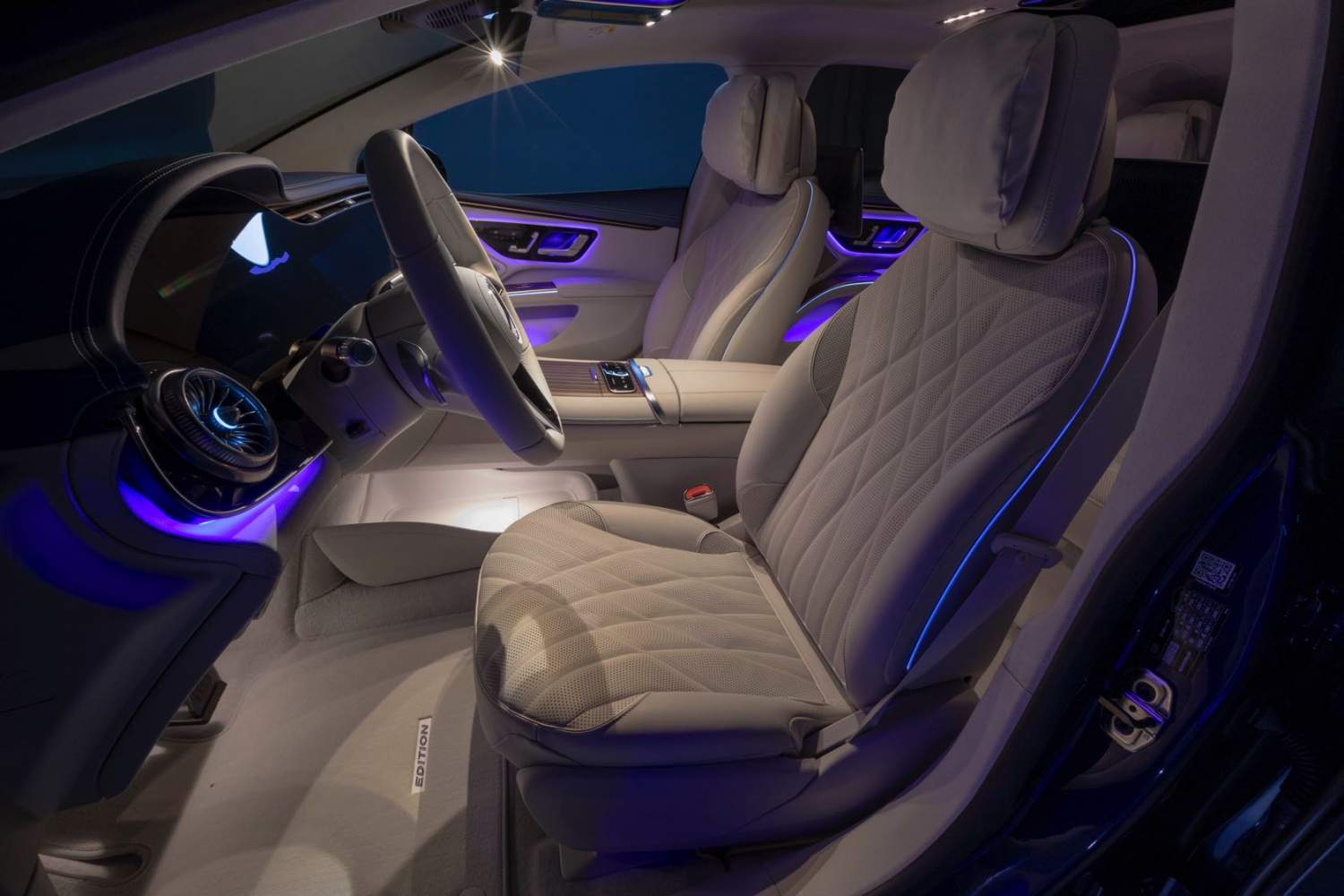 There are three phases to each nap – falling asleep, sleeping, and waking up – with the EQS automatically putting the seat into a relaxing recline, closing the side windows and the sunshades, dimming the ambient lighting, and even activating the air ionization system. Soothing sounds begin to play through the audio system, while a starry sky shows on the central display and, if the front passenger is snoozing too, on their front passenger Hyperscreen panel too. 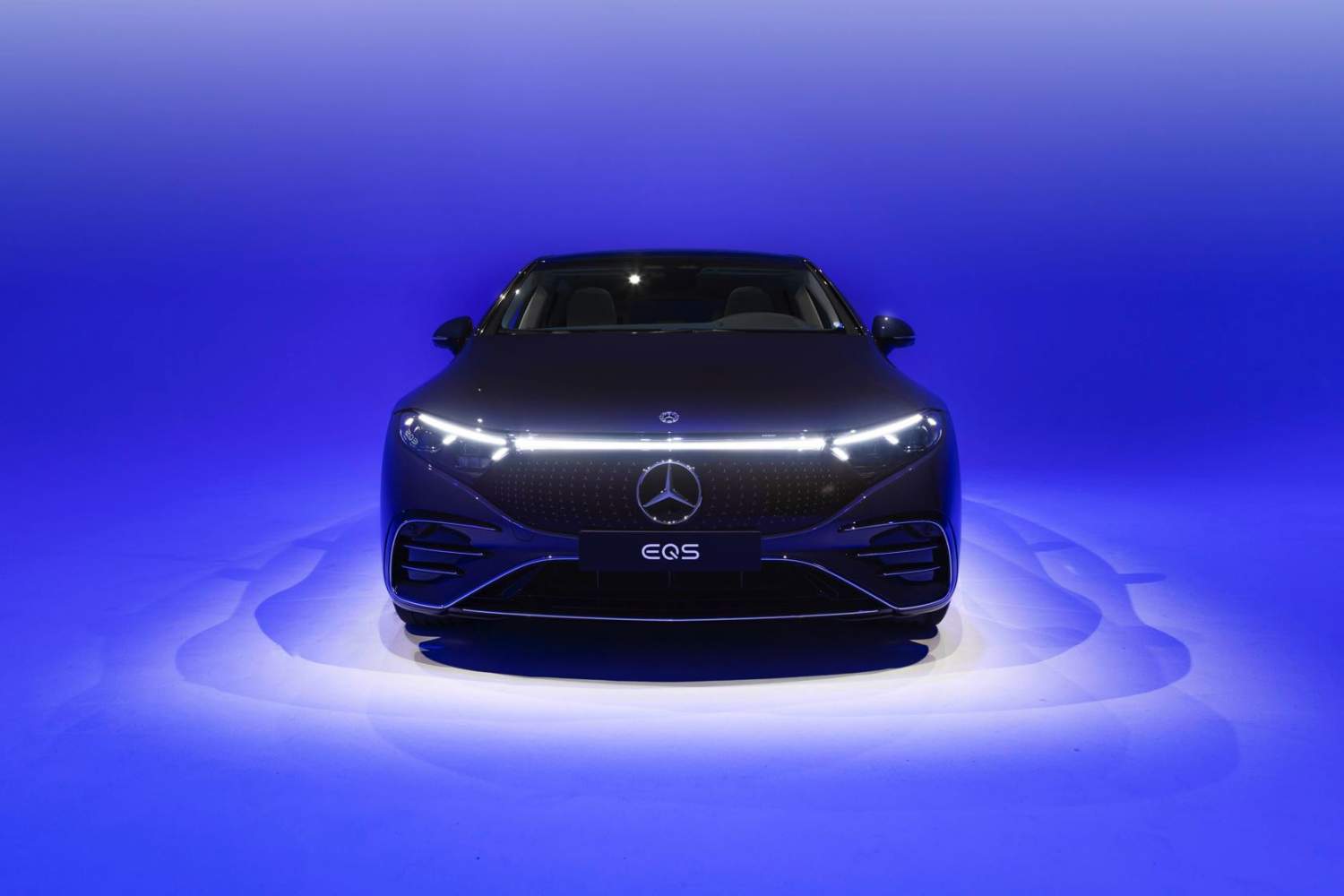 When it’s time to wake up, there’s another soundscape designed to be more activating, paired with a fragrance. The seats will give a subtle massage and their ventilation will turn on as well. Finally, Mercedes says, the seat moves back into its usual position and the sunshade across the panoramic glass roof opens. Just in time to make the most of all those electrons.