Whenever Mercedes-Benz unleashes a new S-Class, the entire automotive industry watches in anticipation. With the impending debut of its 2022 EQS all-electric luxury sedan, meanwhile, the stakes are even higher. All eyes are on the three-pointed star to see if its newest EV can truly redefine the standards of luxury and performance in electric vehicles, and there’s plenty at stake either way. 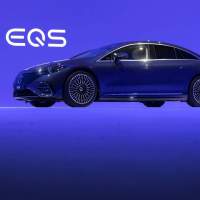 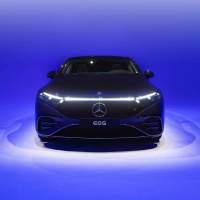 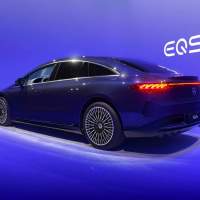 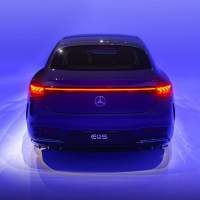 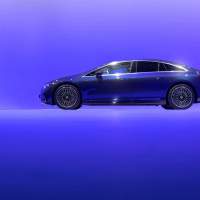 As I planted myself in the driver’s seat, what I can only describe as a sensation of ‘seamlessness’ washed over my senses. The automatic doors are a nice touch, too, adding a sense of occasion that even the current S-Class doesn’t match. My colleagues in the auto press generally consider the 2022 EQS to be an all-electric version of the S-Class, but the reality is that the former is an entirely different car.

The cab-forward design is made possible by the absence of an internal combustion motor, but it has more to do with Mercedes-Benz’s ‘one bow’ design philosophy. Unlike with an S-Class, the EQS has a higher beltline and a curvier profile, giving it a more rounded shape. I can’t help but look at it and think of a bullet train.

The A-pillars, meanwhile, are pushed further forward to reveal a refreshing sensation of space. “What’s pretty amazing is even though the EQS looks super flat and sleek, sitting inside has the feeling of an actual luxury limousine,” Sylvain Wehnert, Vice President Advanced Design North America, Mercedes-Benz Research & Development North America, pointed out to me. “I had the great pleasure to be part of the first steps into what we now call ‘progressive luxury,’ our design language that define the EQ experience. That was in 2013 with the creation of the F-015 concept.” 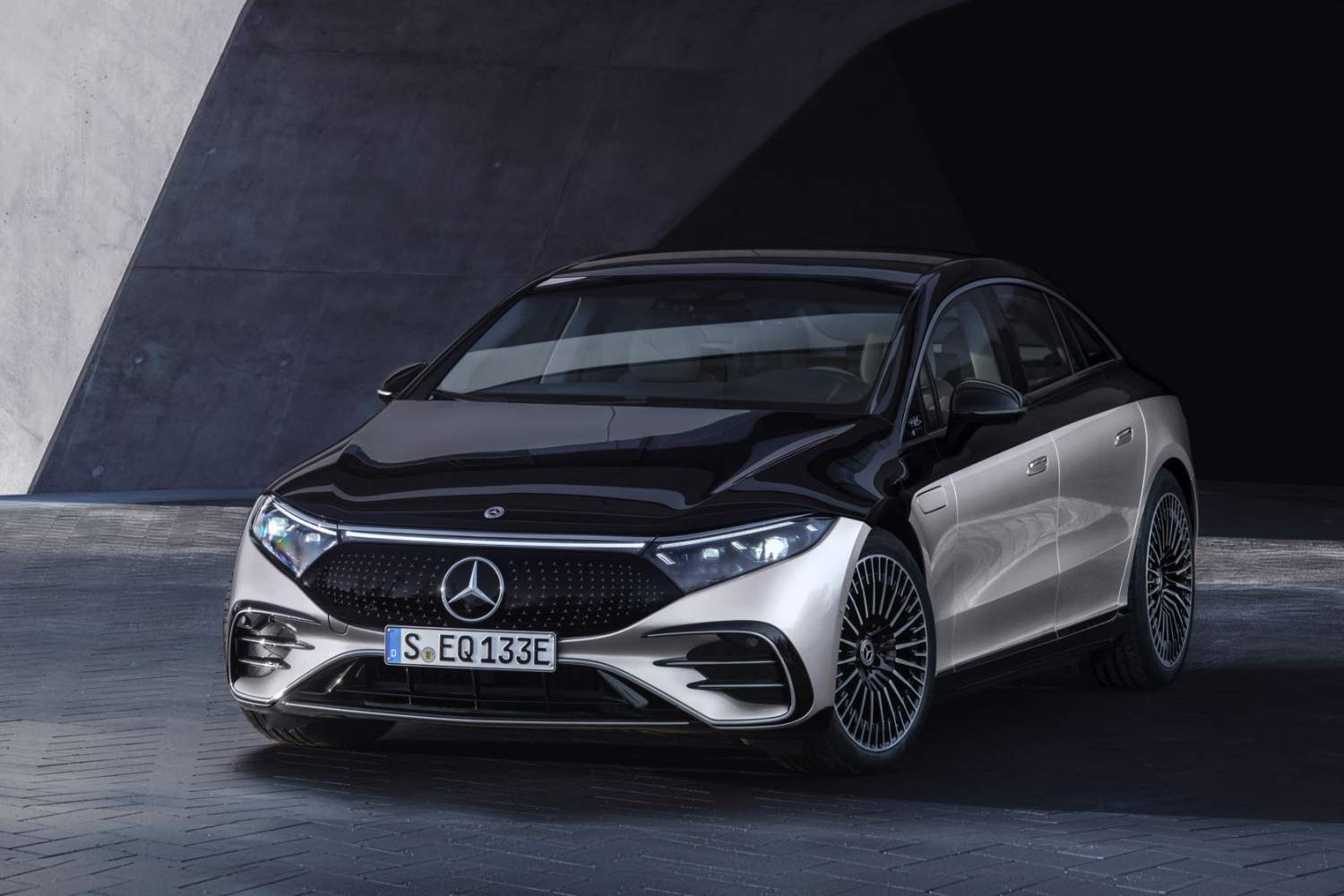 It doesn’t take long to spot the similarities between the 2022 EQS and Mercedes-Benz’s F 015 concept from six years ago in terms of styling. The sleek, curvy, rounded body is not only setting new benchmarks in aerodynamic efficiency, but it equates to vast amounts of room. “We wanted to create the purest shape we can think of,” said Wehnert, head of the Mercedes-Benz design studio in Carlsbad, California. “It has the right mix of this extreme progressive proportion, but at the same time, there’s a beauty aspect. It has nice shoulders and integrated windows creating a nice, seamless form.”

My favorite view is the rear end. The EQS has a tapering greenhouse with bulging rear fenders, flanked by awesome-looking Helix LED taillight clusters. “The rear architecture has a drop shape to emphasize the aerodynamic aspect of the car,” added Wenhart. 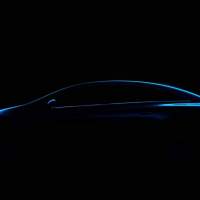 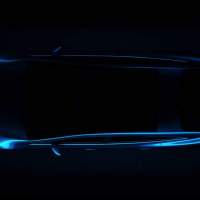 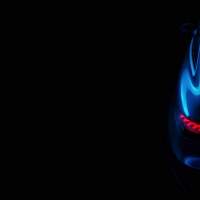 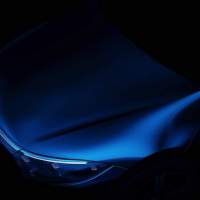 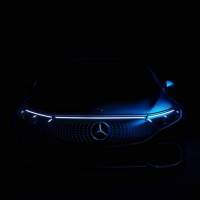 I didn’t realize it until we opened the trunk, but the EQS is actually a hatchback not a traditional sedan, which means plenty of cargo room for all your toys. However, the EQS has no conventional frunk or front trunk like a Tesla Model S or Ford Mustang Mach-E; the generous cargo room in the back more than makes up for its absence. At the front, you get the three-pointed star emblem set in a beautiful glass-faced grille. Flanked by eye-catching headlights with specific lighting signatures, you won’t mistake the EQS for anything other than a premium luxury car.

Regardless of gasoline or EV taking care of propulsion, nothing defines luxury more than having space to move around inside. Riding on top of a purpose-built EV-dedicated EVA platform – the first Mercedes-Benz to do so – the EQS is proof of Mercedes’ commitment to electrification, and it’s doing so without abandoning its core attributes of luxury, performance, and technology. 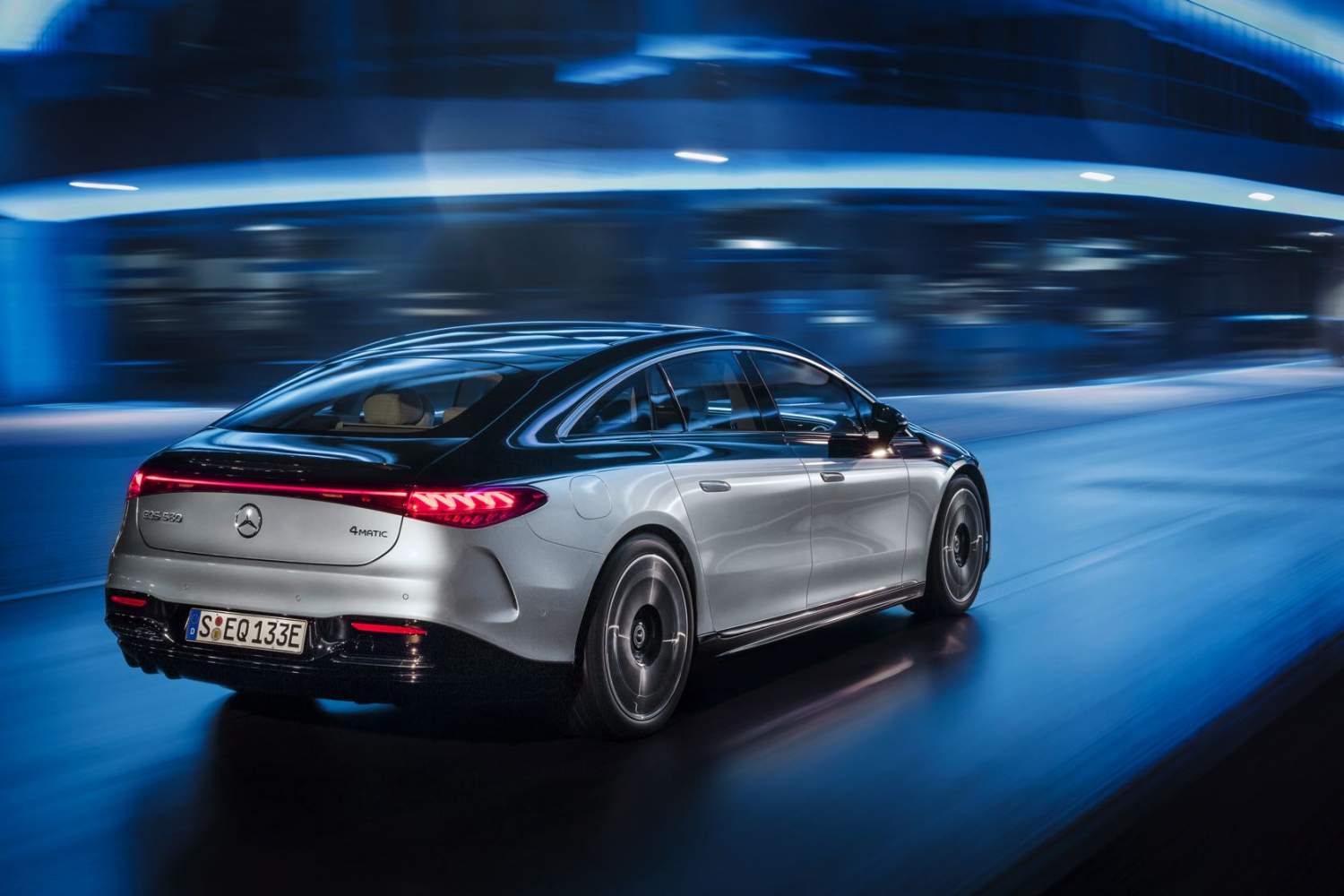 “We thought about how to use the opportunities and advantages that we have with an electric platform to create the most progressive and greatest result for the customer,” Wehnert told me. “The bow starts at the front and goes all the way to the back. And even though the EQS is the same size as an S-Class, it looks sleeker and longer through this graphical bow design.” The result is an astonishing drag coefficient of 0.20 Cd, low enough that the 2022 Mercedes EQS becomes the most aerodynamic production vehicle available, gasoline, hybrid-electric, or otherwise. It’s an incredible feat when you think about it, given we’re talking about a luxury limousine and not a land-bound space rocket. 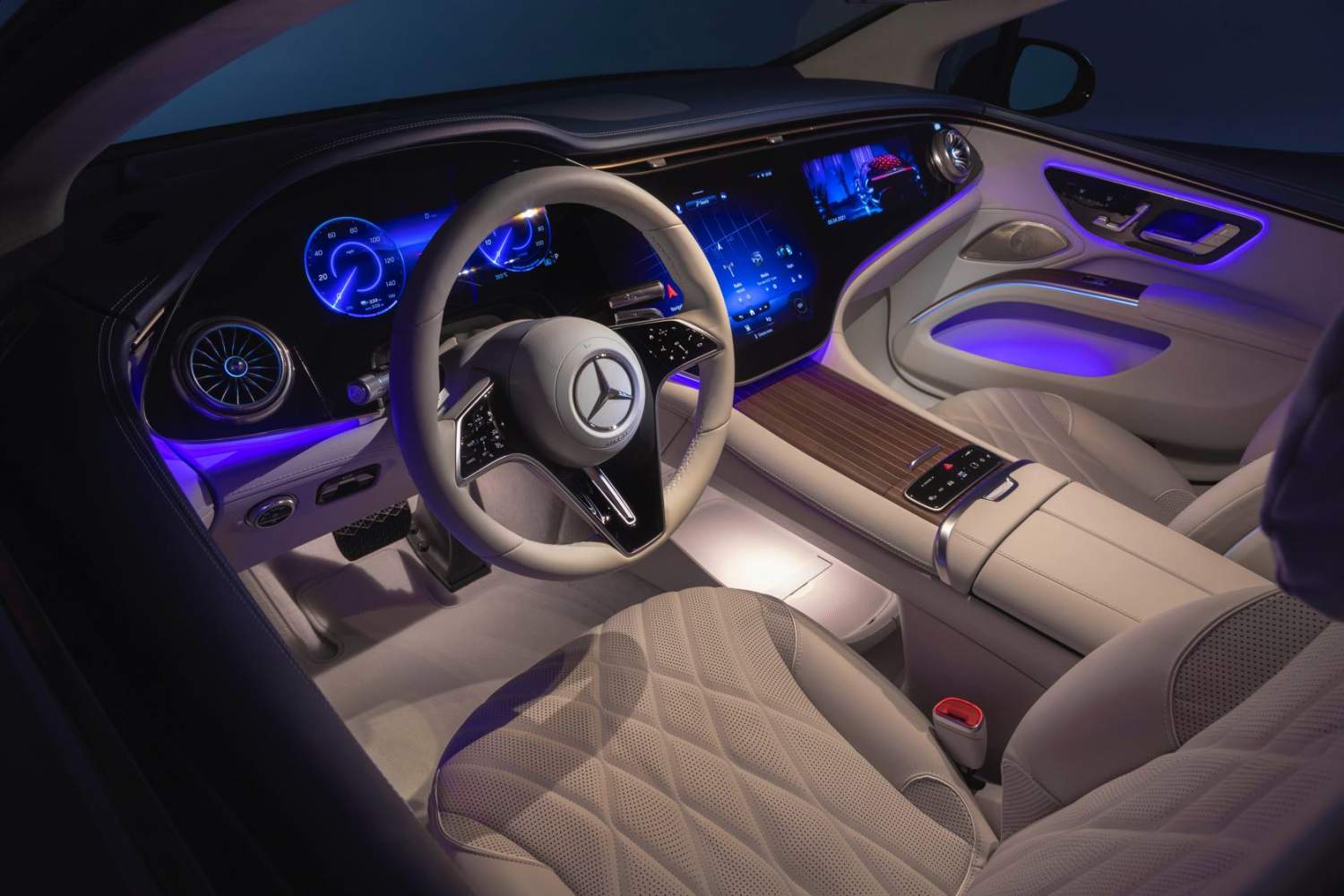 The EQS 450+ RWD model’s single electric motor is good for 329 horsepower, while a dual-motor EQS 580 4MATIC offers 516 horsepower and 406 pound-feet of torque, all of which are readily accessible with a drop of the right foot. No S-Class will feel this agile and quick off the line. A depleted battery’s capable of a quick charge via DC fast-charging at rates up to 200 kW, adding approximately 186 miles of range in under 15 minutes. The 400-volt liquid-cooled electrical architecture automatically cools or preheats the batteries to speed up charging in hot and cold weather.

As for outright speed, 0 to 60 mph should arrive in slightly more than 4 seconds, while Mercedes-Benz is quoting a top speed of 130 mph. Granted, it’s not as quick or ‘ludicrous’ as a Tesla, but it should roll with the serenity and refinement of an S-Class. Those inside the EQS should have a more serene experience compared to a Model S, too. All the body gaps are filled with foam, part of Mercedes’ attempts to at isolating the cabin from exterior and drivetrain sounds. 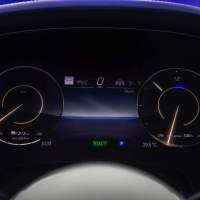 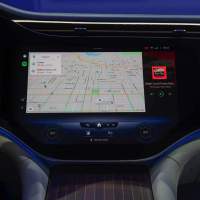 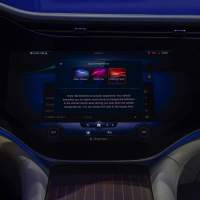 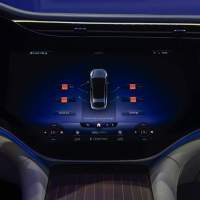 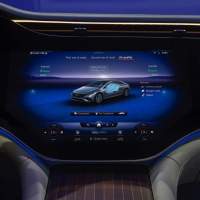 Of course, the most significant talking point in the 2022 Mercedes-Benz EQS remains the MBUX Hyperscreen. And let me tell you, pictures don’t do justice to this new infotainment system. Looking at the sweeping glass panel with its embedded screens for the first time is a little like seeing Iron Man in real life, I imagine. Spanning 56-inches across the dashboard, Hyperscreen consists of three separate display screens blended into one vast glass sheet, and it’s larger than life.

Other carmakers are forging Tesla’s route of having a single, giant touchscreen in the center console. With Mercedes being Mercedes, the brand is going all in, setting the goalposts for future EVs to consider. “In contrast to Hyperscreen, it has hyper-analog elements like those turbine-inspired air vents,” Wehnert pointed out. The overall execution is timeless and classy, exactly what I was expecting from a new-age Mercedes-Benz. 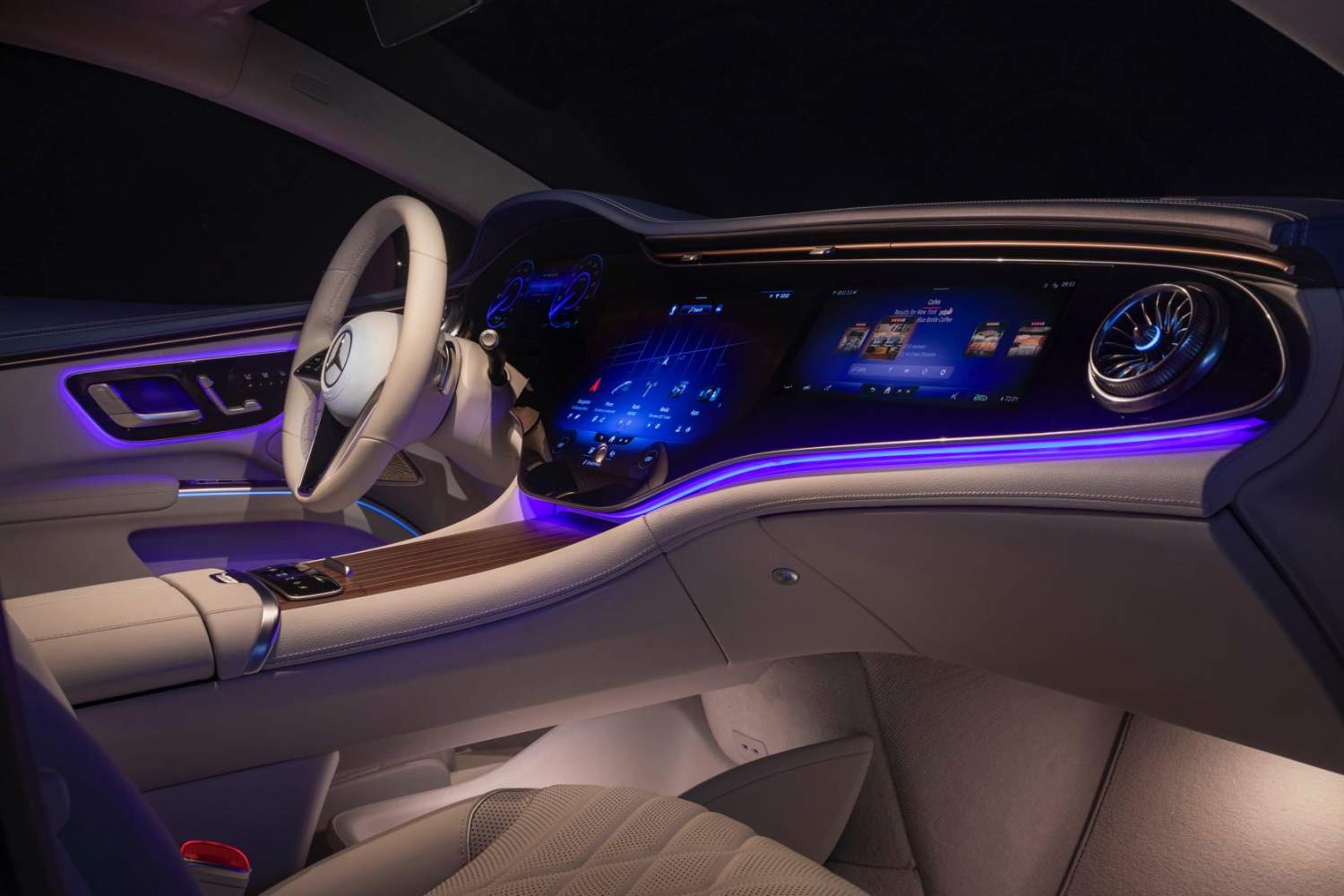 The passenger display in Hyperscreen is independent of the main screen and the other bevy of screens in the EQS. “You have your entertainment system on the passenger side, and most of the time, it’s connected to a Bluetooth headset,” explained Stephan Aull, Manager, Electronic System Testing at Mercedes-Benz Research & Development North America. You can access your Spotify playlist, make phone calls, or watch videos from the passenger screen. To avoid distraction, though, there are systems installed to stop the person behind the wheel from peeking across. “The driver camera monitors your eyes and how distracted you are,” Aull says. “Once your eyes are focused on the passenger screen, the monitor will pause or shut down after a couple of visual and acoustic warnings.”

The AR-HUD system (augmented reality heads-up display) is similar to what you’d find in a racing game, projecting 3D arrows for turn-by-turn navigation. Other high-tech features include an EQ Optimized routing system that automatically calculates your route, based on current battery levels and your desired target battery level.

Admittedly, such a screen-heavy dashboard may not be to everyone’s liking. For that reason, Mercedes-Benz offers the EQS with a standard display setup much like you’d find in an S-Class, consisting of a 12.3-inch digital instrument panel and a 12.8-inch diagonal center touchscreen. Whether you get Hyperscreen or not, you get an immaculate cabin brimming with the finest selection of leather, wood, metal, and sustainable materials.

“You will always see a contrast in every color and trim setup, the fusion of cool and warm elements,” added Wehnert.

The 2022 Mercedes-Benz EQS is the brand’s first EV to arrive in North America, the EQC SUV launch here having been dropped from its original 2020 timeline. The initial models – the 2022 EQS 450+ (Extended Range) and 2022 EQS 580 4MATIC – will arrive at dealers in the fall of 2021; pricing will be confirmed closer to release.

That leaves us with a little time to wait before the US’ first taste of Mercedes’ vision of all-electric luxury, not to mention its first opportunity to see just how seriously the automaker is taking next-generation propulsion. From what I’ve seen so far, though, our patience will be worth it. 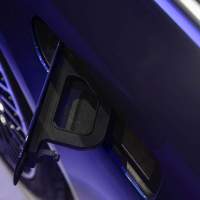 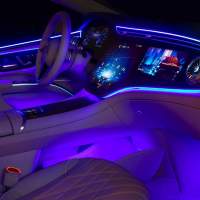 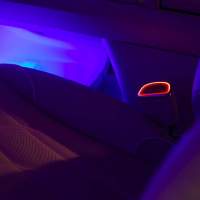 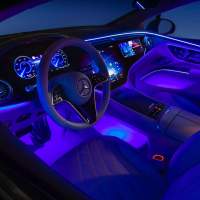 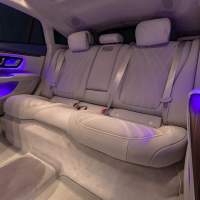 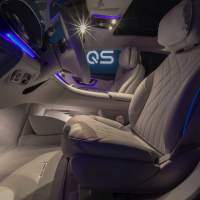 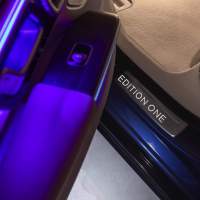 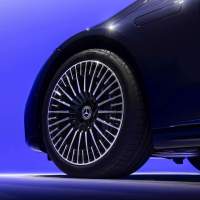 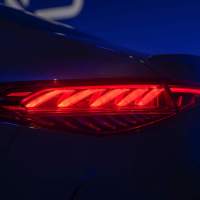 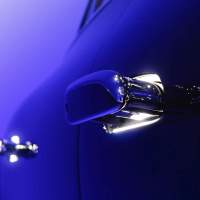