In a surprising turn of events, it seems the Mercedes-Benz EQC is not arriving in the United States anytime soon. Instead, Mercedes is pining for the EQS to be the first all-electric vehicle in the USA to wear the three-pointed star badge. According to a recent article by Autoblog, Mercedes-Benz canceled the EQC electric crossover’s U.S. production debut after delaying the initial launch last year.

First unveiled in 2018, the Mercedes EQC is the first E.Q. all-electric vehicle from the German brand. Editor-in-chief Vincent Nguyen drove the EQC in Norway in 2019, with all signs pointing to an imminent U.S. debut. “Mercedes-Benz has something good in store for American buyers of the EQC: the large Mercedes-Benz star in the grille is illuminated at night,” said Nguyen. “This feature is exclusive to all U.S.-bound EQC SUVs.” 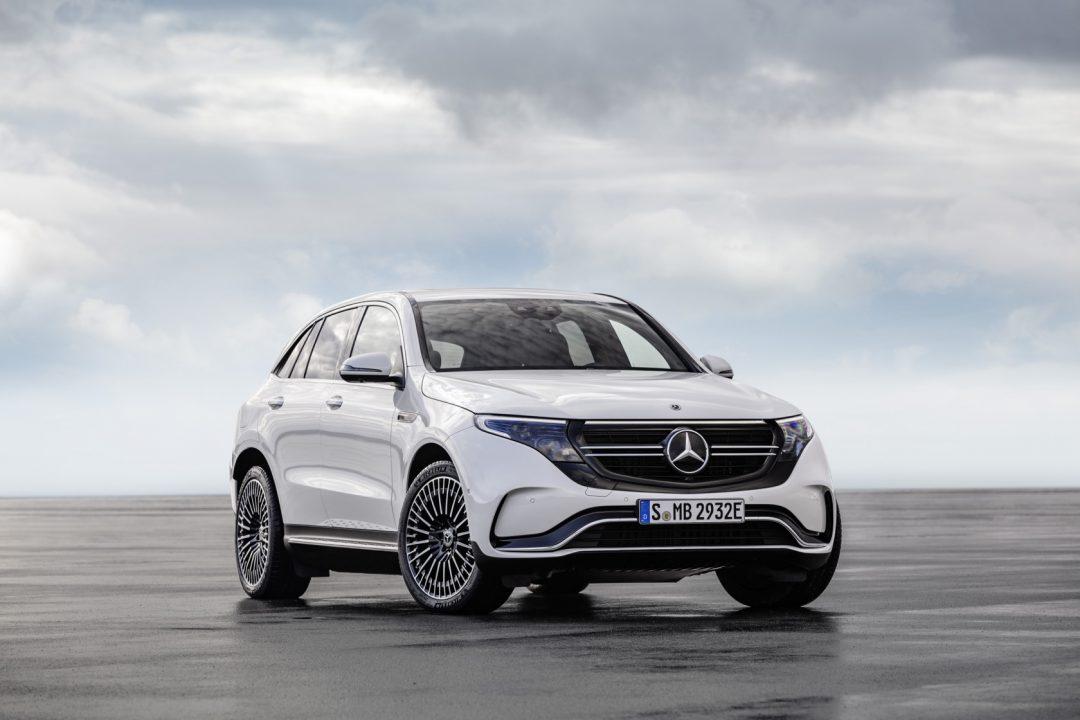 Unless Mercedes-Benz changes its mind, it seems U.S. buyers will have to wait longer for the EQC, but some good news is on the horizon. The Mercedes-Benz EQS electric luxury sedan will arrive at U.S. dealerships in fall 2021 as a 2022 model. The EQS is a zero-emissions alternative to a petrol-powered S-Class and is coming to market with an impressive resume of dazzling technology. 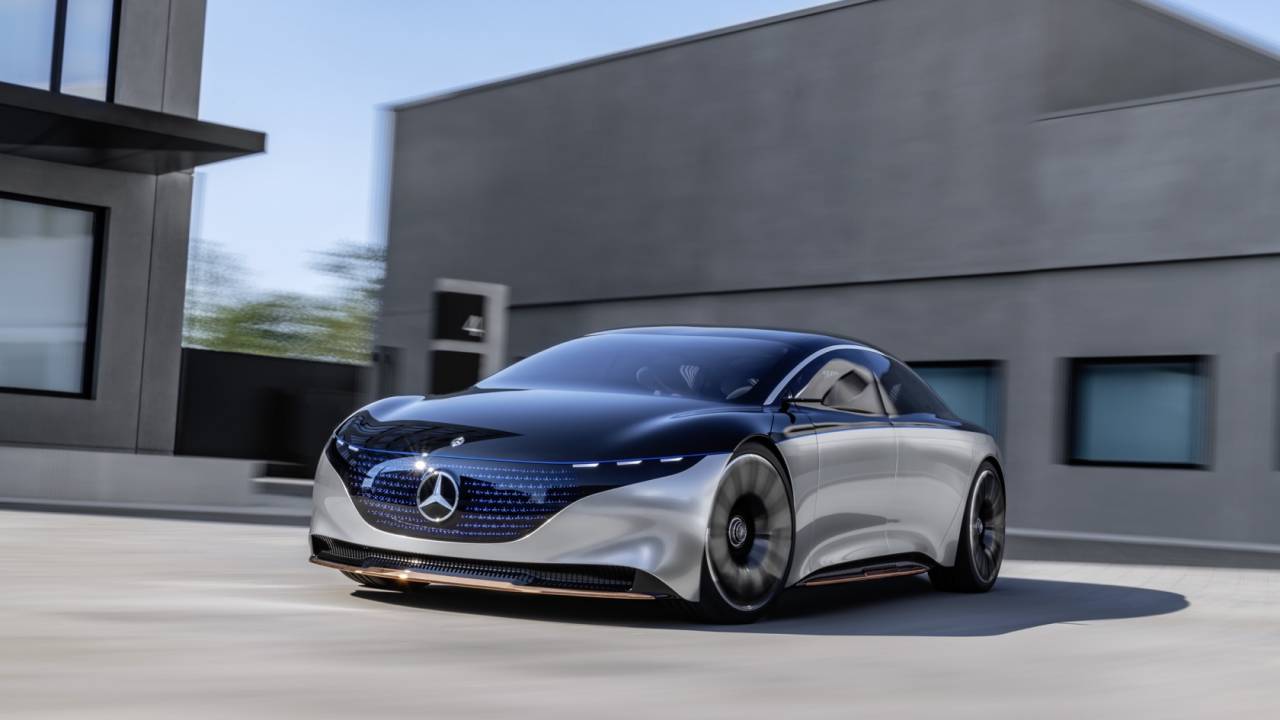 For starters, the Mercedes EQS features the next-gen MBUX Hyperscreen, a vast digital dashboard measuring 56-inches in width and spans the entire length of the dashboard, including a dedicated screen for the front passenger. Acting as the brain and nervous system of the car, MBUX Hyperscreen is powered by eight CPU cores and 24 G.B. of RAM, capable of processing and allocating a RAM bandwidth of 46.4 GB per second.

With that much processing power, Hyperscreen’s AI-powered user interface features ‘context-sensitive awareness’ with a personalized zero-layer user interface. “The MBUX Hyperscreen continually gets to know the customer better and delivers tailored infotainment and content offerings without needing to click or scroll anywhere,” said Sajjad Khan, Member of the Board of Management of Mercedes-Benz AG and CTO. 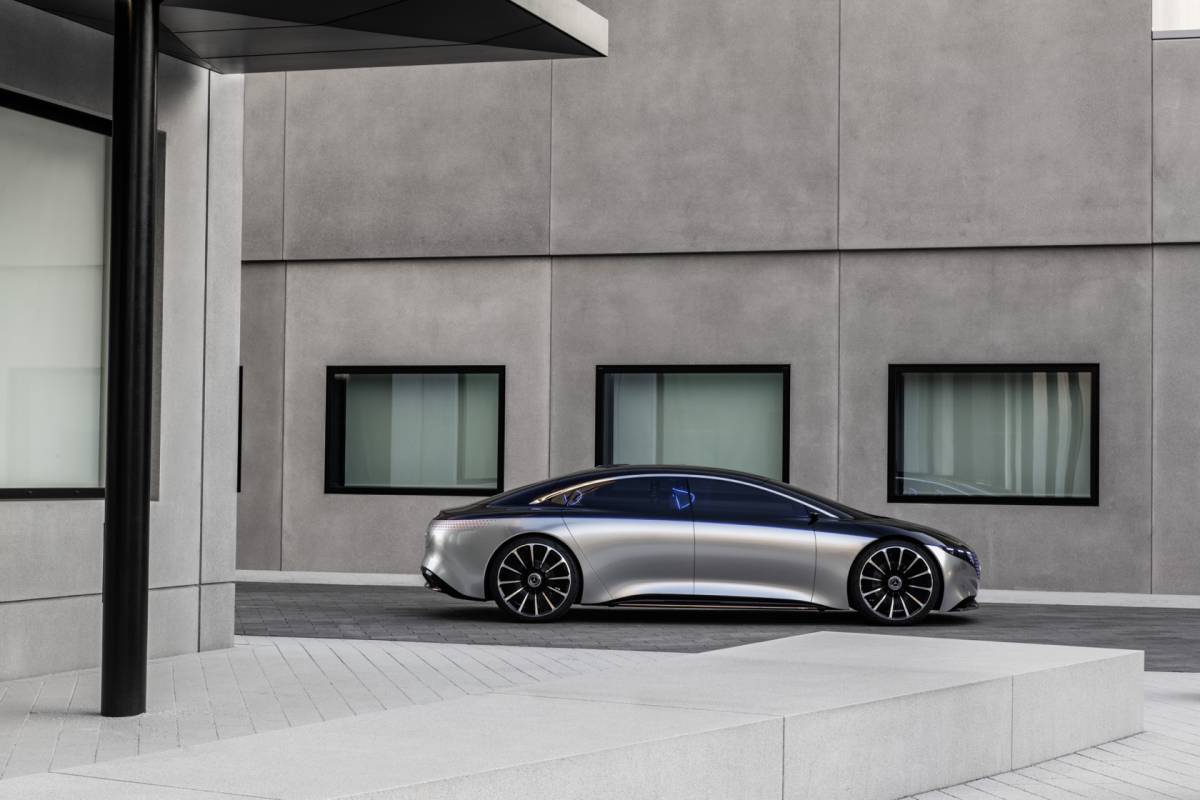 Unless the EQC gets its own MBUX Hyperscreen, we think Mercedes-Benz is making the right move in fielding the EQS electric luxury sedan before its EQC SUV, and you don’t have to wait long, either. According to Mercedes-Benz, the EQS will make its official online debut in the next couple of weeks.