BMW’s all-electric 4 Series, the BMW i4, will take on the Tesla Model 3 with more than 500 horsepower and 600 lb-ft of torque, it’s suggested, but a bigger surprise is just where the sedan will fit in its family. Expected to launch in 2021, it’ll mark a distinct change in strategy for BMW when it comes to electrification – and how it positions cars like the new M4.

Previous electrified cars from BMW – such as the i3 and i8 – have used their own, bespoke platform. The BMW i4, however, is expected to use the same CLAR architecture that the automaker uses for the regular internal-combustion 4 Series models.

That could make production much easier, and cheaper too. Both the i3 and the discontinued i8 have been criticized for carrying a price premium, despite offering less performance and range than their direct competitors. The carbon-fiber frames used by both vehicles were lightweight and efficient for EV purposes, but added considerable cost to development and production. 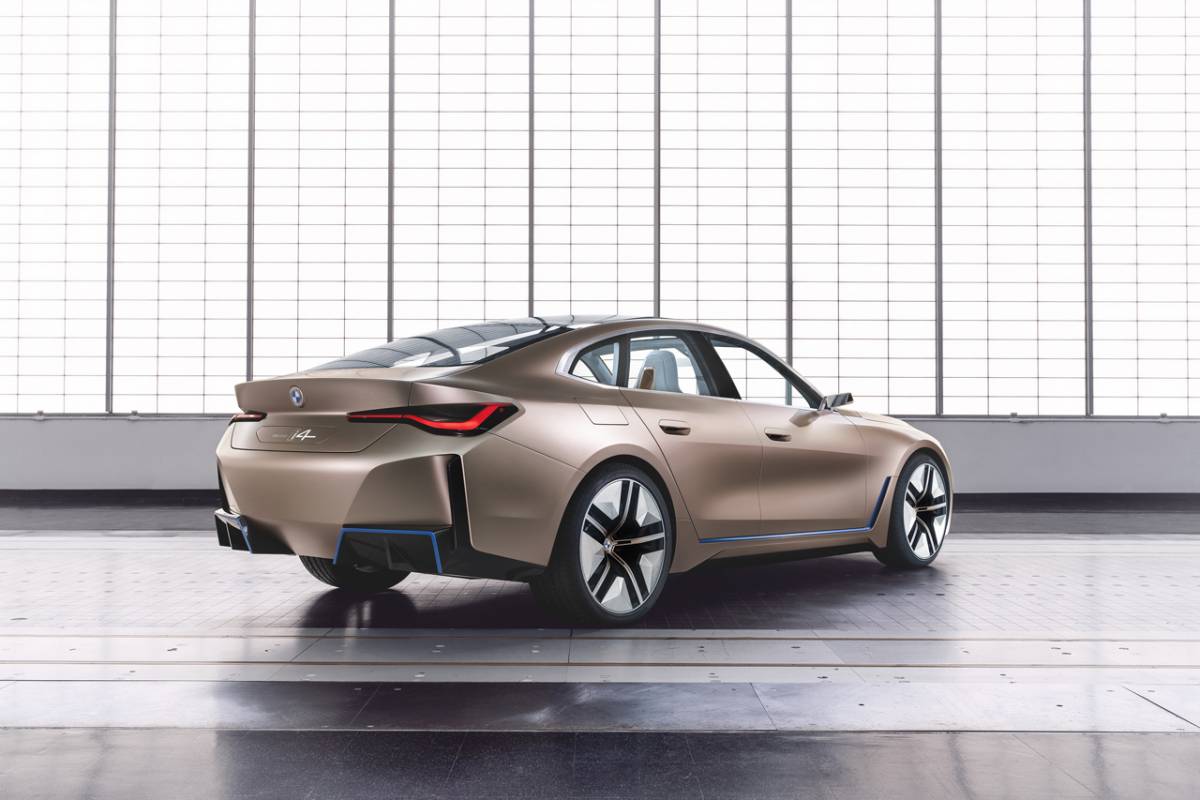 Instead, the new i4 sedan will sit on the same underpinnings as the rest of the new 4 Series line-up. However it’ll use a very different drivetrain. Although several configurations are expected, the most powerful to begin will be the i4 xDrive.

That will use two electric motors, one up front and one at the rear, for all-wheel drive. In total they’re expected to be good for up to 523 horsepower, together with around 600 lb-ft of torque. Juice will come from an 80 kWh lithium-ion battery pack; BMW’s most efficient version of the i4 – which will undoubtedly have more conservative power numbers – will do around 373 miles on the WLTP test cycle, the automaker has predicted. EPA range in the US will undoubtedly be less, due to differences in the testing process.

The BMW i4 has already been solidly teased

BMW hasn’t been too coy when it comes to the i4. The automaker has already shown us the Concept i4 earlier this year, notable in no small part by its outsized front grille. The controversial nostrils are set to expand across the 4 Series line-up, it’s said.

More important than styling, though, will be the nature of BMW’s electric motors. The i4 – like the BMW iX3 SUV, which will be based on the same platform as the X3, but is headed for China not the US – will use the fifth generation of the company’s eDrive system. That relies on smaller, more efficient motors, which rely on fewer rare earth materials. 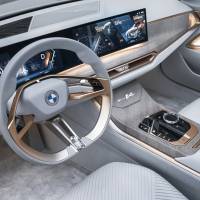 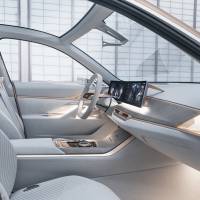 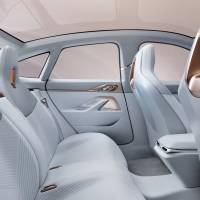 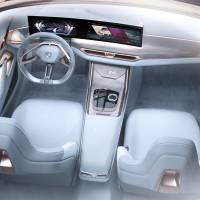 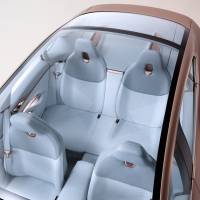 The upshot to it all will be more straightforward production and more affordability, pushing BMW’s electric car into the mainstream. What hadn’t been predicted was for it to so thoroughly dominate the new 4 Series line-up. According to new leaks, that’s set to expand for the 2021 model year, but with an unexpected king.

BMW’s first new 4 Series cars will arrive before the end of 2020, Autocar reports, first as a two-door coupe, then as a convertible, and finally the four-door Gran Coupé. There’ll also be a new BMW M4, which will be offered in all three body-styles, it’s said, as well as in regular and M4 Competition form. 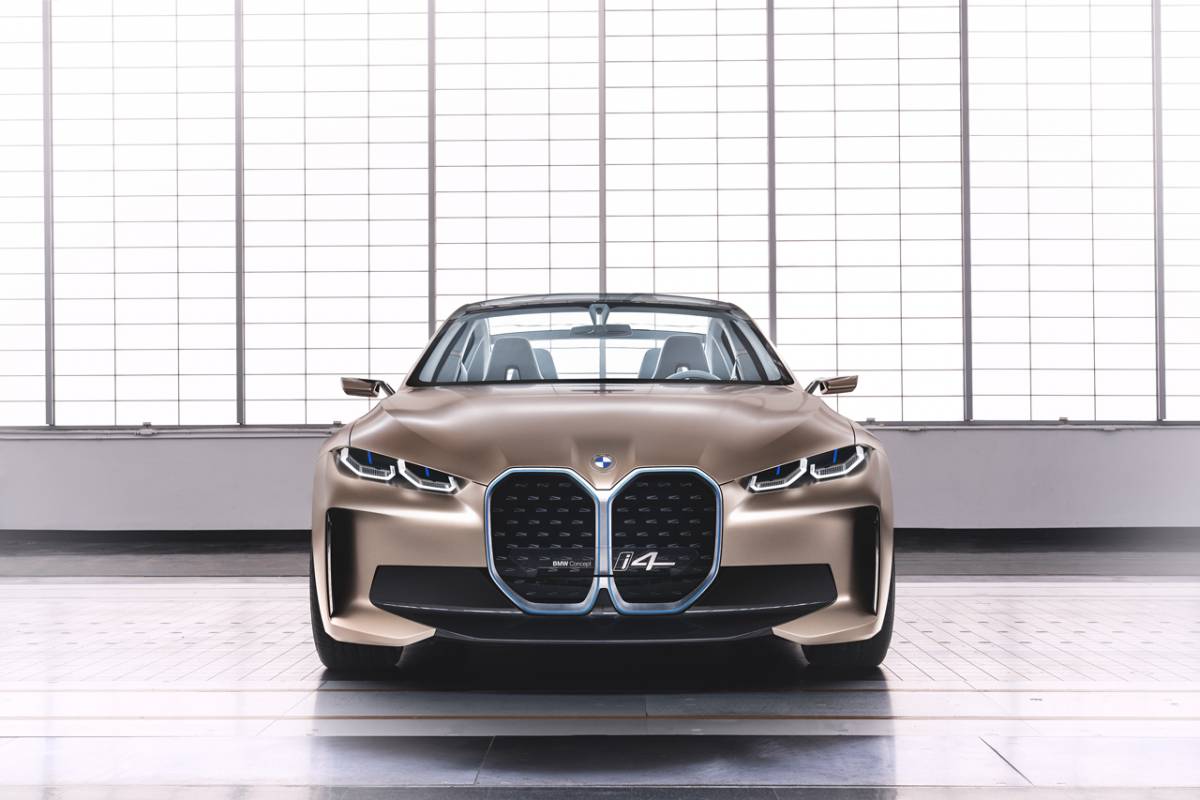 The regular 2021 M4 will have a twin-turbo 3.0-liter straight-six, it’s said, tuned for 473 horsepower and 443 lb-ft of torque. It’ll be offered with a six-speed manual transmission and rear-wheel drive. The M4 Competition, meanwhile, will turn that for 503 horsepower – just as we’ve seen in the X3 M and X4 M SUVs – and use an eight-speed automatic and xDrive AWD.

What’s shocking is that it leaves the new i4 as the flagship when it comes to raw numbers. Actual performance on the track, we’ll have to wait and see: there’s the weight of the electric car’s battery pack to consider after all. Still, it’s a huge change of strategy, when the “Ultimate Driving Machine” is suddenly an EV.