BMW is killing the i8, arguably its most misunderstood car in the past decade. I can’t say I’m surprised at the decision – only, perhaps, that it’s taken this long for BMW to make it – but I do feel an unexpected snap of melancholy all the same. Manufacturing will end this April.

It’s tough to keep turning heads after six years of production, but the i8 manages it. When you swung up the gull-wing door, and clambered over that fiendishly-wide door sill – seemingly designed specifically with sapping your dignity in mind – it was almost impossible not to grab attention. 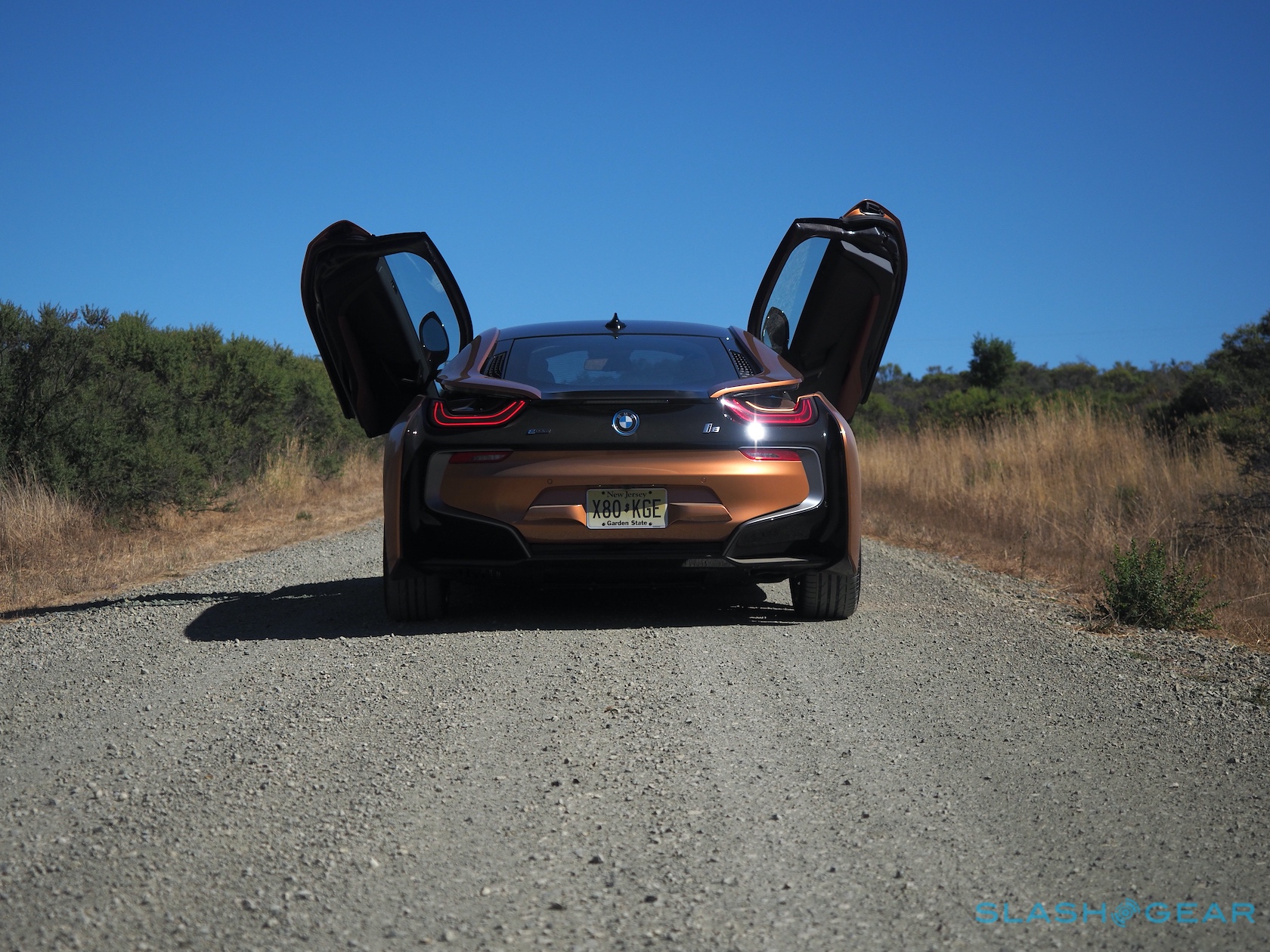 Swooping lines, mesmerizing cut-away bodywork, and a degree of concept-come-to-life melodrama that perhaps only the Lexus LC500 has managed to repeat… the i8 is a treat for the eyes, certainly. Practically, though, those inelegant sills weren’t the only problem. The cabin felt a little plasticky, and the rear seats of this 2+2 weren’t much more than a padded shelf for extra luggage. Then there was the electric range of just 18 miles.

Pitching the i8 was always going to be a struggle, especially to an audience of sports car enthusiasts used to associating displacement and cylinder count with overall appeal. BMW’s coupe was a six-figure exotic, with all the visual cues to take on McLaren, Porsche, and the rest. Its engine, though, was a mere three-cylinder, and clocked in at just 1.5-liters. 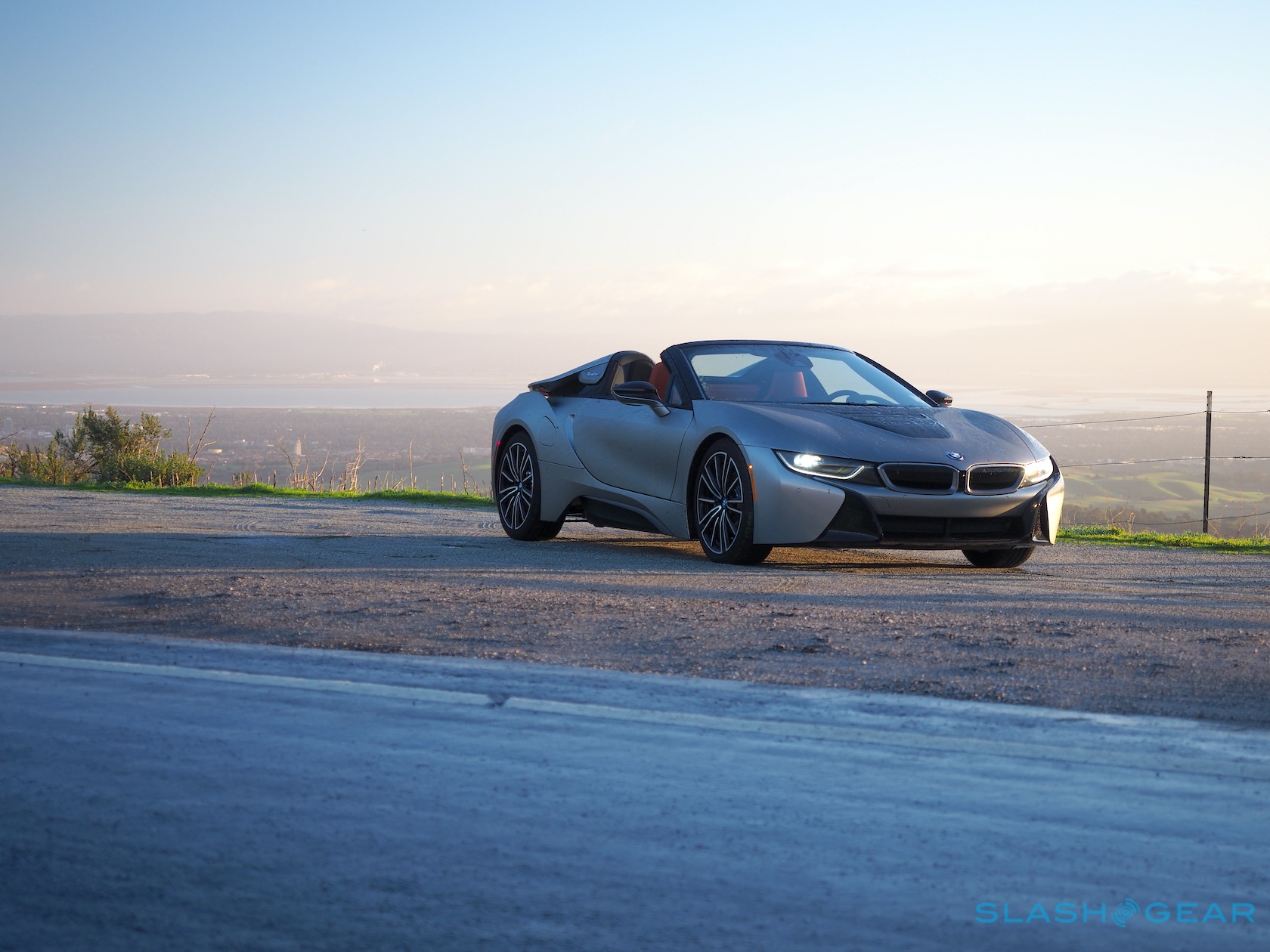 It’s a tough argument to make, even today when “electrified” is no longer instantly associated with “eco-virtuous.” Sports hybrids have gained traction as drivers wake up to the pleasures of instantaneous torque and lag-free acceleration. Still, the i8’s dinky gas engine seems small in comparison with what other hybrids, like the Acura NSX, are packing.

That becomes more of a problem because people just won’t stop asking about it. “What’s under the hood?” is a frequent question, and the frowning confusion you get in response is equally common. The i8 looks like it should be a 500+ horsepower rocket ship. When you tell people it’s packing about the same power as a BMW 440i a third of the price, it leads to some head-scratching. 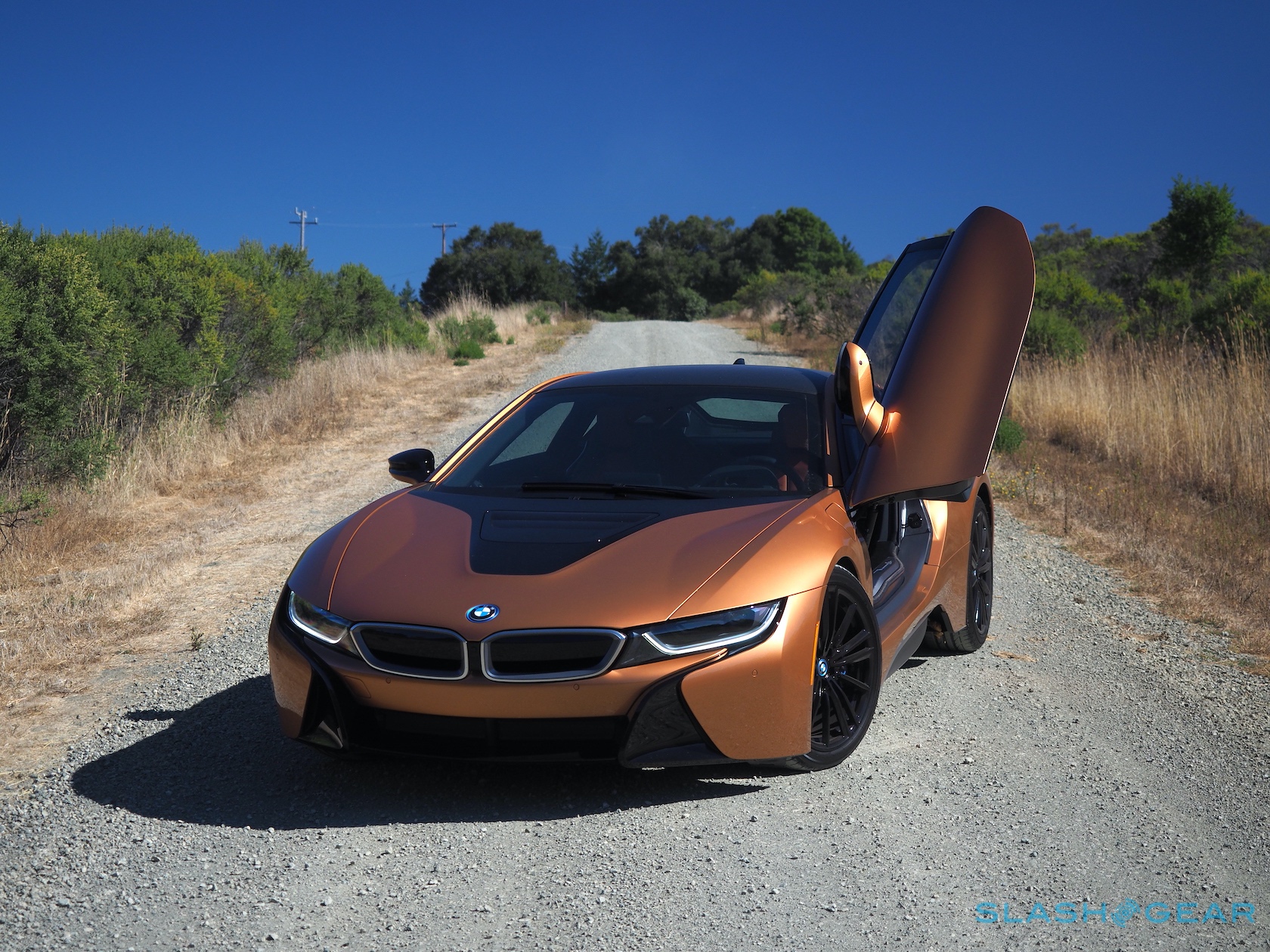 Even with 20,000 cars sold since its launch, and BMW heralding the i8 as the most successful model in its segment, it’s fair to say that relatively few people have actually experienced it from behind the wheel. I’ve driven several iterations of the i8, in both coupe and roadster form, over the years; it has a distinctive charm, but at the same time one that’s tough to explain rationally.

Other sports cars have more power, or are cheaper, or both. Dollar-per-horse, you can get better performance elsewhere. Commenters strongly disagreed when I described the i8 as a “supercar” a few years back, arguing it lacked the sheer grunt to warrant such a title. 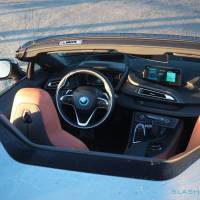 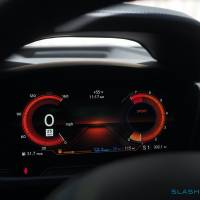 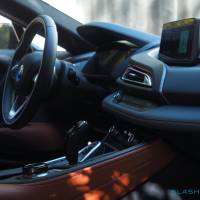 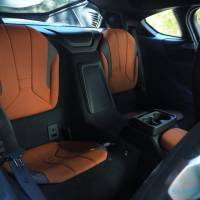 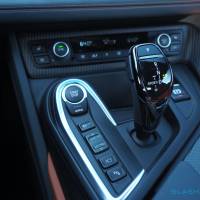 I won’t disagree that there are saner, even better choices out there. Were it my cash, I don’t think the i8 would be the first car I’d be considering. Yet to discount its worth simply because of how its numbers line up on paper feels like a boringly black & white view of what makes the auto industry interesting.

Driving the i8 has that interest factor. The gas engine focuses its punch on the rear wheels. Those at the front get the electric drive. AWD without a mechanical connection between the two axles is more common now, but it was a real leap forward back when the i8 first debuted. 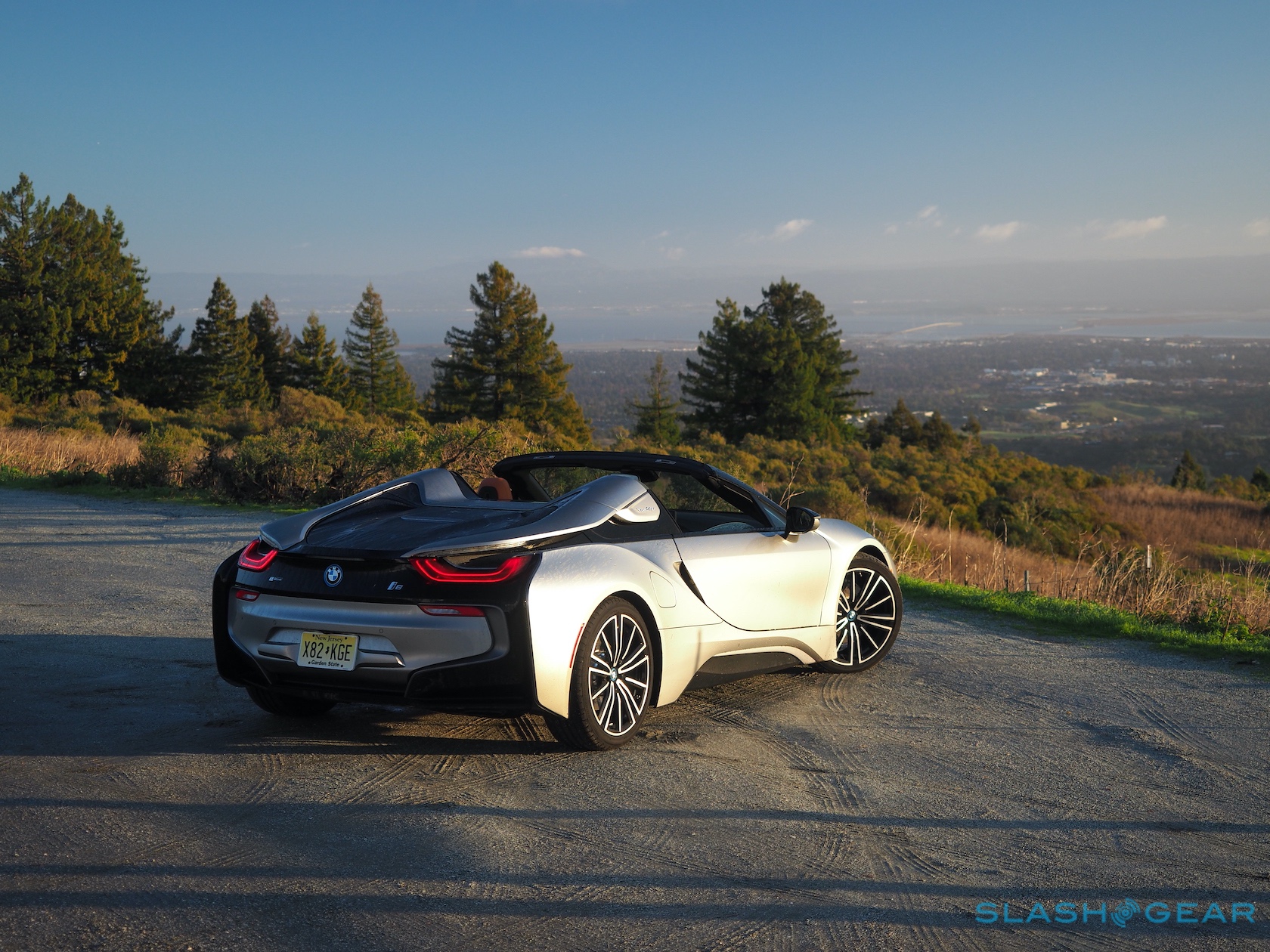 It leaves BMW’s car feeling agile and urgent through twisting roads, the combination of all-wheel drive and a curb weight that’s unusually light even today helping the i8 dart and pivot neatly. In Sport mode you get a weird electronic engine sound overlaid atop the thrumming turbo engine and the not-unpleasant whine of the electrics. It doesn’t sound like something that should be enjoyable, but it oddly is.

There’s definitely the sense that it could not only handle much more than its 369 horsepower, but welcome it too. Over the years BMW’s engineers tweaked and massaged: no big changes, but better anti-roll bars, more usable battery capacity, and less understeer. That stiff carbon fiber reinforced plastic monocoque is still compliant enough that, with the aid of adjustable dampers, you don’t rattle your teeth out of their sockets on ill-kept roads, which is more than I can say about many exotics. 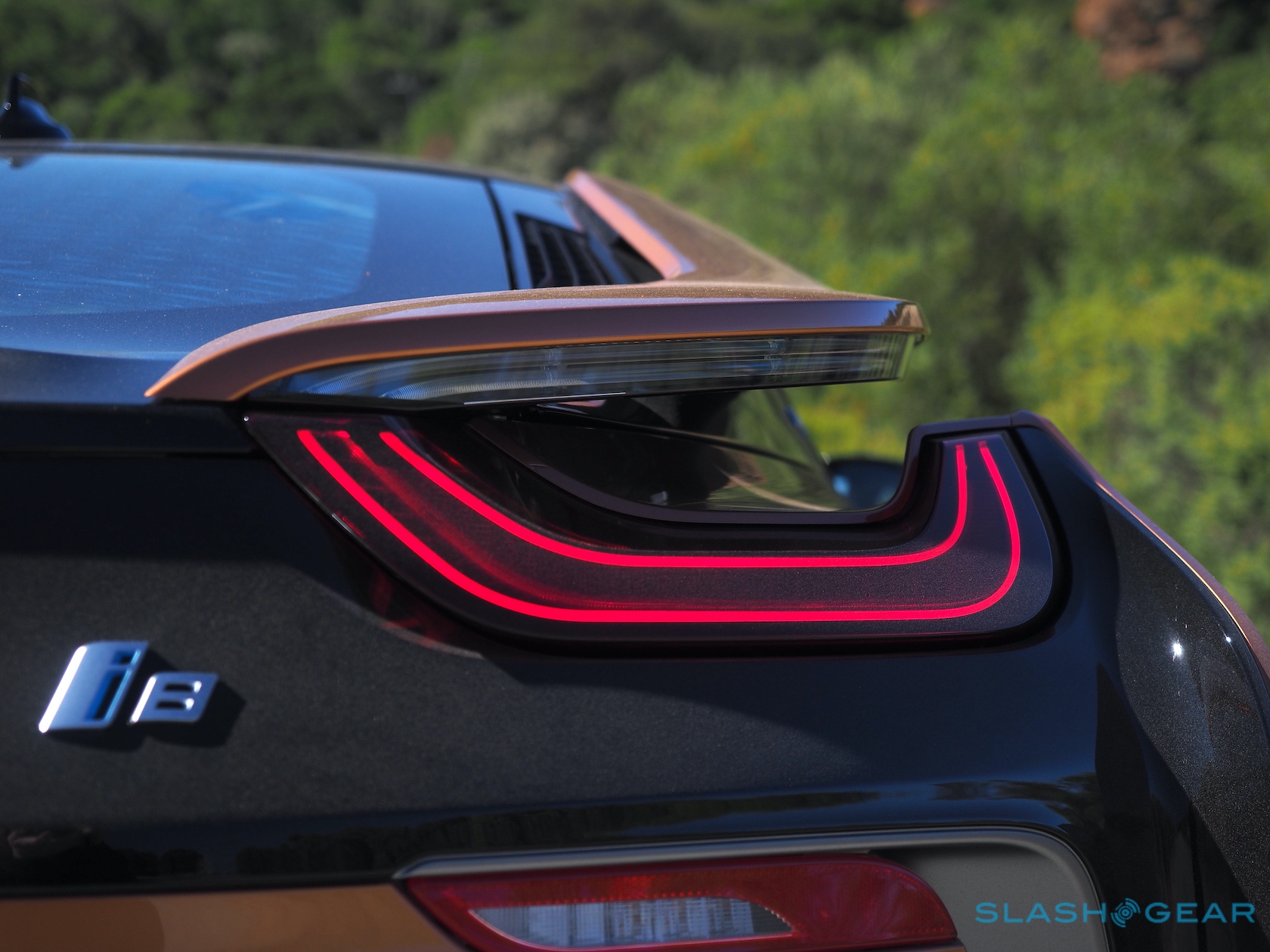 It’s all very usable, which is often a stumbling block when it comes to sports cars. I suspect we expect – and even welcome – a little mistreatment in return for our performance hit. Much in the same way that the McLaren 720S’ surprising degree of everyday driveability can be held against it from some quarters, BMW’s insistence on making the i8 handle urban puttering (complete with an all-electric mode and near-silence) only fuels the doubts that it’s serious about being a fun car too.

That BMW kept making it for so long suggests the automaker was serious about it, even if the car itself could have handled more playfulness. Perhaps my biggest complaint about the i8 – and indeed its i3 sibling – is that the German automaker always seemed intent on keeping its i-branded models at arm’s length from the rest of its range. 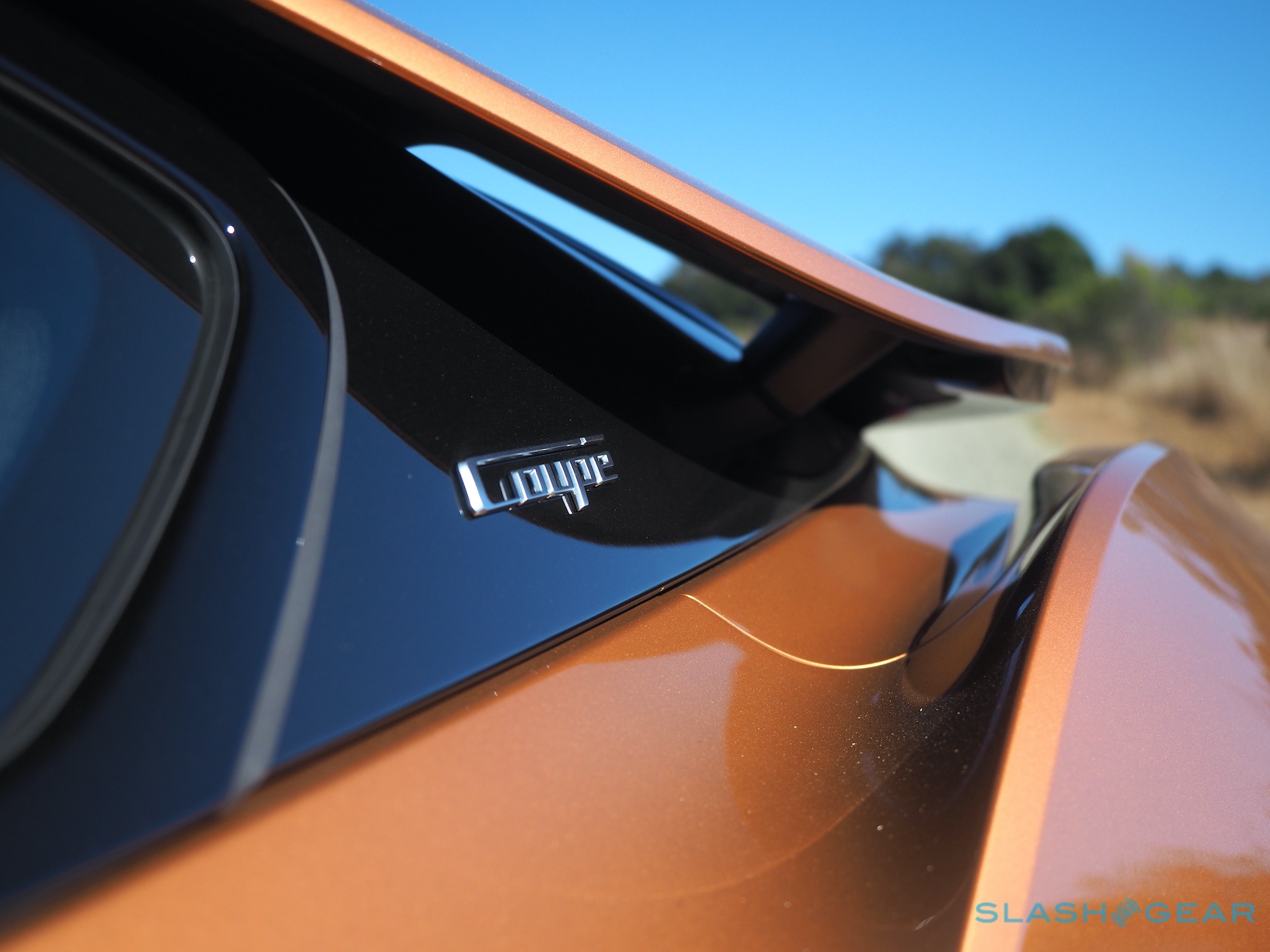 Both the i8 and the i3 are head-turning, dramatic visions of electrification. Styled to stand out; packed full to busting with clever, experimental ideas, not just in the drivetrain but across cabin design, materials, and that core question of “how does this make you feel?”

By the time it reached BMW’s more bread-and-butter line, though, the melodrama had been lost. Don’t get me wrong, BMW has some capable hybrid versions of the 3 Series, 5 Series, and other models. Their electrification, though, was eased in surreptitiously, as though the automaker was afraid that making it too obvious – whether from styling, feel at the wheel, or whatever else – would turn off its traditional audience. 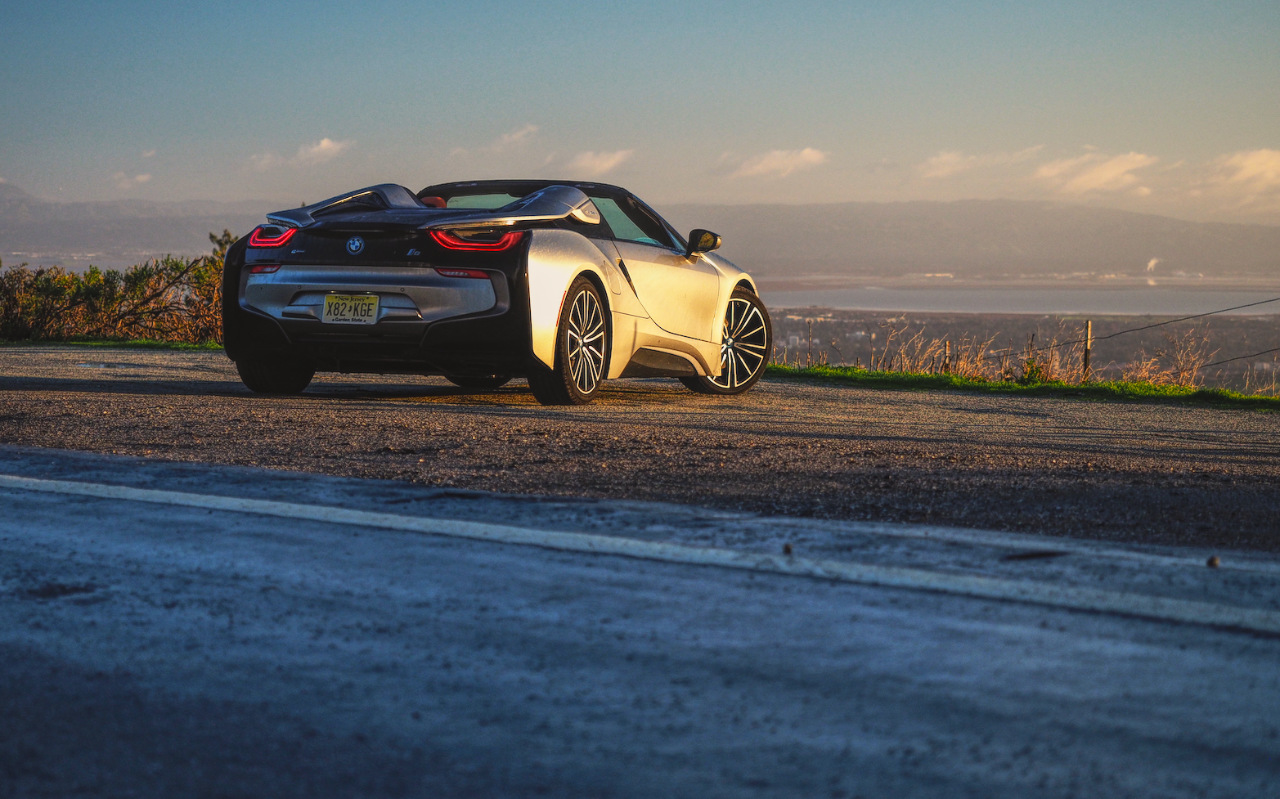 Only now does that seem to be changing. Cars like the upcoming BMW i4 sedan are already proving to be polarizing, but I think that’s a good thing. The market has moved on, and so have consumer tastes: a bland whisper of electrification now feels like self-doubt, not sensible caution.

Where does that leave the BMW i8? Trailblazer, future classic, or expensive folly ahead of its time? Probably a little of all three. It was never a perfect car, but it was an interesting one, and sometimes it feels like they’re in short supply.