A 503-horsepower crossover seems a little absurd when you think about it. After all, how quickly does one really need to get to Starbucks? However, the all-new 2020 BMW X3 M Competition and X4 M Competition are not your ordinary caffeine-bound crossovers. The engineers at BMW M are no strangers to the company’s SUVs line: they arrived on the scene in the high-caliber SUV segment with the launch of the BMW X5 M in 2009. At the time it was the most powerful SUV in the segment with 547 HP, able to beat the competition with ease.

Today, fast SUVs and crossovers are available from nearly every manufacturer. The Germans often take a different approach and hand the vehicles over to their Motorsports divisions for all the engineering tasks. For the X3 M Competition and X4 M Competition, BMW M took full control of the design and build process. 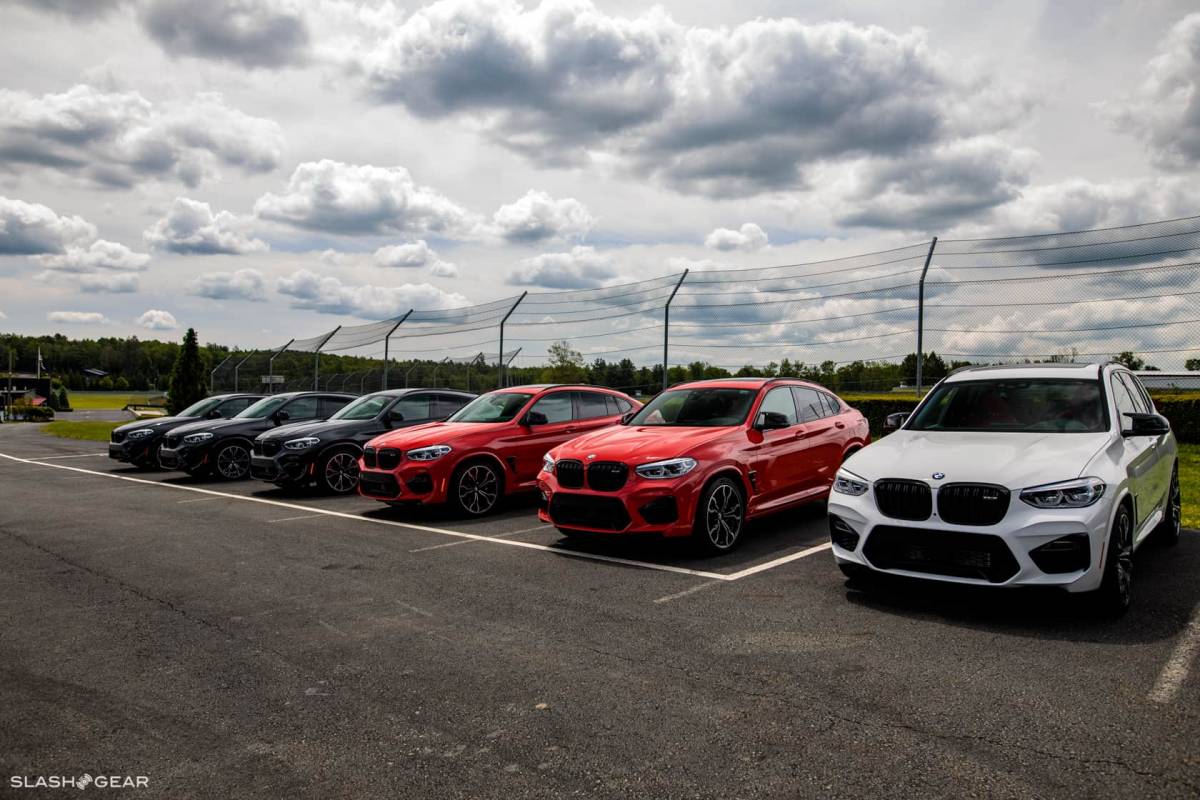 Putting the “Sport+” in SUV

It starts with the completely new 503 HP / 442 lb-ft inline-6 engine, which can propel both vehicles to 60 mph in 4.0 seconds in the Competition trim and 4.1 seconds in the M trim. This engine shares nothing with the previous generation, found in the M3/M4. The high torque drivetrain has a unique oil supply, cylinder heads, exhaust, and turbos, while the AWD system is derived from the M5 but without the ability to disconnect the front drive. The Steptronic 8-speed transmission and rear differential are also borrowed from the M5. 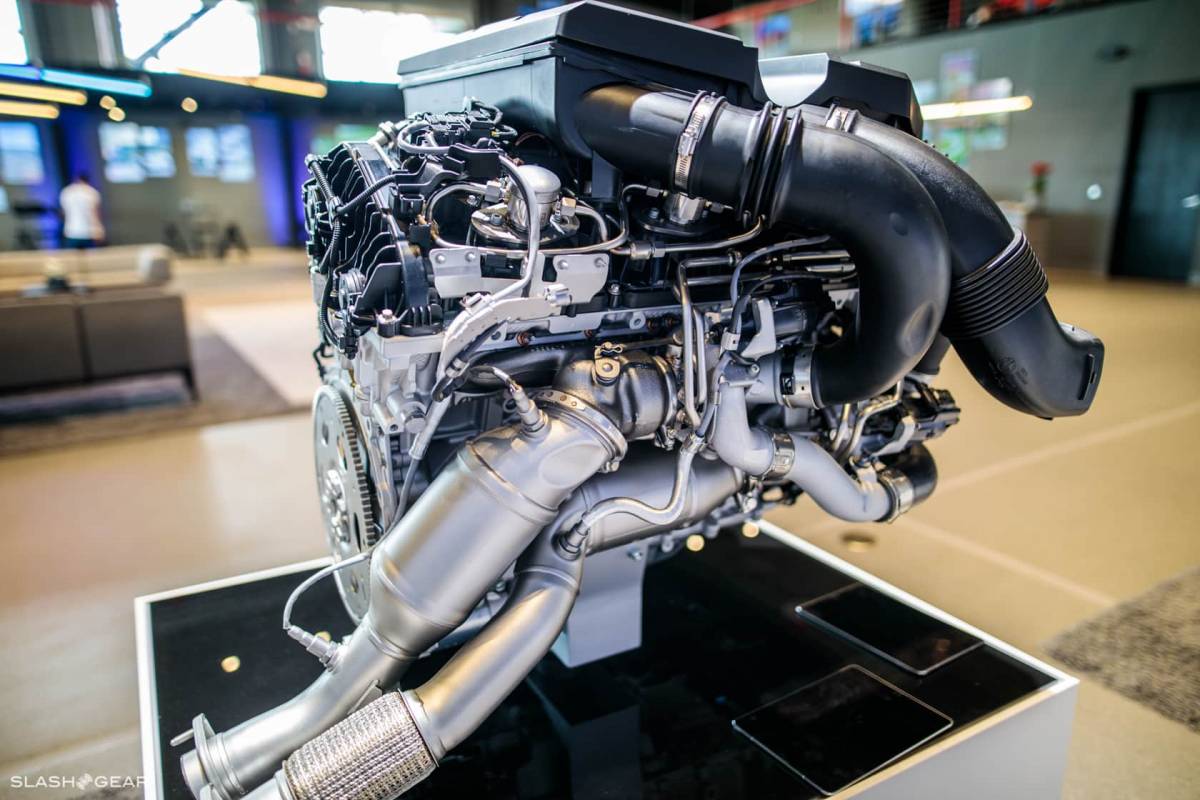 As for the chassis, the BMW M chassis engineers engineered a wide spread between comfort and Sport and Sport+ to allow the driver to adapt the vehicle to their preferred driving style. The damper force is adjusted at each wheel, and varies based on the driving conditions. At the front, the three different braces located in the engine bay allow the vehicle a high degree of driving precision.

The M Servotronic steering offers precise steering and sensitive feedback. Between the suspension and steering setup, you could feel every imperfection in the road and on the track. Honestly, I’ve never felt steering feedback like this in an SUV before. You can also adjust it across the same Comfort, Sport, and Sport+ configurations. 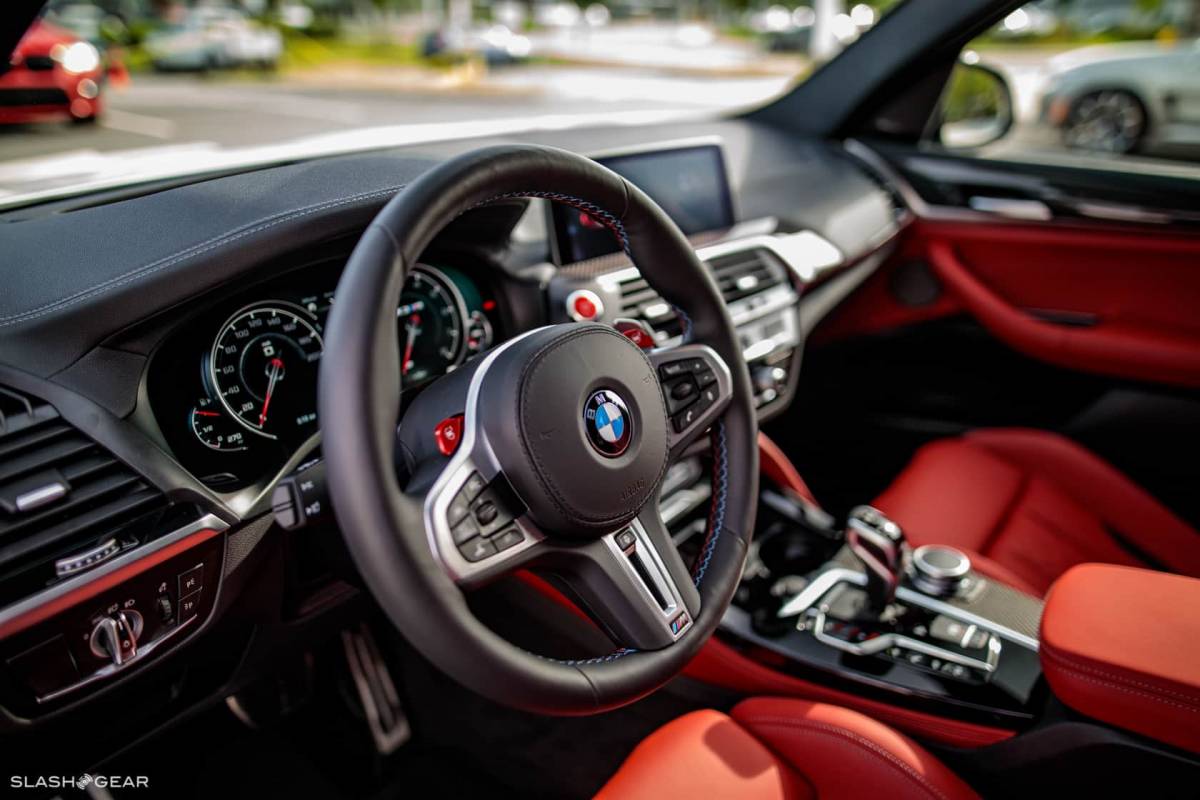 This focus on personalized setup has been expanded even further with the X4 M and X5 M. The M1 and M2 buttons on the steering wheel, for example, allow the driver to customize two preferred driving modes. The traction control (DSC), Engine, Suspension, 4WD, Steering, Exhaust note, and Shift speeds can all be modified by the driver.

I quickly learned how all this technology and horsepower play together. Sliding into the unexpectedly firm sports seat was the first clue to the real intention of this particular SUV. Pressing the start button, the X3 M Competition started with a growl and a snap, as if to announce that no, this is not your typical BMW X3. Leaving the parking lot, it was very obvious that the throttle and brakes are both incredibly responsive to the slightest input. 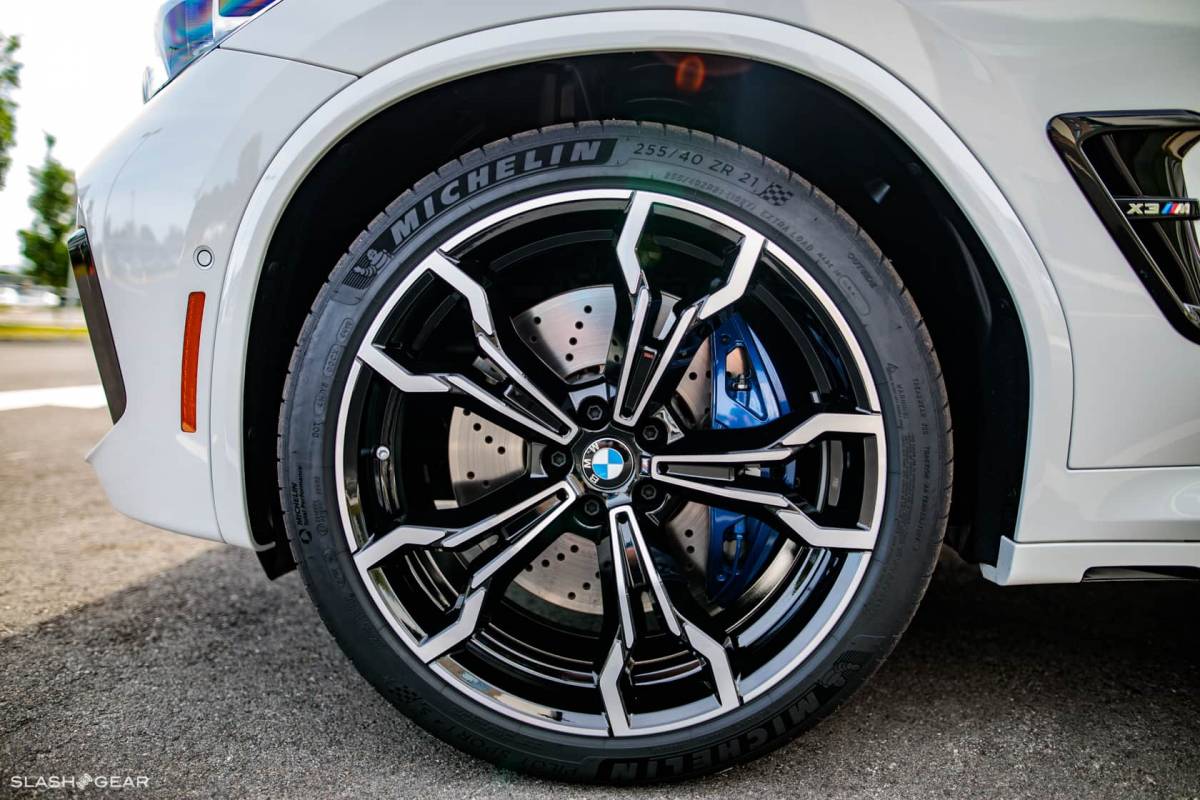 Highway pace approached at what felt like warp speed, while in Sport+ mode every uneven bit of pavement made its presence clear through the steering wheel. This is feedback from the steering and in the chassis of a sort I’ve never experienced in this class of vehicle before. Switching to Comfort softened the feedback slightly, but even then it was still very pronounced. It quickly became very apparent just how sharp of a crossover BMW has built.

SUVs made for speed, not so much for comfort

There’s a trade-off, however, for the full M experience: comfort. The seats, which are very similar to the seats found in the M3 and M4 Competition, are designed to support the driver on the track. Yet after nearly two hours of street driving, their firmness became vexing; it was reaffirmation that the X3 M and X4 M are for the most hardcore buyers, and not the entire family. 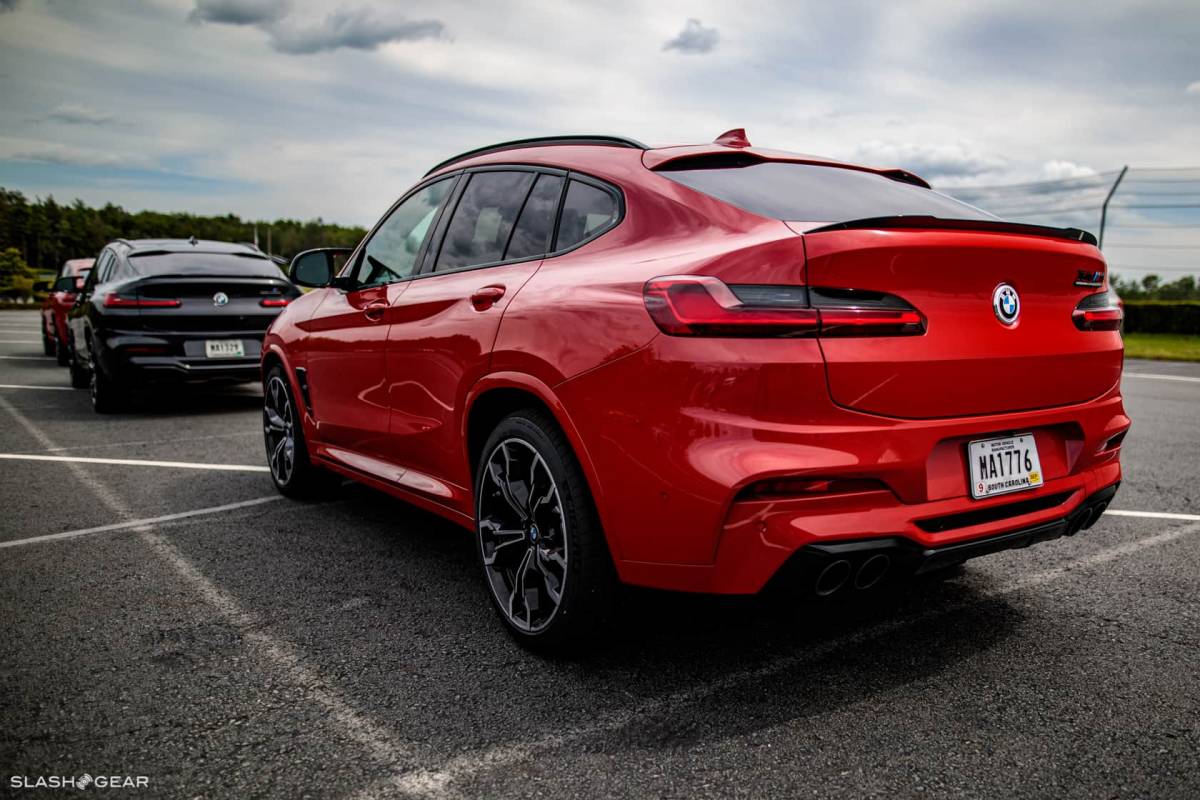 After three hours we arrived at our destination, Monticello Motor Club. We would be taking on the full 3.6-mile and 18-turn course with the X4 M Competition. With the requisite safety briefing out of the way, it was time to hop into the driver seat and, in groups of two, follow the instructor.

The track team had programmed the M1 and M2 buttons with the most optimal settings to learn the track and then take it to the edge. M1 would put the steering and suspension in Comfort, while the engine would be in Sport mode. M2 would set everything to Sport and Sport+, including the AWD system, which also dials back the traction control systems. Sport+ sets the transmission to the manual mode too, which allows you to pull right to the rev limiter: it won’t shift until you pull the paddle yourself. 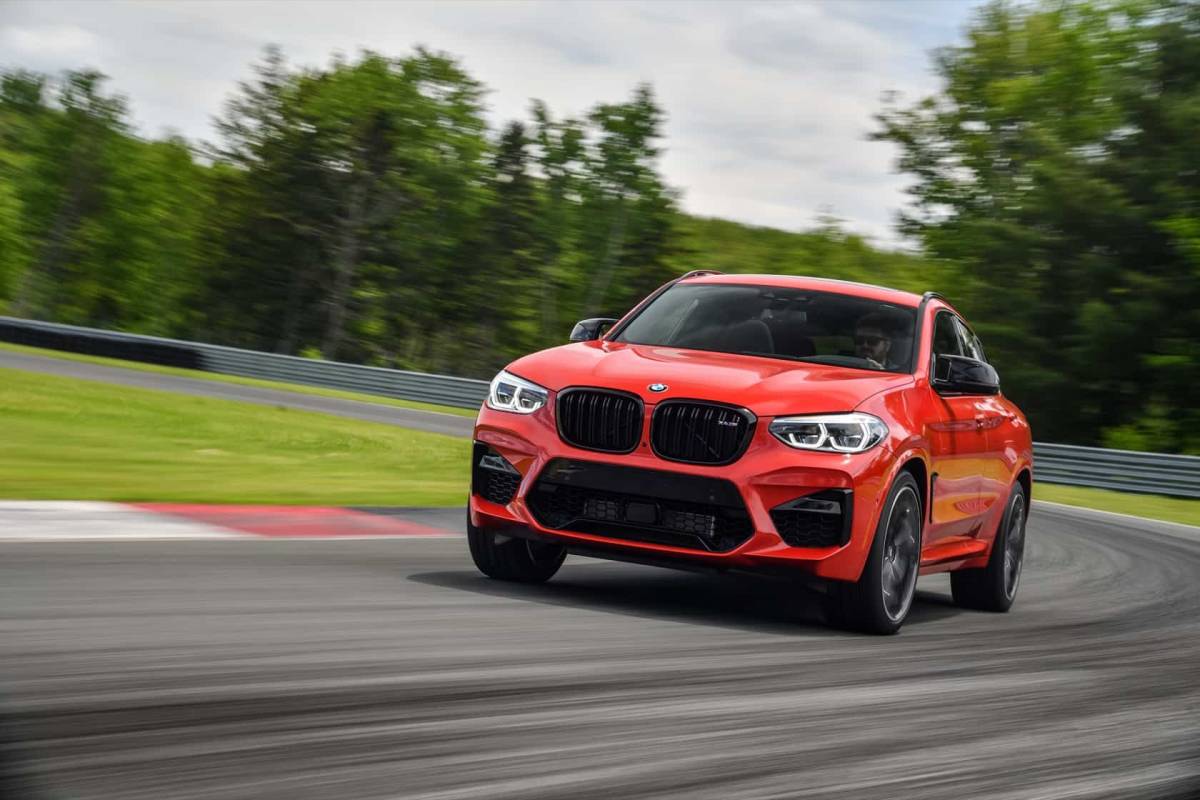 We would ease into things with a full recon lap to get a feel for the track and learn the layout. After that, it was finally time to fully wind out the X4 M Competition and see what the M engineers had in store for us. After the second lap, I had all but forgotten that I wasn’t in a sedan. The size and the weight are simply something you no longer have to worry about. The instructor was on the radio and calling out the turns and the apex to help us drive as quickly as possible. 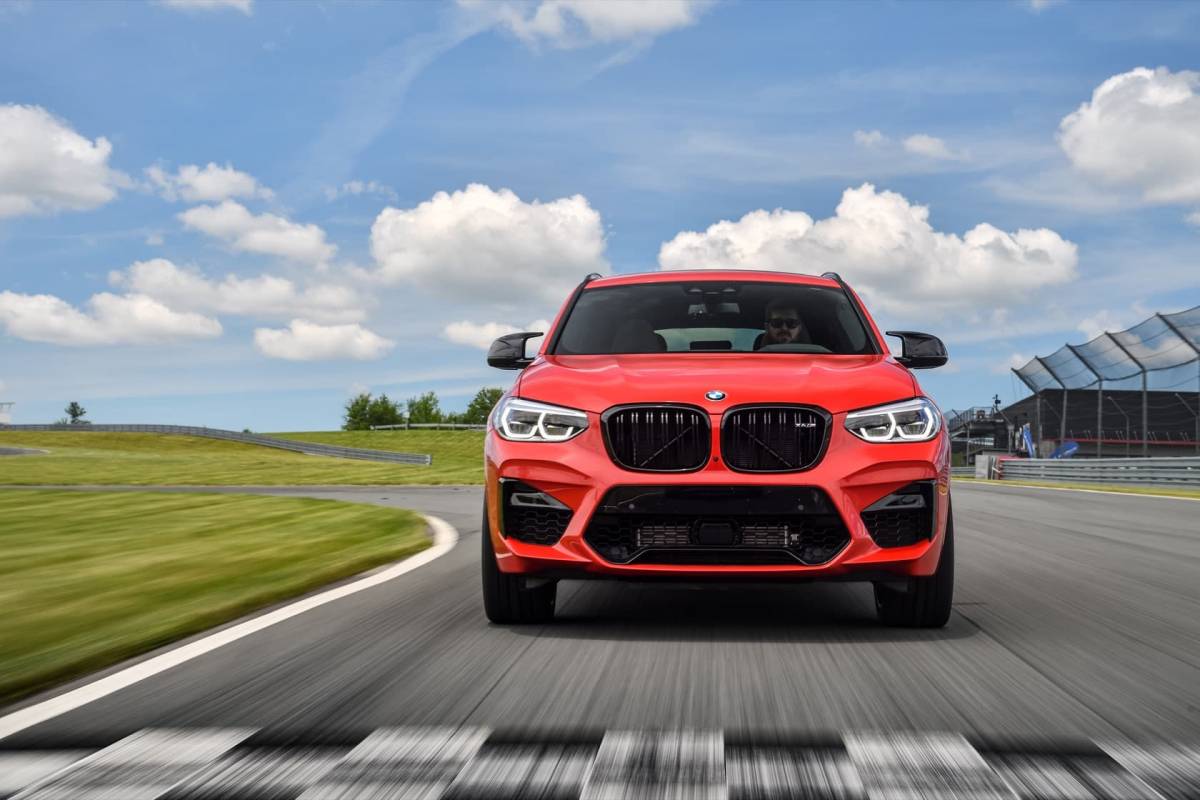 Sliding around the corners, there was no hint of body roll, and I was able to take nearly every turn flat. Entering the back straight, the speedometer quickly hit three digits, settling around the 130 mph mark before we had to slow for a tight uphill turn. That led to some very smooth curves and then to a nearly 160-degree bend, which allowed us to drift the vehicle and give it full acceleration across the section’s start and finish line. I felt myself getting faster and faster after each lap, a testament to how predictable and reassuring the X4 M Competition’s setup is.

Brakes, steering, throttle response, suspension, and AWD all worked together astonishingly well to deliver an incredible track experience. After seven laps, the engineers from BMW M didn’t ask anything special from us, other than the last lap should be slightly slower so as to allow the brakes a chance to cool down. 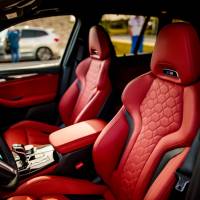 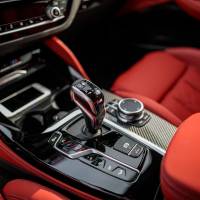 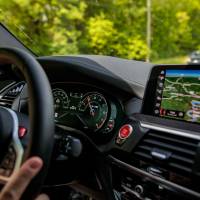 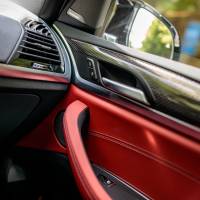 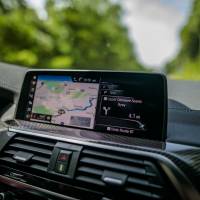 While some have criticized BMW’s naming convention as being a mouthful, I can’t help but think that a vehicle has to be good in order for the worst nitpicking to be about the badging. There seems to be a future where crossovers can join high-performance driving events, and are hosted right alongside their sedan counterparts. While the 2020 X4 M Competition may not be setting any lap records, it will surely afford the owner the occasional bout of fun on the track while still offering the cargo-carrying flexibility and all-weather utility of a crossover. 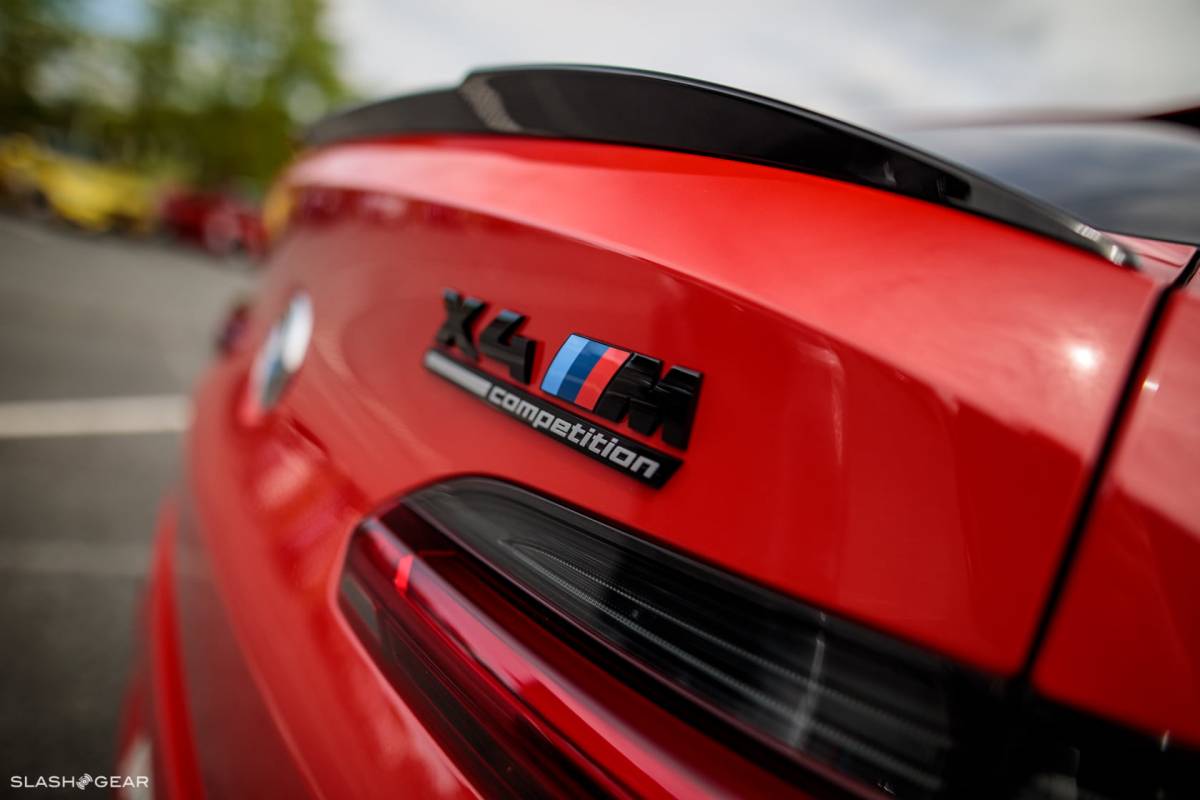 After leaving the track and getting back onto the local roads, it was great to be able to dial everything back to Comfort mode and experience the everyday side of the X4 M Competition. While the serious BMW M buyer could easily overlook the lack of comfort, it’s definitely something that will stand out for the average buyer. Overall, both the X3 M Competition and the X4 M Competition amp up everything that the standard X3 does well, while delivering the highest level of torque, handling, and fun in this high-caliber crossover segment.