Ford has done nothing new with the 2017 Ford GT, but it looks so tremendous in cherry red here at the New York Auto Show that it would be a crime not to show you. It’s been more than two years since the automaker revealed its reborn-classic, driving the all-new GT onto the stage at the Detroit Auto Show in 2015. It’s only this year that the first of the production cars will actually arrive in buyers’ garages, though.

It’s a testament to Ford’s design team – not to mention the aerodynamic work of its engineers – that the GT still looks fresh. Partly that’s down to the fact that the car’s form so clearly follows function. The rear buttresses, for example, reinforce the carbon fiber and aluminum chassis, while helping guide the flow of air over the GT, cutting drag and adding downforce. That they look incredible at the same time is almost a happy coincidence. 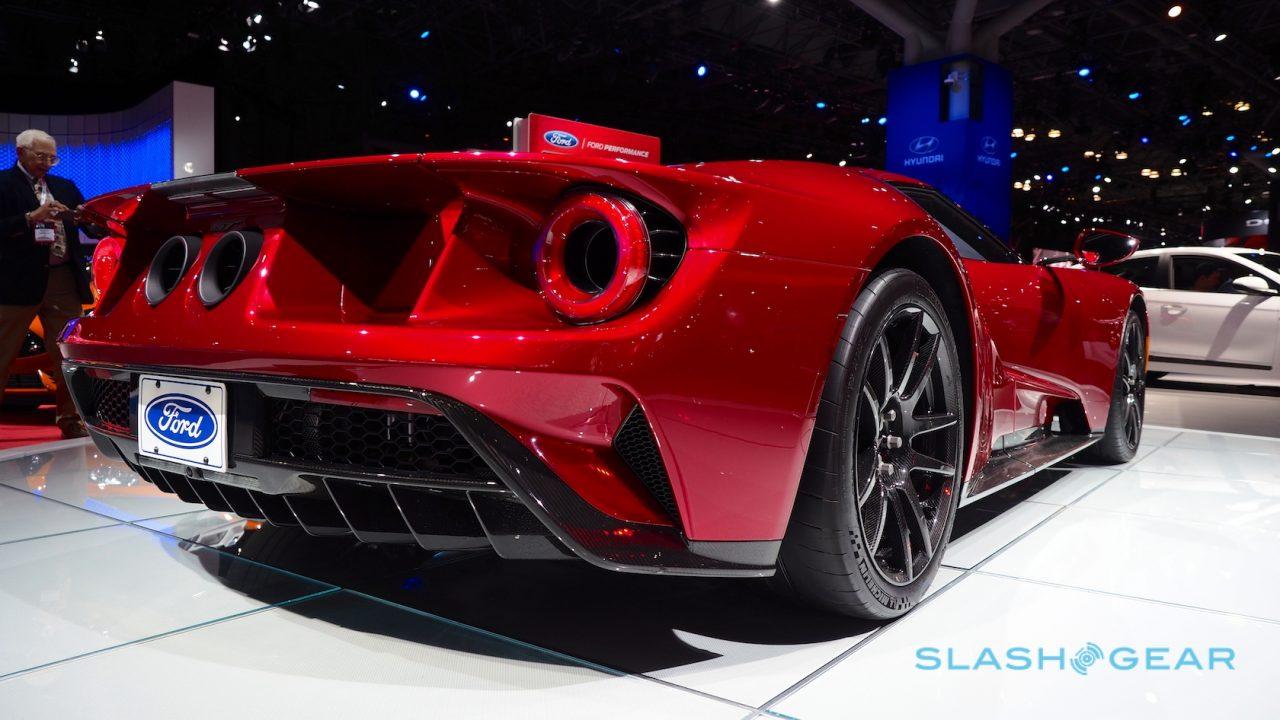 Ford’s decision to go with a 3.5-liter EcoBoost V6 frustrated the purists, who wanted a V8 like the two cars that came before it. In the end, economy and packaging forced the company’s hand: a V8 would simply have been too large to fit the design, not to mention profligate in its fuel consumption. Interestingly, while the aesthetics may have held strong since its announcement, its headline-grabbing 647 horsepower is being encroached upon by altogether less exotic machinery.

Chevrolet’s 2017 Camaro ZL1, for instance, bests it on horsepower with 650 HP. That’s despite, at under $64k, costing a fraction of what the GT will set you back. Ford’s own Mustang Shelby GT350 has 526 HP: you could buy six of them for the price of a single Ford GT, and still have cash left over. 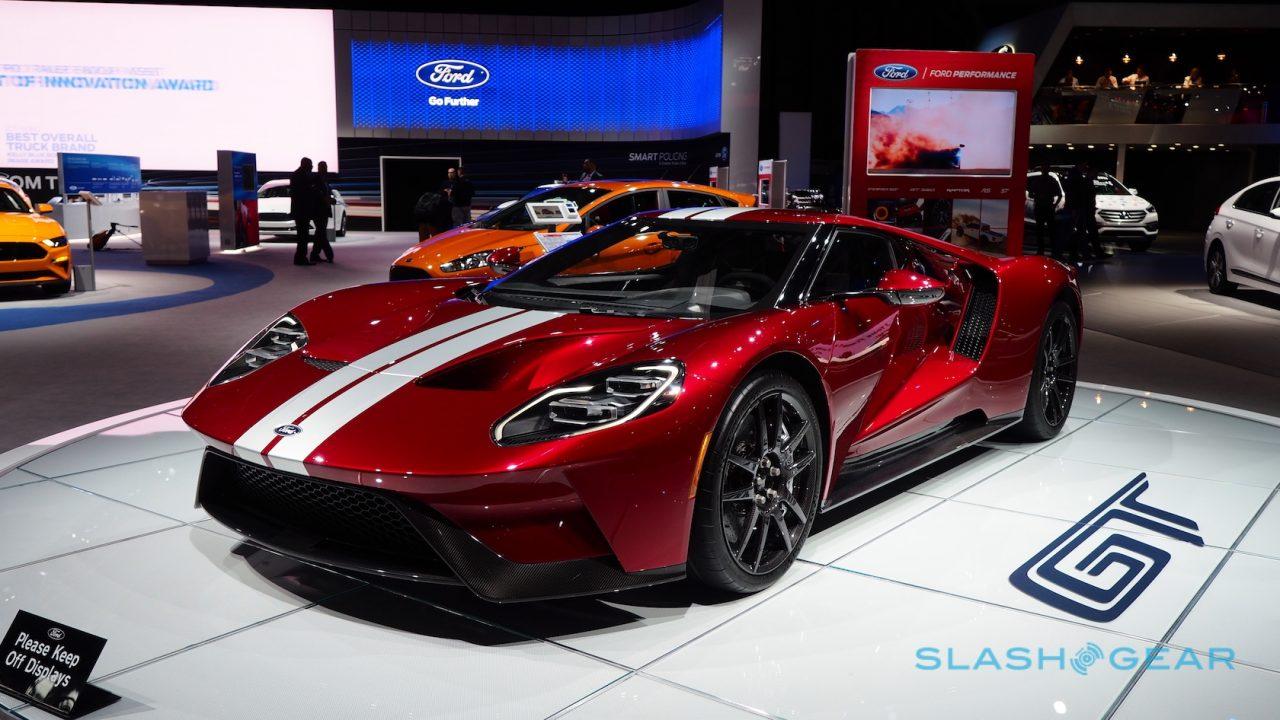 Neither has the rarity or the presence of the GT, of course, and neither will likely cling to the road with the same tenacity as the built-to-purpose supercar. There’s rarity, too, and while you may not see many Camaro or ZL1 on the street, they’re a lot more common than the tiny numbers Ford will be releasing of the GT.

What’s particularly pleasing is that this isn’t some retro folly. Unlike the 2005 Ford GT, which clung so close to the design of the GT40 original, the new car is resolutely modern in both its style and engineering. Certainly, there’s detailing which harkens back to the GT40 – the stacked LED headlights, for instance, are reminiscent of those on the original car – but there’s no tongue-in-cheek aping of what was new in the sixties. 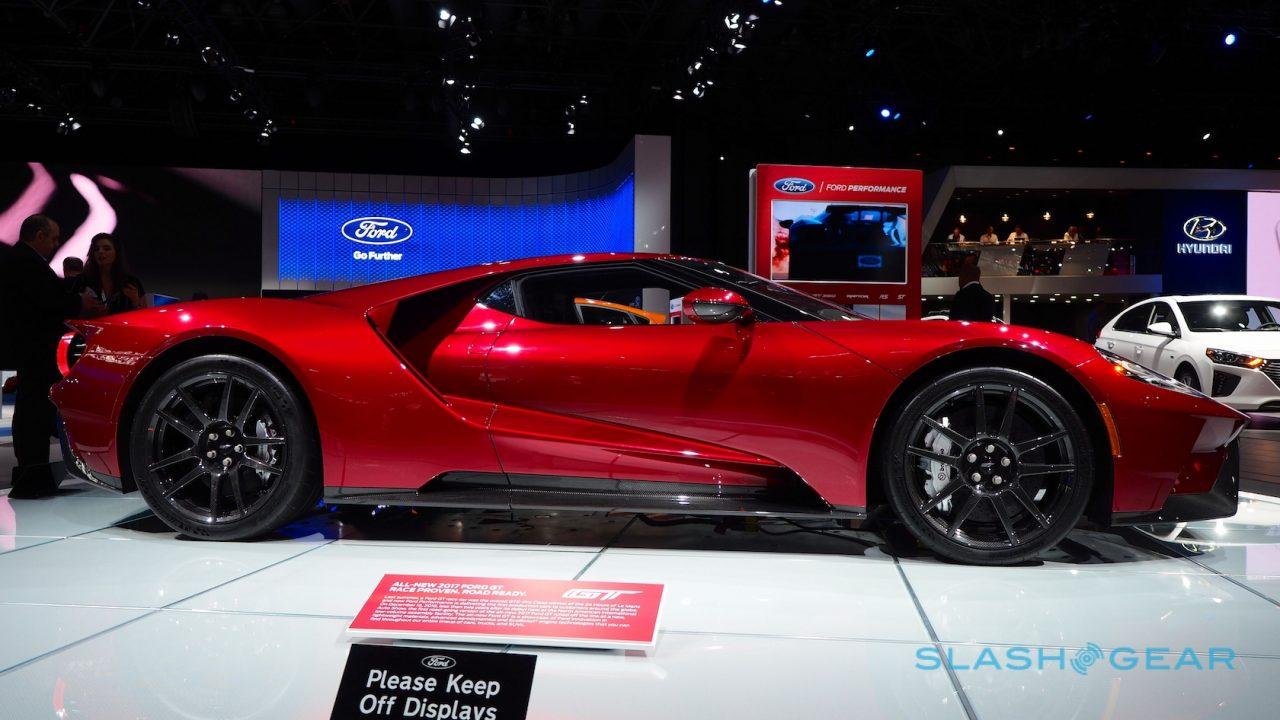 The same holds true in the cabin, where it’s modern-day racing that inspires the car’s interior. Most of the important controls are found on the steering wheel, elevated to especially tactile levels by virtue of their clean engineering. The drive mode dial resembles a metal cog that could’ve been snagged from the engine compartment; the paddle-shifters are perforated arcs like the handles of tactical knives. 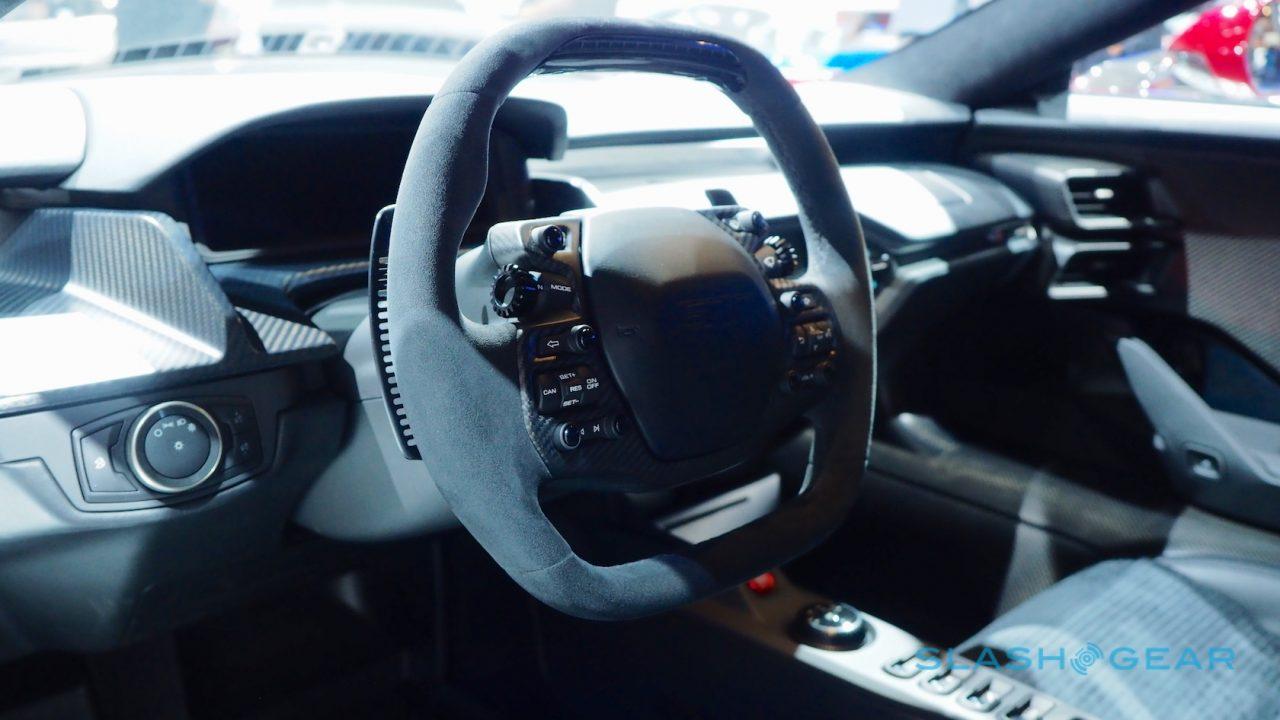 Frankly, it’s almost a surprise to see regular Ford controls show up among the bespoke, machined parts. The GT is probably the most expensive place you’ll find the Blue Oval’s rotary headlamp switch, for instance, not to mention its buttons for the door locks and electric windows. We’re saved from finding out whether Ford would have allowed Fiesta stalks onto the GT’s column by the fact that the indicator controls are now buttons on the wheel, keeping them out of the way of the paddles. 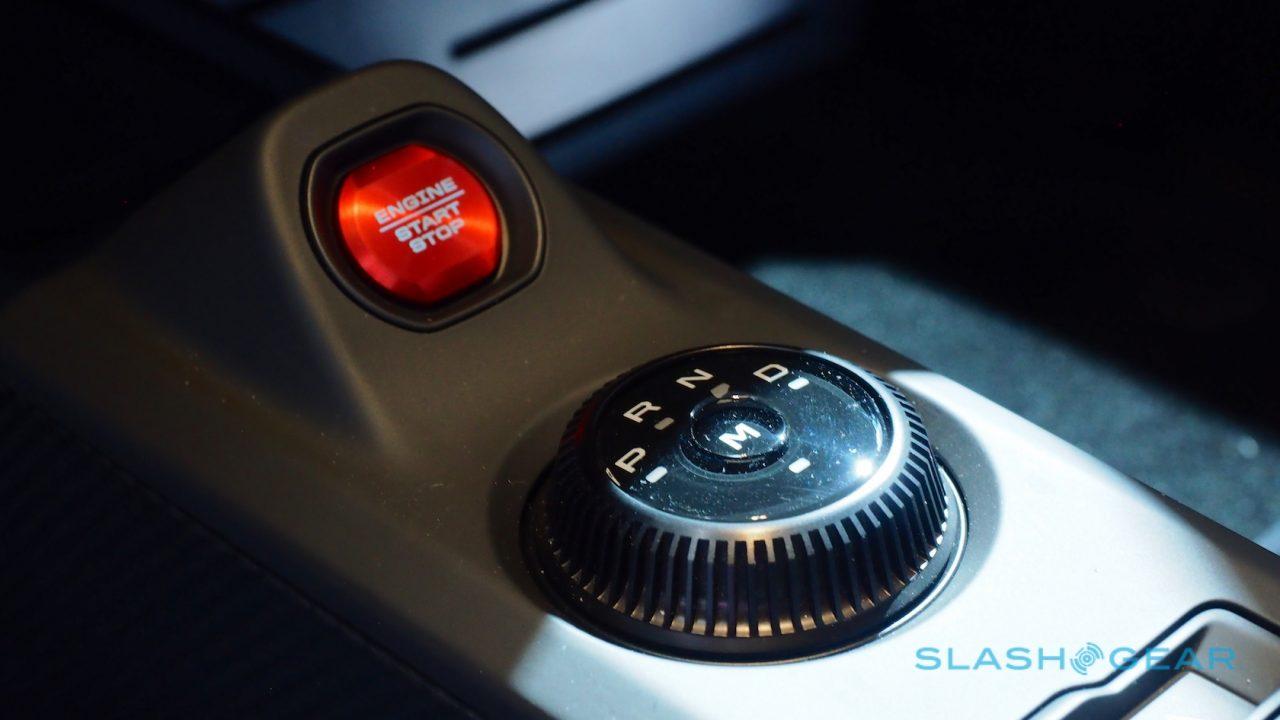 The judgement is still to come on exactly how well the 2017 GT performs on both the road and the track. For most of us, though, it’s a fairly academic thing. This is a car we’re unlikely to even see in the wild, never mind get behind the wheel of.