To this day, the 1970 Ferrari 512 S Modulo never fails to turn heads. It’s a rarer sight than spotting a unicorn or Bigfoot, but the luscious wedge-shaped supercar exists solely to inspire. Ferrari never meant to put the 512 S Modulo into production, but it was a precursor to the wedge-shaped Ferraris of the 1970s and early 80s. As such, the 512 S Modulo you’re seeing here is the only unit in existence today.

It originally debuted at the 1970 Geneva Motor Show and was Pininfarina’s weapon of choice against Bertone’s Lancia Stratos Zero – yes, we’re talking about the concept that inspired the production Stratos rally car – for the imaginary title of the best wedge-shaped car. Apparently, the Ferrari 512 S Modulo walked away with 22 international design awards, so there’s no doubt which car was the ‘king of wedges’ back then. 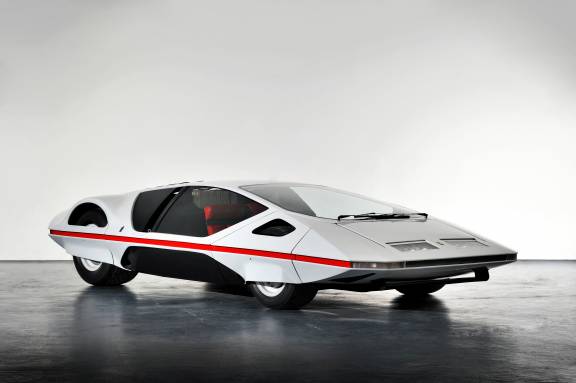 The 60s and 70s were the best times to be a car aficionado. It was a period when Mustangs, Corvettes, Chargers, Cudas, and Shelby Cobras were roaming the streets. But as the 60s approached the early 70s, European coachbuilders were veering away from humps and curves in favor of straight lines and sharp angles. It wasn’t until the 1970 Turin Motor Show, though, that Bertone came up with the definitive wedge in the form of the aforementioned Lancia Stratos Zero. But as it turns out, Pininfarina had an ace up its sleeve. 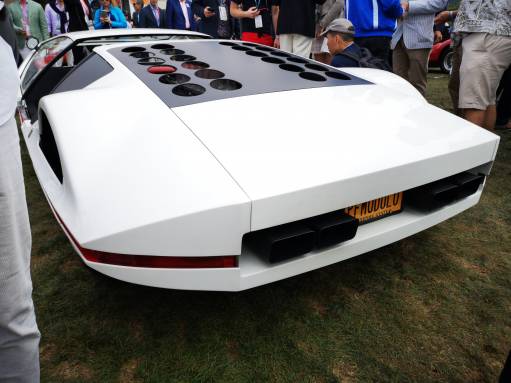 The Ferrari 512 S Modulo was designed by Paolo Martin. It had an extremely low-riding wedge body with partly covered wheels. The 512 S Modulo has no conventional doors. Instead, it has a canopy-style glass roof – like in a fighter jet – which slides elegantly forward to permit ingress and egress. It was the Jetsons in real life, and it’s nothing short of fantastic. 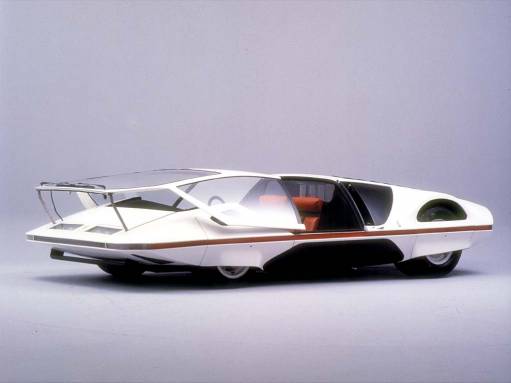 Underneath the arrow-sleek wedge design is a Ferrari 512 S Group 5 racing car. Ferrari only made 25 examples of the 512 S for the Scuderia racing team. And as it turns out, Ferrari had a spare chassis and gave it to Pininfarina to create a one-of-a-kind show car. The vehicle, based on chassis #27, rolled out of the Pininfarina design studio as the Ferrari 512 S Modulo. 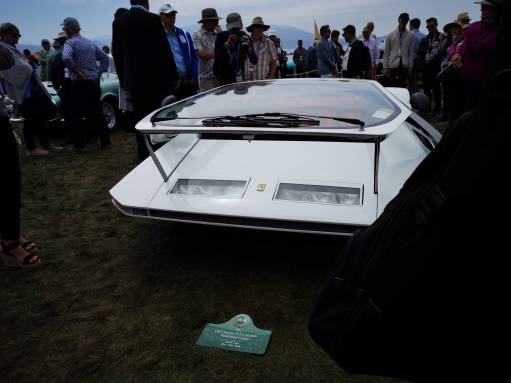 However, it entered Geneva without a running engine and transmission. But underneath its unique hole-ridden engine cover lay a 5.0-liter Ferrari V12 producing 550 horsepower. According to Ferrari, the 512 S Modulo has a top speed of 220 mph and rushes from zero to 60 mph in 3.0-seconds. 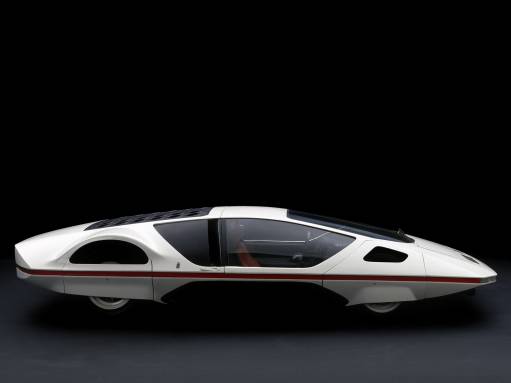 In 2014, Pininfarina sold the car to American film producer and die-hard Ferrari connoisseur James Glickenhaus for an undisclosed amount. Glickenhaus painstakingly restored the vehicle to its original condition, which includes rebuilding the engine and transmission to its original 512 S spec. After five years of work, the car made its second worldwide debut at the 2018 Concorso d’Eleganza at Villa d’Este. And this time, it had a fully-functional V12 engine. 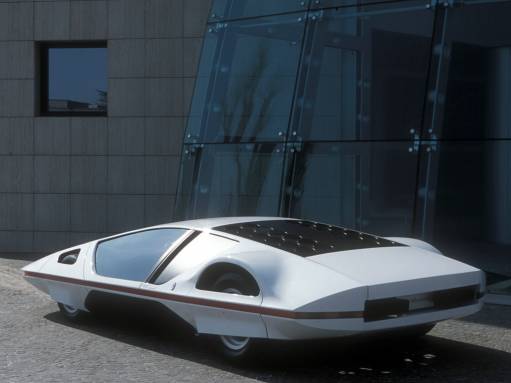 Before the Lamborghini Countach became the default bedroom poster of car-struck teenagers and garage tuners, the Ferrari 512 S Modulo was the first to tread into uncharted wedge territory. Fifty years onward, it remains way ahead of its time.