This Superperformance MKIII-R Cobra is a Shelby restomod done right

“The MKIII-R is a piece of American history,” said Lance Stander, CEO of Superperformance. “We took great care to ensure the Superperformance MK-III-R lives up to the Cobra’s iconic legacy.” 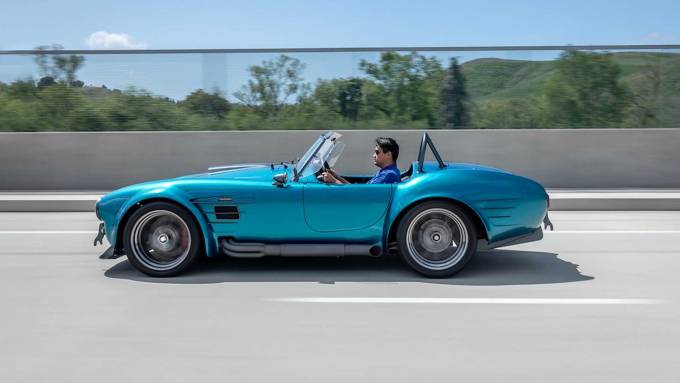 Admittedly, a large part of the Cobra’s legendary status is attributed to its marvelous V8 motor. The original Shelby Cobra was equipped with a Windsor small-block V8, and the legend continues in this Cobra restomod. If you buy this car, you have a choice between a plethora of Ford V8 motors including a 5.0-liter, 5.7-liter, 7.0-liter, or a 7.5-liter unit. All engines are connected to a Tremec 5-speed manual or a Ford 4-speed automatic.

We’re rooting for the 427 cubic-inch (7.0-liter) Roush-tuned V8. With a Holley four-barrel carburetor, this motor effortlessly churns out 520 horsepower and, more importantly, 515 pound-feet of torque at 3,700 rpm. Power is strictly routed to the rear wheels, and there’s a limited-slip differential that allows you to engage smokey donuts all day long. 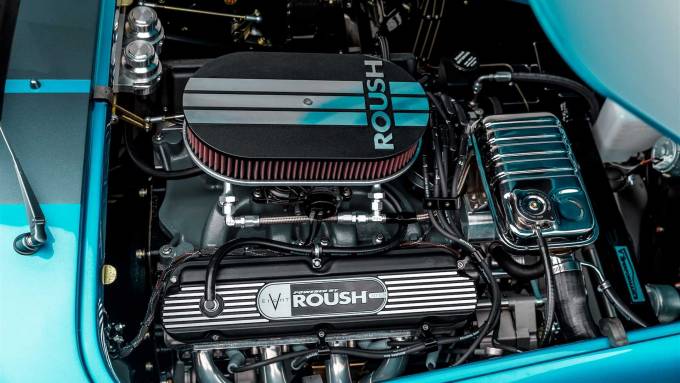 “The Superperformance MKII-R is the perfect combination of an old-school classic automobile infused with a bit of modern-day flair,” continued Stander. “With a major motion picture release last year that highlighted the Cobra, this vehicle’s popularity is at an all-time high.”

Despite the obvious similarities, there are special key points that differentiate the MKII-R from a 1960s Cobra. The fender scallops are wider and more pronounced without ruining the body shape of the original. The MKIII-R has an updated hood scoop design while the front and rear diffusers are telltale signs of restomod goodness. Rendered in an original Atlantic Blue paint job with anthracite striping, the MKII-R Cobra appeals to vintage collectors and enthusiasts both young and old. 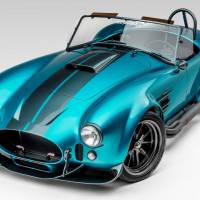 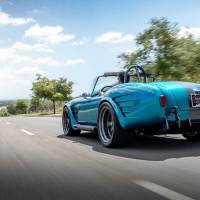 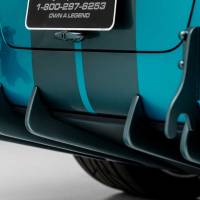 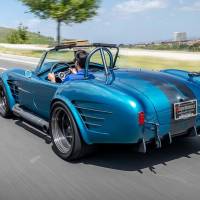 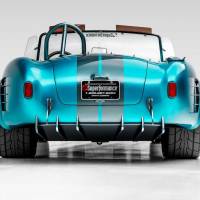 Don’t let the retro vibes fool you, though. Unlike precious vintage automobiles, the Superperformance MKIII-R Cobra wants you to have fun – lots of it. It has a jig-welded ladder frame steel chassis. In fact, around two-thirds of the steel monocoque components are about the same as in Ford’s original GT40. The frame is littered with steel tube reinforcements for added stiffness. Meanwhile, the sleek body panels are crafted from fiberglass. 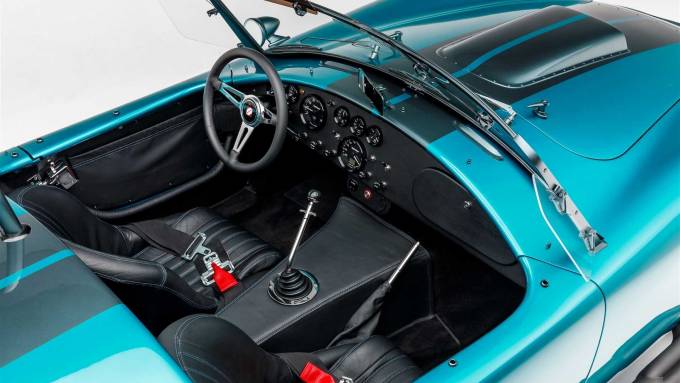 For better handling and responsiveness, Superperformance deployed a set of coilovers for the independent front and rear suspension. On the inside, the MKIII-R Cobra offers period-correct dials, buttons, and switches along with French-stitched leather seats. The vehicle also has LED headlights, power steering, and magnificent 18-inch wheels. 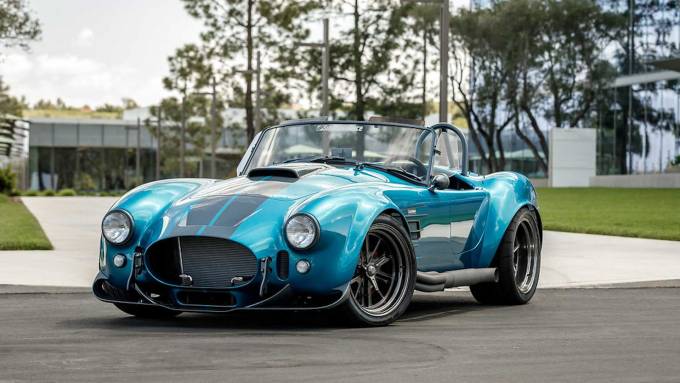 Superperformance is the only company authorized to build Cobra replicas, operating with a license issued directly by Carroll Shelby Licensing Inc. Base prices start at $79,900 for the rolling chassis alone while a Roush 427-R crate engine starts at around $15,000. Yes, this car is sold without an engine and transmission, which makes it doubly desirable, don’t you think?