The world has no shortage of rare and award-winning Ferraris, but none look so dramatic as the spaceship-on-wheels Ferrari 512S Modulo. Created back in 1970 by famed design studio Pininfarina, the memorable one-off wouldn’t look out of place on the set of 2001: A Space Odyssey. Actually getting it into the running state it finds itself today, though, might have been tougher even than making Kubrick’s classic.

The Modulo is based on a Ferrari 512S, itself a relative rarity with only 25 produced. Pininfarina designer Paolo Martin came up with a strikingly different, futuristic body that would eventually be revealed at the 1970 Geneva Motor Show. The drivetrain, however – a 5.0-liter V12 paired with a 5-speed manual transmission, which was to develop around 550 horsepower and give the car a heady 220 mph top speed – was incomplete, as Ferrari had stripped it for parts prior to the design studio taking the chassis.

The engine block was present, and visible through a cover punctuated with circular holes. However it had no internal parts, and the car had to be wheeled into place whenever it was shown.

It stayed that way, in fact, until just a few years ago. In 2014, James Glickenhaus acquired the concept car; while he may be best known as a film producer and director, Glickenhaus is also an avid car collector, with a particular fondness for Ferraris. As the owner of boutique American automaker Scuderia Cameron Glickenhaus, he also had the technical capabilities to get the Modulo up and running.

That took place just months ahead of Pebble Beach Concours d’Excellence, where the Modulo joined other priceless vehicles on the lawn in Monterey, California. Even almost five decades after the original design was revealed, it’s still an astonishing sight – and quite the attention-grabber. 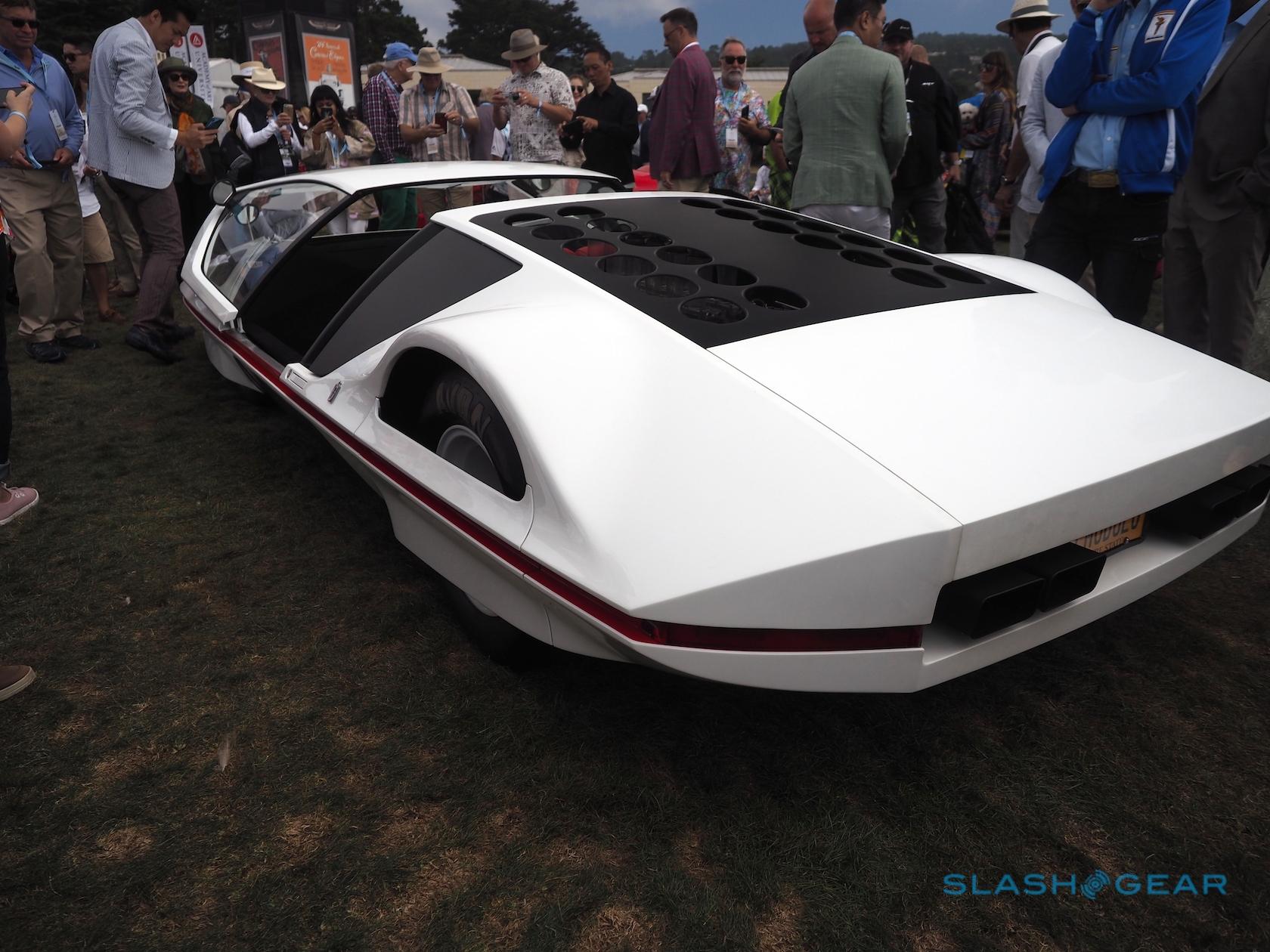 The long, low wedge shape is almost symmetrical front to back, measuring almost 15 feet in length but standing only three feet off the asphalt. The wheels are partially covered, with bulging arches at the rear and cutaways at the front. Over the top, a broad canopy roof slides up and forward to give access to the cabin. 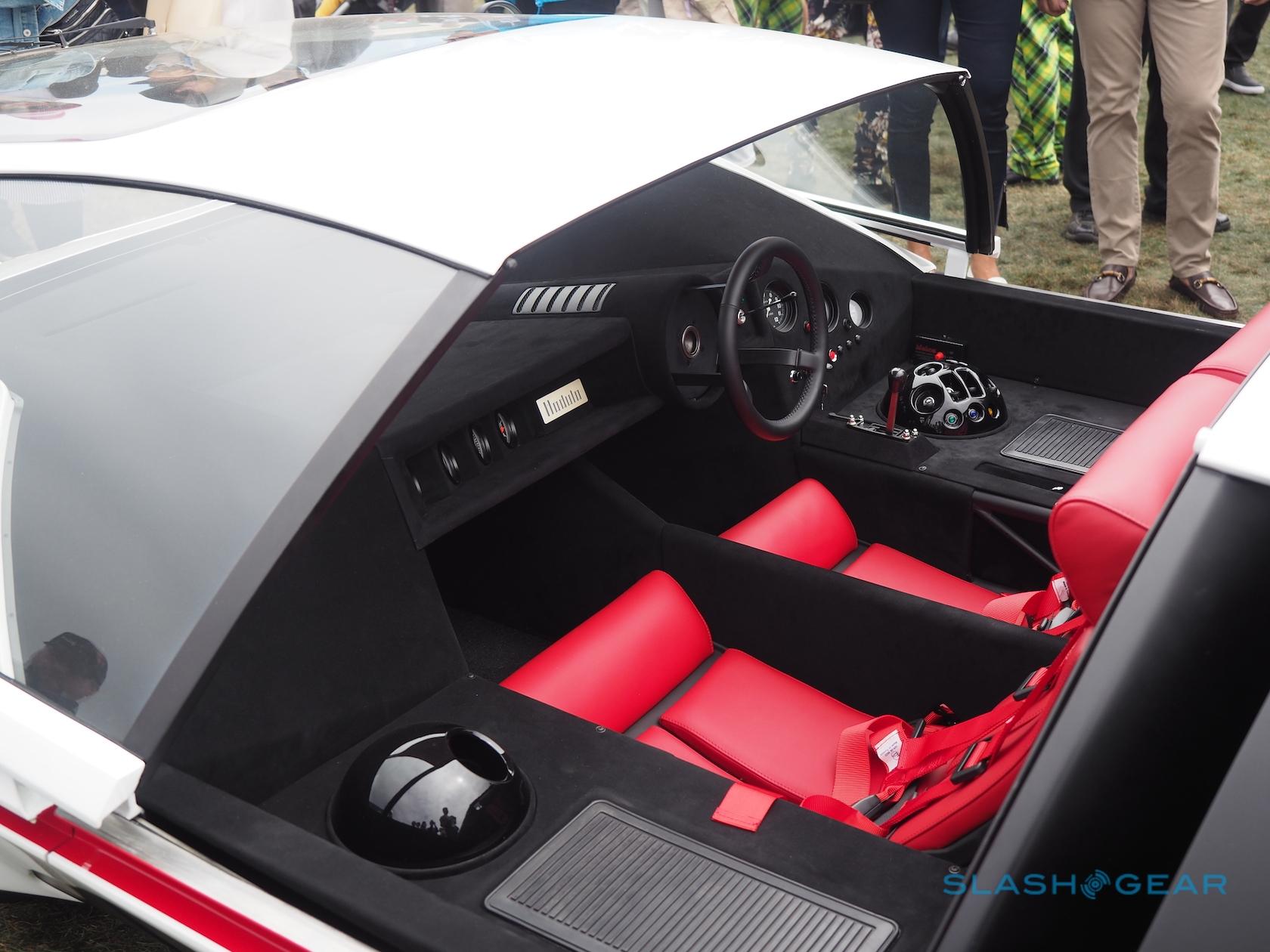 It’s no ordinary interior, either. Originally finished in white – with a contrasting black exterior – for the Geneva show, the Modulo was eventually changed to its current form: white on the outside, with a black and red interior. Martin’s design embraced the idea of modularity in the cabin, with the concept that what was normally a two-seater could be converted into a four-seater by swapping in and out different sections. 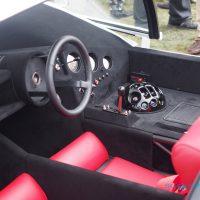 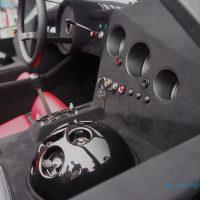 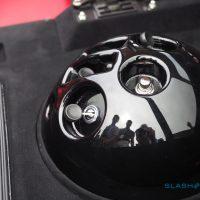 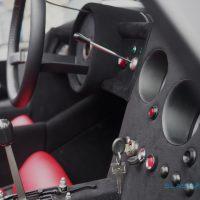 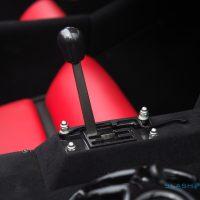 Even with just two seats, though, it’s remarkable. The hub-less steering wheel protrudes on three long struts, unadorned by controls or stalks. It’s flanked by an array of analog gages and tactile-looking switches and buttons, along with black-topped levers for the transmission and other controls. 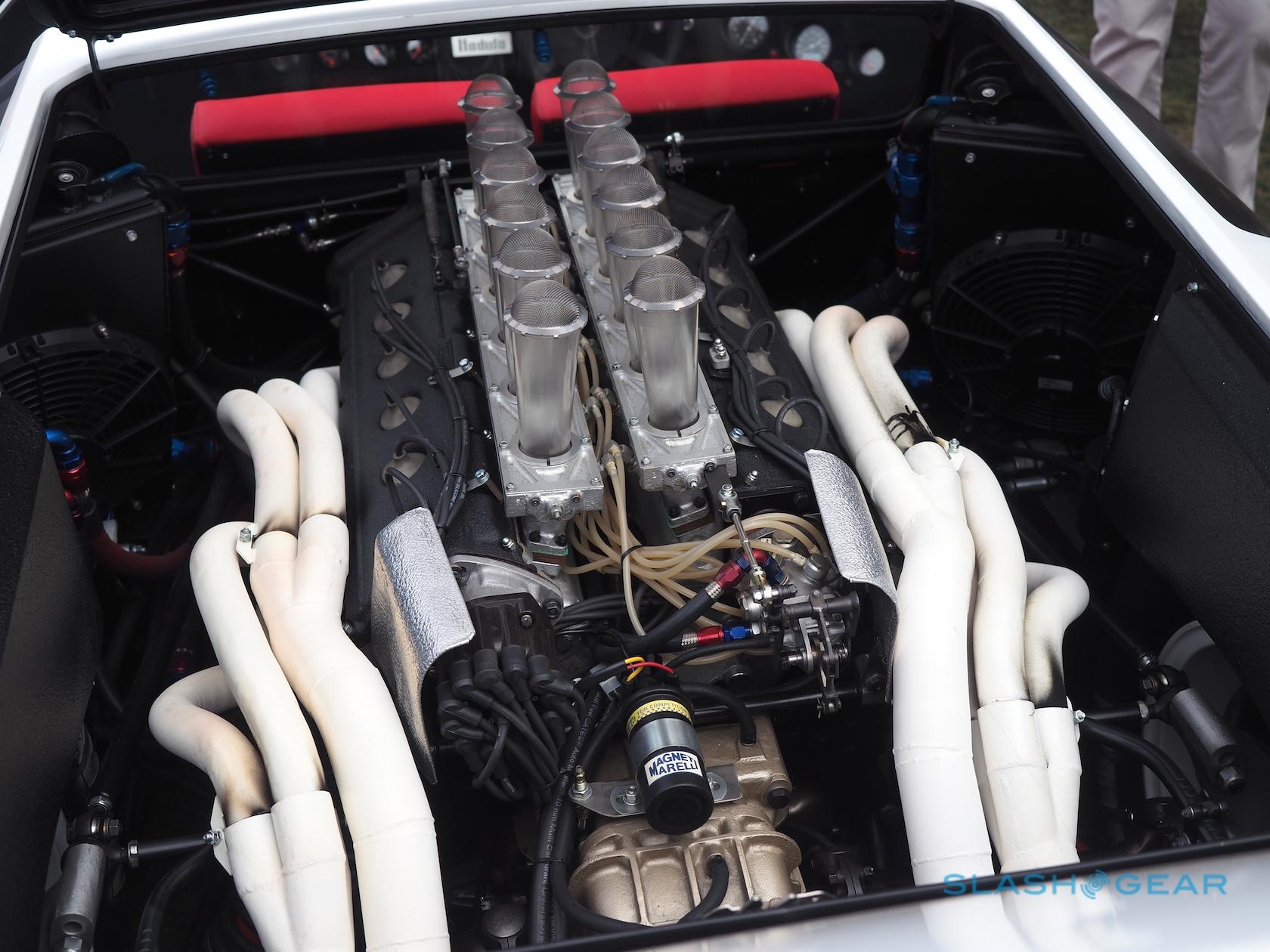 Most distinctive are the twin half-globes, which emerge from the sills like bubbles in crude oil. Molded from bowling balls, they house different controls for the HVAC system and other features. 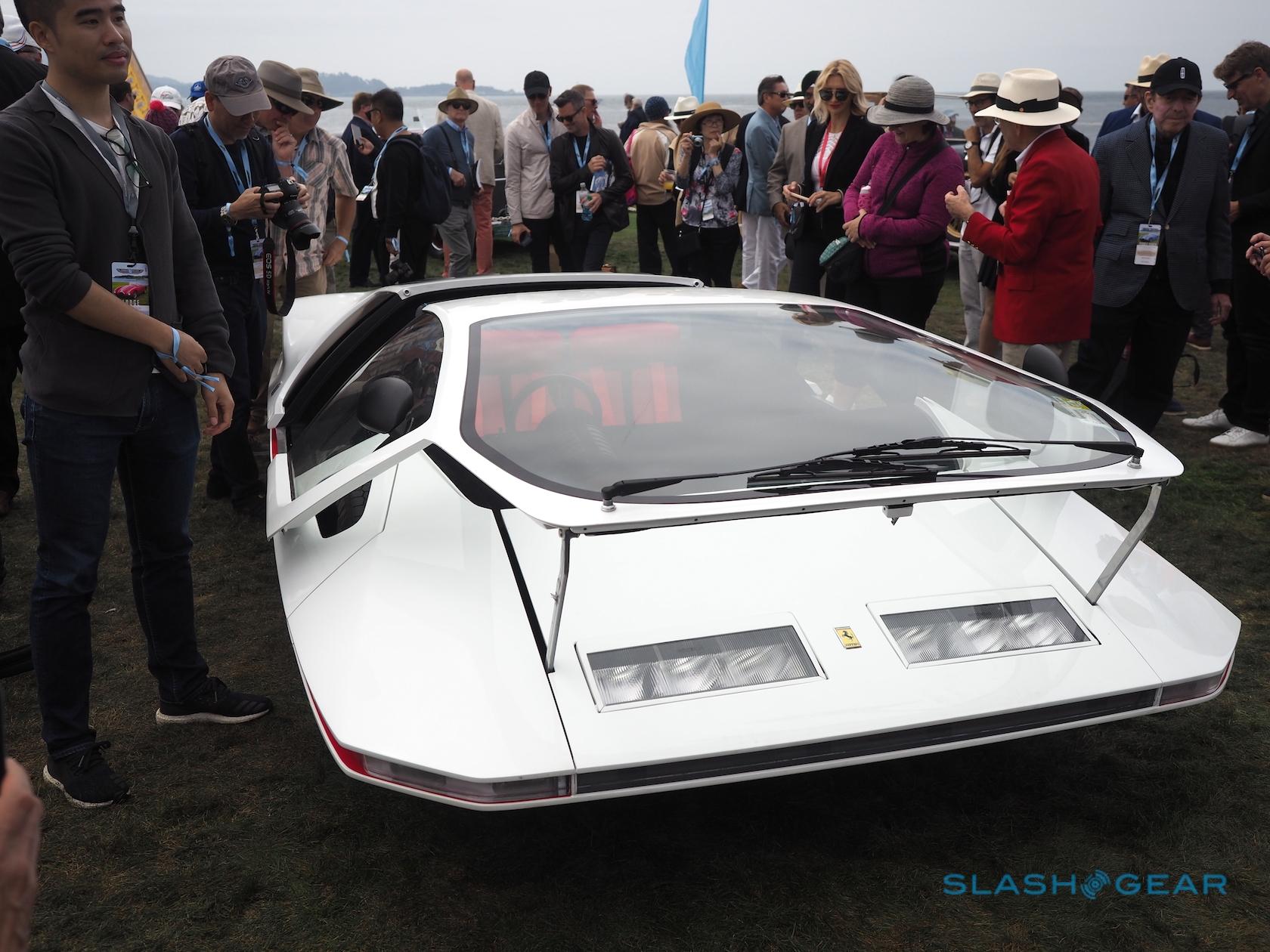 It’s been a labor of love – and quite probably an expensive one at that – but all the hard work was appropriately recognized. The Modulo wasn’t just popular among attendees at Pebble Beach: it also took the Strother MacMinn Most Elegant Sports Car award in the Elegance Awards category.