Tesla’s next product may not have an “insane mode” but the home battery pack CEO Elon Musk has revealed is in the pipeline could make more of a difference than its pricey electric sedans. Speaking during the Tesla investor call, Musk said that he expected the new batteries to be officially revealed in the “next month or two” and then hit production potentially mid-year. And, while in a performance car like the Model S P85D the idea is to get the power from the batteries to the road as swiftly as possible, the real merit of Tesla’s home battery packs will be in how they can hoard electricity.

That’s currently the missing piece of most domestic green energy systems. While solar panels and wind turbines can power a home, and even feed excess energy back into the main grid for a corresponding cut in your monthly energy bill, it’s very much a real-time process.

What that means is that, even if you’re producing far more power from environmentally-friendly methods than you need during the day, it’s so far been incredibly difficult to stockpile that power for use, say, overnight.

Tesla’s battery ambitions would fill that gap, providing a way to efficiently store energy from renewable sources, which could then be dipped into at a later point. For instance, your home could be creating power while you’re away at work and then use that to recharge your Tesla car when you return, possibly even automatically plugging itself in. 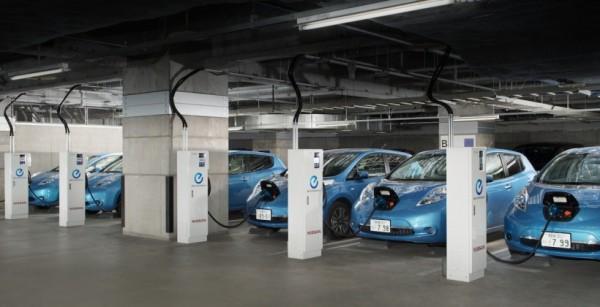 Musk isn’t the first to look to EV technology as potential pieces of the home power puzzle. Nissan, for instance, was talking about turning the Leaf EV into a domestic power source all the way back in 2012, and then subsequently built on that “Leaf to Home” project with a counterpart that saw businesses offset their electricity use by tapping into power from employees’ cars.

More recently, Toyota’s 2016 Mirai can be used as a mobile generator, the hydrogen-powered fuel cell having an outlet in the trunk that can run “the essentials” in a home for roughly a week on a tank of the gas.

Startup Gogoro, meanwhile, has developed interchangeable battery pods that, although initially intended to power electric city scooters, could one day be used for domestic purposes.

Tesla is currently in talks with utilities about the infrastructure and technologies required for the batteries to work, and there’s no word on how much they might cost once they hit retail. The power packs will presumably eventually be made alongside their counterparts for Tesla cars at the company’s work-in-progress “Gigafactory”, expected to come online in 2016.