It would appear that Sony’s notoriously unlucky streak of leaking the ins and outs of the smartphone known as the Xperia Z1 have reached their height with no less than a full press release leak just one day before it’s scheduled to go live. Straight from Xperia Blog comes this gush of information (the screenshot of which we’ll not be sharing simply because it’s the same info we’re about to recount) including a Sony G Lens on the back of this smartphone with 27mm wide angle and bright F2.0 aperture. The camera on this device (on the back, again,) also works with a 1/2.3-inch 20.7MP Exmor RSCMOS image sensor – so you know you’re going to be meaning business when this device is snapping shots.

This device will be delivered with a 5-inch display with 1080 x 1980 pixel resolution and TFT IPS LCD technology. Under the hood you’ve got a Qualcomm Snapdragon 800 MSM8974 quad-core processor with 2.2GHz clock speed and Adreno 330 GPU. You’ll also have 2GB of RAM, 16GB of internal storage, and a microSD card slot for an additional 32GB of space. The battery on this device has a capacity of 3000mAh.

This release (leaked though it was) lets it be known that there’s a suite of Xperia camera apps released built-in to the device. These include the lovely Info-eye for searching the web for objects you can see, AR effect, Social Live for sharing, and Timeshift burst for capturing photos rapidly.

This device will also be shipped with a variety of accessories – optional, the lot of them – including the soon-to-be-revealed-officially QX10 and QX100 “Lens-Style” cameras. There’s also a Smartphone Tripod SPA-MK20M coming as well as a Smart Imaging Stand IPT-DS10M, not to mention a Bluetooth Music Receiver and the Miracast Wireless Display dongle IM10 – which might also be this device. 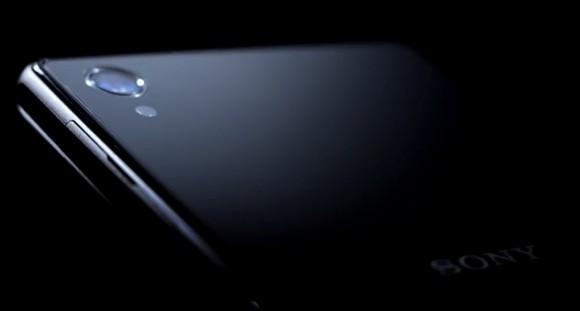 The Sony Xperia Z1 is shown here to work with waterproofing – or rather water resistant abilities more hardcore than the Xperia Z. While the Xperia Z works with IP55/IP57 protection, the Z1 is tagged with IP55/IP58 – so it’s got dust resistance as well. Stay tuned as we get our hands on this device this week at IFA 2013!