Samsung tipped to lean towards Microsoft after Apple trial

A report today suggests that Samsung is doing two things after their Apple trial verdict left them in an irritable legal situation: speaking with carriers and shaking hands with Microsoft. This report comes from The Korea Times where they suggest that Samsung will be partnering closely with Microsoft in the near future to cut their dependency on Google’s mobile operating system Android. This report should be taken with a grain of salt, of course, since Android runs the vast majority of Samsung’s wildly popular mobile line of devices.

According to what the Korean Times notes is an official from Samsung’s telecommunications division, “Samsung has been in talks with major U.S. carriers to jointly develop modified design technology. This will be effective, though we can’t unveil more details for the time being.” This of course means that Samsung will update the software they’ve got on devices affected by their recent court case with Apple. They’re also hoping to avoid any and all sale bans on their devices in the United States (and abroad, too, but most notably inside the USA.)

You’ll notice this week that Samsung has released a couple of devices running Microsoft’s newest mobile operating system Windows Phone 8 as well as their tablet-based PC software Windows RT. Have a peek at our Samsung ATIV Tab hands-on as well as our Samsung ATIV S original announcement to see what these devices are all about. The ATIV S has not yet been shown off with Windows Phone 8 running on it, but will be out very soon – it’s also the first Windows Phone 8 device to be officially announced for the market – that’s big news! 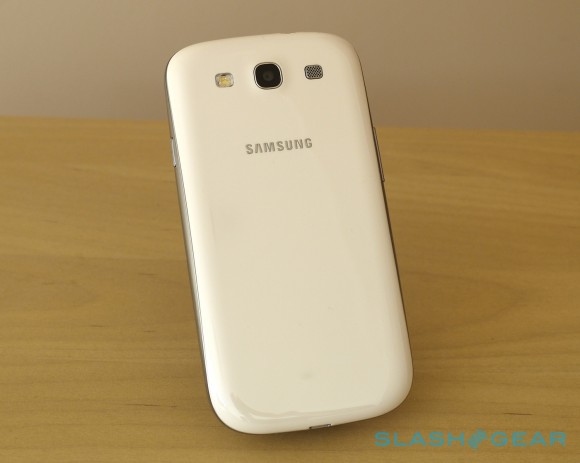 Samsung also spoke up at IFA 2012 on the situation via their CEO who noted:”“Regardless of any hindrance, we will continue to provide the best product in the industry”” Another comment recently appeared coming from Samsung on the possible banning of their devices in the USA as well: “We will take all necessary measures to ensure the availability of our products on the U.S. market.”

Have a peek at recent post-trial events in the timeline below and let us know what you think Samsung should do with their US-based mobile device lineup at this time. It’s not going to be a pretty picture for them when it comes to legal battles with Apple from here on out, that’s for certain – but they’re resilient!