Rolls-Royce is keeping busy lately, notably by unveiling the new eighth-generation Phantom for 2018, but the luxury car maker is continuing to make progress on its upcoming SUV, the Cullinan. A new series of spy photos have turned up, offering the first look at the Cullinan since the prototype shown back in December. With a debut coming sometime in 2018, it looks like Rolls-Royce’s first “all-terrain, high-sided vehicle” will soon be ready to challenge the rest of the luxury SUVs on the market.

The camouflaging does little to hide the signature Rolls-Royce grille and headlights in these latest photos from Motor Authority, but they also offer a decent look at the Cullinan’s side and rear as it drives along a closed track and European roads. It’s also clear the SUV is borrowing heavily from the latest Phantom’s design, not to mention the car maker’s new aluminum space-frame architecture underneath. 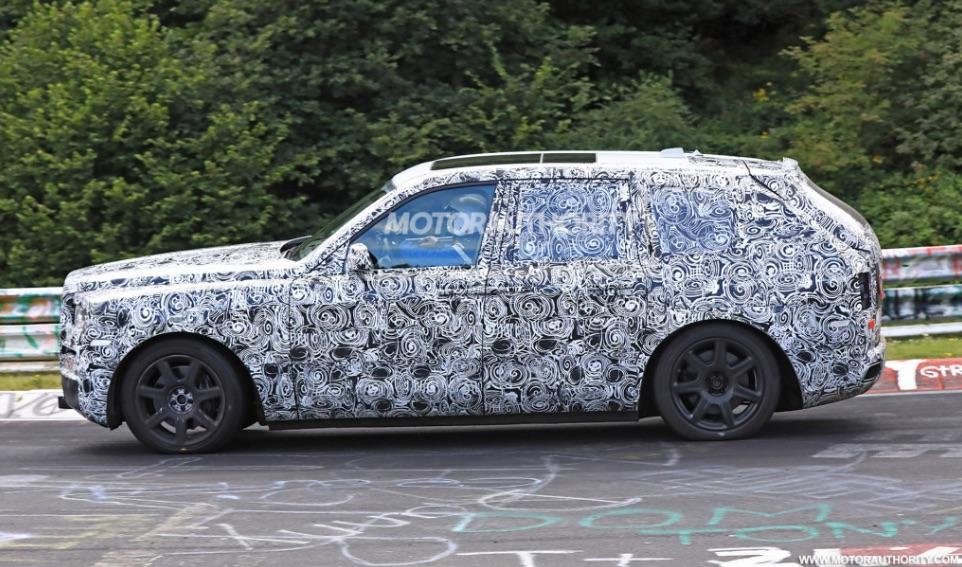 Back when Rolls-Royce first confirmed it was going ahead with the Cullinan project, it said it was developing the SUV’s underpinnings to be used on all its vehicles starting from 2018. This means that the Cullinan seen here shares its platform with the recently revealed Phantom, albeit with a shorter and higher ride. 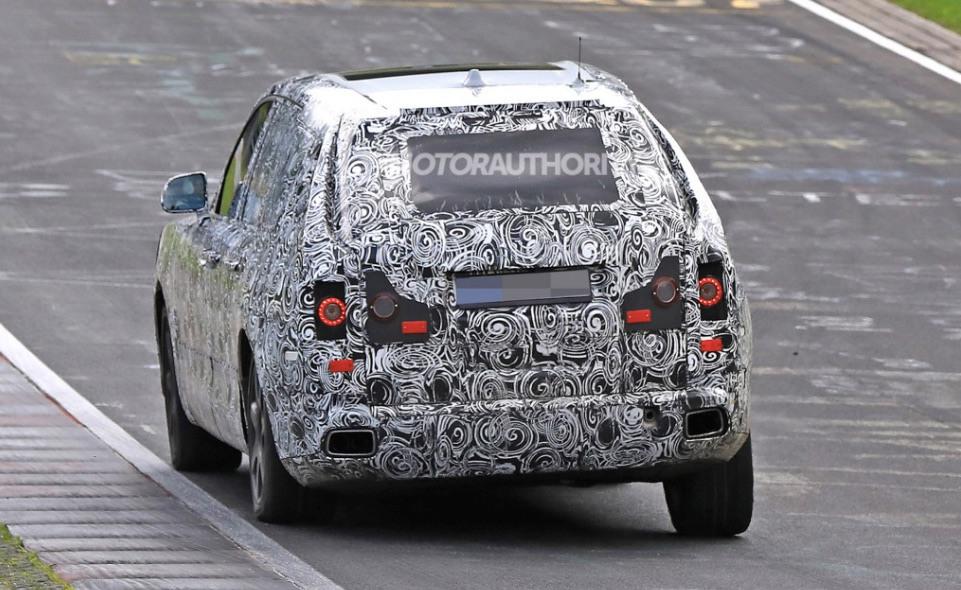 Of course, if the Cullinan wants to challenge Bentley’s Bentayga for space in millionaires’ garages, it needs an engine to impress. That’s where the Phantom’s 6.75-liter twin-turbocharged V-12 will come in, delivering a similar 563 hp and 664 lb-feet of torque experience.