A new Rolls-Royce is something special, but a new Rolls-Royce Phantom is something rare. Having debuted back in 1925, until now only seven generations of car have borne the nameplate. Now, with the arrival of the new 2018 Phantom, there’s an eighth generation, and it promises to be the most luxurious, the most powerful, and the most cosseting of any to-date.

There’s no mistaking it for anything else, though the design is completely new versus the outgoing Phantom. It sits upon a completely fresh platform that Rolls-Royce is calling “Architecture of Luxury”: all-aluminum, it’s roughly 30-percent stiffer than the old car, as well as lighter. It’ll be the spaceframe that all the future cars from the automaker are based upon.

According to the company, it’s more flexible than any other platform from more mundane automakers. Rather than a simple monocoque, it’s designed to scale to any size or type of car the future plans may call for, including accepting different engine, traction, and control systems. Indeed, it’ll be the basis for the upcoming Project Cullinan SUV, and later on the next Ghost, Wraith, and Dawn.

For the new Phantom, it’s paired with air suspension and new chassis control systems for the traditional “Magic Carpet” ride the automaker is known for. That uses body and wheel acceleration, steering input, and even the view from the car’s cameras to figure out the millions of suspension setting calculations made every second. A new double-wishbone front axle and 5-link rear axle help with lateral roll and shear forces, paired with all-wheel steering. A stereo camera system – which Rolls-Royce have named the “Flagbearer” in reference to the old requirement of a red-flag carrying servant walking ahead of the earliest cars – tracks the road ahead to preemptively adjust the suspension at speeds up to 62 mph. 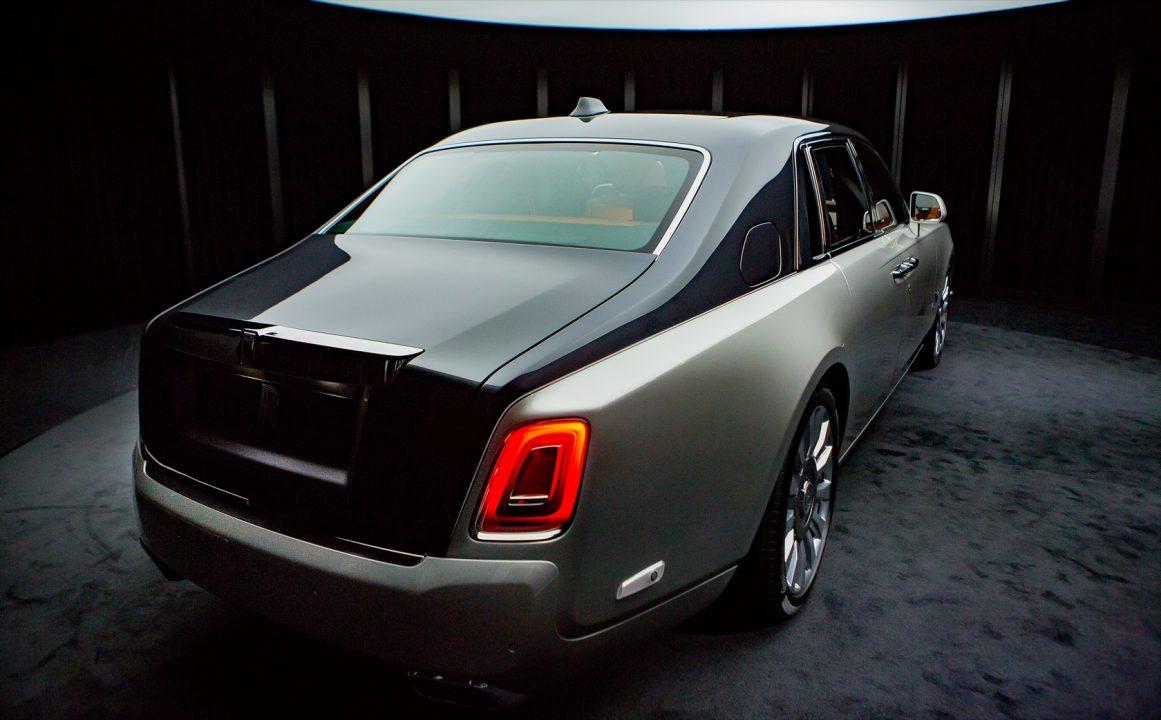 On top of this new platform is an all-new design. Borrowing from the striking 103EX concept last year, like the spaceframe it’s constructed from aluminum, with Rolls-Royce using especially tight join-lines to make the whole thing look like it’s carved from a single block of metal. Nobody, meanwhile, will mistake that metal for any other marque.

At the front, the Pantheon grille has been raised higher than on the outgoing car, leaving the Spirit of Ecstasy a half-inch taller. Rather than standing proud of the bodywork, though, the hand-polished stainless steel grille is integrated into the bodywork, flanked with new laser headlamps that promise light projected almost 2,000 feet down the road ahead. More stainless steel appears on the hood, blending up into the windshield surround. 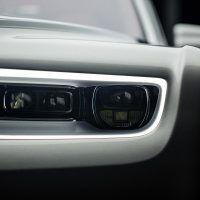 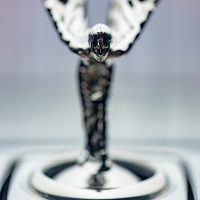 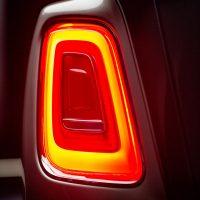 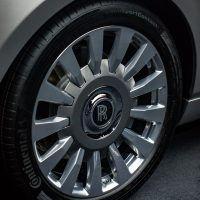 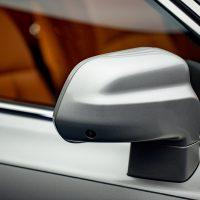 From the side, classic features like the privacy-shielding wide C-pillar are retained, but there’s now a softer feel courtesy of the new side-finisher. The rear glass is more sharply raked than before, while the tail tapers more distinctly. The rear lamps get integrated Double-RR badges. Wheels up to 22-inches are offered.

Once upon a time, Rolls-Royce didn’t discuss power figures, preferring only to say that its cars had “sufficient” grunt for any driver. Times change, but while the 2018 Phantom’s numbers may be public, what hasn’t altered is that the figures are huge. Blame a new 6.75-liter twin-turbo V12 for that.

It’s good for 563 horsepower and 664 lb-ft. of torque, the latter arriving at a low 1,700 rpm. A ZF 8-speed gearbox is linked to satellite-aided transmission software, that looks to the road ahead to select the most appropriate gear in advance. Top speed is an electronically-limited 155 mph, and 0-62 mph comes in 5.3 seconds; not bad for a car weighing 5,862 pounds in short wheelbase form.

Not that you’ll really hear that engine. Aiming for the title of “most silent motor car in the world,” the engineers added more than 286 pounds of sound insulation, and spec’d 6mm two-layer glazing for all the glasswork. Double-skin alloy on areas within the floor and bulkhead of the new spaceframe are new to the auto segment, and then heavy foam and felt are inserted between those layers. 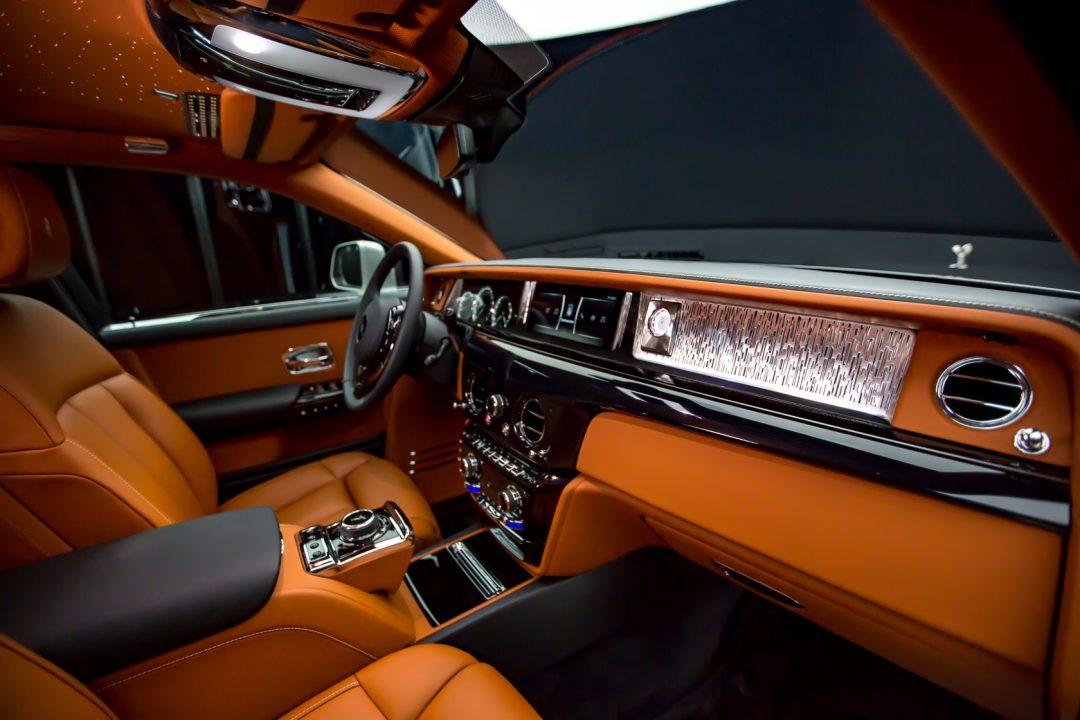 Meanwhile, new Silent-Seal tires get an extra foam layer inside to cut noise from the internal cavity. The result, Rolls-Royce says, is a car so quiet the acoustic engineer went away to double-check his equipment. It’s roughly 10-percent quieter than the old Phantom at 62 mph.

The power-doors close automatically, both front and rear, and in the cabin there’s no shortage of luxury. A huge Starlight Headliner puts LED pinpricks of light overhead, and there’s a vast selection of different wood veneers that can be selected for the door interiors, center consoles, dashboard, and picnic tables. Power-operated rear tables and displays motor out of the back of the new, hand-sculpted seats. Rolls-Royce will offer lounge, individual, individual with fixed center console, and a new “Sleeping Seat” options for the rear. 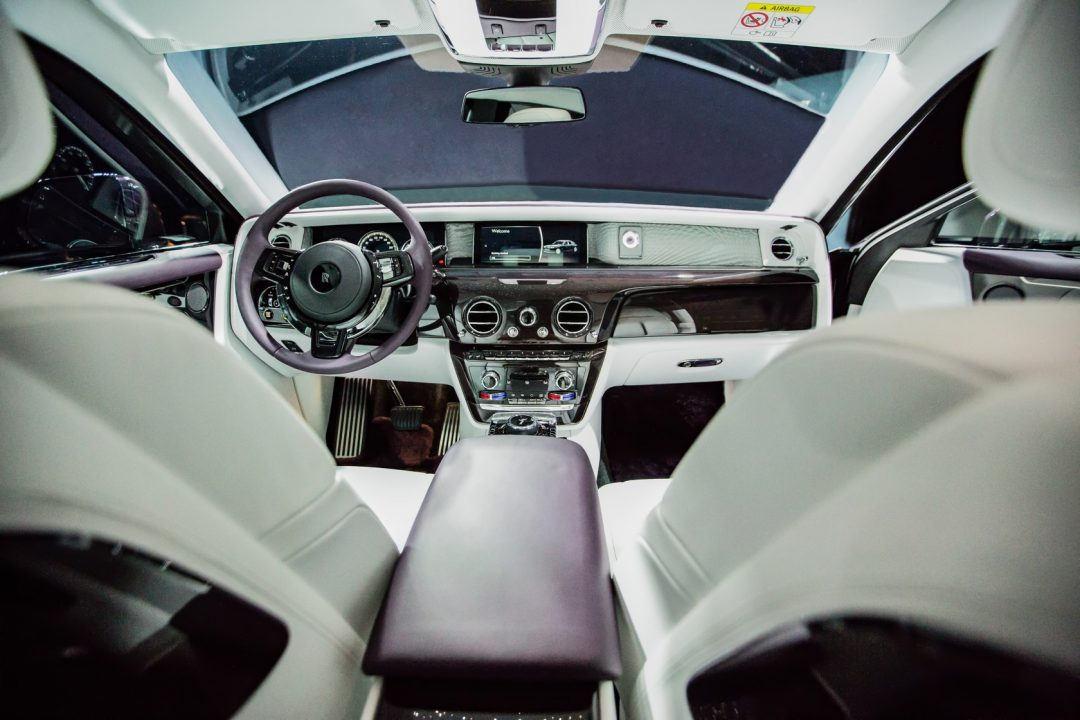 On the tech side, there’s a 360-degree camera view, night vision, active cruise control, a WiFi hotspot, and all the active safety you’d expect from a modern luxury vehicle. The dashboard embeds all the instrumentation into a sheet of toughened glass the automaker is calling The Gallery. Speed and such are shown on a 12.3-inch color display, and there’s an analog clock and a retractable center LCD. 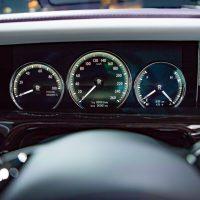 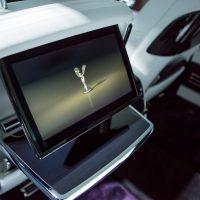 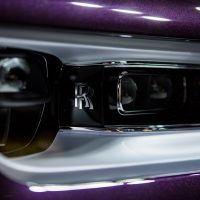 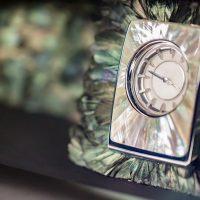 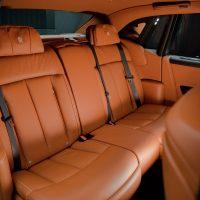 The Gallery really is a gallery, mind. The dashboard can play host to a bespoke piece of art, with Rolls-Royce working with a number of designers and artists on projects including porcelain roses, oil paintings, or even gold-plated 3D maps of the owner’s DNA. Alternatively, you can have an artist of your choice create something, or opt for silk, wood, metal, or leather.

How much will all this cost you? Pricing is yet to be confirmed, but the 2018 Phantom will not be a cheap vehicle – even before you start personalizing and customizing it. The first orders will begin production in August, with deliveries starting toward the end of the year.