The French automaker Renault and Miami-based design studio TheArsenale have collaborated to create the Air4, an actual flying car based on the legendary Renault 4L hatchback sold from 1961 to 1992. The Air4 is more than just a design study as it celebrates the 60th anniversary of Renault’s people’s car. Furthermore, Air4 is TheArsenale’s first car from the studio’s Road to Air division that envisions the future of private transport.

“This collaboration with TheArsenale was a natural fit,” said Arnaud Belloni, Renault Brand Global Marketing Director. “The flying showcar Air4 is something unseen yet and a wink to how this icon could look like in another 60 years.” Renault is no stranger to restomods, but the Air4 is taking it to new and unprecedented heights – literally.

Ever since the Wright brothers invented and flew the world’s first motor-operated airplane at Kitty Hawk, North Carolina, in 1903 (presided by the first-ever motorcar of Wilhelm Maybach for Daimler-Mercedes in 1901), man has had an insatiable thirst for launching motorcars to the sky. American motorcycling and aviation pioneer Glen Curtiss came up with the Autoplane in 1917, humanity’s first attempt at building a flying car or “roadable aircraft.”

The Curtiss Autoplane (shown above) came with an aluminum body shaped like the Ford Model T and the tri-wing assembly of a Curtiss Model L trainer aircraft. It never lifted off the ground despite having a four-blade propeller and a 100-horsepower V8 aero engine – the best it was able to do was hop off the ground briefly, which meant it needed a whole lot of runway to display its sub-aerobatic skills. 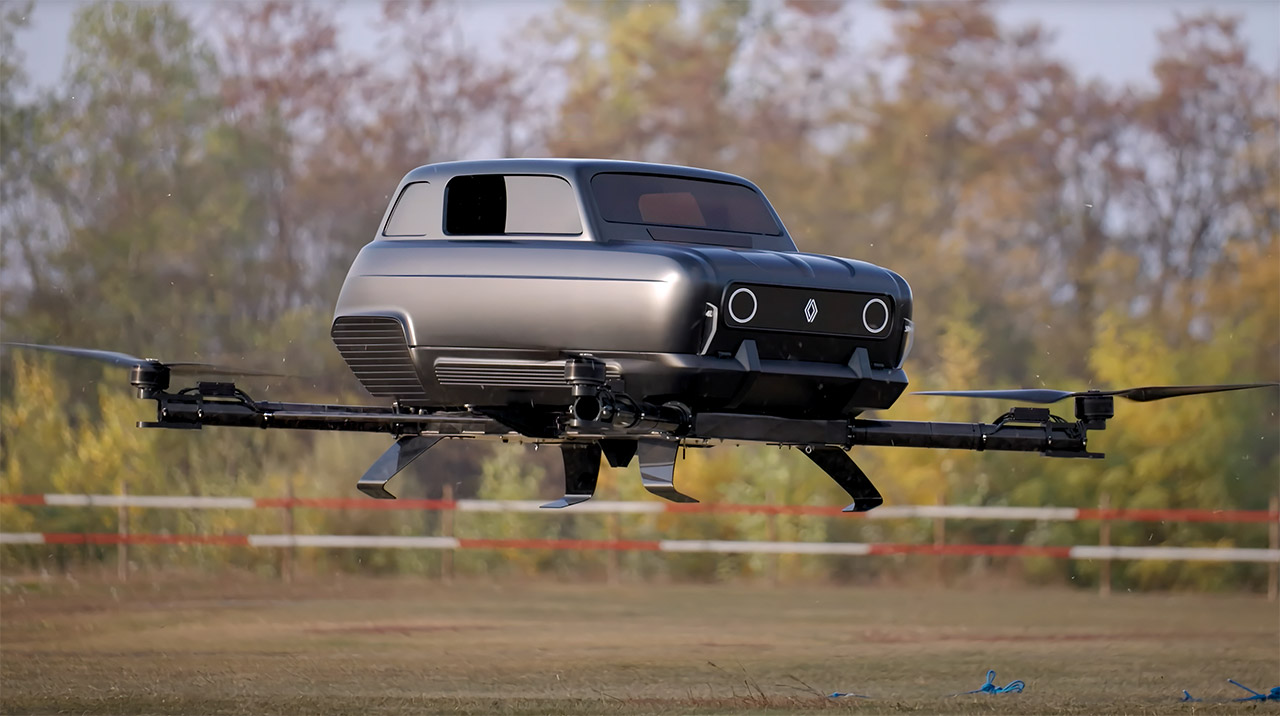 The Renault Air4 is essentially a modern-day Curtiss Autoplane. But instead of having a Ford body and tri-wings, the Air4 more closely resembles the Jetson ONE eVTOL personal aerial vehicle. Other flying cars have stuck with conventional designs like the Terrafugia Transition (which recently got its Light-Sport Worthiness certificate from the FAA) and the Aeromobil 5.0 VTOL with four wheels and folding wing designs.

Since it has no wheels or tires, you cannot drive the Air4 on the ground like you would a standard roadable aircraft. Like the Jetson ONE, it has four two-blade propellers at each corner of the vehicle like a drone, while the chassis is in the middle of a rota frame, housing the all-carbon-fiber Renault4 body shell in the center. It’s essentially a quadcopter with a vintage-inspired body derived from one of the most iconic Renaults ever made. 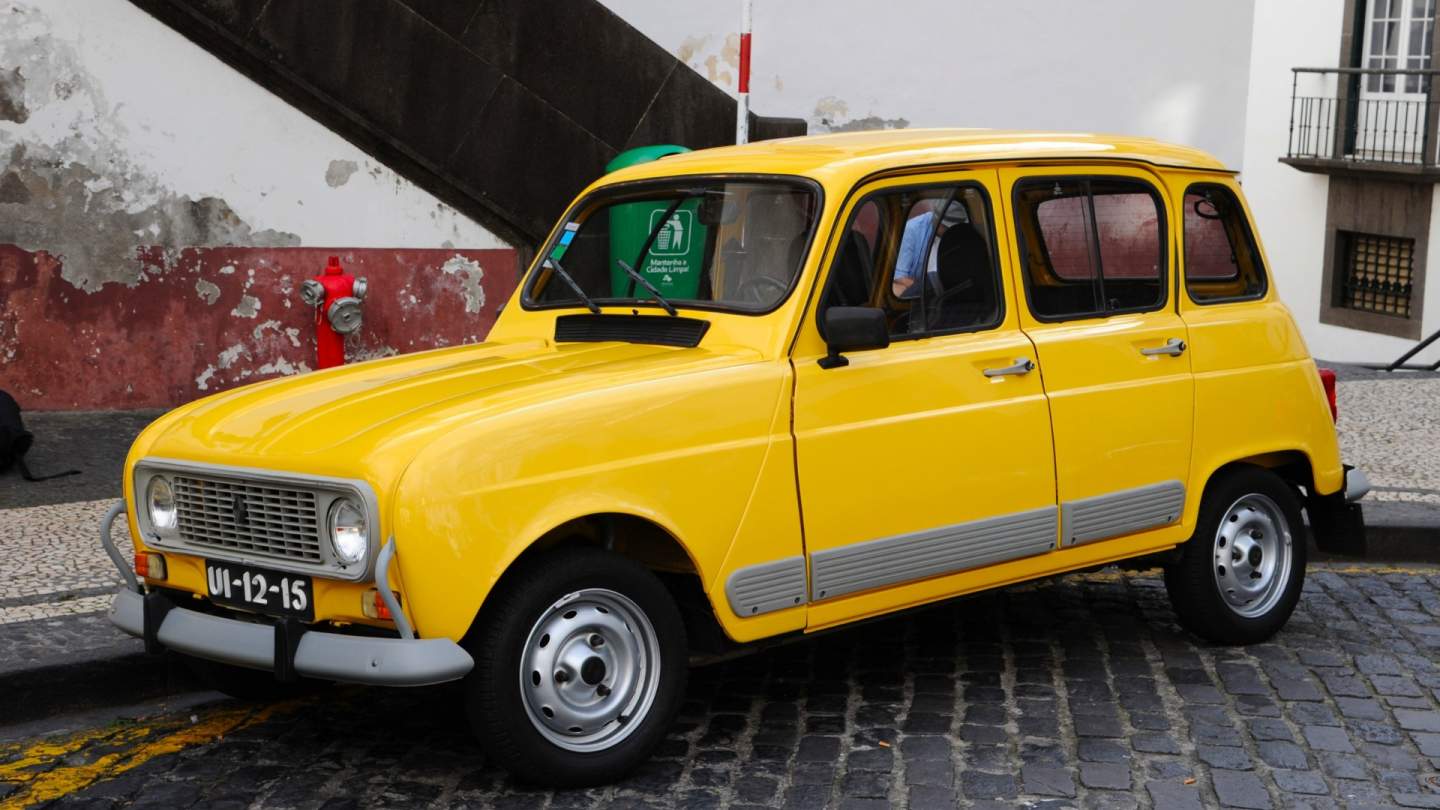 The 4L or “Quatrelle” was the world’s first mass-produced hatchback. It was also Renault’s first front-wheel-drive family car. The automaker sold more than eight million units of the 4L in over 100 countries in a 30-year production run, the mark of a true icon. For its 60th birthday, Renault came up with a brilliant way of reintroducing the 4L to a younger generation of gearheads and futurists alike, by making this vehicle fly.

This vehicle has the ability to take off flying at a max speed of 31 mph, and needs to slow down to a max speed of 6.7 mph to land safely. In flight, the Air4 has standard inclinations (the angles at which it’s able to fly) of between 45-degrees and 70-degrees. 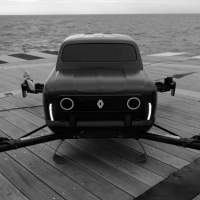 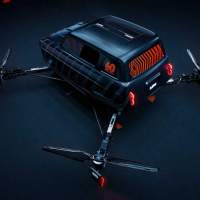 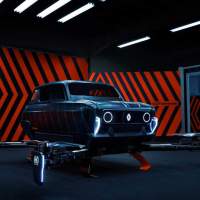 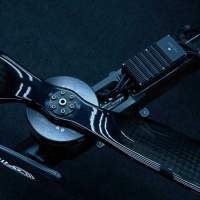 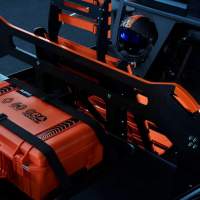 The driver or pilot enters the cabin by lifting the front-hinged body from the rear, revealing a minimalist and practical interior. And no, the Renault Air4 is not merely a flight of fancy as it can hover above the ground, as shown in the video above. Since it still resembles an actual car, it has LED headlights and a pair of vertical driving (or flight) lights on both sides of the front grille. 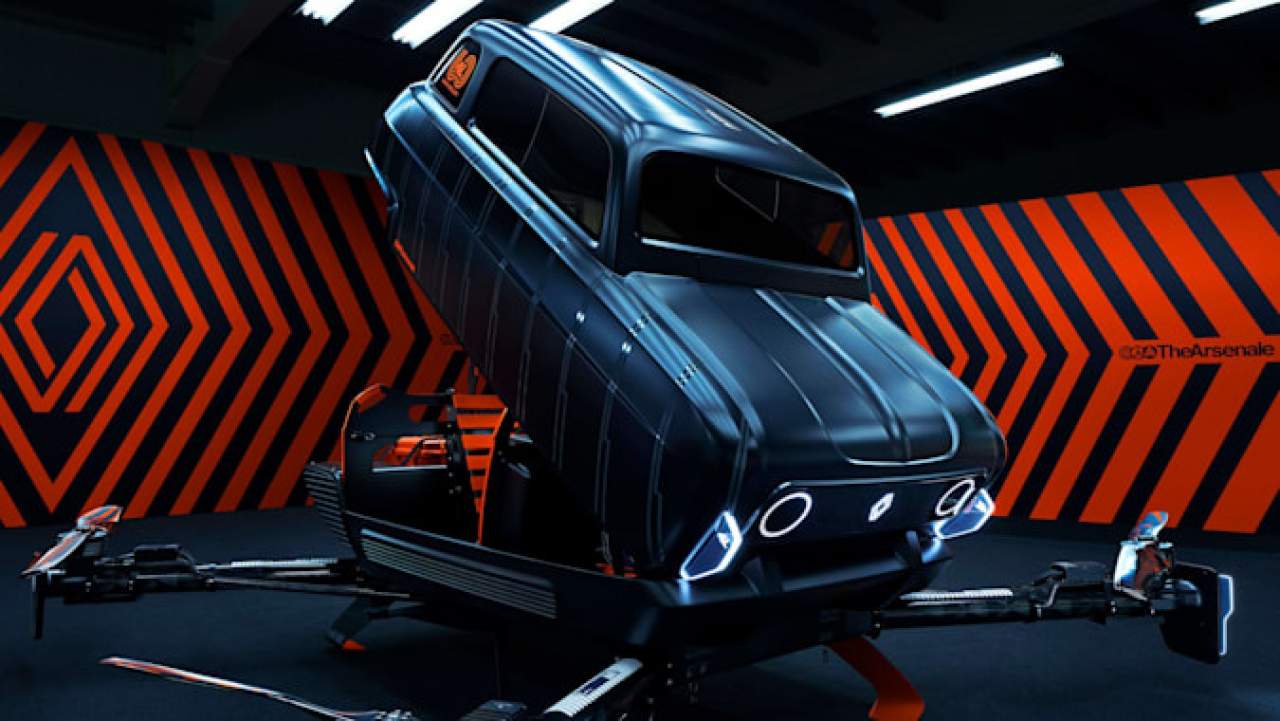 As it stands, there are no plans of putting the Air4 into future production, although we won’t mind piloting a restomod quadcopter in the next five or ten years. Of course, we might all need a driving and flying license combo (a Sport Pilot certificate, at least) to operate a flying car. But then again, the Renault Air4 is strictly for the skies, and the FAA rules would have changed by then.

You can check out the Air4 at the Renault Atelier on the Champ Elysées in Paris, France, from November 29, 2021 to the end of the year. While Renault has not revealed specifics on future events, they have confirmed that the Air4 will grace the stage at car shows and special events in Miami, Florida, New York, and Macau throughout year 2022!