Realme X2 Pro Review : Proof a great phone need not be expensive in 2020

The Realme X2 Pro was first announced in October of 2019 and features a 6.5-inch Super AMOLED 1080 x 2400 pixel display, Qualcomm Snapdragon 855+ SoC, and a price starting at around $330 USD. They key to understanding how a device of this combination of prices and features could exist lies in the aim of the company and the range of prices at which the device is offered. For its base price, this phone is surprisingly great.

Before you kick back with a snack and read this review, you might want to take a peek at our guide to knowing Realme, AKA You should know about Realme, even if you don’t know OPPO. In short: This Realme device is relatively inexpensive for the hardware it contains, much like the ever-widening collection of smartphones from other brands under the BBK parent umbrella company.

The phone we’ve got here, Realme X2 Pro, is a lovely piece of surprisingly-inexpensive smartphone hardware. It looks great, it has a decent heft, and its display is both extremely bright and colorful. 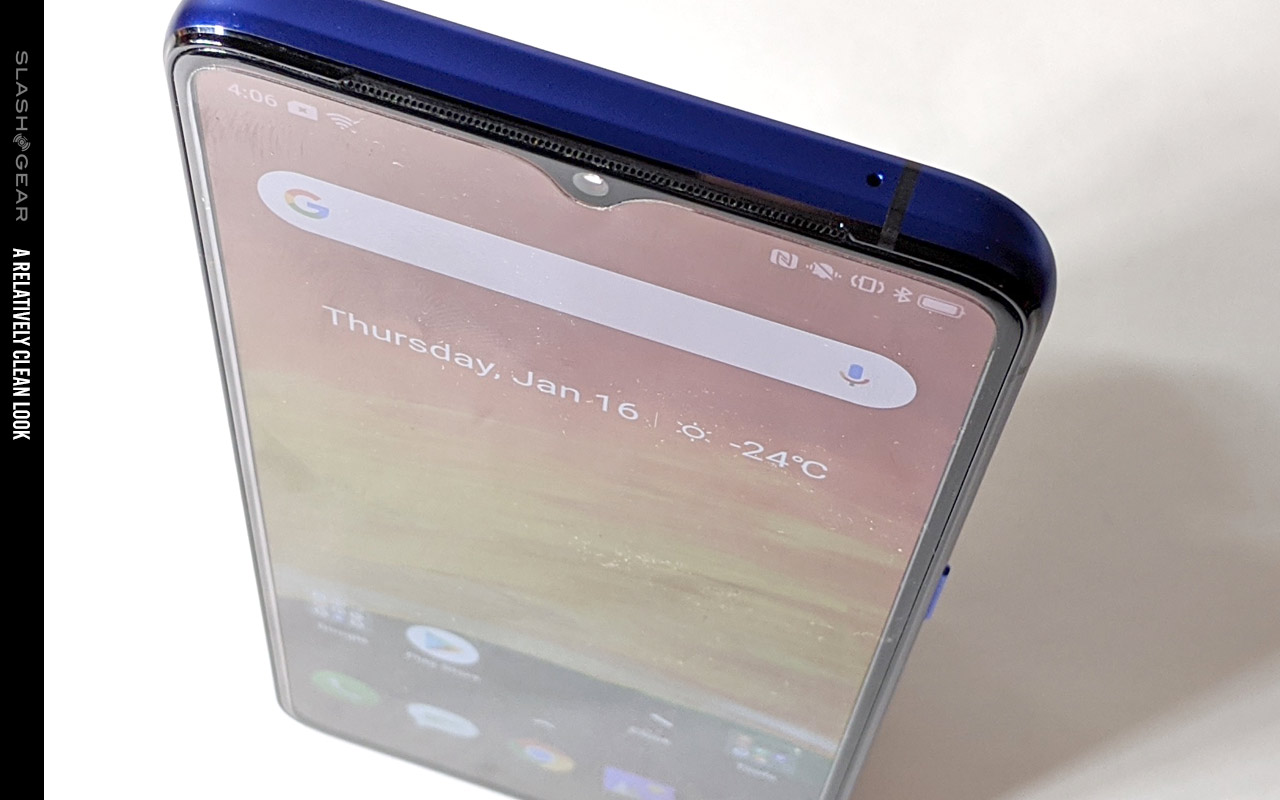 This display is 6.5-inches in size and has a single “dewdrop” notch for its front-facing camera. The display is Super AMOLED, and it has the ability to BLAST you in the face with a max 1000 nit brightness. Color gamut on this panel is 100% DCI-P3, and it has a lot of potential. 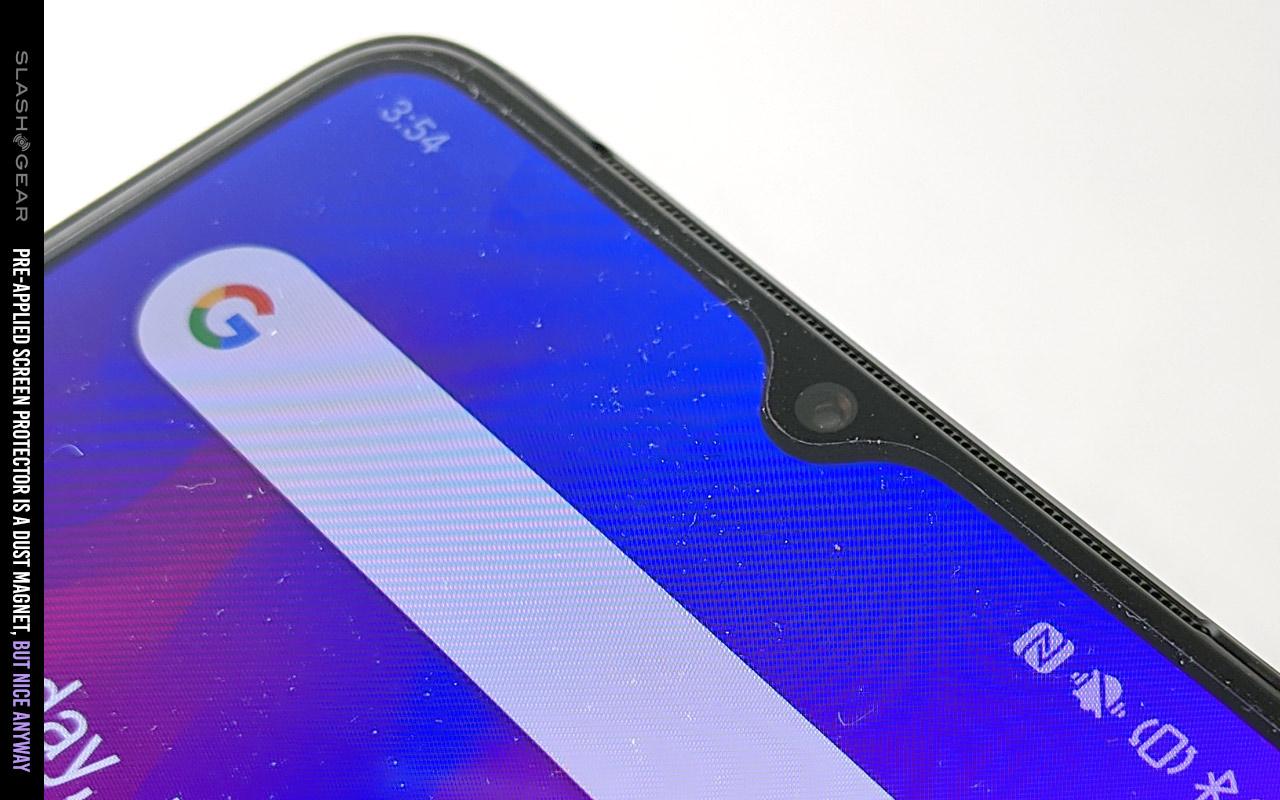 You might need to do an adjustment or two right out the box. Our review unit seemed a bit on the blue side – too cool – right out the gate, but it wasn’t an issue once we got to settings. Like any decent modern Android smartphone, this unit has a few easily-accessible display settings.

In Settings – Display & Brightness, the software provided by Realme with ColorOS shows some finesse. Screen color temperature is shown in three pre-sets: cool, default, and warm. We can go further and turn on a “Night Shield” that’s able to basically pull most/all blue light out, “thus preventing eye strain.” 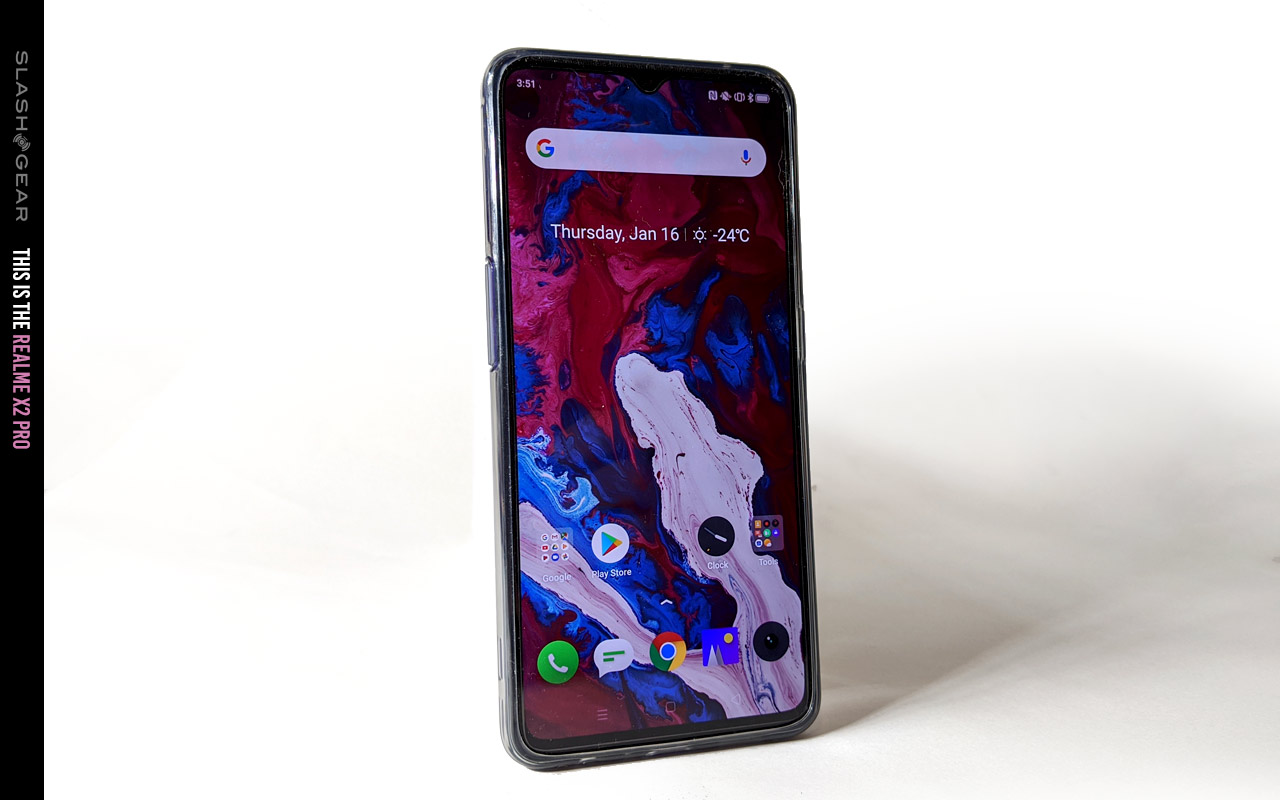 Also in the mix: Screen Color Mode, OSIE Vision Effect, Low-Brightness Flicker-Free Eye Care, and the ability to switch between always-on 90Hz display and 60Hz display. The amount of adjustments allowed here almost feel like we’re using a developer-aimed device – but it’s not. This is how all devices with “PRO” in their name should trust their users.

As it is with most phones, the possibility that one might drop said hardware should spur every user to employ some sort of protective case. You’ll likely opt for the case that comes in the box for this phone at no extra cost. This is a very standard, basic silicone, slightly tinted black/transparent and comfortable-to-handle case. 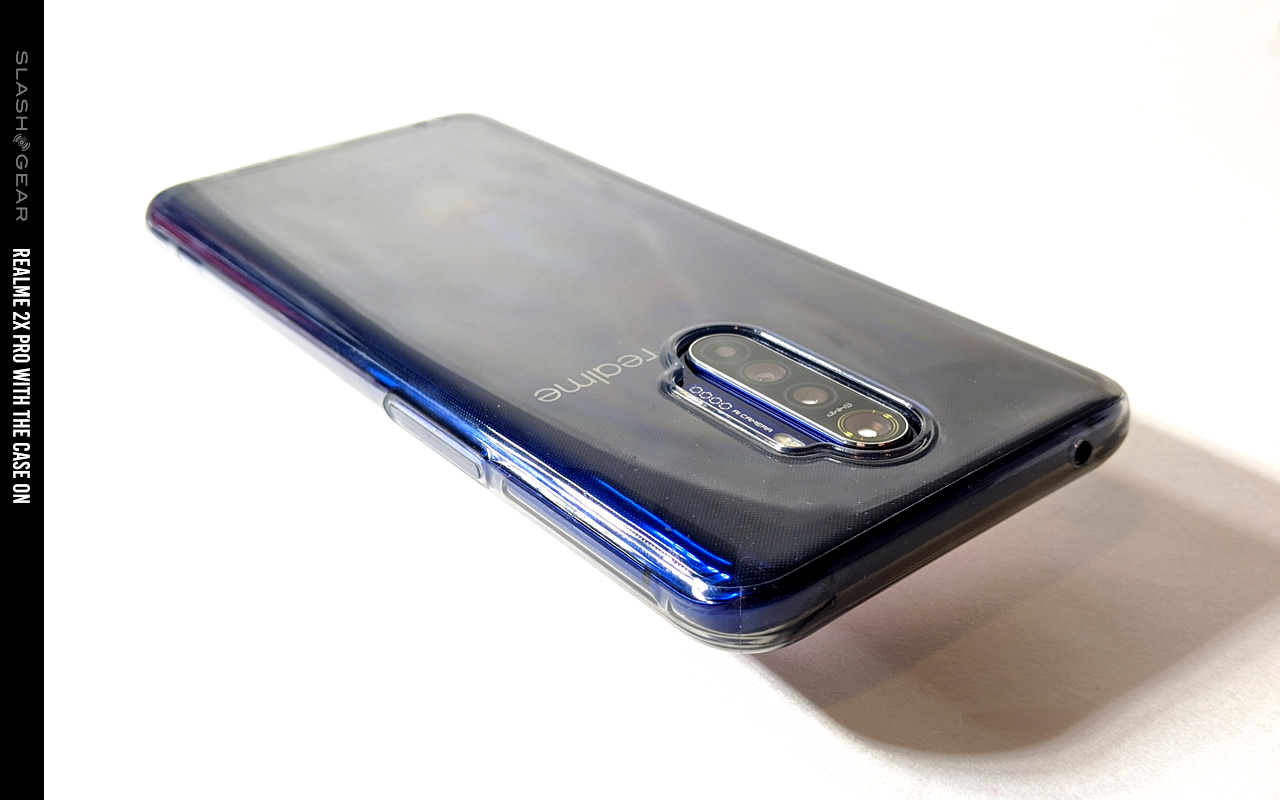 This phone also comes with a pre-installed screen protector, so you’ve really got no excuse if you drop your phone onto the pavement on day one. Both the front AND the back are largely made of Gorilla Glass 5, so you’ve also got some protection from scratches via the world’s most well-known brand of reinforced glass. 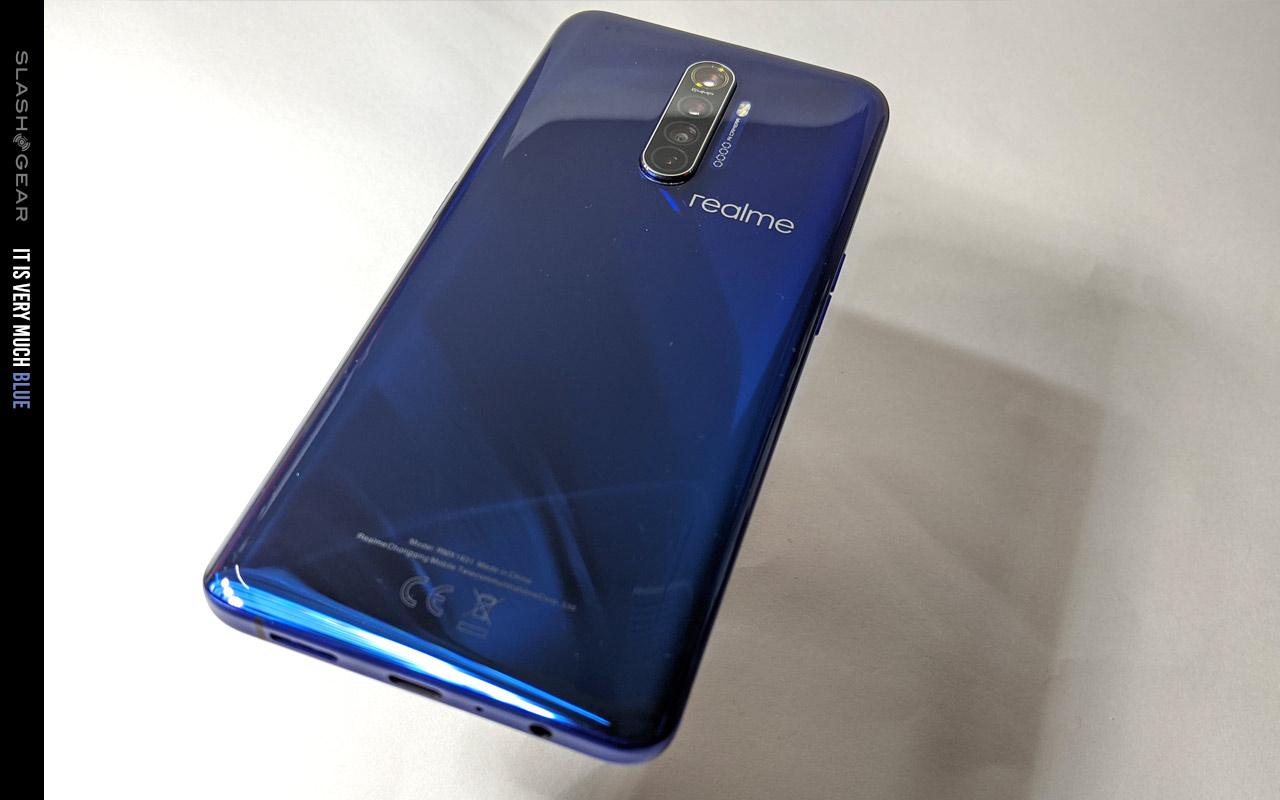 The backside has a lovely shine to it. Much like several of the most exceedingly colorful light-gradient phones of the past couple of years, this Realme X2 has a backside that shines as you move. The Realme X2 comes in “Neptune Blue” and “Lunar White”, both of which Realme suggests were “inspired by the powerful and mysterious currents of the sea.” 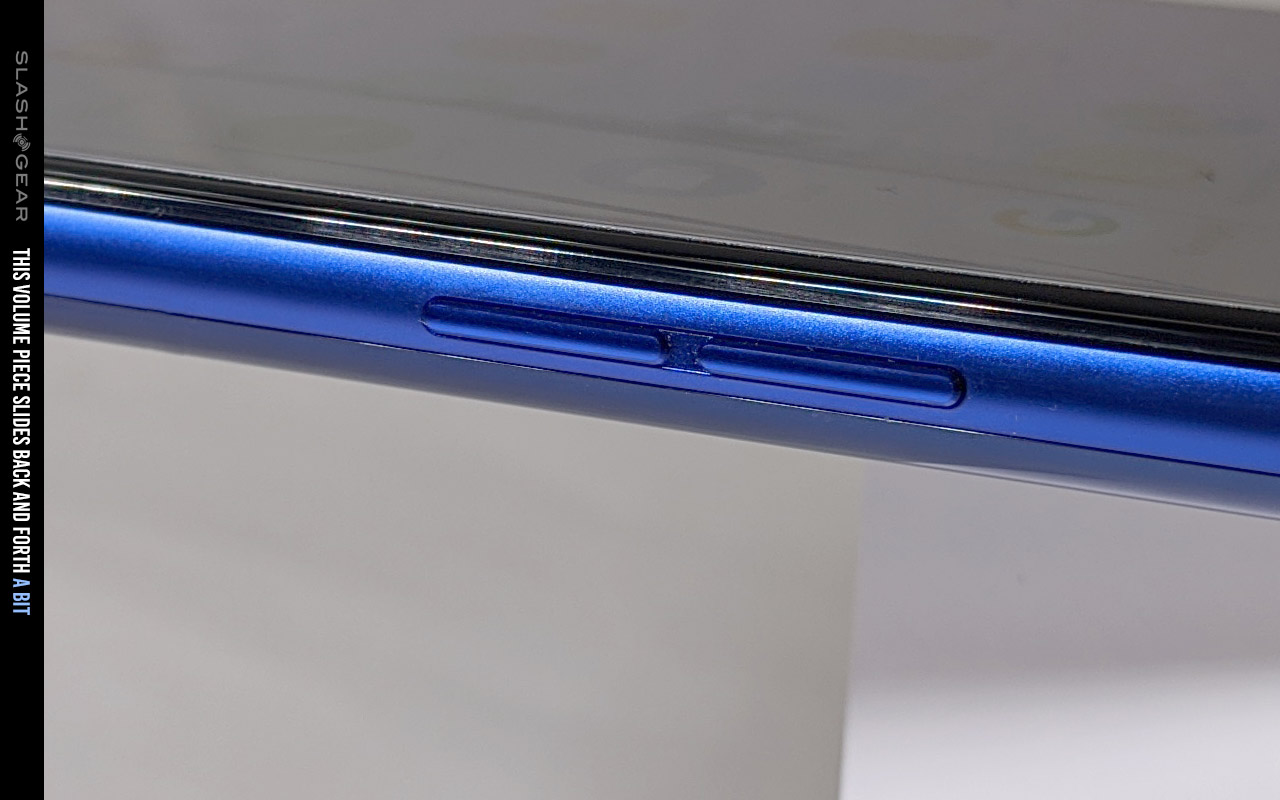 *One oddity I was surprised to find was a slightly loose volume rocker. The piece that handles both volume levels has a bit more give to it than I suspect is necessary. I might not have even considered this to be noteworthy if it hadn’t been for the perfectly tight-fitting nature of every single other part in the phone.

At launch, this device rolls with ColorOS 6.1, based on Android 9.0, which means we’ve got all the benefits of Android 9 with the Realme Color OS aesthetic. ColorOS was created by the brand OPPO – and OPPO effectively created Realme (again, see the link in the second paragraph in this review to learn more about that situation). 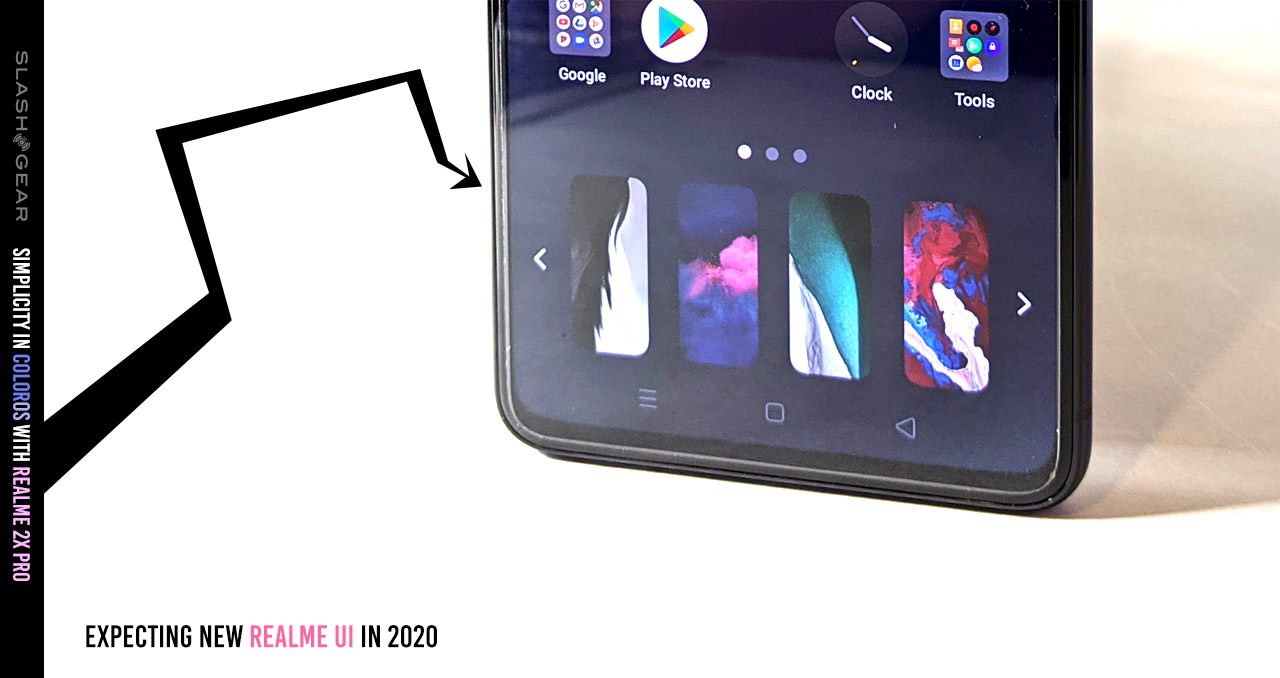 In the past, I and we have found ColorOS to be a bit of a conundrum. It was too simple – or maybe just too different from Android without the necessary benefits that normally come with modifying the basics of the Android operating system. But with this latest generation, with the software that comes with the Realme X2 Pro, we get an OS that’s simple in a good way. 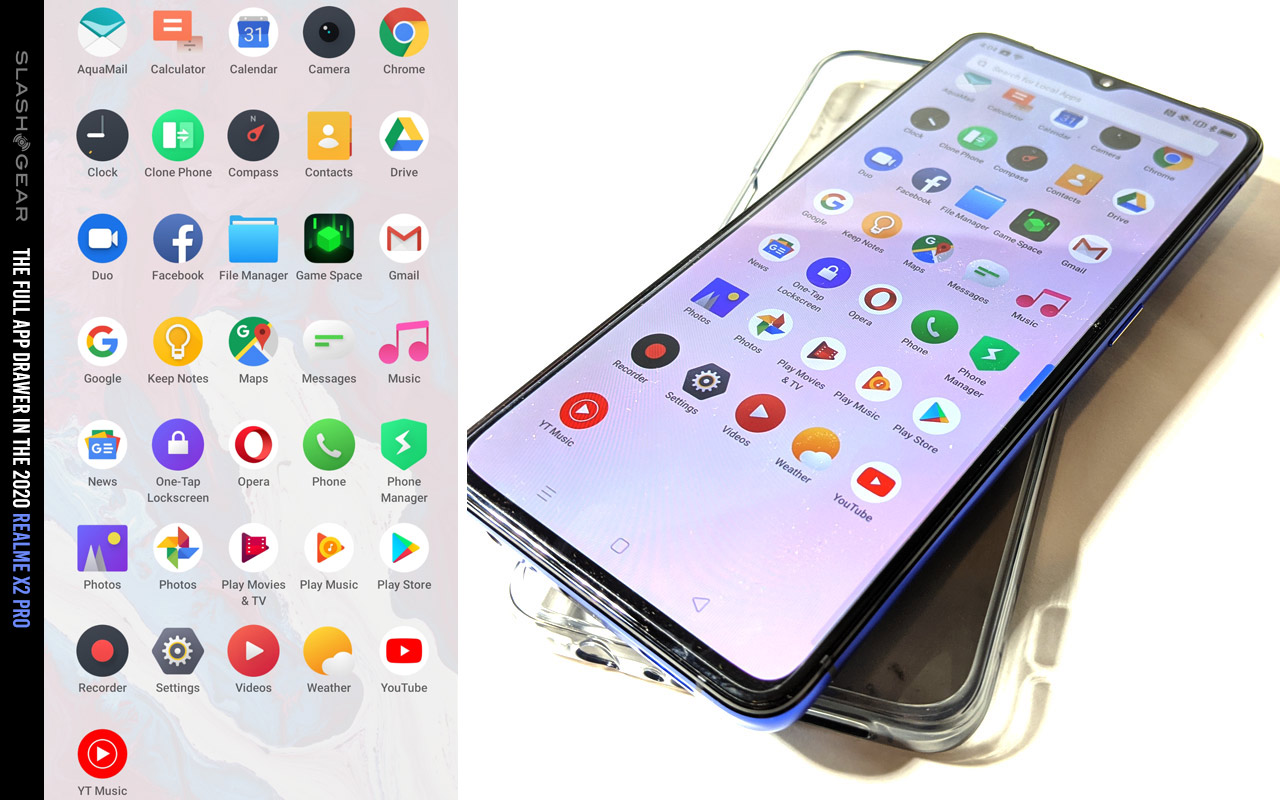 The simplicity comes in the form of reducing visual clutter – especially when compared to older versions of ColorOS. Simplicity also comes in the form of keeping non-essential apps to a minimum. There are still quite a few required apps – per the rules of an officially licensed Google Play-toting Android phone – but we’re certainly not dealing with a phone where my first reaction is to call out bloatware. At the moment, ColorOS seems pretty great!

This situation might change in the future – especially given the rate of development and change in the Realme brand over the past several months. But we shall see! If this phone gets any major software changes in the near future, we’ll let you know with an update!

The main sensor on this array of back-facing cameras is an ISOCELL Bright GW1 64MP sensor from Samsung. This main camera rolls with a 1/1.7″ sensor with 0.8µm pixels and an f/1.8 aperture lens. The 2MP camera is used for depth-sensing – RealMe suggests it’s there primarily for Portrait photos. 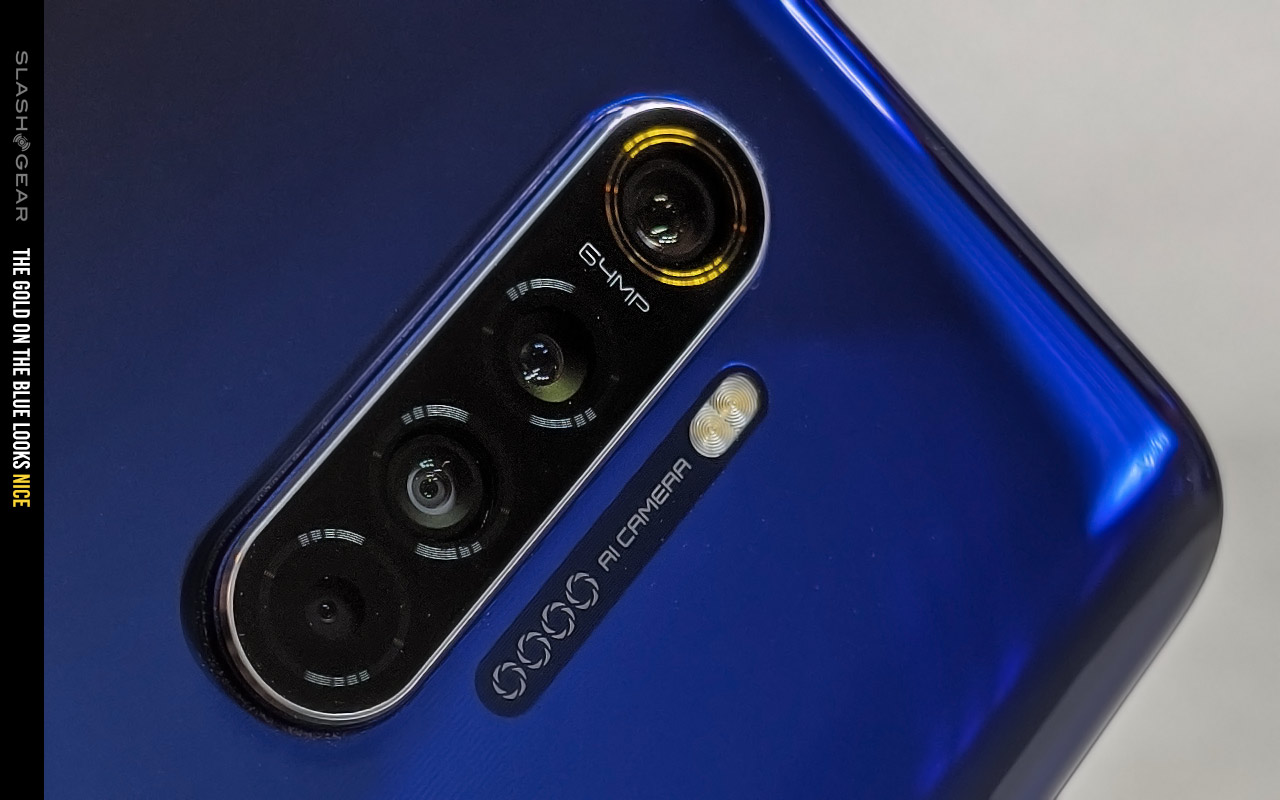 There’s a 8MP camera with f/2.2 aperture that captures 1.4µm pixels and acts as the ultra-wide shooter of the bunch. There’s also a 13-megapixel camera for telephoto zoom – with 2x optical zoom, as it were. This camera has a f/2.5 aperture, and the ability to capture 1.0µm pixels.

This smartphone’s camera array makes for a highly decent hobby shooter. This smartphone produced – easily – some of the best results in photos we’ve ever captured with a phone in this price range. Here you’ll see some examples of photos captured from the back-facing array of cameras on the Realme X2 Pro – see what you make of them.

Above you’ll see a photo of a Yoda bobble-head toy shot at close range, indoors, with relatively generous overhead lighting. Below is a photo shot in the middle of a clear, sunny day, outdoors – in line at a drive-through restaurant.

We’re able to record ultra-slow motion video at 720p (960 fps, so it suggests), 1080p at 120fps, and 4K at 30 and 60fps. The results are surprisingly great under most conditions. Once you get up to 4K (especially with any sort of zoom) you get a bit jiggly. Otherwise the stabilization and controls available here make for a highly decent video machine.

Above you’ll see an example of a photo with natural daylight only, indoors, with the wide-angle lens. Below you’ll see the same subject and lighting with the main camera – the results are a bit more sharp and color-correct, almost like the camera brings its full HDR+ powers to the standard main camera but not quite the full arsenal when shooting wide-angle photos.

Below you’ll find a few more examples captured with the Realme 2X Pro. This gallery may expand in the future based on requests for unique environment and lighting situations. 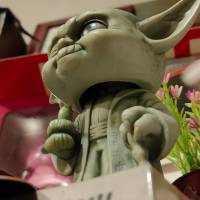 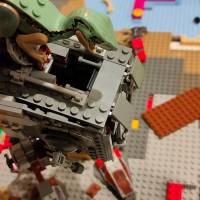 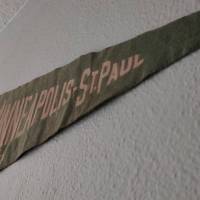 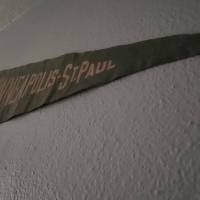 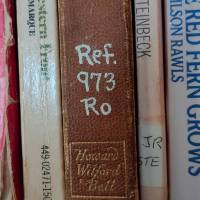 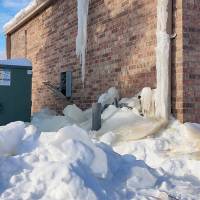 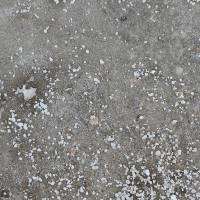 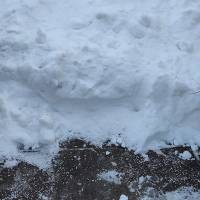 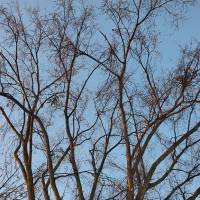 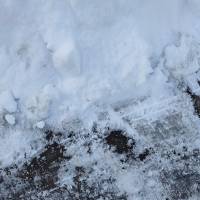 The camera performance we’re looking at here in almost all environments is roughly equivalent to that of the OnePlus 7T. Both of these devices are extremely similar in camera quality to the Xiaomi Mi 97 Pro (also known as the Redmi K20 Pro). If you’re looking for a device with the camera quality in this review, but this phone is not available in your region, you might want to consider alternatives from Xiaomi and/or OnePlus – especially the latter, since both OnePlus and Realme are both subsidiaries of the same parent company.

This device has a 4,000mAh battery and the ability to charge exceedingly fast with an in-box 50W SuperVOOC Flash Charger. If you purchase this phone in a region outside of your own, you’ll get the charger unique to that region. This is fine for most regions, but if you’re part of SlashGear’s primary readership, you likely live in the USA, and you’re going to need a converter.

Once we had everything in order, this charger was a beast. This charger with this phone will, ideally, charge the phone from dead to completely full in around a half hour. There’s no wireless charging here, but the fact that we can get the entirety of this 4,000mAh battery full in less than an hour is nothing at which we can scoff.

If we’ve got the display up to full brightness, we can drop the battery down in just a few hours, no sweat. But assuming we’re being reasonable about the brightness and standard usage of the phone, we’re getting just as good a battery life as we’ve ever gotten out of a battery of this size. That means at least a full day’s use without charging, and often times well over a day with battery to spare.

At the start of this review, I mentioned that there was a wide range of prices for different configurations for this device. This is true of a lot of high-end devices, but almost shockingly so here. For example you can get the least powerful version of this phone for around $330, but once you get up to the largest amount of RAM and internal storage, you’re looking at a price closer to $530. 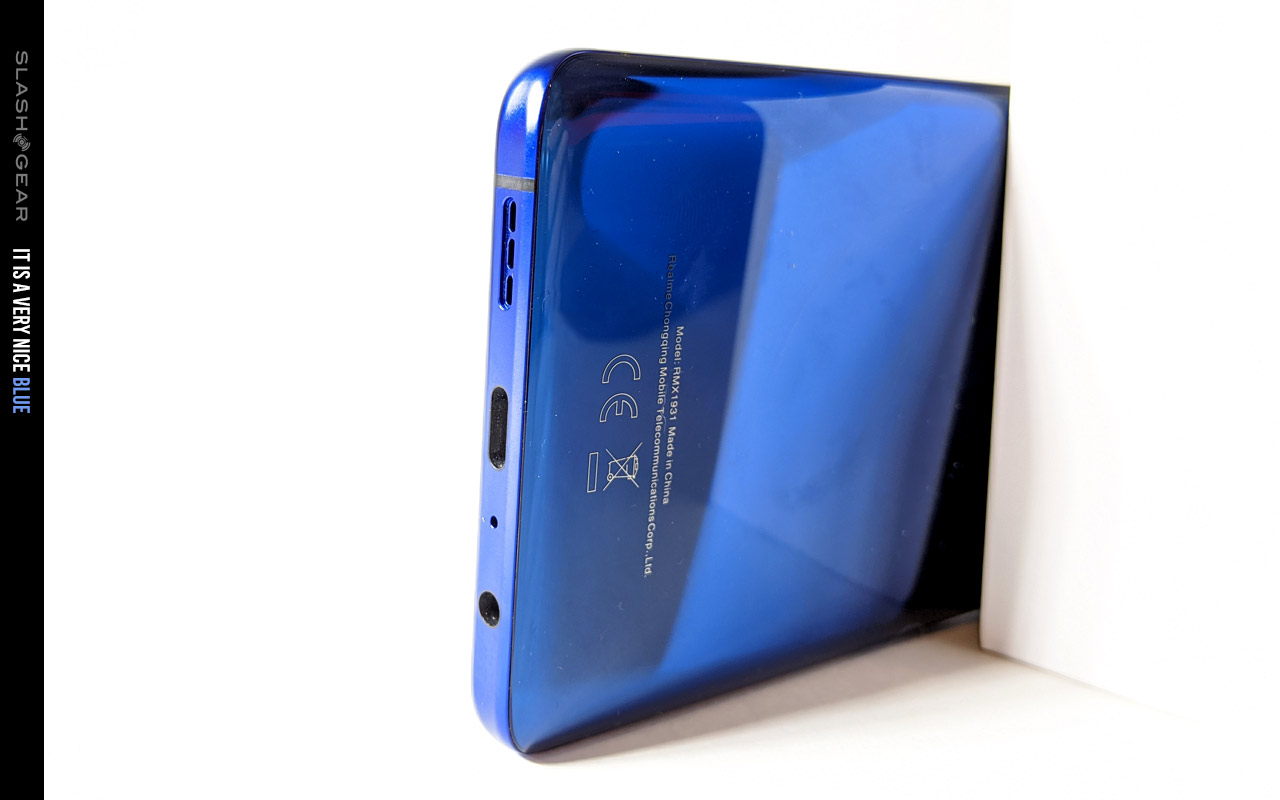 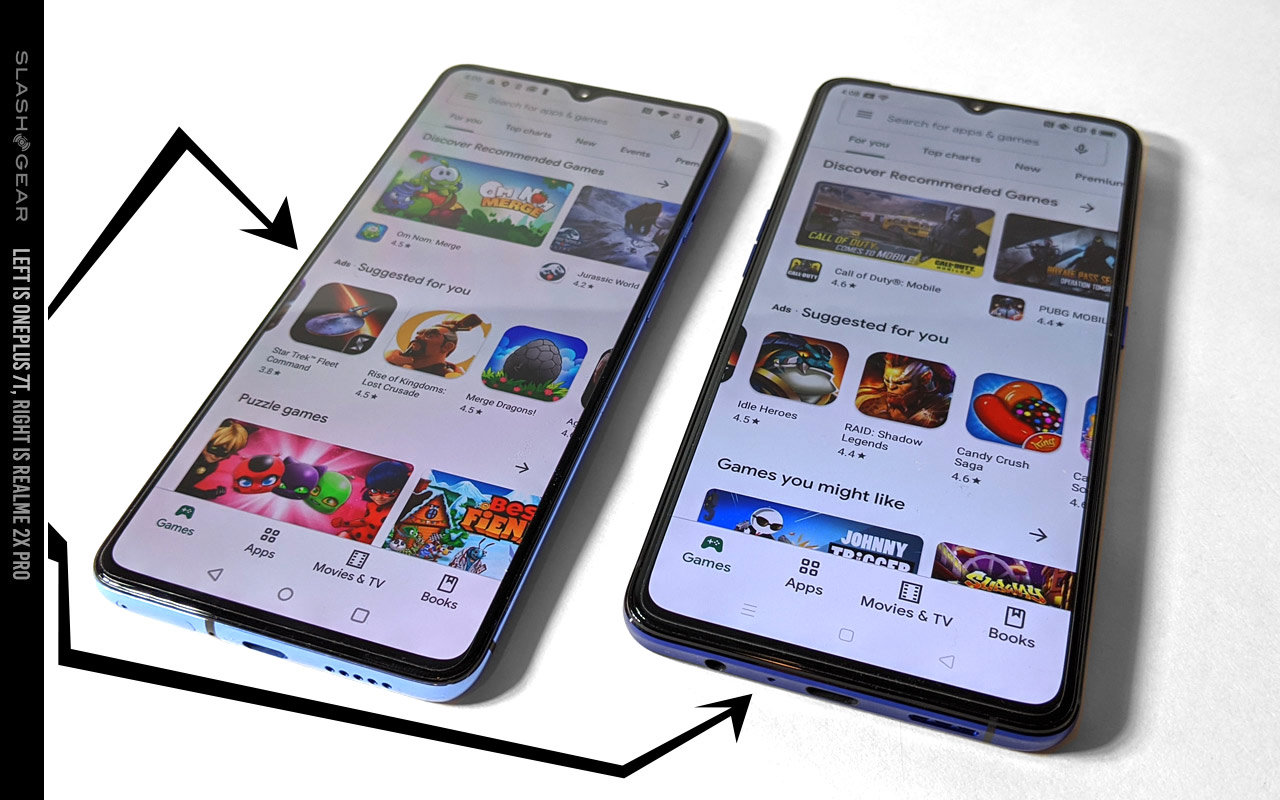 The Realme X2 Pro is available for customers in many European countries through the main Realme store website, Spain through Amazon, and in India through Flipkart and the Realme online store as well. It’s important that you get the right version of this phone from your country’s Realme outlet, because Realme uses their own-branded SuperVOOC charger – which has a different outlet depending on your region. At press time for this review, a North American edition of the Realme X2 Pro did not yet exist.