This week an eBay seller in China revealed what they’re calling a Google Pixel Muskie Prototype (Original, Unreleased). This device appears to be the fabled mirror device that matched the HTC U11 Plus, a device that ended up being released by HTC proper. If you look at the Google Pixel 2 XL that actually did see release, it becomes clear that this device was, and remains, a real-deal original.

The device shown this week on eBay has a sticker with the words “For Internal Testing and Development Only. Not for Lease or Sale.” This does not seem to have deterred the seller, as the device is currently on eBay for a price of $580 USD with a $25 USD shipping price tag. 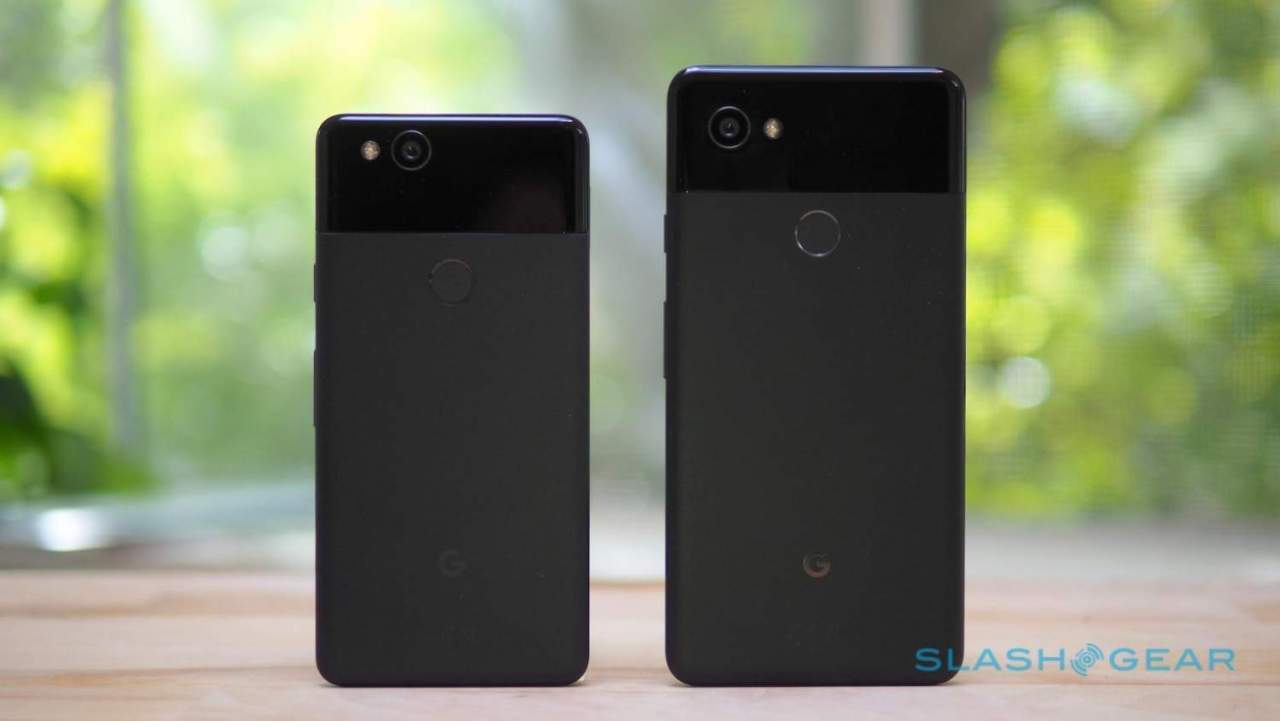 ABOVE: The final Pixel 2 and Pixel 2 XL from our original Google Pixel 2 Review from back in the year 2017.

The device has the standard Google Prototype logo on its back where the official Google logo would eventually appear. That’s the Google “G” with a few pieces pulled out of place to make the prototype mark. This device also has an interesting array of lines printed on its back just below the top glass. This array of lines is likely put in place to further identify the device as a unique prototype. 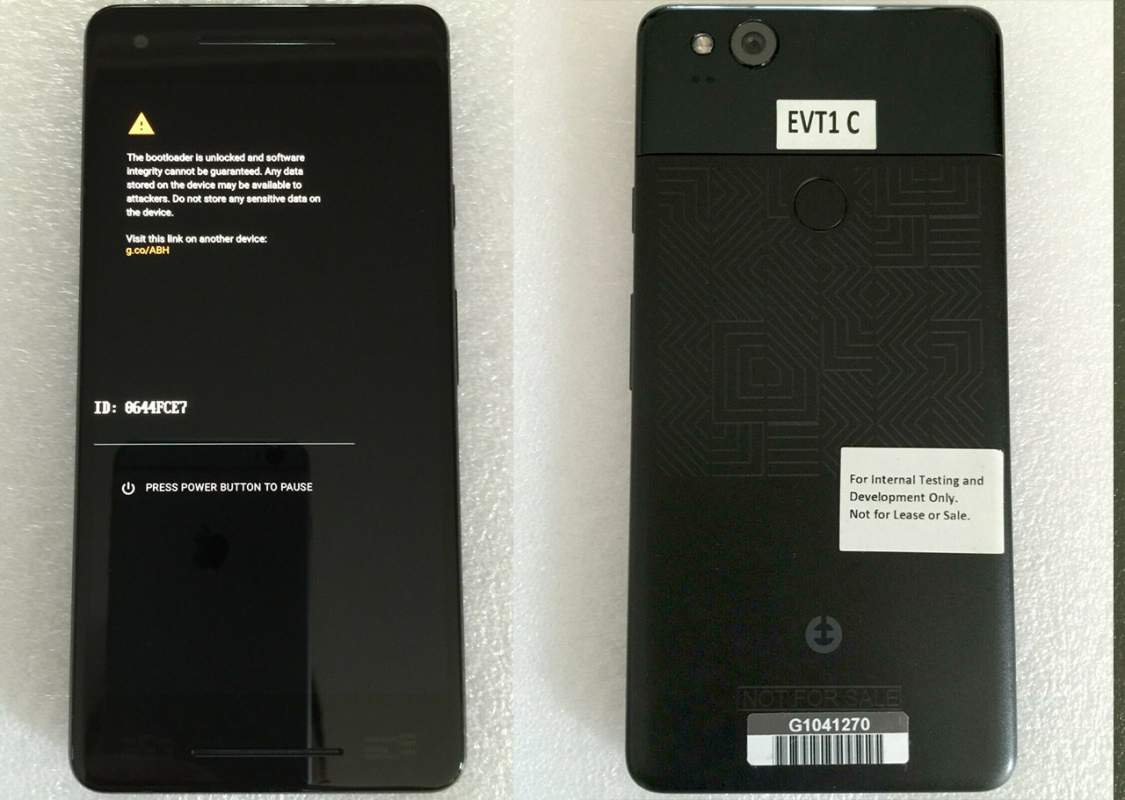 The device has the code G1041270 and a bar code with the same at the bottom, along with a sticker with the code EVT1 C. In the center of the upper half of the phone you’ll find a fingerprint scanner, and near the top you’ll see a single camera and an LED flash. 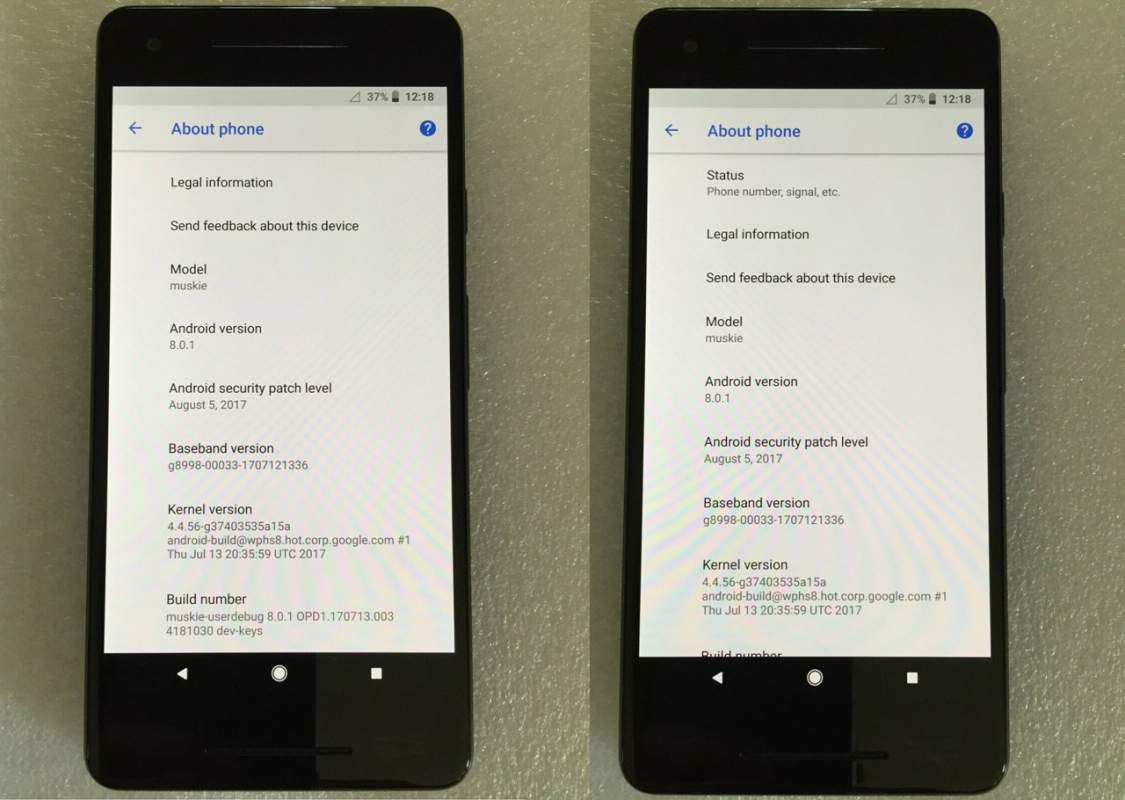 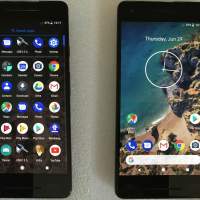 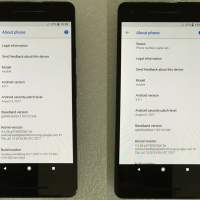 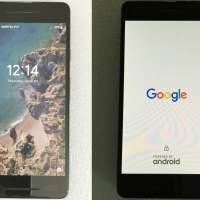 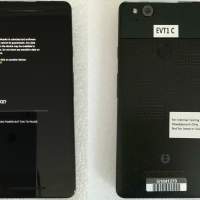 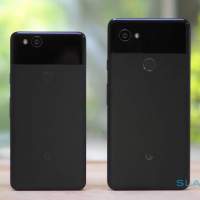 Given the still-surprising differences in design between the Pixel 2 and 2XL, it’s not a shock to see that this “Muskie” design looks like it does. The only thing that is surprising about this situation is that this device hadn’t surfaced as a hard-and-fast physical device before now – but here it is!