Polestar has begun taking orders for the Polestar 2, the first all-electric car from the automaker, and its answer to the Tesla Model 3. Announced in early 2019, the Polestar 2 went into production from March of this year at co-owner Geely’s plant in Luqiao, China, promising some Volvo flavor but an all-electric drivetrain. Until now, Polestar had been taking refundable deposits but not full orders for the EV.

Initially, there’s a single configuration being offered. The Polestar 2 Long Range Dual Motor has a 78 kWh battery, with which the automaker is targeting 275 miles on the EPA test cycle. 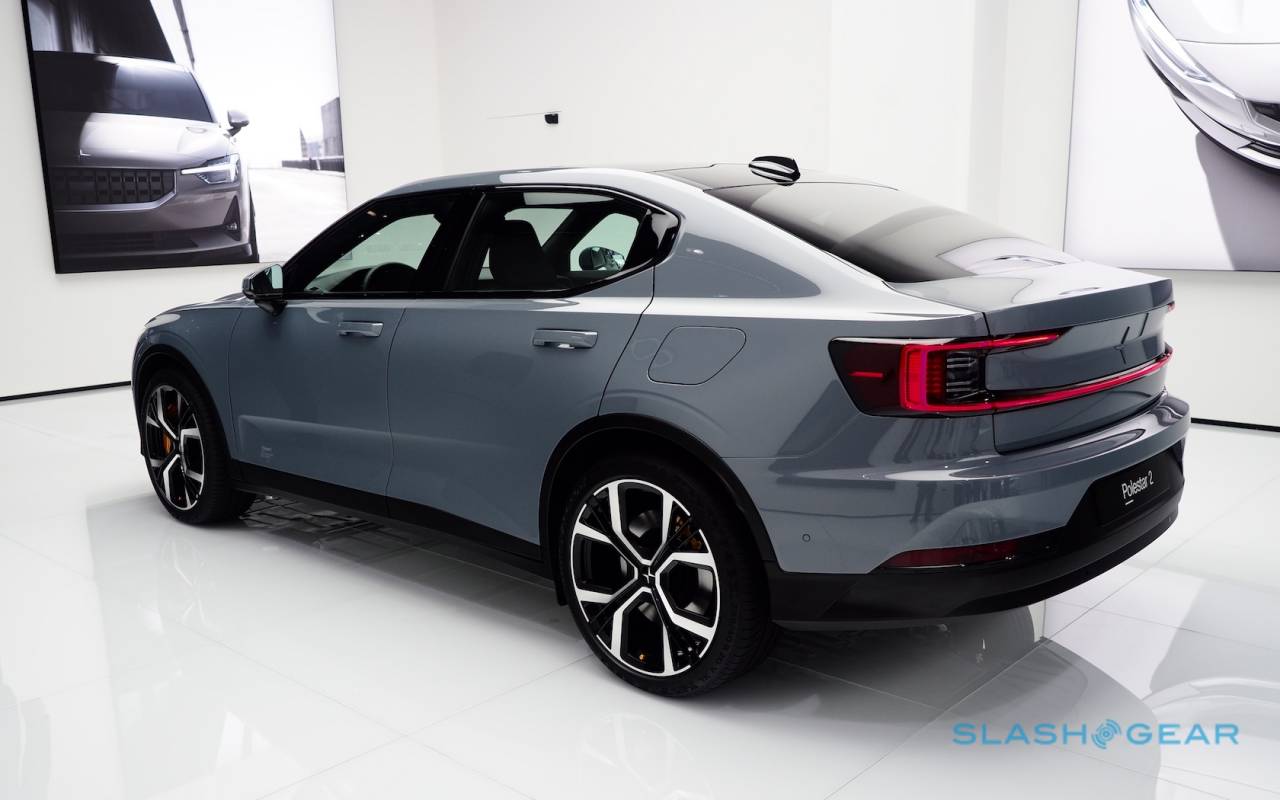 It’ll have two electric motors – one at the front and one at the rear – and together they’ll be good for 300 kW or 408 horsepower. Torque will be 487 lb-ft. Altogether, Polestar says, drivers can expect 0-60 mph in 4.7 seconds.

The Polestar 2 starting price is $59,900, though buyers eligible for the federal tax credit for EVs can trim that by up to $7,500, bringing the Polestar 2 down to $52,400. The standard color – indeed, the only finish that doesn’t cost extra – is Void black. Snow, Magnesium, Thunder, Moon, and Midnight are all $1,200 options. 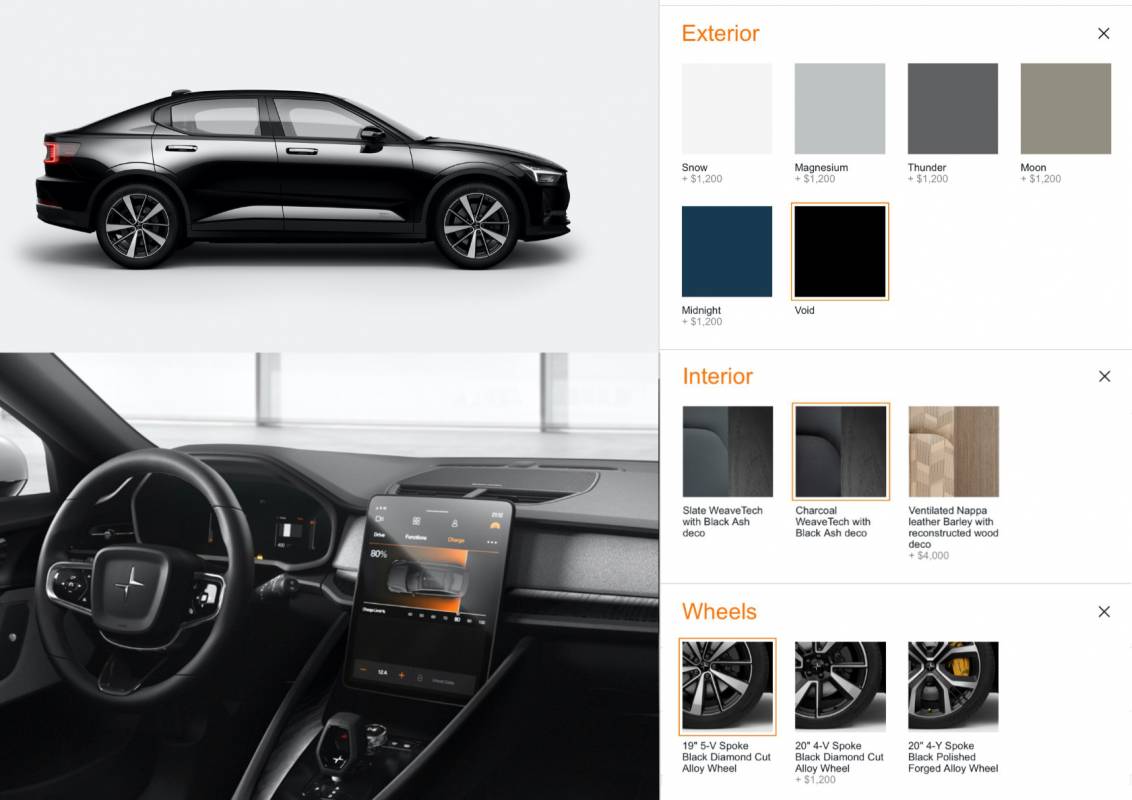 As for options, the initial Polestar 2 configuration includes the Pilot package as standard. That consists of Pilot Assist – which does adaptive cruise control and lane-keeping assistance, blind spot warnings, cross traffic alerts, and rear collision warning and mitigation. It also includes a 360-degree camera, front and rear park assist, and forward collision warnings, among other features. 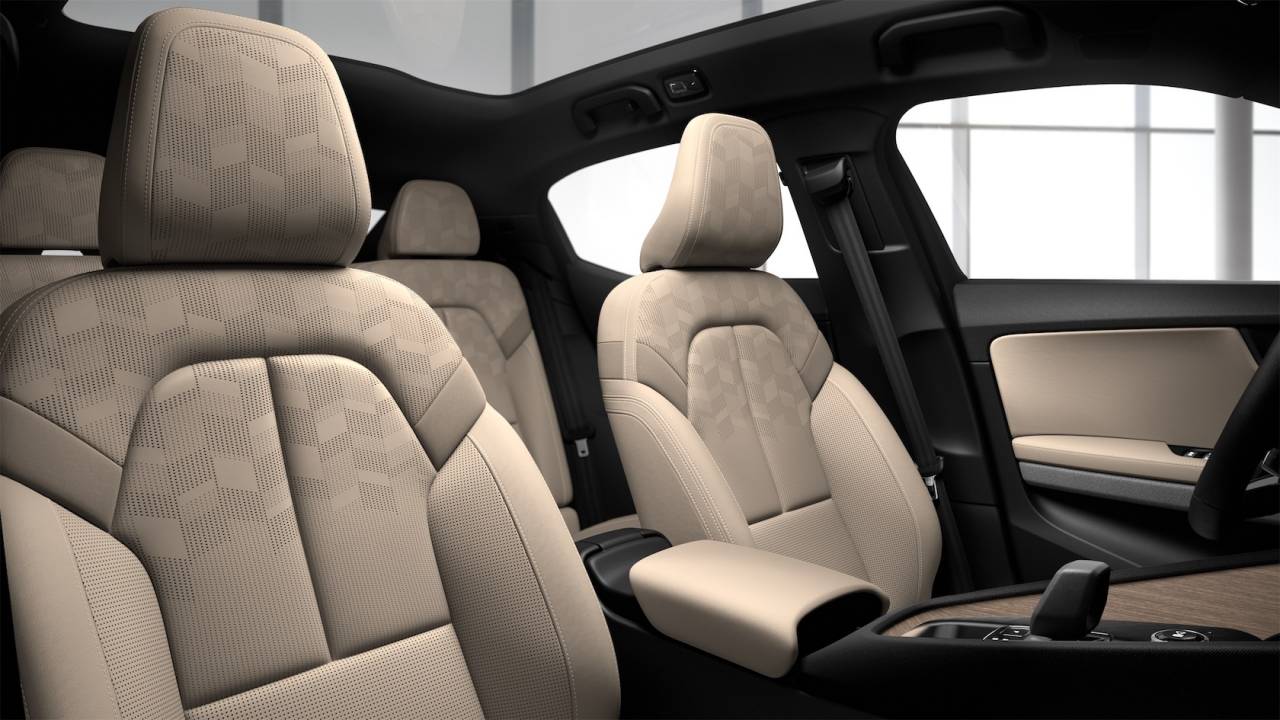 The Plus package is also included as standard, with a fixed panoramic sunroof, Pixel headlamps, LED front fog lamps with cornering, heated wiper blades, and headlamp washers. Inside, there’s heated seats front a rear, a heated steering wheel, and four-way power lumbar support for the driver. It also throws in a Harman Kardon premium audio system, an extra USB charging port in the rear, and a 15W wireless phone charging pad. All cars get the Android Automotive based dashboard. 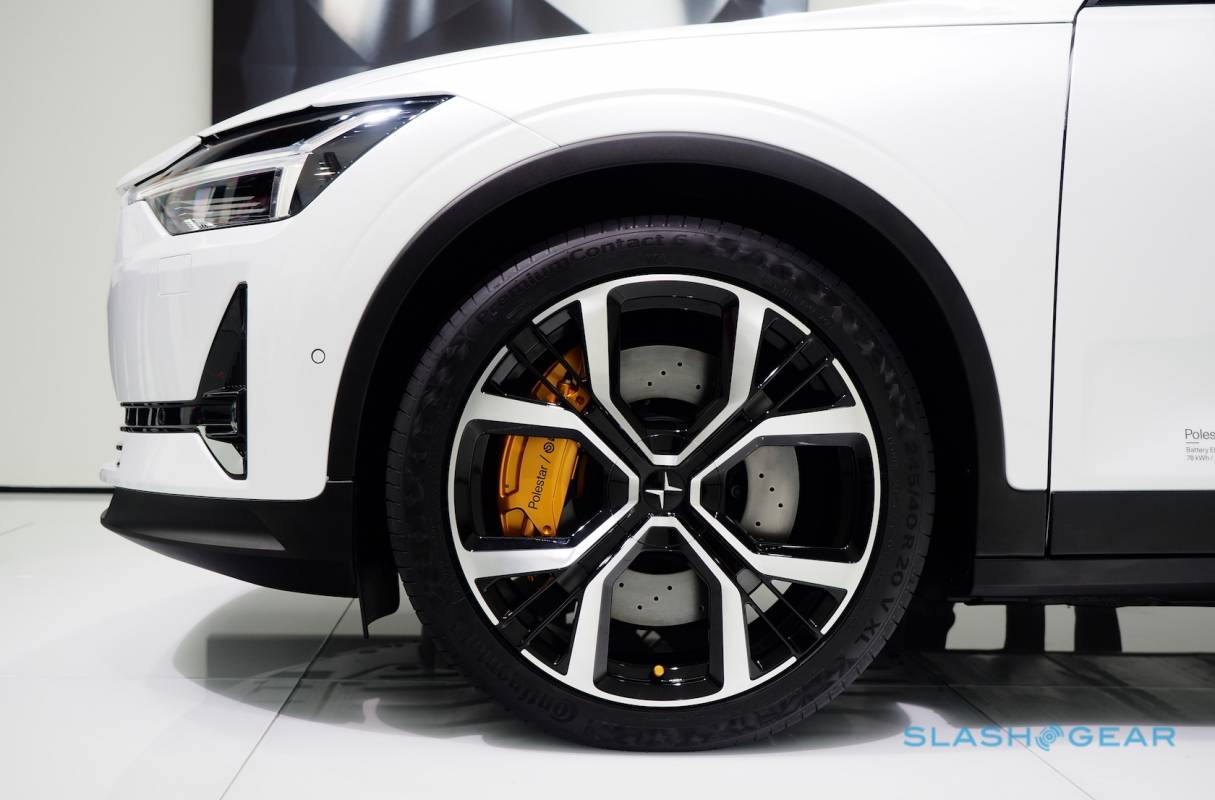 Polestar is taking cash payments, as well as offering finance and lease deals (the latter as short as 24 months) for the Polestar 2. Cars ordered now are expected to be delivered from September of this year.