Polestar’s new Tesla Model 3-fighting Polestar 2 electric car has begun production, though it’ll take a little while before the EV is ready for the US. Second in the automaker’s line-up, the Polestar 2 is being built in Luqiao, China, despite the ongoing coronavirus pandemic that is affecting the world and prompting many automakers to dramatically slash car production.

Polestar is the combined efforts of Geely and Volvo, with the former – which has majority-owned Volvo since 2010 – owning the Luqiao facility, and the latter operating it. The Polestar brand began as an aftermarket tuning business, but was brought in-house at Volvo to focus on performance versions of the Swedish automaker’s models. 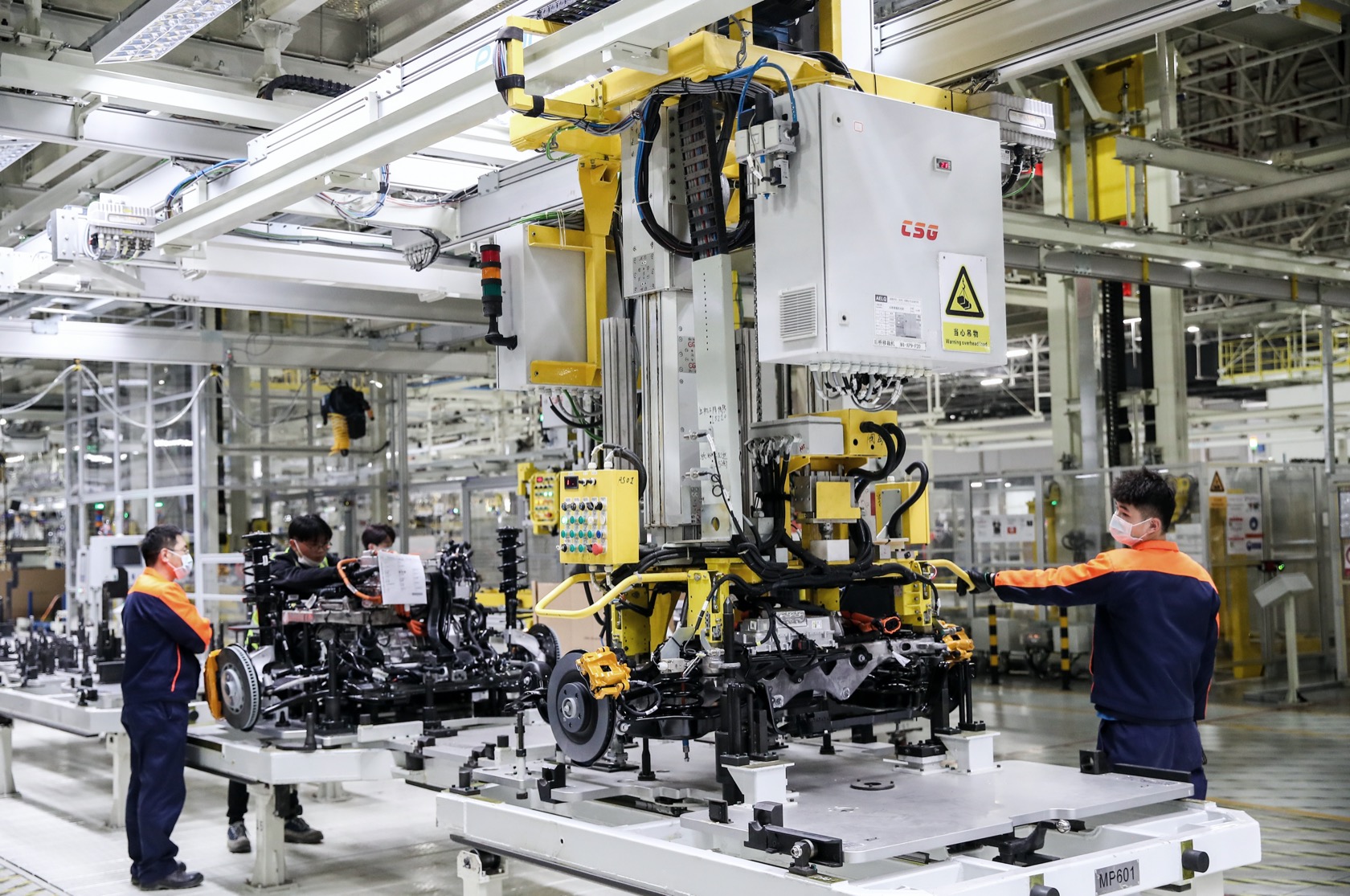 In 2017, though, Volvo and Geely span Polestar out as a standalone brand, focusing on performance electric vehicles. Jointly owned by the two firms, it borrows tech and manufacturing clout from each. That’s helped it kick off production not only its first car – the Polestar 1 luxury hybrid grand tourer – but the more mass-market Polestar 2 in the same year.

The Polestar 2 is a fastback with seating for five. In its first year of production the automaker will make a single configuration, packing 300 kW (408 horsepower) and 660 Nm of torque (487 lb-ft). All-wheel drive as standard, at least to begin with, it will have a 78 kWh battery pack; Polestar says that’s expected to get 470 km (292 miles) on the European WLTP cycle, though we’re expecting US EPA estimates to come in lower due to differences in how the agencies test range. 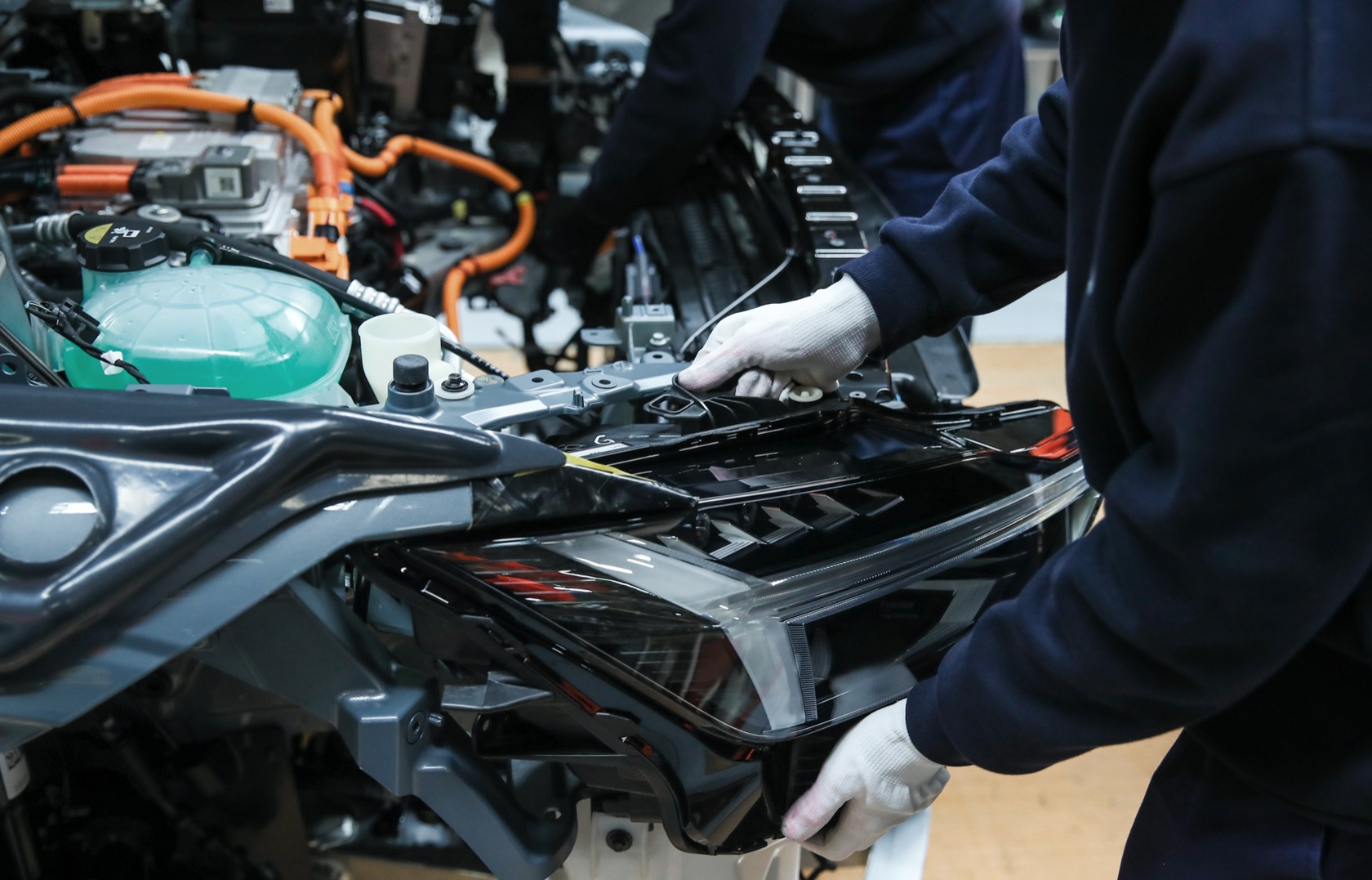 Inside, Polestar has mixed familiar elements from Volvo models, together with eco-friendly materials and a brand new Android Automotive-powered dashboard. That features a sizable touchscreen and digital instrumentation, and has access to the Google Assistant, Google Maps, and the Google Play Store for third-party apps. It’s something Polestar is expected to use for the rest of its vehicle roadmap, as well as expanding to Volvo Cars.

Back when Polestar first announced its production roadmap, the automaker probably wasn’t thinking that would overlap with the world facing the COVID-19 pandemic. “We start production now under these challenging circumstances, with a strong focus on the health and safety of our people,” Thomas Ingenlath, Polestar CEO, said of the milestone’s unexpected timing. This is a great achievement and the result of huge efforts from the staff in the factory and the team securing the supply chain.” 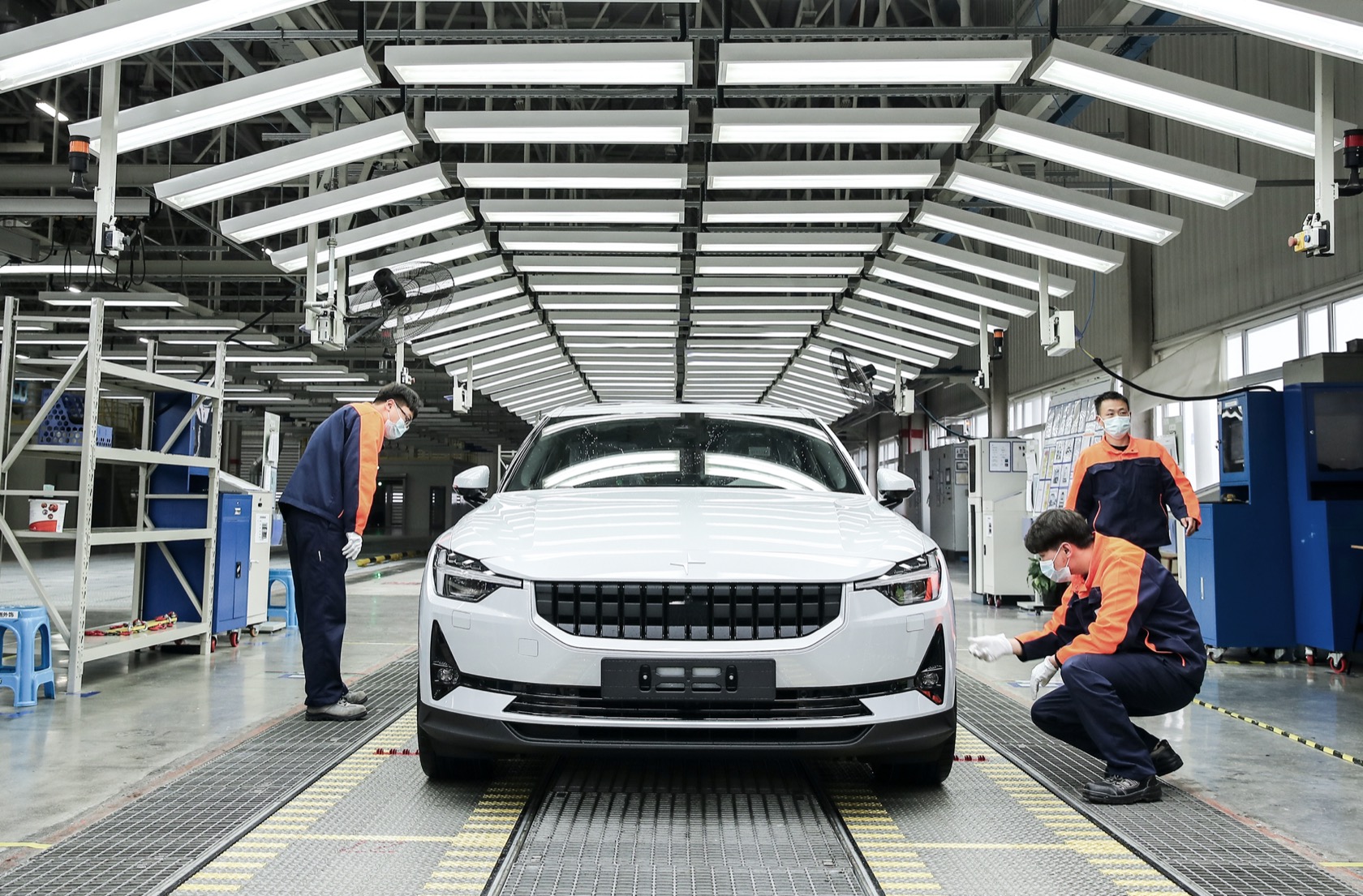 Initial deliveries of the Polestar 2 will be for Europe, and are expected to kick off in the Summer of 2020. That’ll be followed by China and North America, the company says.

It comes as many automakers are preparing for a time of famine in new car sales. Global production could dip by as much as 16-percent, RBC warned earlier this month, with car sales in the US falling by 20-percent. Fiat Chrysler, Ford, and General Motors have hit pause on North American production, following plant shutdowns in Europe and elsewhere by other automakers.