Today we’re taking a peek at what’s next for Pokemon GO. This game’s been one of the biggest and most important games to be released in the last half-decade – largely because of the longstanding wishes of gamers playing the games that’d been released in previous years. Now that the game it thoroughly established in the real world – where people can actually capture (digital) Pokemon – it’s time to cross back over to the original game series.

A giant hint this week was released by Niantic pointing toward a multi-form crossover between the Pokemon universes on different platforms. According to code found by intrepid Pokeminers of Bournemouth / Poole, LewyMD, we’ve got some Galarian Forms ahead of us. We’ve got text, we’ve got codes, we’ve got proof!

From the latest app files for the game Pokemon GO, a new set of events – or perhaps one giant event – was revealed. Code showed an event called “A Colossal Discovery” and a “ticket” to attend said special event. This event will take place at a certain time that’ll be different for each individual region. Much like Community events in Pokemon GO, the timing will be specific to your time zone.

Next-level Galarian Form Pokemon options have been added to the game – though we do not know WHICH Pokemon we’ll see from this region first. We only know that the “Galarian Form” code is now in the game, officially. It’s currently dormant!

But let’s look at everything Nintendo/Game Freak have shown in the last couple weeks. We’ve seen our fair share of Galarian Pokemon already in the Glimwood Tangle stream last week. If we take a peek at what’s been shown so far, it’s simple to see what’s coming – new forms of old oddities! 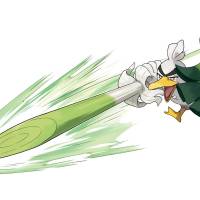 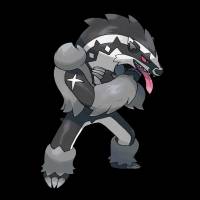 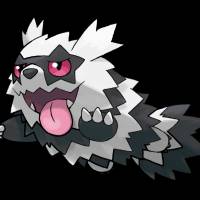 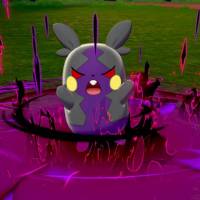 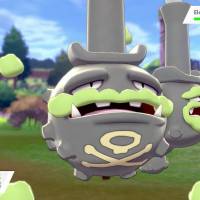 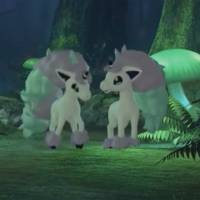 In the gallery above you’ll see the Galarian Form Ponyta as well as Galarian Form Weezing (with smoking stovepipe hats!) Morpeko is a sort of not-really-Pikachu but sorta-Pikachu Pokemon, too.

We’ll also see lines evolve further than before – Zigzagoon has a Galarian Zigzagoon which, instead of sepia tones, is black and white. The various forms therein look a WHOLE LOT like they belong in the band KISS. Galar Region Zigzagoon has two star eyes – like the one-star Starchild from KISS. The evolved form, Lioone, sort of changes its pattern to a more of a Space Ace sort of situation, then the final evolution is Obstagoon – which is most certainly an alternate-reality Gene Simmons / The Demon!

And don’t forget the long-neglected but never forgotten Farfech’d. Now this bird will have an evolution – straight to Sirfech’d! Complete with his own elegant sword!

Now we’ve only got to wait and see how close the release of this game gets to Pokemon GO’s standard schedule. As if there really were a standard schedule – they’ve still not released all the Pokemon from the first several generations / regions in the game – it’s madness!

Also revealed in the latest Pokemon GO game files: Shadow Legendary Pokemon, Team Rocket themed quests, a new item by the name of Rocket Radar, and a new Rocket Special Search. Per discussion for this discovery from the Pokeminers on Silph Road, this might well be the same as the Colossal Discovery mentioned above. It’s all happening soon, one way or the other!