Throughout Pokemon‘s long history, one of the original 151 Pokemon has built quite the following for itself: Farfetch’d. Originally only available through an in-game trade in Pokemon Red and Blue, Farfetch’d is a bird Pokemon that deals damage by slapping its opponents with a leek. It’s never been a very good Pokemon in terms of competitive viability, but nonetheless, Farfetch’d has its share of fans around the world.

Over the past two decades, Farfetch’d has sat untouched – a Pokemon without much to offer and with no evolutions to speak of. That’s all going to change in Pokemon Sword and Shield, as Farfetch’d will finally be getting that long awaited evolution.

The trailer you see above introduces us to that evolution. Farfetch’d will be able to evolve into a Pokemon called Sirfetch’d, a fighting type Pokemon that has the Steadfast ability. “In battle, Sirfetch’d uses the sharp stalk of its leek as a lance and the thick leaves as a shield,” The Pokemon Company’s announcement reads today. “It maintains this leek over the span of many years and treasures it more than anything. When its leek finally withers, Sirfetch’d will leave the battlefield and retire from battling entirely.” 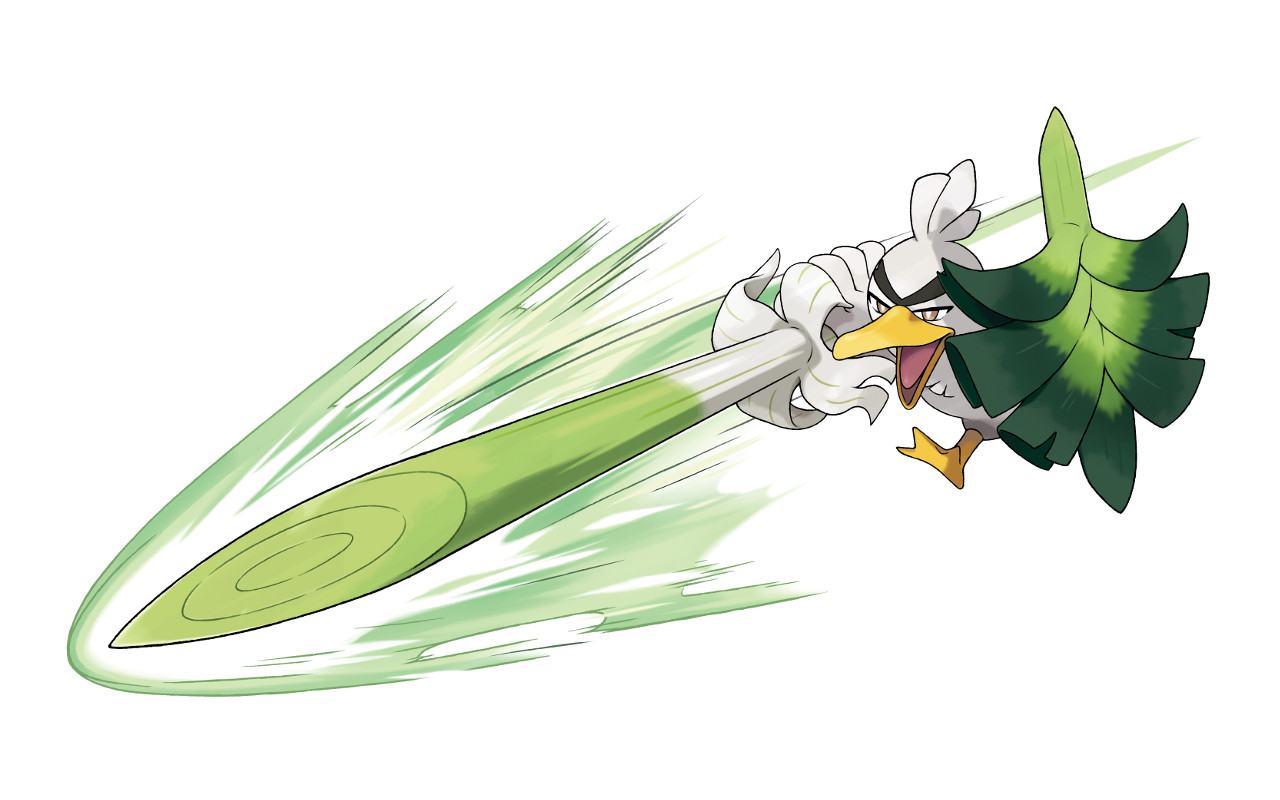 For those of you who have been following the trickle release of information concerning Pokemon Sword and Shield, Sirfetch’d is the glitched Pokemon that was teased on the franchise’s official site last week. At the time, a lot of people speculated that this could be a Farfetch’d evolution, and it looks like they were right.

Sirfetch’d has a signature move called Meteor Assault in these games as well. The Pokemon Company describes the move as “devastatingly powerful,” though notes that it prevents the Pokemon from taking an action on its next turn. Unfortunately, those of you planning to buy Pokemon Shield will have to trade to get Sirfetch’d, as it’ll be exclusive to Pokemon Sword. Pokemon Sword and Shield are out on Nintendo Switch on November 15th.