Pokemon Sword and Shield is teasing a mysterious new Pokemon

As with most new Pokemon games, Nintendo and Game Freak have been trickle-releasing information about the new Pokemon in Pokemon Sword and Shield. After revealing a few new monsters in the latest trailer for the game, Game Freak has decided to switch things up a bit when it comes to revealing the next new Pokemon. Instead of just outing the Pokemon, Game Freak is instead teasing it on the official Pokemon website.

If you head over to the Sword and Shield landing page on Pokemon.com right now, you’ll see a mostly normal looking website with one strange addition. In the lower corner of the screen, a glitched image of a new Pokemon has appeared, and when you hover over the image, it begins to jump around the screen. 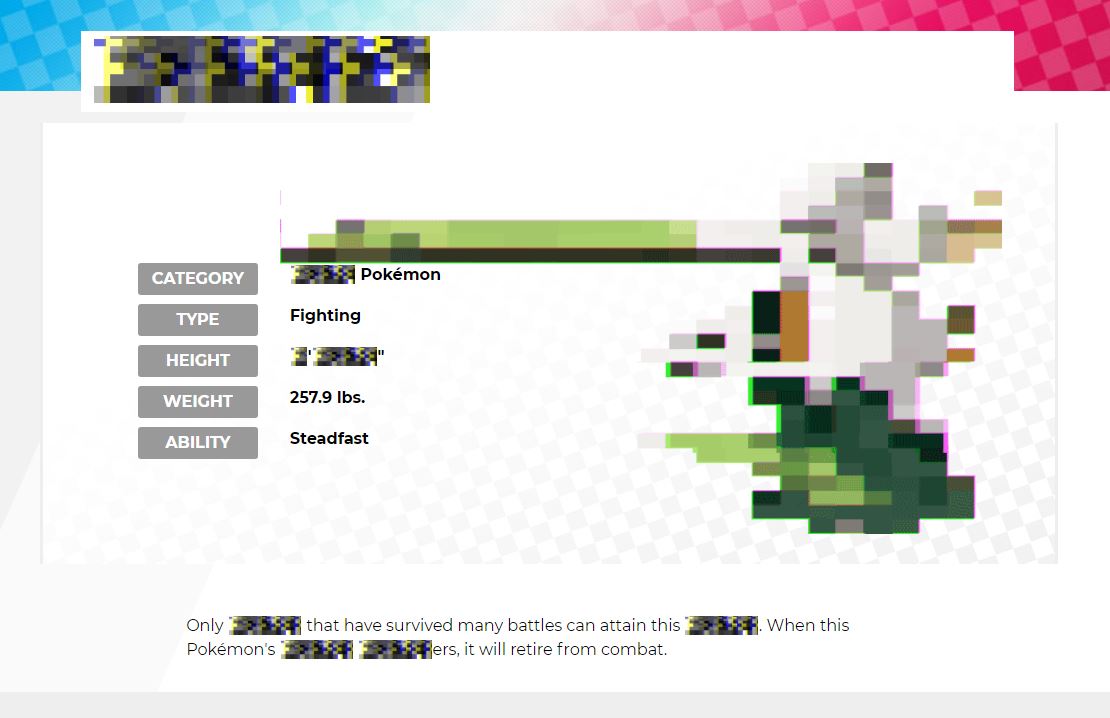 After a few jumps, it’ll stop moving, at which point it becomes clickable. Clicking the image summons a loading bar (and a jarringly loud sound effect to go along with it) and then takes you to a different webpage with the Pokedex entry you see above.

Like the image of the Pokemon itself, this Pokedex entry is glitched. The Pokemon’s name, category, height, and a few of the words in the description are all unreadable, making it hard to determine what this Pokemon is. We know that it’s a fighting type Pokemon, and judging by the wording of the description, it’s an evolution of a Pokemon that already exists.

Of course, there’s plenty of speculation about what this Pokemon could be, but we’re left waiting on The Pokemon Company before we find out more. We’ll update you when we hear more from The Pokemon Company about this mysterious little creature, so stay tuned for that.