Google’s Pixel 4a 5G will offer faster connectivity in a familiar phone, and now we know just how familiar to expect it to be. Set to be officially unveiled at Google’s “Launch Night In” on September 30 – alongside the Pixel 5, a new Chromecast, a smart speaker, and more – the Pixel 4a 5G could well end up being one of the most affordable ways to put 5G in your pocket.

Compared to the existing Pixel 4a, the 5G version is expected to get a bigger display: 6.2-inches rather than 5.81-inches. It’ll use the Snapdragon 765G processor with 6GB of memory, it’s believed, and have two cameras on the rear.

They’ll be a 12.2-megapixel main camera, leaning heavily on Google’s computational photography talents as well as supporting 4K60 video recording, and a second, wide-angle camera. The latter is likely to have a 16-megapixel sensor combined with a 107-degree lens. No dedicated telephoto camera, with zooming done using software rather than hardware. 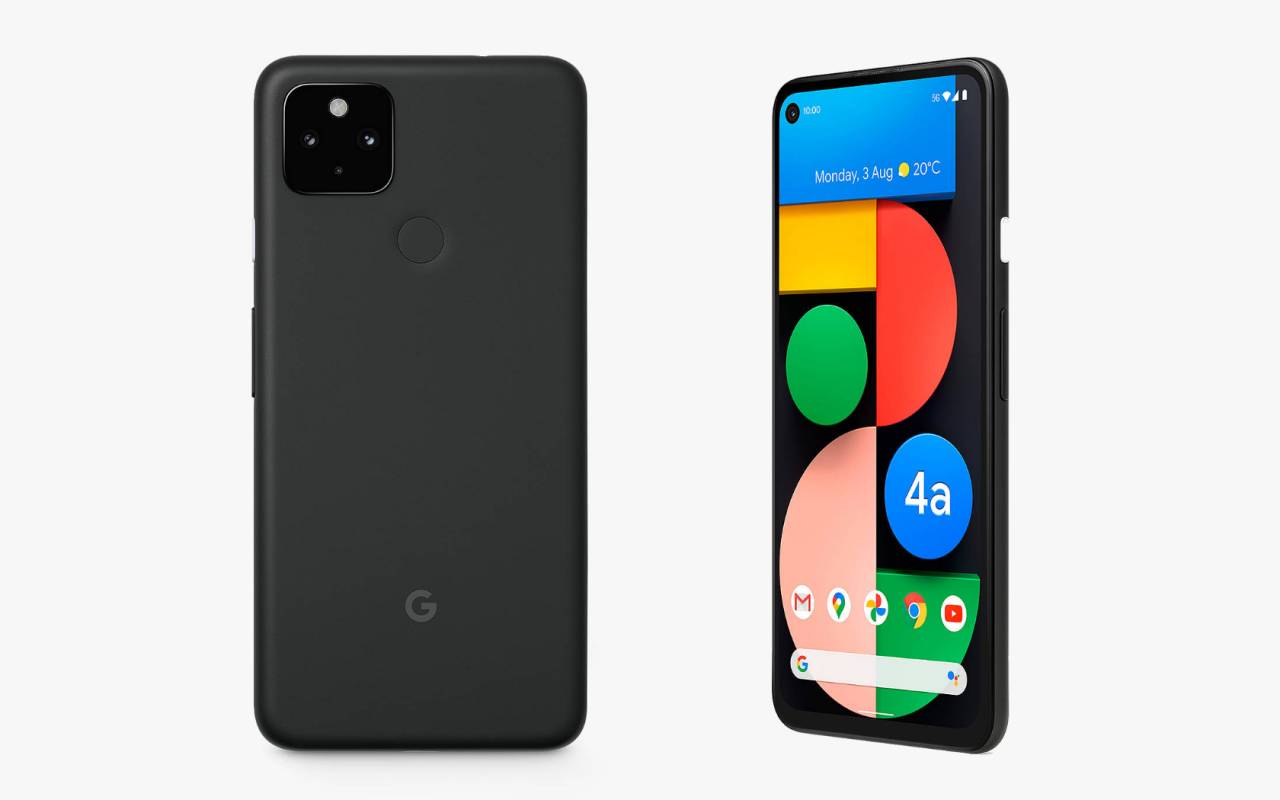 The lingering question was, with the specs generally known, what would the Pixel 4a 5G actually look like? Turns out, we don’t need to wait until next week to find out. UK retailer John Lewis may not have listed the 5G handset yet, but a goof with official images has spoiled some of the surprise. Its Pixel 4a listing apparently uses the Pixel 4a 5G renders.

While the retailer’s product description for the phone might describe the regular Pixel 4a that’s already on sale – complete with 4G LTE – the images show a subtle difference. Check out the status bar and it shows “5G” for the service status. As 9to5Google also points out, the render has the familiar wallpaper Google has been using for its teasers for the upcoming 5G phones.

Clearly, we shouldn’t expect dramatic design from the new phone. Then again, that’s not the focus here. Google’s emphasis is on making 5G more affordable, without sacrificing elements like the fastest access to Android OS updates and a decent camera. In short it follows a similar recipe to the Pixel 4a that arrived earlier in the year, and which seems a whole lot more attuned to 2020 than some of the high-end, high-price flagships other phone-makers have been pushing.

As for the Pixel 5, leaks detailing that smartphone arrived earlier this month. Expect cameras in line with what the Pixel 4a 5G packs, along with a 6-inch OLED display running at 2340 x 1080.