This OS update brings on a number of new icons that are flatter than in OS X Mavericks, but not quite as flat as iOS 7 or 8. Notification Center is also updated to make seeking events, reminders, stocks, weather, and other oddities much more integrated. 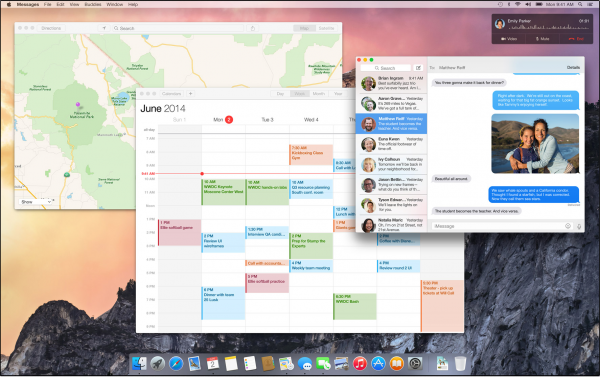 Widgets will also soon be appearing through the Mac App Store – though we’re expecting more of this to happen closer to Autumn when the OS is released to the public in Beta form.

Spotlight Search has been expanded to search through applications, documents, contacts, calendar, mail, and messages. One search might bring up a Wikipedia entry, location of said search term, and a map connecting you directly to it. 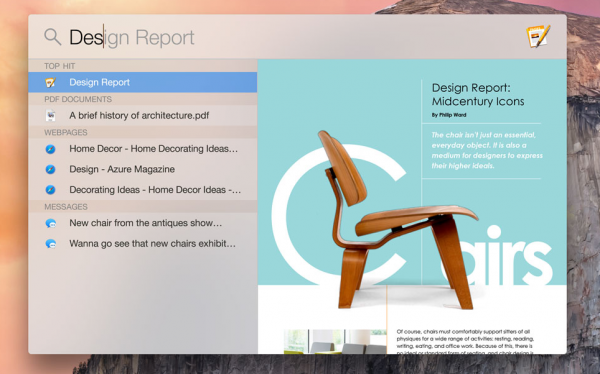 Yelp reviews are connected to Spotlight Search now and iTunes results appear for easy purchase too. Above you’ll see PDF documents, webpages, and messages appearing in search results as well.

The OS X Yosemite app Mail has been given a new feature called Mail Drop. This feature allows you to send larger attachments than previous versions of Mail – up to 5GB per message. The attachment will be received as normal if your email recipient uses Mail, or as a link to iCloud if they use a different app or system like Gmail. 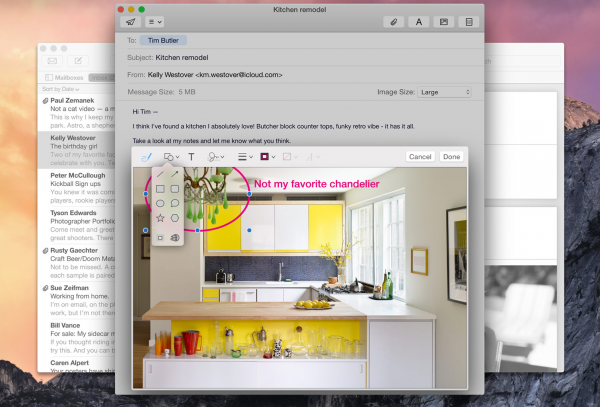 Markups are integrated into Mail, allowing you to – for example – attach an image and draw a funny face directly on it. From Mail you can fill out forms, take a photo with your Mac’s camera and circle the parts of your apartment you don’t like, or any other oddities you like.

Like enhancements for iOS, the Messages app will allow you to record video or sound and send it to your friends and family. Messages can be one-to-one or in a group, and can be titled with whatever you like. 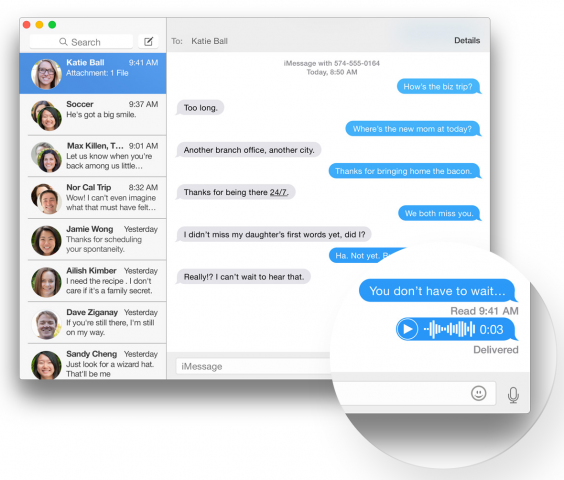 *Note: we’re still testing Messages for OS X Yosemite now, so we’ll see if recording video works. For now we can rest assured that at least recording audio works, while video will work on iOS.

You’ll now be able to work with iCloud as a folder on your computer’s desktop. This folder connects to your iCloud Drive, allowing you to drag and drop files that are then synced with your iCloud Drive and all other devices connected to it. 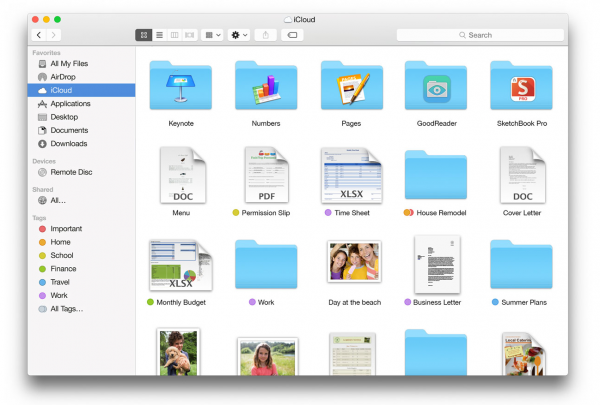 Files resting in the iCloud Drive folder can be edited on any device they’re visible with, and all edits are synced to iCloud instantly.

With OS X Yosemite comes the ability to use your iPhone as a conduit through which you can make phone calls from your desktop. This system requires that you have an iPhone with iOS 8 as well as a desktop with OS X Yosemite. 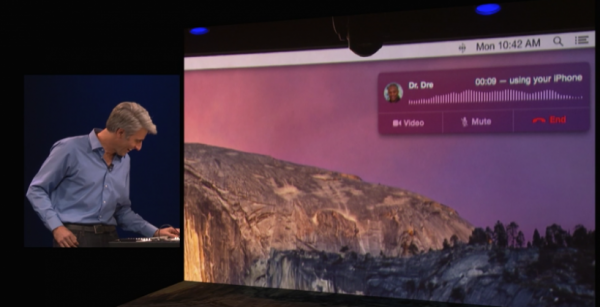 Apple used this system at WWDC 2014 to speak onstage with Dr. Dre.

Safari has been stripped down significantly. This new vision has a Favorites view that appears only when you tap your Smart Search Field – aka your URL bar. Favorites View also appears this way in the newest version of Safari for iOS 8. 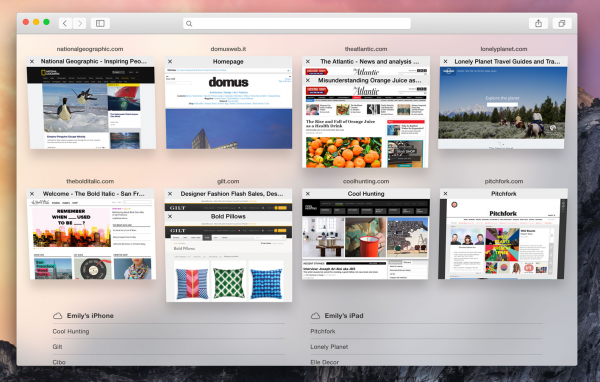 A new tabs view allows you to organize everything you have open at once- supposing you’re a tab-monger. Twelve pages open in one webpage and 4 in another displays only two columns in this new view – very simple.

Safari also has an enhanced search through its Smart Search Field, showing you suggestions like a Wikipedia article, Google Search results, and other abilities. You can search for your term in your browser history, go to the site you’re aiming for with the keyword (or url), or find that keyword on the page you’re already in. 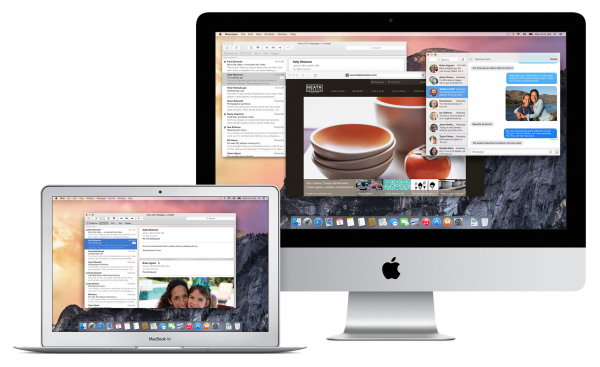 Have a peek at SlashGear’s Apple hub for more information on OS X Yosemite, hands-on impressions, and more WWDC 2014 as well!