A herald is a sign of something to come – in this case, OPPO F11 Pro is a sign that it’s almost time for the launch of OnePlus 7. Details of the last several OPPO F “Pro” devices turned out to be early guidelines inside which OnePlus’s phones seemed to be delivered. Be it happenstance, coincidence, or some third reason, the OPPO F Pro line launches of past years seemed to usher in the OnePlus phones that’ve been released not long after. Today we’re looking at the OPPO F11 Pro from that perspective.

What about the Oppo R lineup?

The Oppo R smartphone line seems to have been another smartphone design guide on which the OnePlus line relied in the past. We do not know and do not pretend to know if the design teams with these brands work with one-another. It could all be a simple case of industry-wide industrial design inspiration.

But have a peek at our previous analysis of expectations we had for the OnePlus 6 based on OPPO R15 specs. This was released before the OnePlus 6 was revealed by the company itself. One example there was the OPPO R11 (shown below on the left). The OnePlus 6 is shown on the right. See if you can spot the differences! 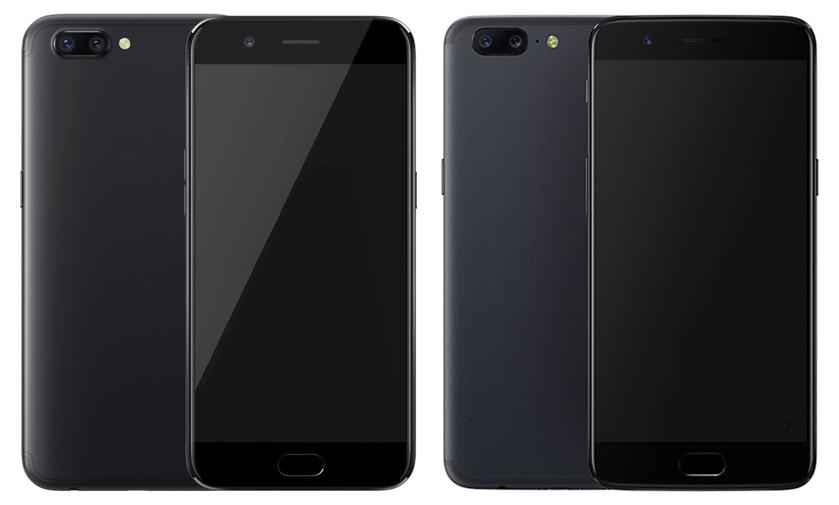 In early 2018, the OPPO F7 was released, followed by the OPPO R15 Pro, and the OnePlus 6. In the image we’ve got here, you’ll see our early mockup based mainly on the appearance of the OPPO R15 Pro. A pattern begins to emerge – primarily on the front side of the phone, but a bit on the back too.

The phones above show that OPPO certainly looks to the F line as they move toward their R line. The OPPO F7 had no “Pro” model, but the F9 did. Like many phones released throughout Asia, there was no “8” model, then just skipped right over the number due to a widespread believe that the number 8 is unlucky.

In the second half of 2018, the OPPO F9 and F9 Pro were released, followed by the OPPO R17 and R17 Pro. Then we’ve got the OnePlus 6T right next door. Notice how the R15 (from earlier in the year) has a design that looks a whole lot like what the OPPO F9 Pro became.

In March of 2019 we got our hands on the OPPO F11 Pro. This device looks like a radical departure from “F” devices of the past – and streets ahead of the R17 Pro. So what’s the deal here? What can we expect?

We’ve got a bit of a clue for the OnePlus 7 from notoriously accurate renderer OnLeaks. He’s got the CAD files for the phone, like usual, more than likely. As such, his rendering is probably pretty much the reality of the situation. 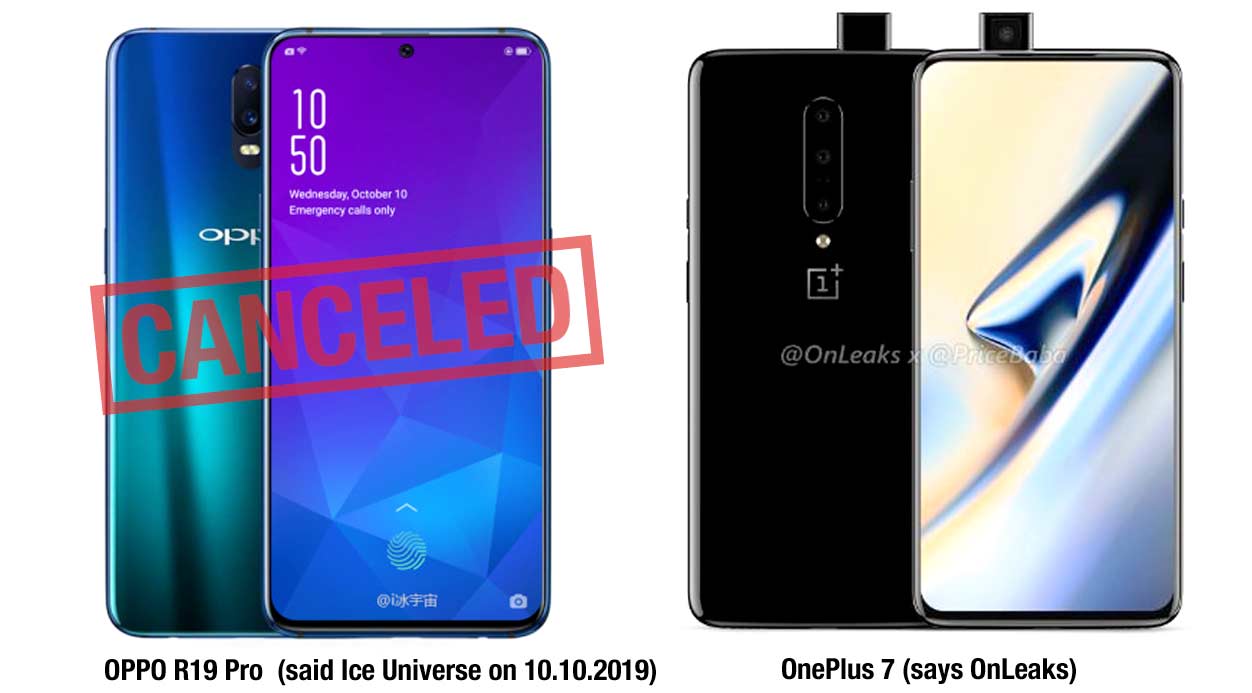 Leakster Ice Universe predicted a look with a hole-in-display frontside this year for an “OPPO R19” (with an edited version of the R17, to be fair, but still). In reality, OPPO might not end up releasing an R19 Pro this year at all, if their VP speaks truth. Or if his comment was interpreted accurately, I should say.

According to IT Home this February 15th, OPPO Vice President Shen Yiren replied to speculation that the OPPO F11 would be re-branded OPPO R19 in China. He said “Not R19, there is no R19 this year.” That may be why the F11 is so futuristic – it might just be the F and the R jammed into one machine. The force of two phones, in one!

So we’ve got a pretty decent chance at knowing what the OnePlus 7 will look like. We’ve also got a bit of a spec sheet going if you really want to get deep into details. Consider a 6.5-inch display, no notch, three cameras on the back, a Time of Flight sensor (being one of them), and a pop-up camera.

The reveal date for this device is expected to hit smack dab in the middle of May of 2019. The release date won’t likely be far behind.